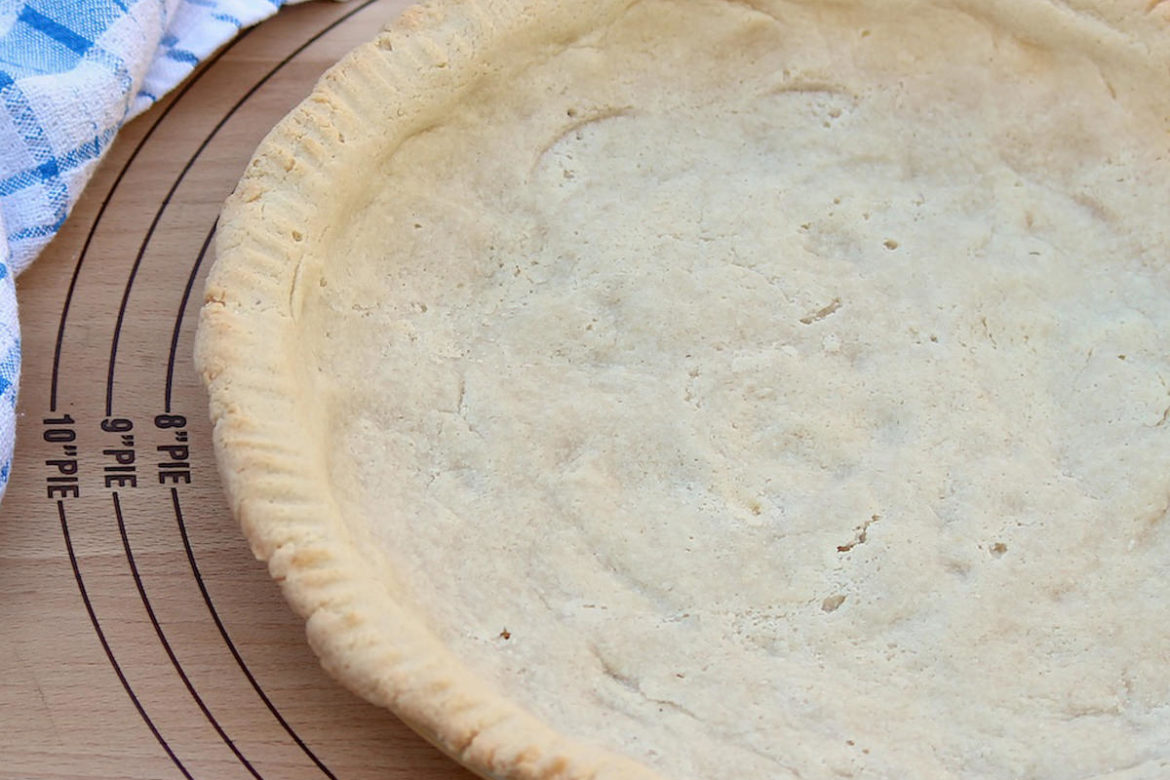 The perfect pie deserves the perfect crust.  Traditional rolled crusts can be daunting for many, and some simply can’t eat the wheat flour.  Whatever the reason, this nutty, cookie-like crust is a breeze to whip up–grain-free with a hearty dose of protein, too.

To make this recipe more similar to a classic pie crust (as opposed to a graham cracker crust) I adapted my original almond crust recipe in several ways.  Importantly, I added an egg to mimic the protein in the traditionally-used wheat flour.  An egg was the key to success in this pizza crust, so why not in a pie crust?  I have also tried this recipe with two egg whites (the crust sticks more to the pie dish this way, but tastes virtually the same) and varying amounts of sugar.  For a sweeter crust, you could add another tablespoon or two of sugar.  For a savory pie, the sugar should be eliminated.

As an extra note, I’ve also experimented with this crust by substituting a portion of the almond flour with Bob’s Red Mill’s hazelnut flour–which complements pumpkin pie beautifully.  There is a crust recipe using all hazelnut flour on the Bob’s Red Mill package, which I tried when I was working on a new pumpkin pie filling.  The package recipe tastes amazing but is a bit crumbly when cut.  I recommend trying if you aren’t striving for a perfect-looking wedge of pie. Additionally, I once baked the hazelnut crust recipe with coconut oil in place of the butter and coconut milk instead of the cream for a dairy-free guest.

We especially love this crust paired with Maple Pumpkin Pie. 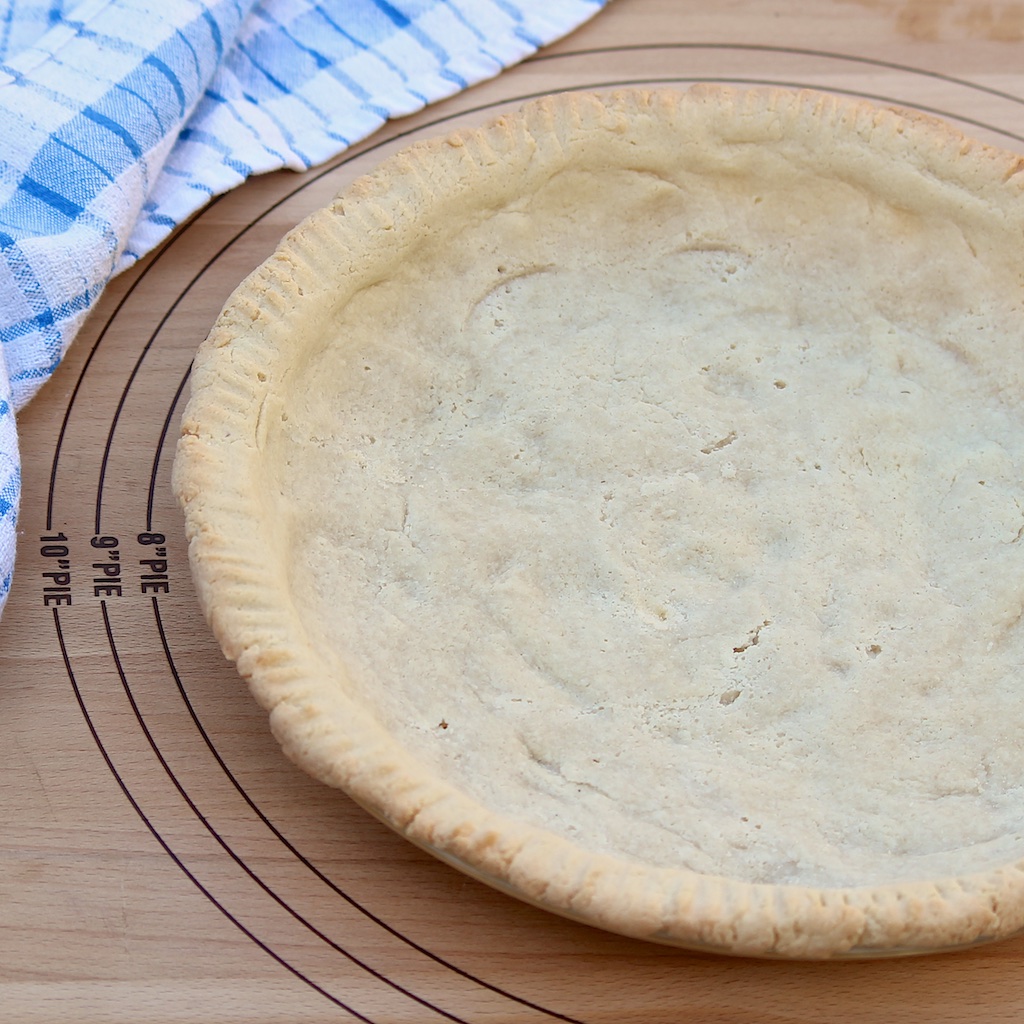 Almond Flour Pie Crust (gluten-free)
Greasing the pan is not necessary when baking traditional wheat flour crusts. When baking with nut flours, I highly recommend it--or line the pan with parchment. The following crust tastes delicious straight out of the oven, but I like it even more on the second day.  Wrapped tightly and refrigerated, this crust will maintain its freshness for one week. 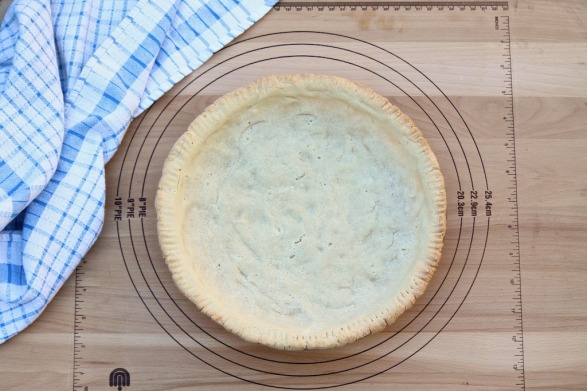 This almond flour crust recipe can be pressed into the pie plate instead of rolled out and transferred and will fit a 9-inch pie plate perfectly. 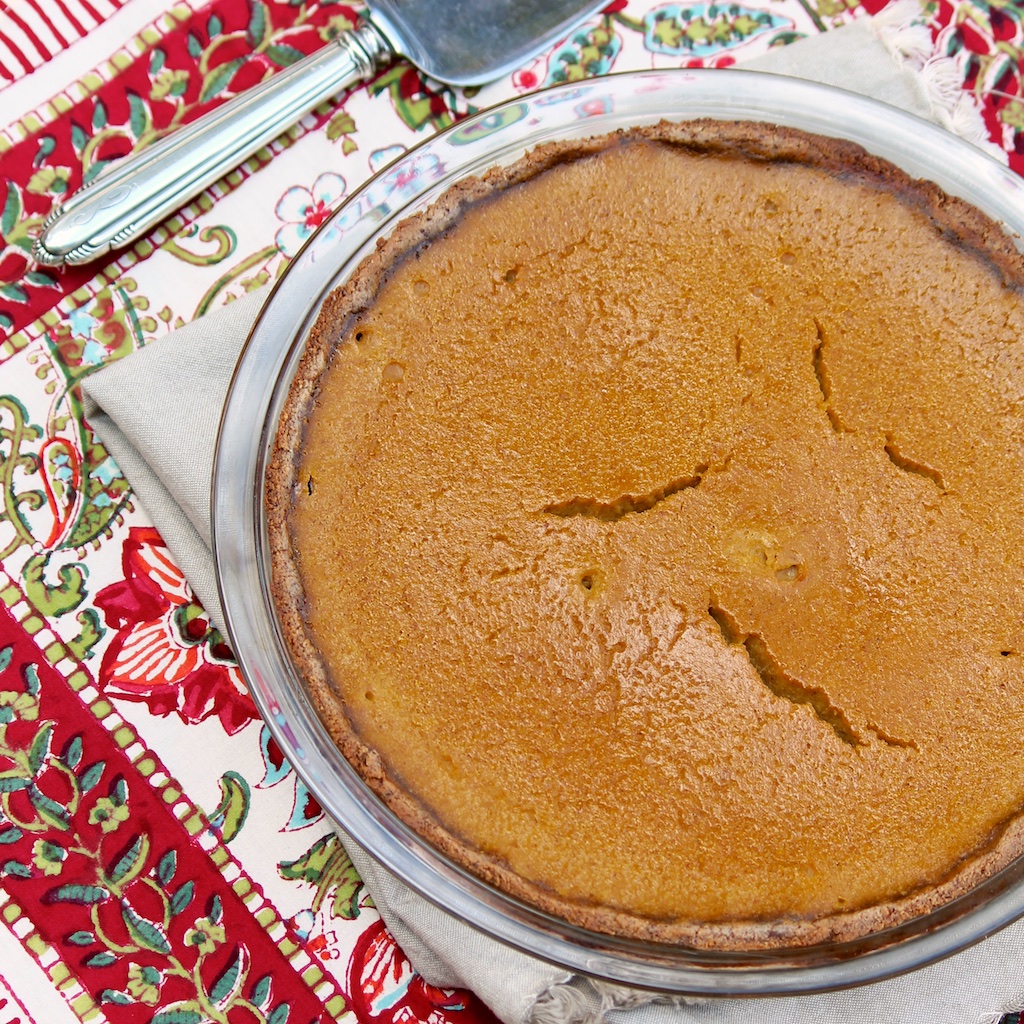 This Maple Pumpkin Pie is pictured in a hazelnut crust, but the filling is equally delightful in the above recipe for Almond Flour Pie Crust.