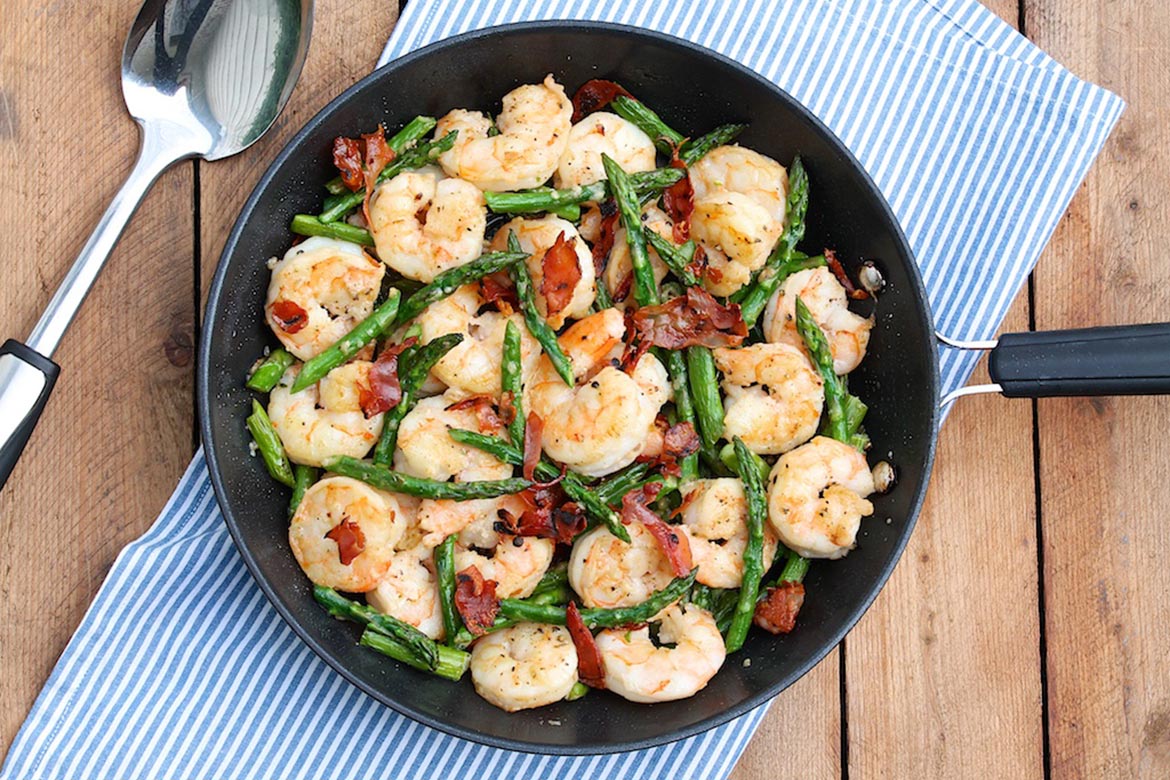 Variety is the spice of life, as the saying goes, and in my day-to-day work with The Fountain Avenue Kitchen, I’m lucky to have a hearty helping of it.

Beyond the requisite cooking and photo taking, there’s plenty of writing and editing for both my newspaper column and the many recipes I post regularly to my blog. Maintaining a website also takes a good bit of time and, as with anything computer-related, snafus often arise when least expected. I realized long ago that I could share many more recipes with my readers if only I had a tech-savvy assistant with a fondness for food, a flair for social media, and perhaps even liked to snap a few photos here and there. (Any takers?)

In recent years, I’ve also spent a steadily increasing amount of time on recipe development for a handful of local and national companies. In years past, you might have picked up a can of soup or a box of pasta in the grocery store and noticed a recipe on the label. Those package recipes still exist, although manufacturers are increasingly offering a wide variety of online recipes as a helpful resource to their customers.

Usually, a company finds me through my blog and reaches out with the thought that I might provide a steady source of reliable recipes. If the product or company is new to me, I do my research and ask a lot of questions. Developing a series of recipes around a specific ingredient means that my family will be eating a lot of it, and I won’t be any help to anyone if I’m not 100% behind the product.

A few months ago, I embarked on a tasty new challenge for The American Shrimp Company, a Louisiana-based business that sells wild caught American shrimp harvested from U.S. coastal waters. During my initial information-gathering stage, I learned much about the company, their safety standards, and their sustainability efforts, including their commitment to biodegradable packaging materials. (They literally dissolve when water is poured over them and can be used to fertilize your grass or garden!)

I also picked up some trivia, which is always good for some light-hearted entertainment around the dinner table. For example, did you know that the average American consumes four pounds of shrimp annually? That makes shrimp the most popular seafood in America, trailed by tuna, salmon, and tilapia.

Here are a few other fun facts:

Biologically speaking, shrimp are arthropods, meaning they are invertebrates with an exoskeleton, a segmented body, and jointed appendages.

They are found in both fresh and salt water and tend to stay close to the bottom.

The average lifespan of a shrimp is 9 to 18 months, although some species, such as the North Atlantic shrimp, are known to live up to 8 years.

The Gulf of Mexico produces a whopping 244 million pounds of shrimp per year. Still, 90% of the shrimp sold in the United States is imported.

Shrimp are considered to be an excellent source of protein, antioxidants, Vitamin B12, selenium, phosphorous, choline, copper, and iodine. 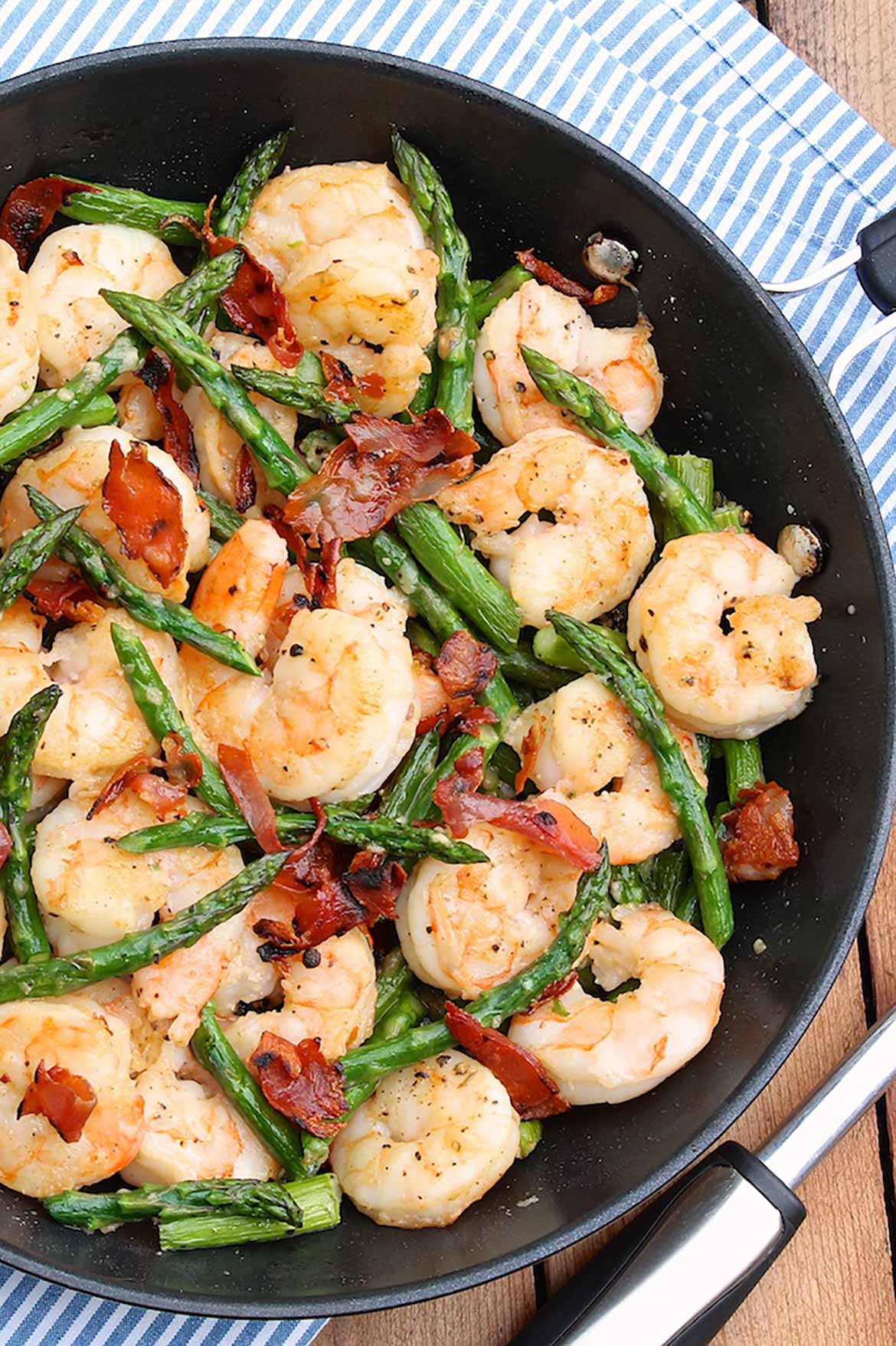 The simple side dish, pictured below, is a family favorite that inspired the heartier entrée version with shrimp.  Perfect when local asparagus is at its best, a small amount of prosciutto and Parmesan ramp up the flavor, and the simple addition of shrimp transforms it into a light yet satisfying meal. As a bonus, the whole thing cooks on the stovetop in minutes—and in a single pan. 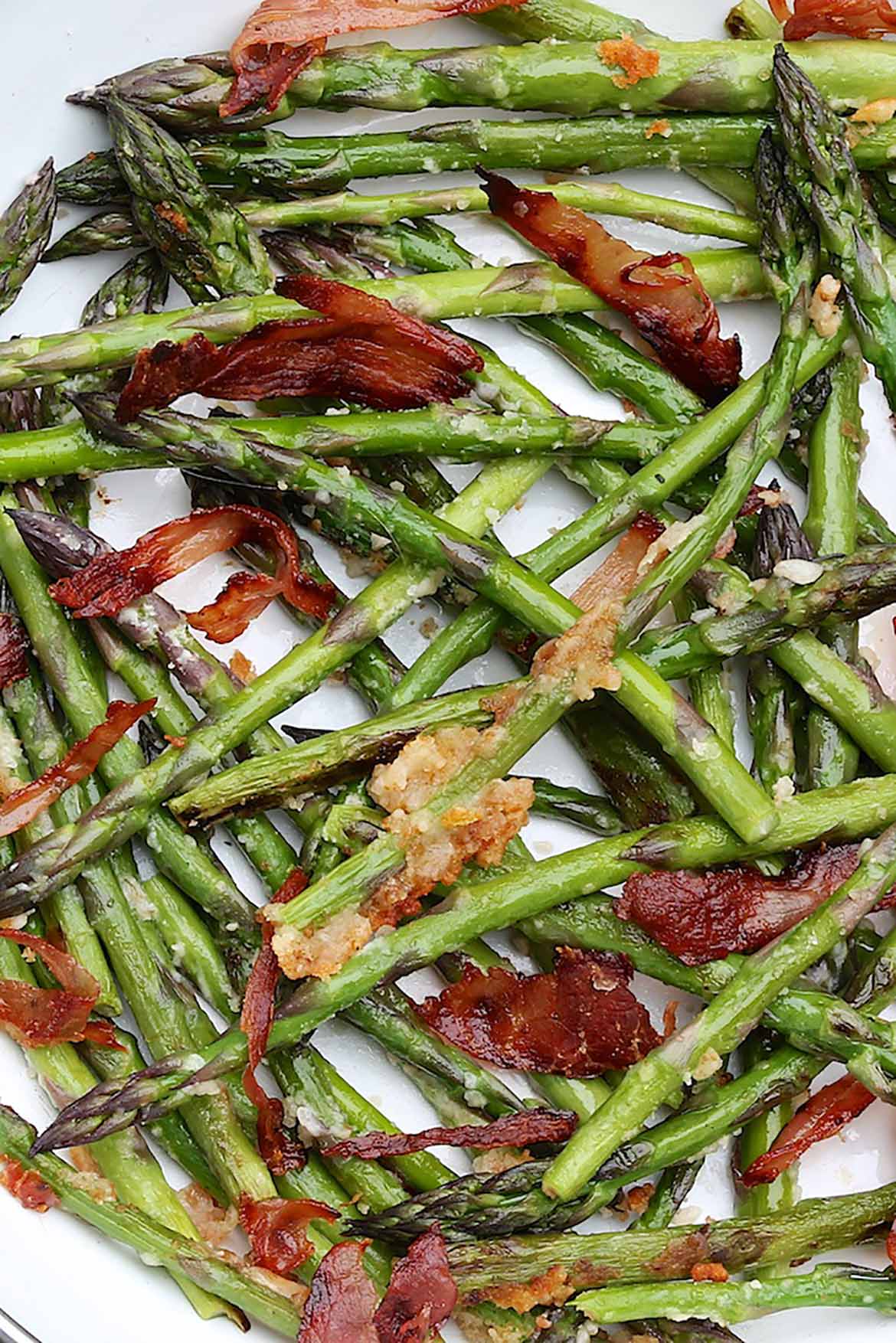