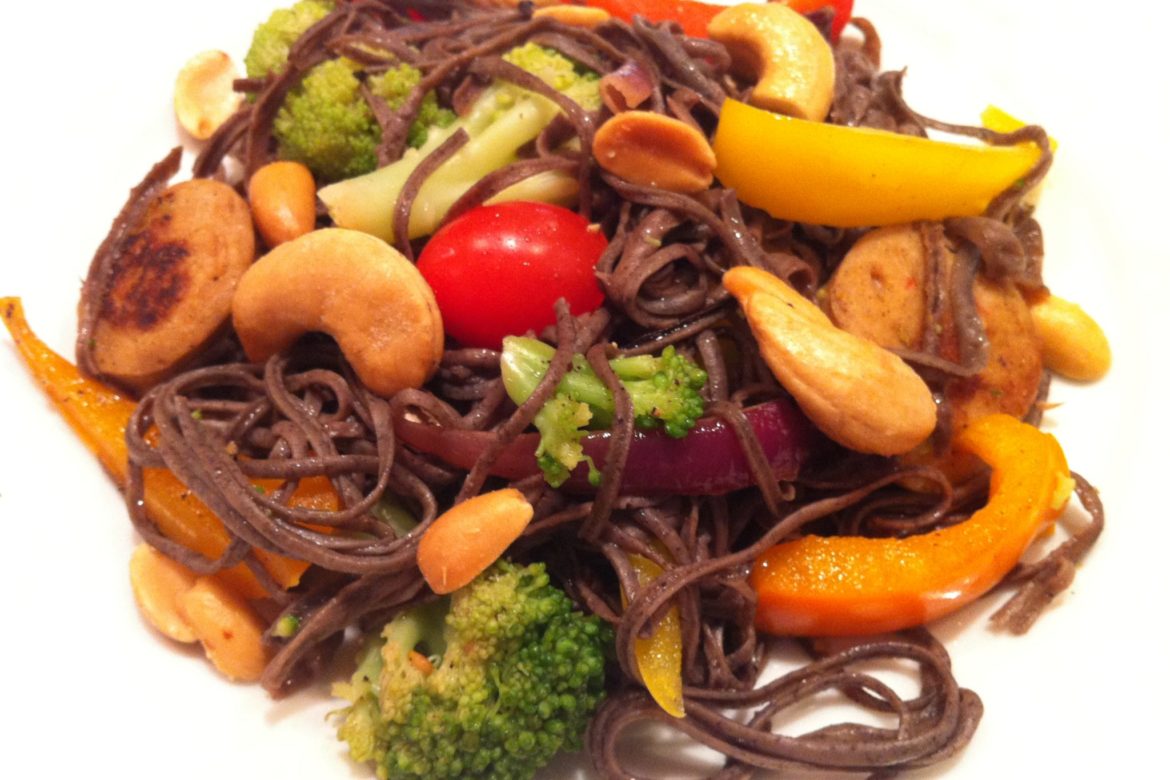 Have you ever heard of black bean spaghetti?  My sister-in-law noticed it last year and picked up a package for me, knowing I’d be intrigued.  I had no expectations and was dubious that the kids–or even the parents!–would like it.  To my surprise, it was a hit all around and everyone looks forward to this meal.  In fact, tonight during dinner, my 10-year-old was marveling out how he REALLY doesn’t like black beans, but he just LOVES this spaghetti.  For the record, it is made of 100% black beans, so it is an excellent gluten-free option.  It is also packed with protein and minerals, unlike most pastas.

I think the pasta would be equally excellent topped with a marinara sauce.  However, every time I prepare the black spaghetti, as we call it, I go the stir-fry route since we all enjoy that version so much.  I typically omit any meat, although this time I included some chicken sausage, and everyone gave that addition a thumbs up. Recently, we were having this for leftovers and my younger son asked if his friend could stay for dinner.  I said “sure!” but provided the disclaimer that dinner was leftover black spaghetti, thinking that information might scare him right back to his house for dinner.  Our nine-year-old friend proved to be most adventurous and cleaned his plate.  He later told his mom that she really had to buy black spaghetti…which she did! 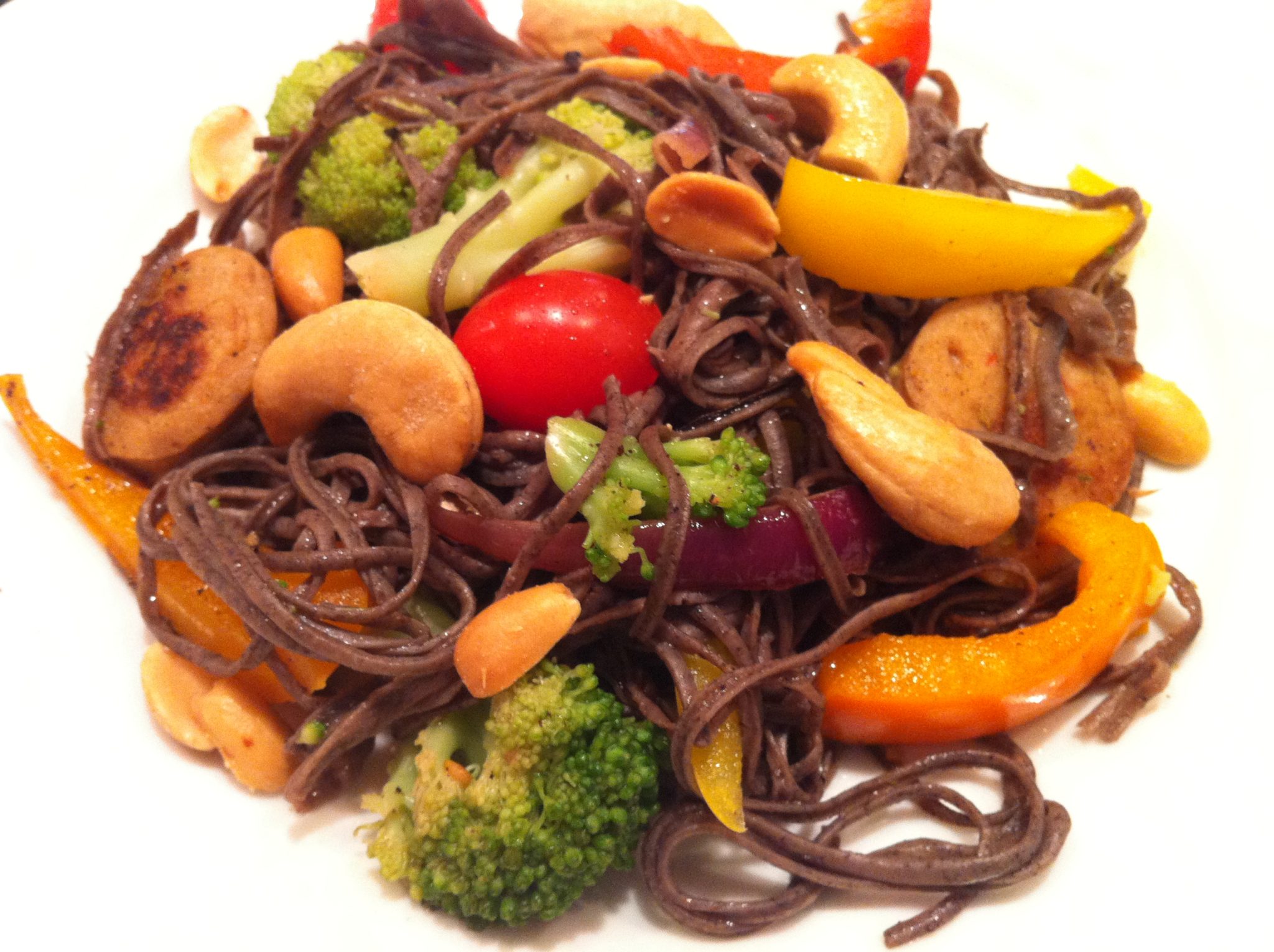