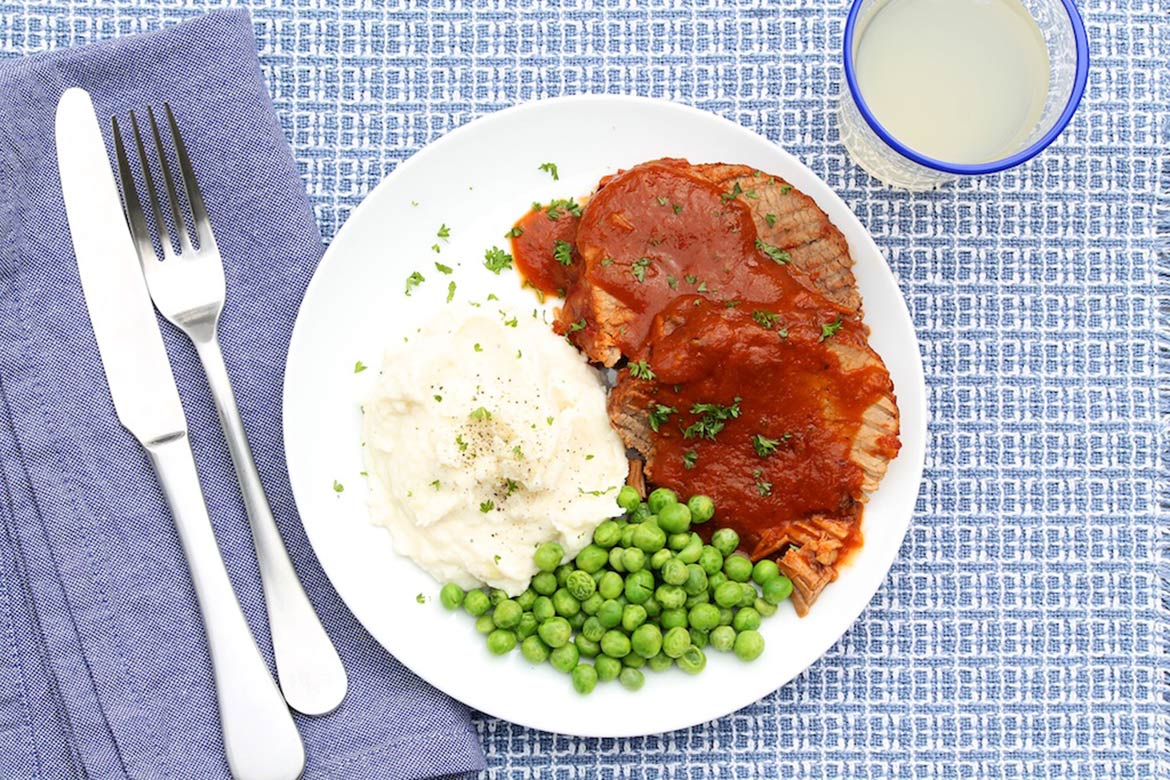 Ratios, conversions, measuring, multiplying: there’s a lot of math in cooking. Every so often, I even use ∏r2 to calculate the area of a round baking pan in order to best choose a baking dish for a specific recipe—and I think of Frank Geiger.

Mr. Geiger was my 11th grade pre-calculus teacher at McCaskey. My first one-on-one interaction with him came on the first day of class when he suggested that I save the chitter chatter for later if I hoped to earn a decent grade.

The initial scolding did instill a bit of fear in me, but it was no more than a simple reality check: if I wanted to do well, I had to listen. The class was the most demanding I’d taken to date, and I quickly realized that Mr. Geiger was willing to give as much of himself as he demanded of his students.

He arrived to school early and stayed late each and every day to help the students that wanted a little extra help. (I made frequent appearances.) He set the metaphorical bar high and he encouraged his students to keep stretching until they reached it. Looking back, he stands out as one of my all-time favorite teachers.

Every Friday, Mr. Geiger offered an extra credit assignment. It was always a lengthy and complex critical thinking problem; bonus points were not given willy nilly. My mom, who loves a good brainteaser, remembers me asking for help every Sunday night around nine o’clock. She’d gamely work with me until we found the solution, as I needed every point I could get. (She clearly deserved a few bonus points herself.)

Fast forward a couple of decades, and my sons are taking really hard math. My older son took a class called IB Math a few years ago, and though it sounds rather basic, it was anything but. He began meeting with Dave Myers, a retired math teacher who taught at McCaskey for 37 years, many of them alongside Mr. Geiger.

Amidst the quadratic equations and coefficients, we’ve gotten to know Dave pretty well over the years, talking sports, comparing vacation notes, and even sharing a recipe or two.

Dave’s wife Margie once told me that he’s a meat and potatoes guy, and one of his favorites is this flavorful Swiss steak. I never had Swiss steak until Margie shared her recipe, but it has turned into a family favorite here, too. As a bonus, the dish preps quickly and an incredible aroma fills the kitchen as the meat and veggie mixture simmers throughout the day. The resulting meat is fork tender and the sauce has a bright, tomato flavor. Over time, I have made a few tweaks to the recipe, which was passed down from Margie’s mother, but it’s very much true to the original. 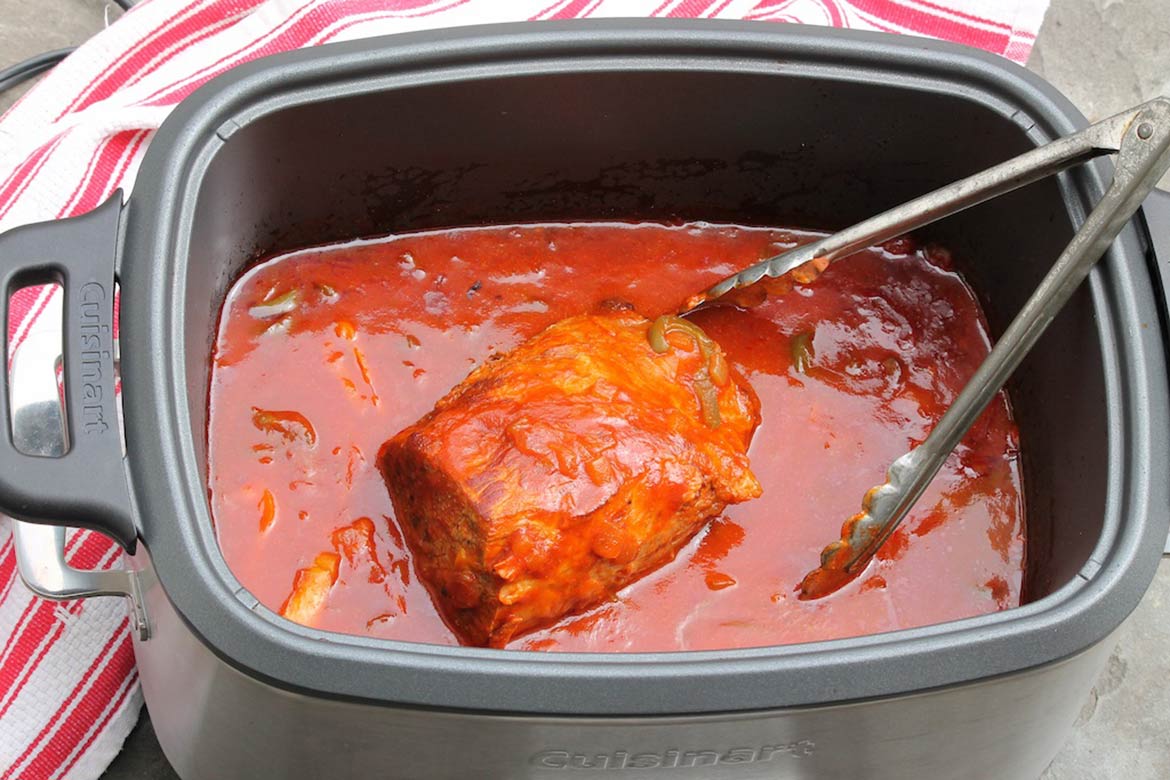 It seemed only fitting to assign a grade to this recipe, and I knew a few students who were more than happy to test the meal and weigh in. After making the recipe many times over the last few years and consistently clearing plates that were scraped clean, you can probably guess the grade. (Extra credit was also awarded because leftovers taste even better!)

The cooked meat can be sliced, shredded, or broken into chunks as preferred. Margie serves it in steak-like pieces, about the size of a deck of cards.  Dave enjoys his Swiss steak served with mashed potatoes and a green salad and/or green vegetable. I sometimes serve it with a baked potato–my kids like to mash the sauce into the baked potato instead of butter. 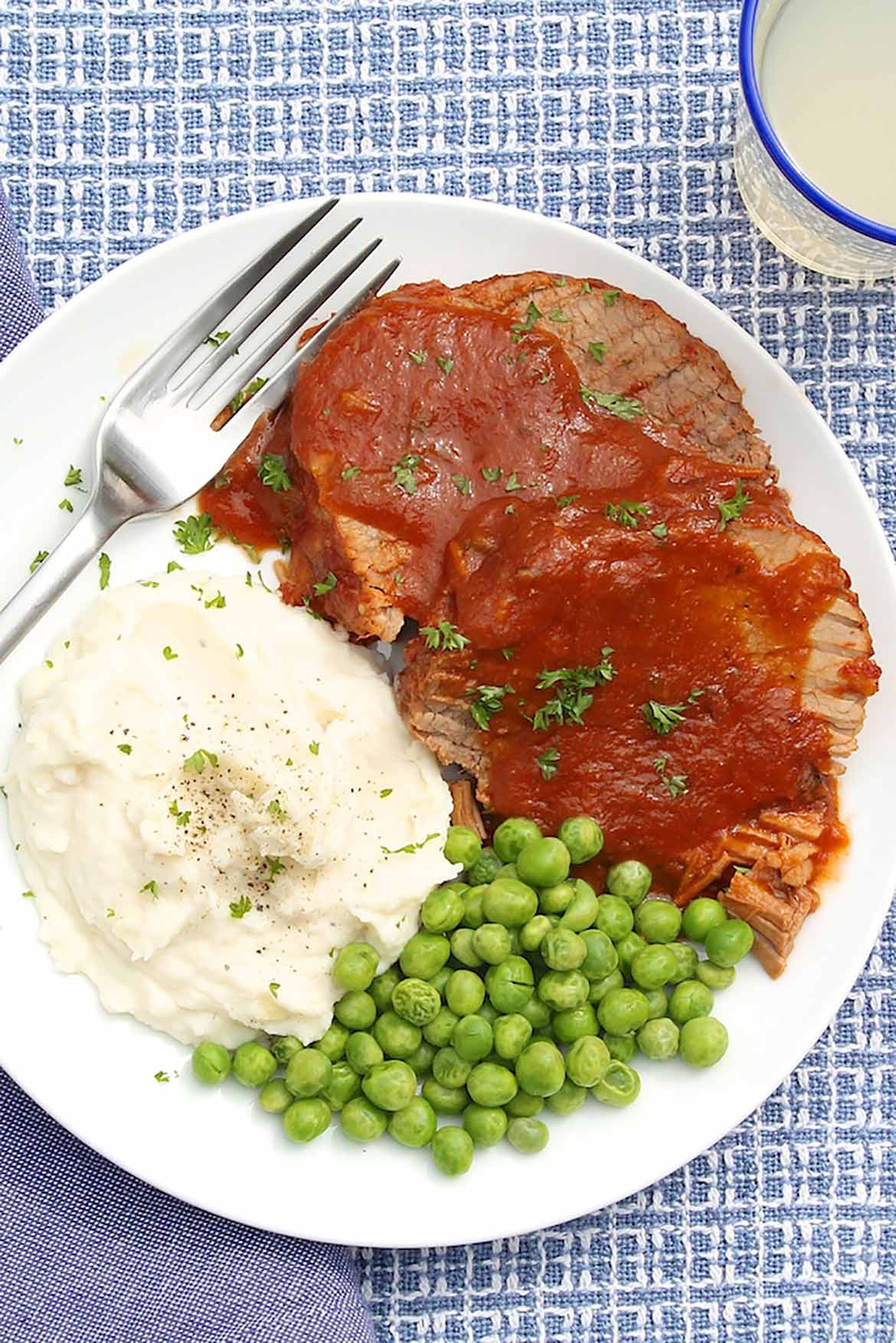 The Swiss steak is equally delicious over noodles. Whenever I have leftovers, I shred the meat and use it as a delicious meat sauce for pasta. 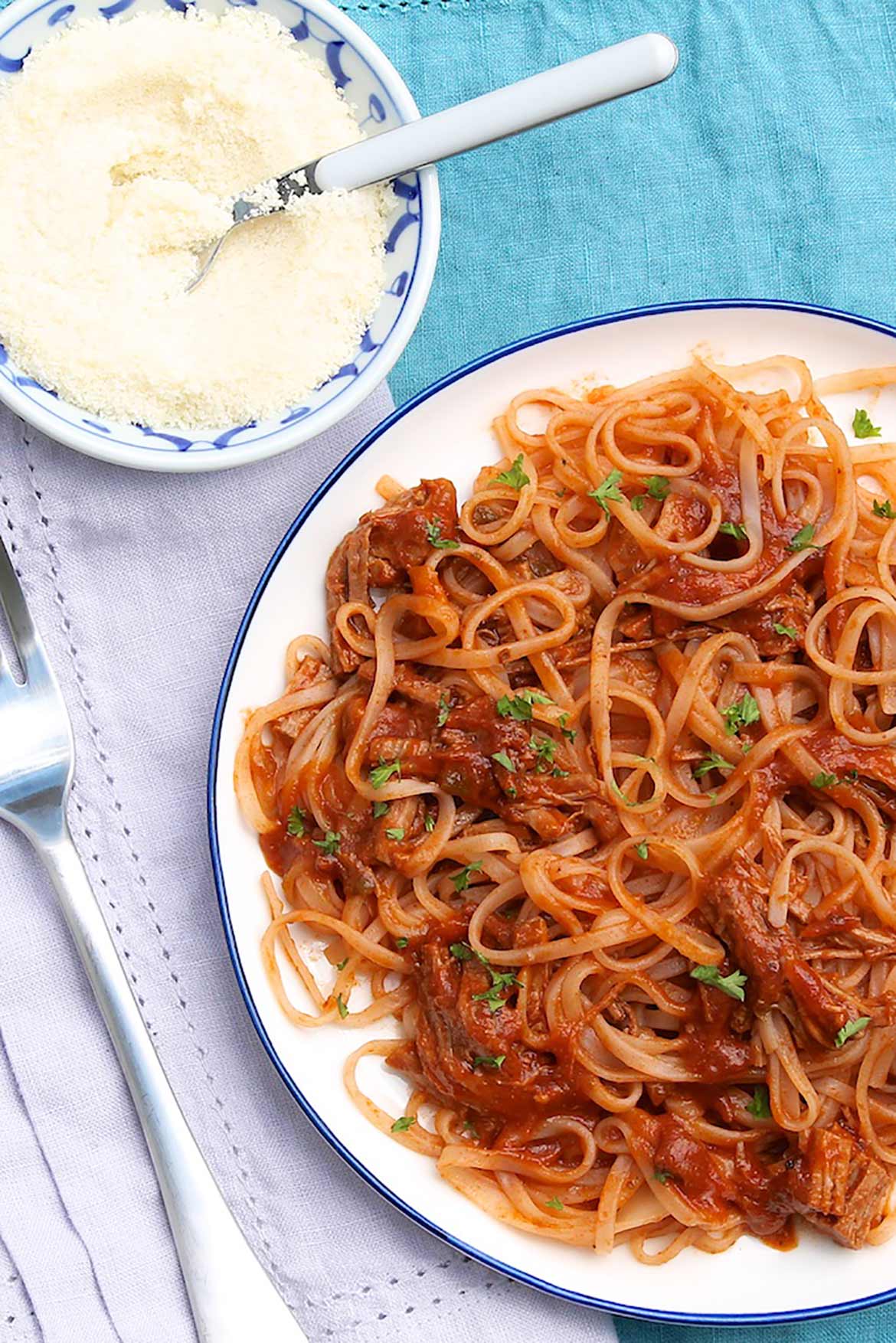 A-Plus Swiss Steak
A saucy, slow cooker favorite that's delicious over pasta, polenta, potatoes, or with a crusty roll for mopping up every last drop!