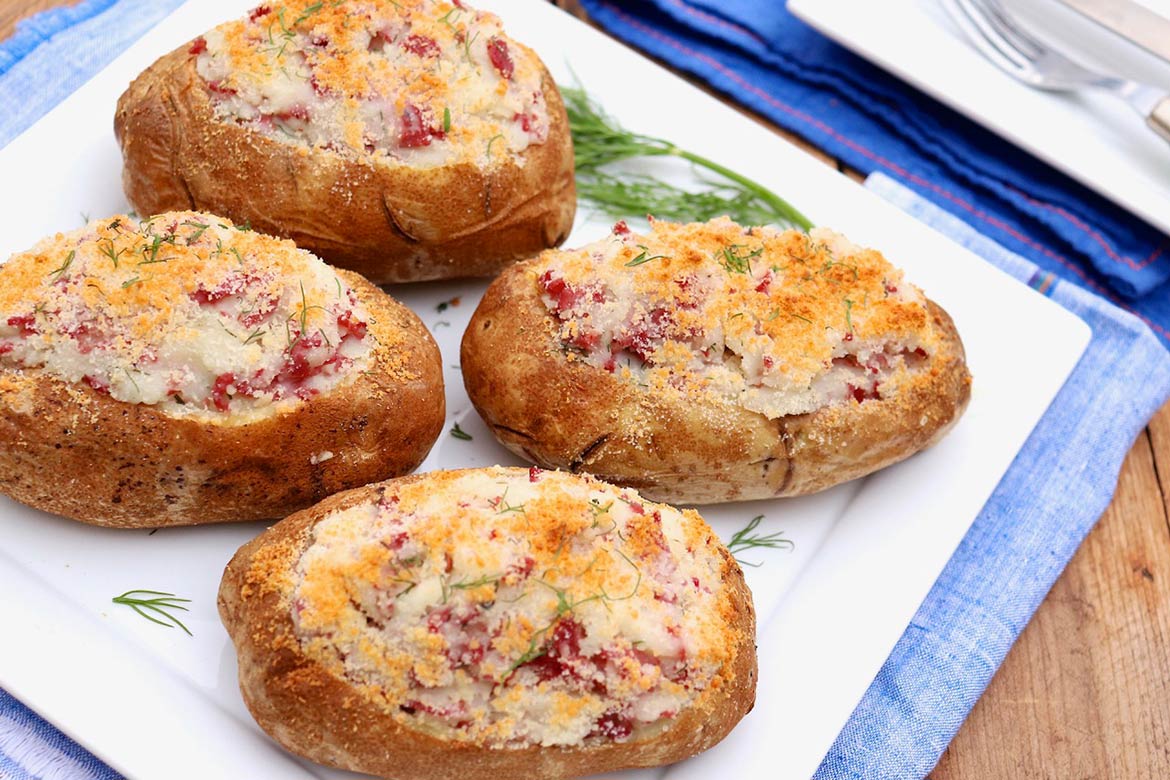 In a recent conversation, I mentioned to my sons that I learned a fair bit of what I know about cooking from The Joy of Cooking and an assortment of Junior League and Barefoot Contessa cookbooks. They almost didn’t believe me.

Since most any question can now be answered with a quick Google search, my kids understandably considered these books to be relics. They found it hard to fathom that I wouldn’t have learned to cook from an app, a blog, or a well-stocked box that I ordered from Amazon.

So I reminded them that I got my first real computer and email account only after I was married. In college, I used a Brother word processor and there was no Internet to help with term papers!

In many ways, modern technology renders my shelf full of cookbooks obsolete. But I make a point of—and truly enjoy—paging through those dog-eared, food-stained editions from time to time. Recently I found a thoughtful thank you note that my son’s friend, Jonah, wrote for a birthday present some 10 years ago (I had used it as a bookmark) and an old recipe card for which I had searched high and low and finally deemed lost forever (apparently a convenient bookmark as well).

Amidst the assortment of memory-laden newspaper clippings, invitations, and photos that seem to serve as handy page markers, however, are a wealth of recipes and stories. So at the end of a long day, I often curl up with an old favorite to see what jumps out.

About a year ago, I revisited Cook This Now, a seasonal collection by best-selling author and New York Times writer Melissa Clark. Each recipe is preceded by a short story that entertains, informs, and makes me feel as though I’m by her side as she peruses the stands at her neighborhood farmer’s market or assembles the ingredients for her evening meal.

In the final pages of her chapter on winter dishes, Melissa addresses her true feelings for corned beef. Her singular memory of this flavorful cured meat was from the deli sandwiches she enjoyed as a child. 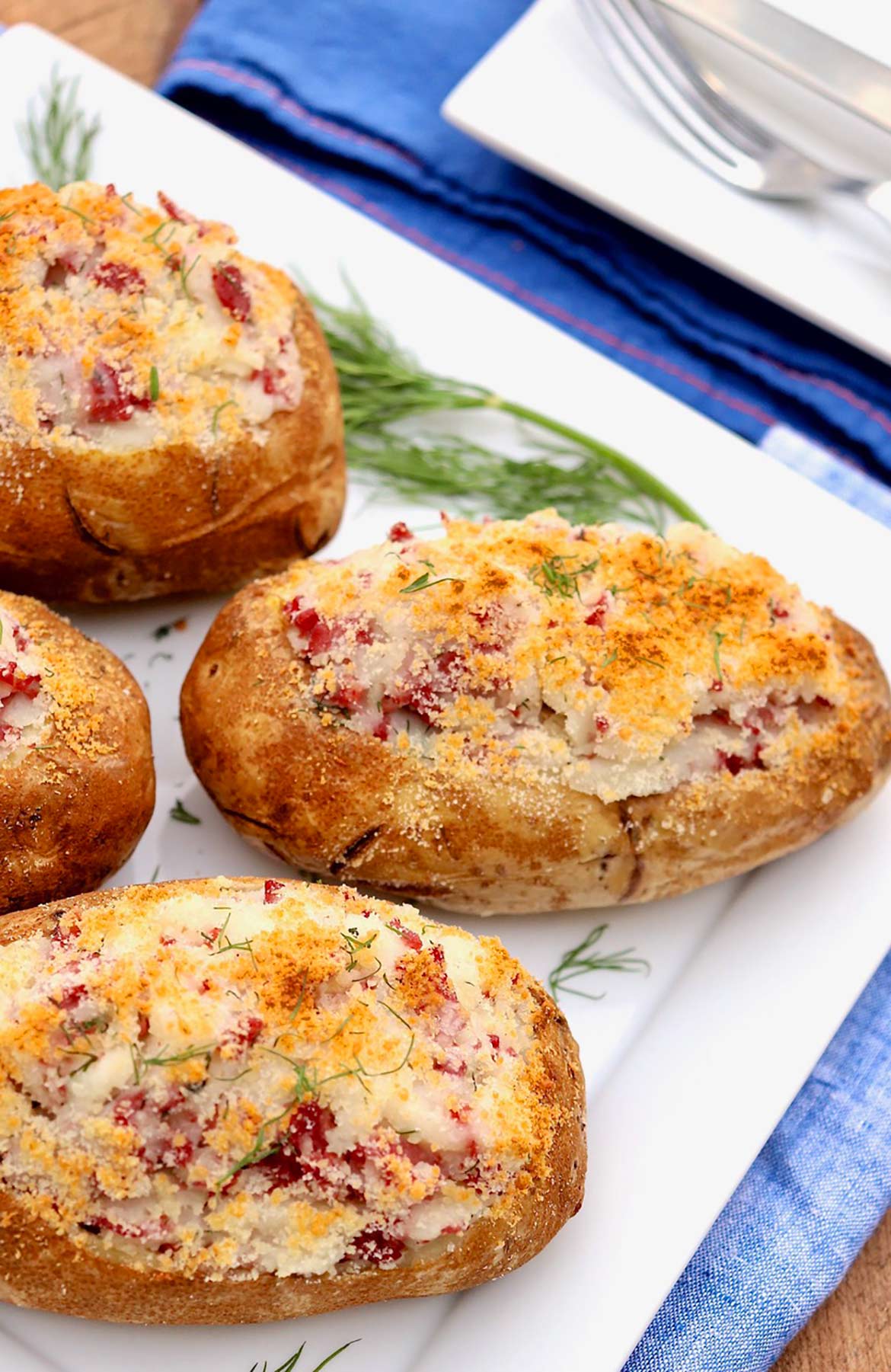 One St. Patrick’s Day in high school, when she finally sunk her fork into a platter of Irish corned beef and cabbage at a friend’s house, she was underwhelmed. Though she contemplates revisiting the traditional holiday meal for her husband and young daughter every March, she’s deterred by the need to purchase a whole corned beef, which can weigh three pounds or more and easily feed eight people.

Somewhere along the way, she thought to combine the flavors of her favored deli sandwich with another Irish staple—potatoes. Over the years, I’ve made several variations of Melissa’s original recipe with results that are equal parts filling and flavorful. 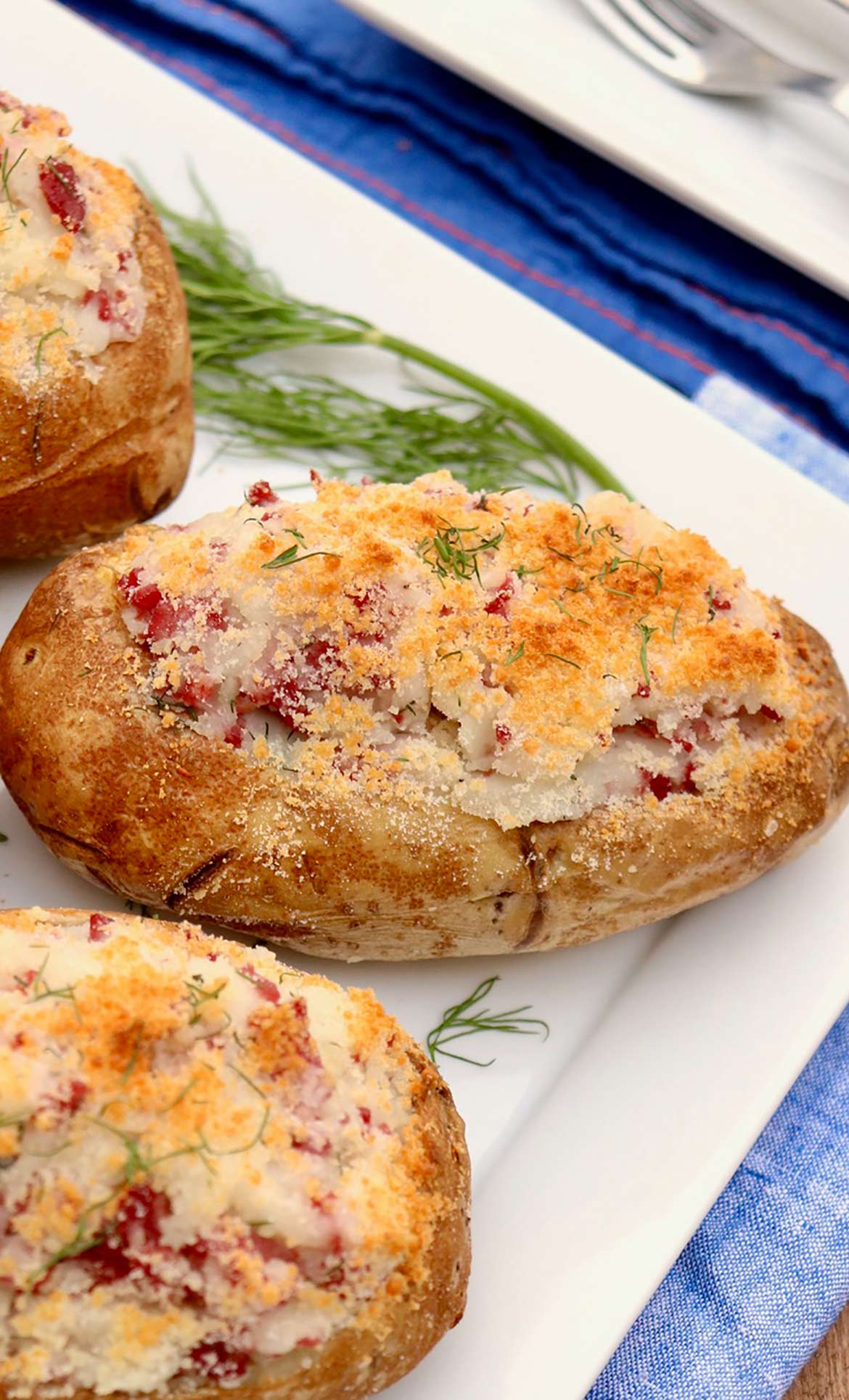 The version that has been the biggest hit with my family contains far less meat than the original recipe, yet it still anchors the meal for my husband and teenage boys. For a well-rounded St. Patrick’s Day dinner, a side of roasted cabbage complements the potatoes nicely, but a crisp green salad pairs well, too. 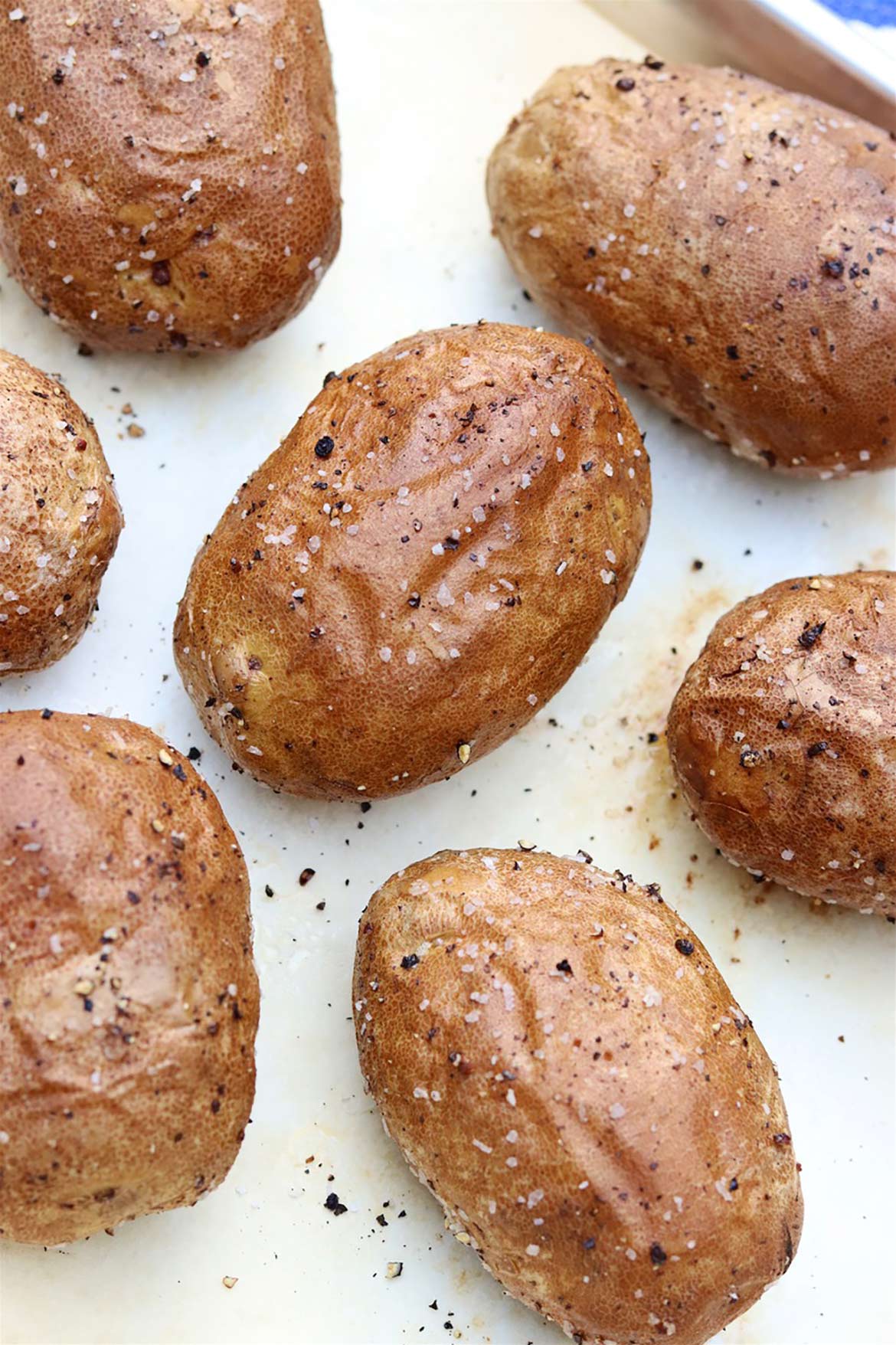 Want potatoes with crisp, flavorful skin and light, fluffy insides every time? Click on the photo for an easy how-to.

Preheat the oven to 425°F. Pierce each potato three or four times with a fork. You may cook as you typically do your baked potatoes, or prepare them as I do: rub each potato all over with a teaspoon or so of olive oil or softened butter (just enough to lightly coat), and then lightly sprinkle all over with kosher salt and pepper. Place the potatoes on a baking sheet. (I like to cover the sheet with foil, which will make for easier cleanup at the end—I don’t recommend parchment for this recipe as it may burn when used under the broiler later.) Bake the potatoes until the skin is lightly crisp and the insides are tender when pierced with a fork, about an hour, give or take 10 minutes depending on size of potato.

When the potatoes have cooled enough to handle, use a sharp knife to slice off the tops. (You can reserve these for quick potato skins another time—just add a sprinkle of cheese, optional cooked and crumbled bacon, and bake until crisp and melt-y.) Scoop out the insides, leaving about 1/4 inch attached to the skin, and transfer to a mixing bowl. Add the corned beef, butter, fresh dill, salt and pepper to the bowl and mash well with a fork.

Pack the potato mixture into the skins, doming it up to use it all. Sprinkle the Parmesan cheese evenly overtop. Return the potatoes to the oven and bake until heated through, about 10 minutes. Run under the broiler for an additional 1 to 2 minutes, watching very closely to avoid burning, or until golden brown.

*You can make 5-6 smaller stuffed potatoes if you prefer. Just make sure you’re still starting with about 2-1/2 pounds russet potatoes for the right ratio of potato to add-ins.

**Fresh dill really enhances the signature taste of this meal and makes me thinks of a corned beef sandwich with a pickle on the side. A light dusting of additional chopped dill on the dinner plates serves as a pretty green garnish. If you’re simply not a fan, you could try 1/4 cup or so of minced fresh chives instead.

***If using table salt, which has a finer grain than kosher salt, I recommend reducing the amount by about 1/4 teaspoon.