A Few of my Favorite Things－September 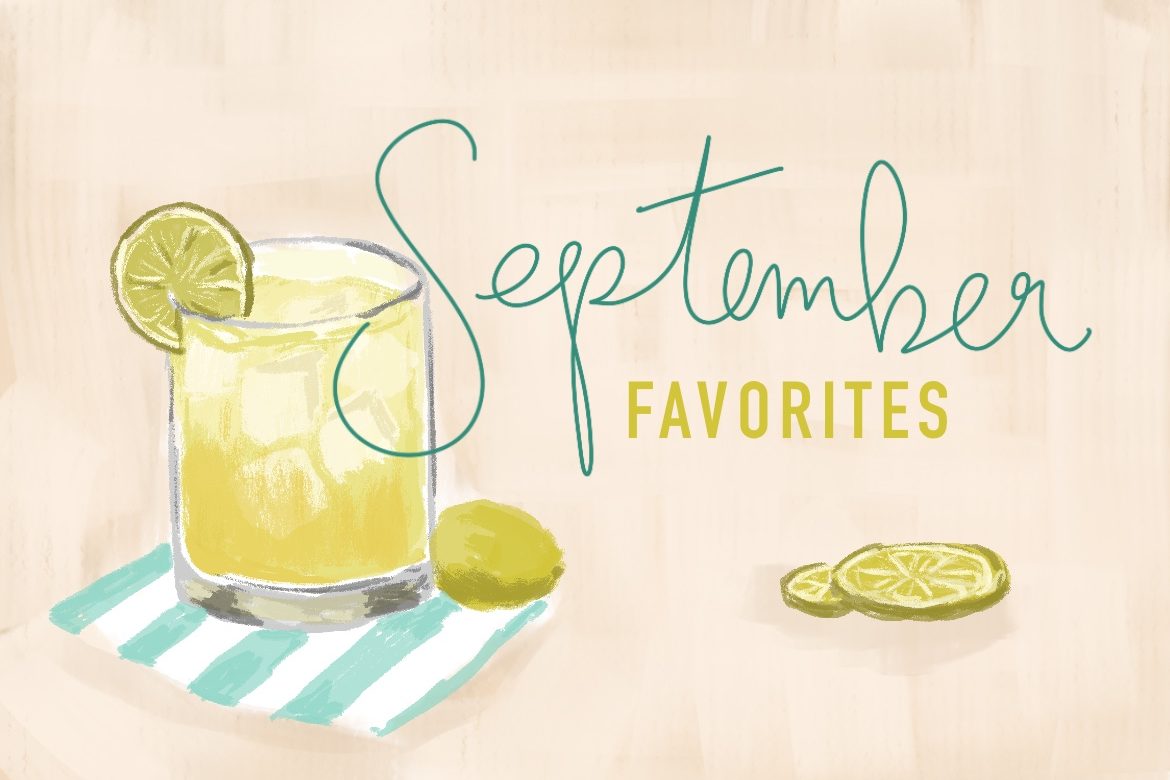 Welcome to another edition of A Few of my Favorite Things, where we share the latest and greatest tips, picks, photos, and finds!

A friend sent me a meme last week that referenced spring break finally being over. It caught me off guard, and I actually had to stop for a moment and think where in the calendar we were.

Along those lines, an image of a school bus might seem fitting right about now for some. For others, it may seem like a rather strange site. (As I type, my younger son is beginning his freshman year of college in front of a laptop in our dining room. My older son will soon start his senior year online.)

Similarly, refreshing cocktails might seem like cover art I’d have used in the height of the summer. But 2020 is all about curveballs, right?

When I recently mentioned I had a few new cocktail recipes up my sleeve, readers spoke! Today, I’m answering with one of the “secret formulas” as well as a collection of my latest favorites and a few recent photos.

So as we get to it, I say cheers to what’s left of summer and to a healthy fall that’s filled with shared kitchen adventures! 🥂

Last month, I alluded to some very good documentaries my family has watched since the early quarantine days, and several readers emailed asking for a list. Here it is, and I welcome you to mention any that you have seen and liked. We could use some new recommendations!

“Join the discussion” is the tagline for 13th, and I love that all of these films are, for better or worse, conversation starters that can lead to meaningful dialogue－and all sorts of positive things can come from that.

🎁Favorite Tip/Gift idea of the Month 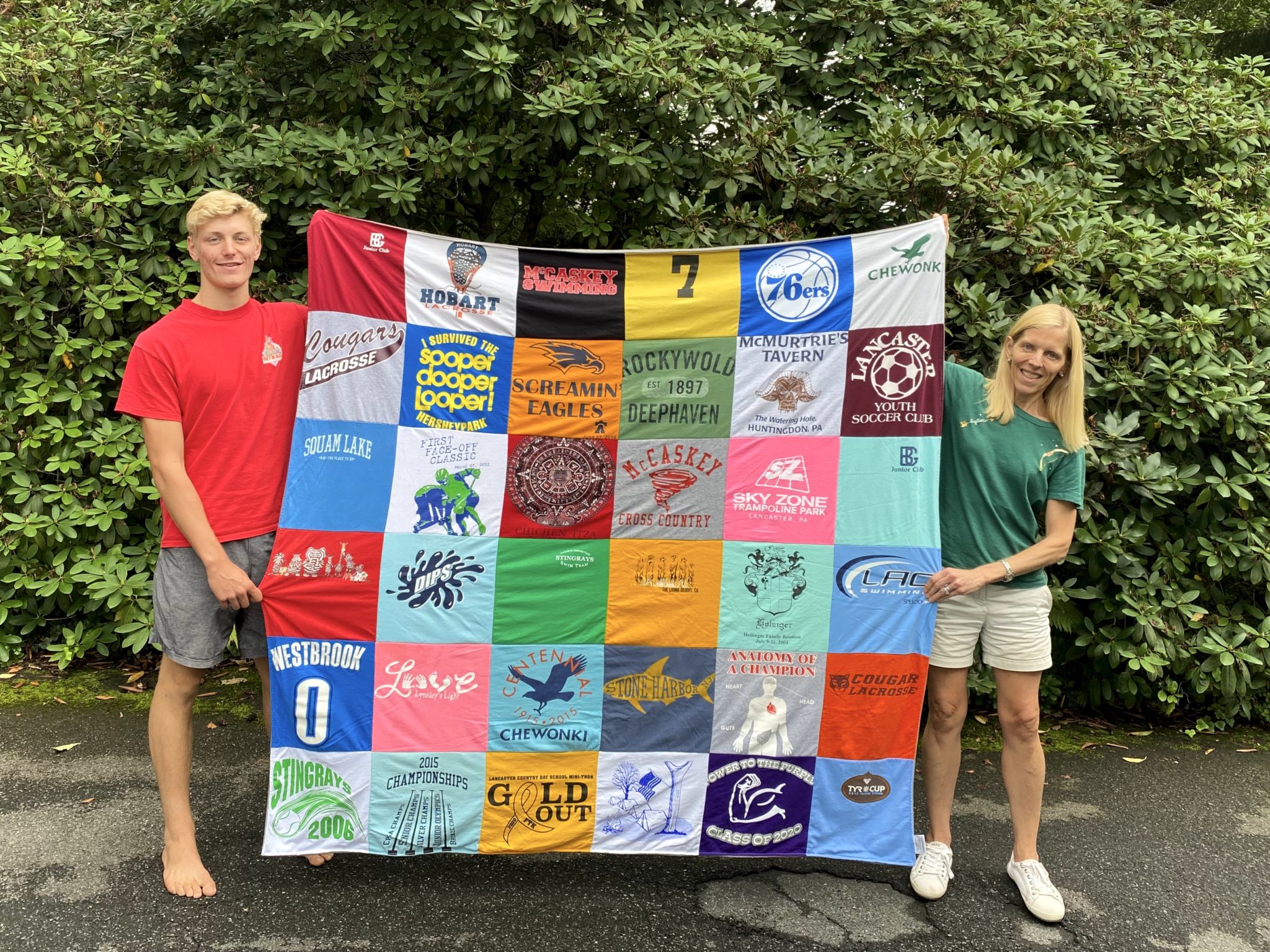 Save your t-shirts…or those of your children and grandchildren! I first heard of a t-shirt quilt when my older son was in pre-school. I loved the idea, so I started saving shirts from various sports teams and family vacation spots. My plan was to have a quilt made for each son as a high school graduation gift, thinking it would be perfect to take to college and elicit lots of good memories. As they outgrew quilt-worthy shirts, I’d stow them in a bag in the basement. Problem was, by the time they graduated, I had amassed too many shirts! Given the choices, I figured the boys might like to choose their favorites. So, I wrapped up the whole stack. They loved going through the old shirts, and the memories and stories they brought back were so much fun.

My younger son had more trouble weeding out shirts－and he liked the idea of a larger quilt－so he used 36 shirts in all (see above). My older son opted for a smaller blanket. Two photos down, you can see the smaller throw.

I ordered through a company called Project Repat, where you can choose among a variety of sizes for use as a bedspread or a throw. The process is easy and the results were excellent. 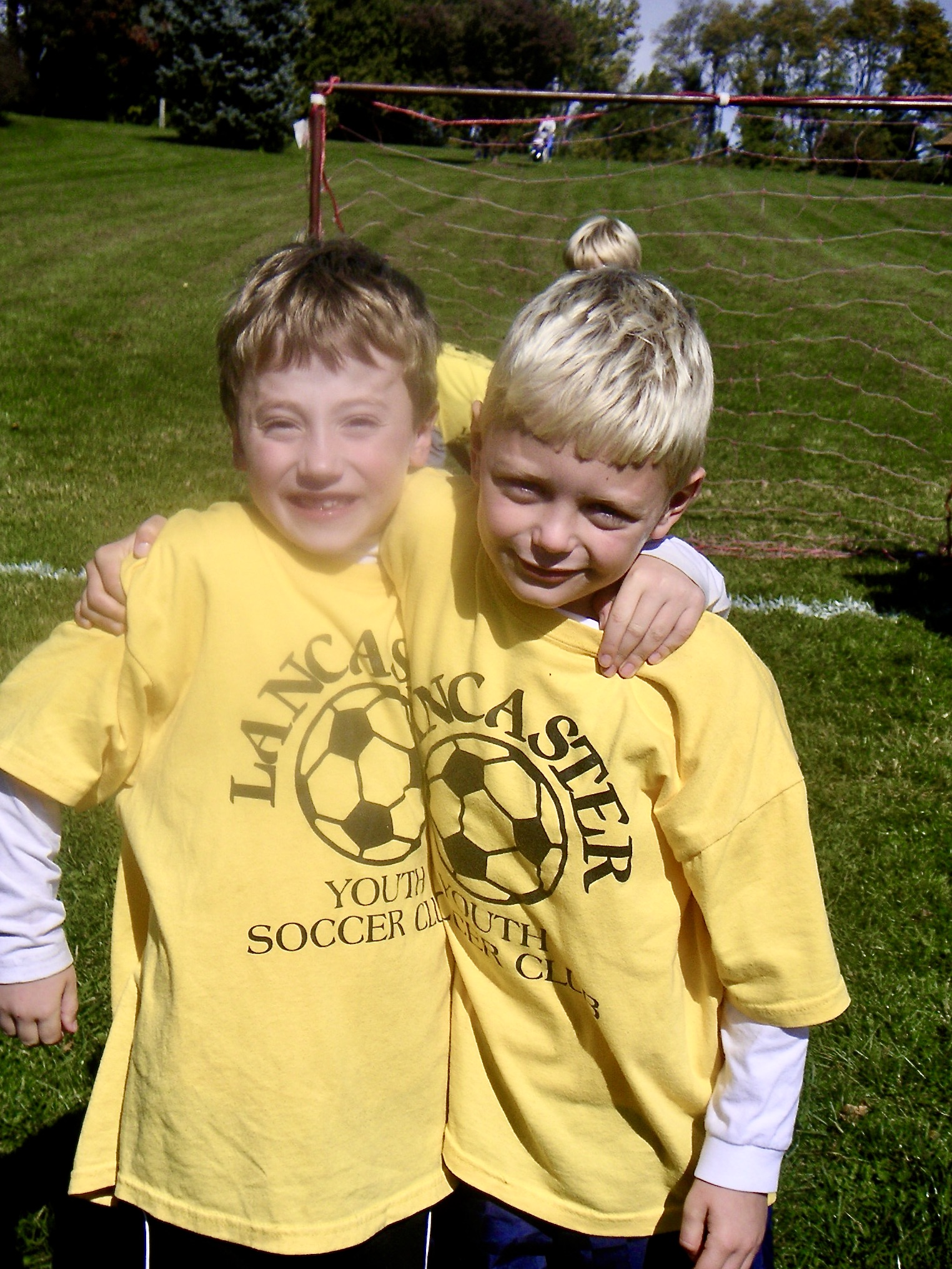 See the square in the quilt photo above with the yellow number 7? This was the front of that shirt! Christian and his friend, William, were six. 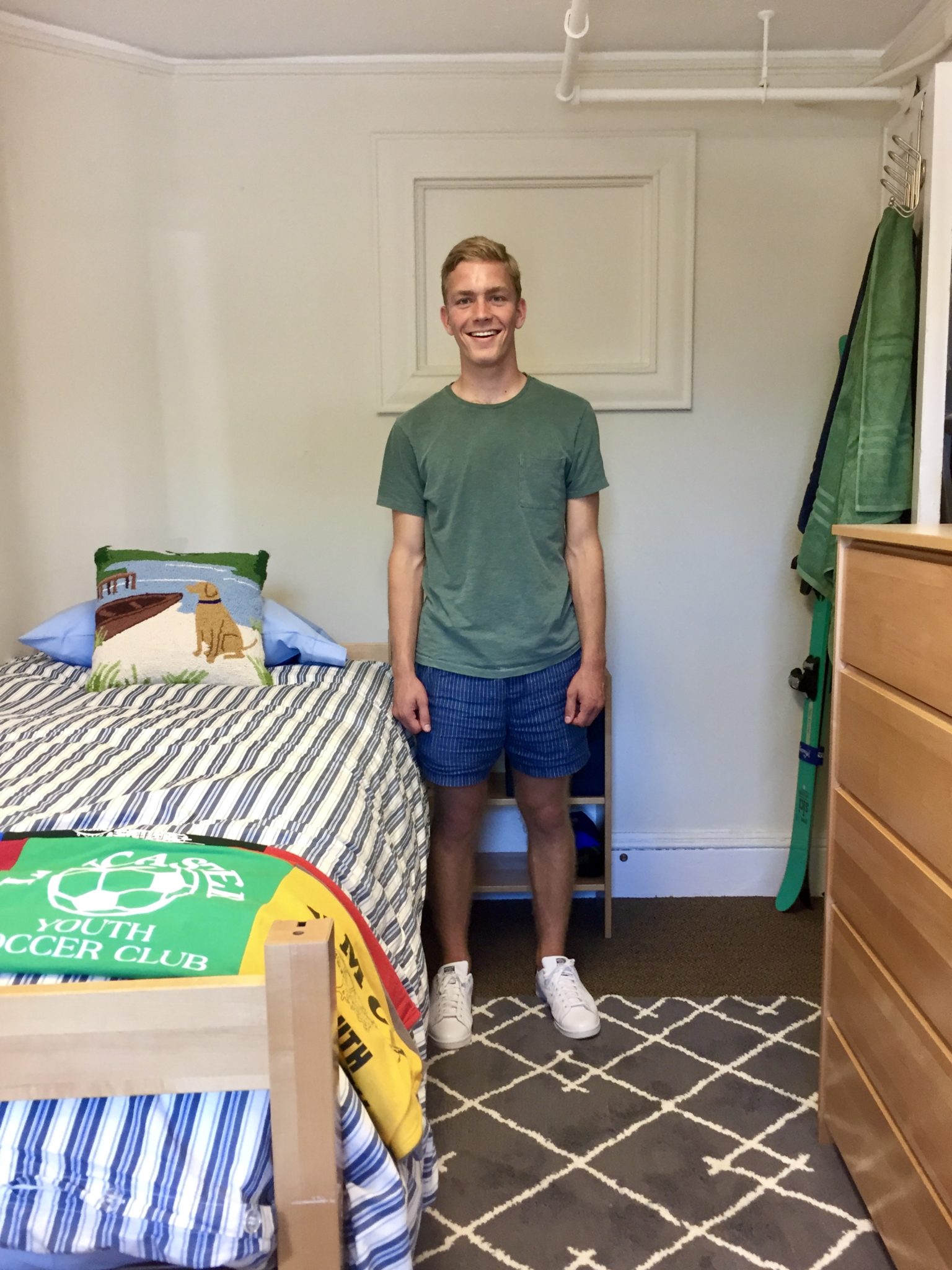 You can see John’s t-shirt quilt at the bottom of his bed in his freshman year dorm room.

One other tip for those who have young children or grandchildren starting a new school year: purchase an accordion file and label each pocket, starting with kindergarten and ending with 12th grade. ⇩⇩ There happens to be the perfect number of pockets－13－which are ideal for all the important papers and mementos kids bring home over the course of the year. I always slipped an extra school photo in each pocket, as well as report cards, sports and academic certificates, and favorite art projects. The file becomes a helpful reference over the years as well as a special keepsake! 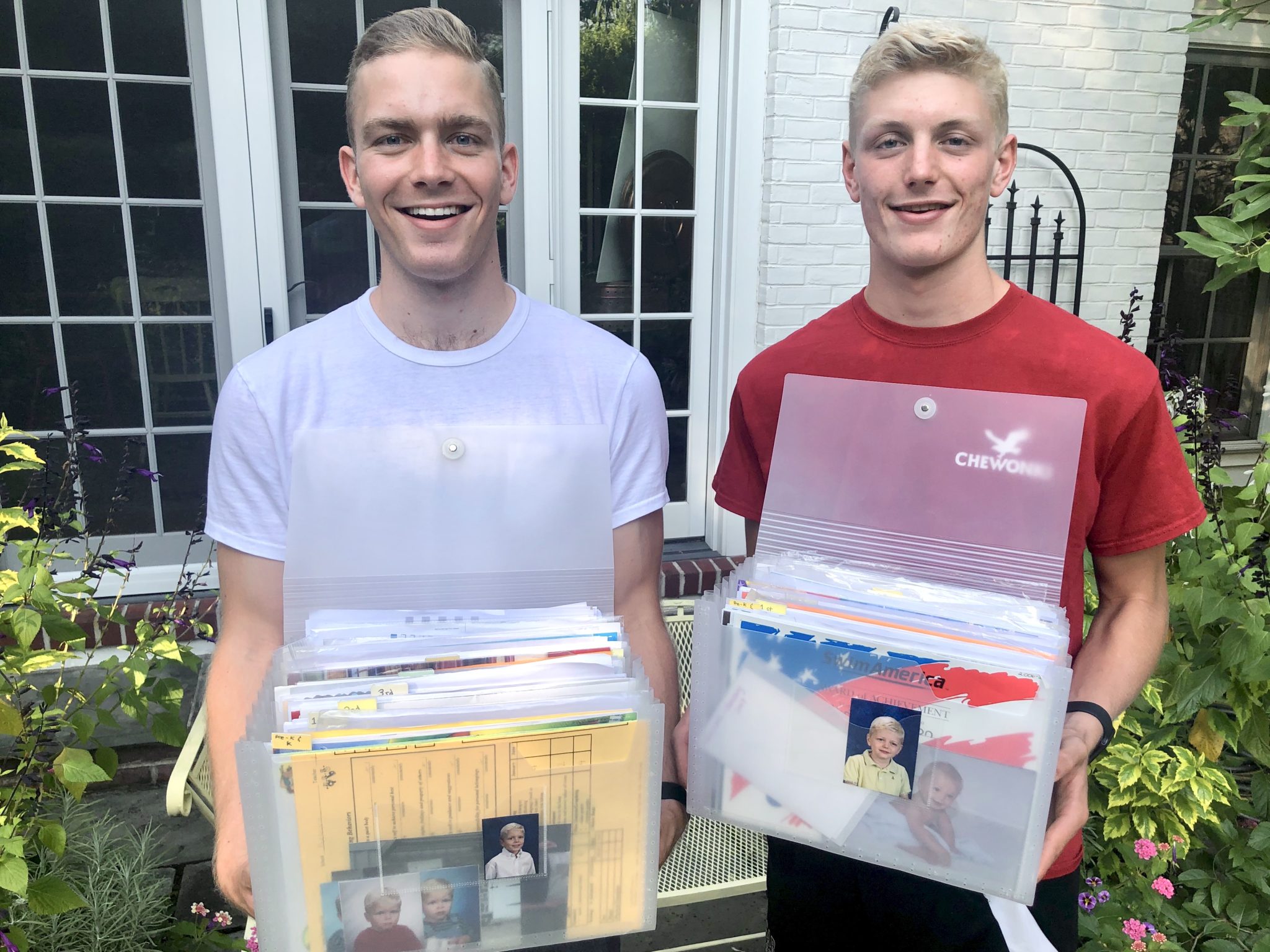 🍸Favorite Cocktail of the Month 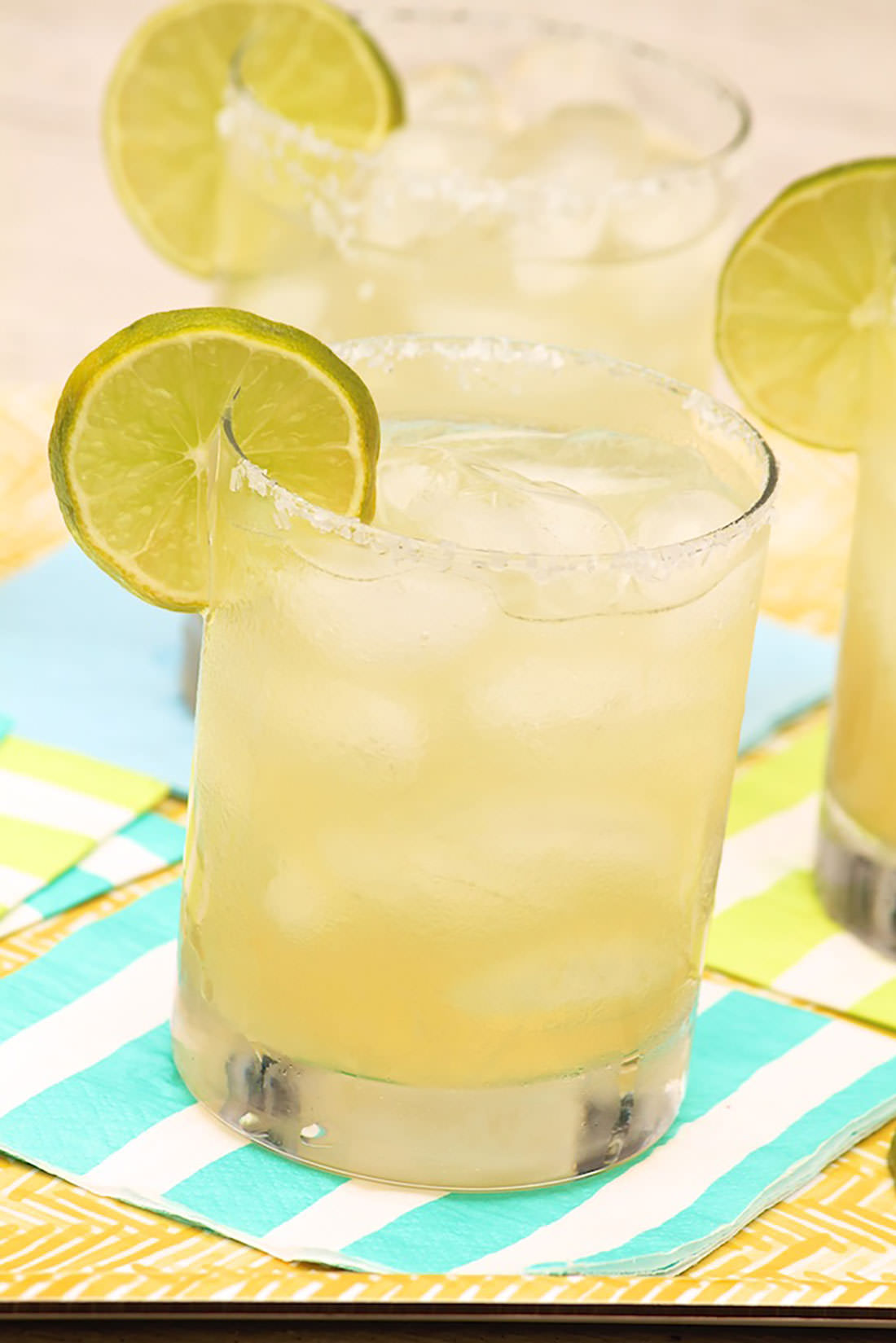 While away with family last month, a special guest made his favorite cocktail one evening. It’s a pitcher margarita he makes according to his 3-2-1 formula. He starts with 3 cups tequila*, 2 cups Cointreau (an orange-flavored triple sec liqueur), and 1 cup freshly squeezed lime juice. Salt on the rim of the glass is optional, as is a little watering down for those who prefer a weaker drink. (He watered mine down, and it was still delicious.) Everyone agreed this was a make-again cocktail and an excellent alternative to this margarita recipe, which has been a longtime favorite here.
*Tequila recommendations from a trusted source: “I really like Casamigos or don Julio Blanco but any decent white tequila would be great!”

🥳Favorite Game of the Month 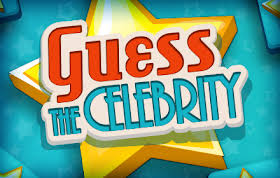 🕺I mentioned this in an email last month and lots of readers wanted to learn how to play! “Celebrity” is a new-to-me game, which is best described as a blend of Charades and Heads Up!, and it’s guaranteed fun at any age. We played many rounds while away with family last month－and had a ball! (Feel free to skip down the page if not interested in the directions.)

Here’s how you play: Divide your group into two teams. You can play with as few as four people but six or eight makes the game even more fun. Everyone writes down the names of three to five famous people on a small piece of paper. (The more names you write down, the harder the game gets.) The names can be historical or political figures, athletes, actors, rock stars, Sesame Street characters, or astronauts for that matter. The key is to think of names that everyone will know. Fold the pieces of paper in half and place them in a bowl.

🗣ROUND ONE: Team One picks a player to go first. One at at time, Player #1 draws names from the bowl and has one minute to get his or her team members to guess as many celebrities as possible by giving clues. Player can use any words to describe the celebrity but may not say the celebrity’s name in any form. When the minute is up, Team Two goes. Teams alternate until names are gone.

If someone makes a mistake and mentions part of the name or time runs out, return that name to the bowl. If names run out and time remains on the clock, the same team starts the next round with however many seconds remained on the clock.

Put all celebrity names back into the bowl for round two.

SCORING: Place all the papers that your team gets correct in a pile. Teams get one point for each celebrity named guessed. This is the same for each round. Keep a running total and add the scores from all three rounds when the game is over.

🗣ROUND TWO: Begins wherever round one left off in terms of the team and the next player. In this round, players get one minute to give clues for the celebrity name they draw, however, clues must be ONE WORD ONLY. There is no gesturing or acting out allowed. The trick to this round is choosing the very best word that will help your team figure out who you are trying to describe. (For example, you might say “Sonny” to get your team to say “Cher.”) Paying attention in round one makes this round easier.

Put all celebrity names back into the container for the final round.

🎭ROUND THREE: Begins wherever round two left off in terms of the team and the next player. In this round, no words (or sounds!) may be spoken. Players may only give clues Charades-style. Play continues back and forth until all the celebrity names have been guessed.

EXAMPLE: If you draw the name Leonardo da Vinci in round one, you might say “This is an artist who is famous for painting the Mona Lisa…” For round two, you might say “painter.” At this point, the names have all been read once, so a one word clue can be easy…but sometimes it isn’t! Finally, for round three, you might mime the act of painting.

👩‍🍳Reader Favorite Kitchen of the Month 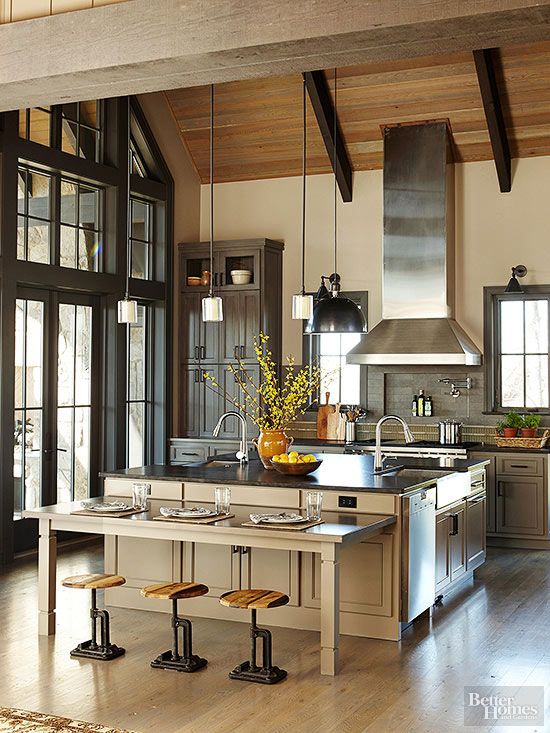 Last month’s featured kitchens on Facebook had a lot in common. There was often a roughly equal split between readers who wanted the keys to the house and others who were less enthusiastic. One person’s cup of tea is not necessarily the same for the next! The kitchen shown above garnered the most positive responses, and those who didn’t love it said things like, “For modern (not my style) this is beautiful.” Similarly, many readers’ feelings were echoed in this comment: “I adore this kitchen as long as I have someone to clean the windows and dust the ceiling!”

🖼Favorite Graphics of the Month 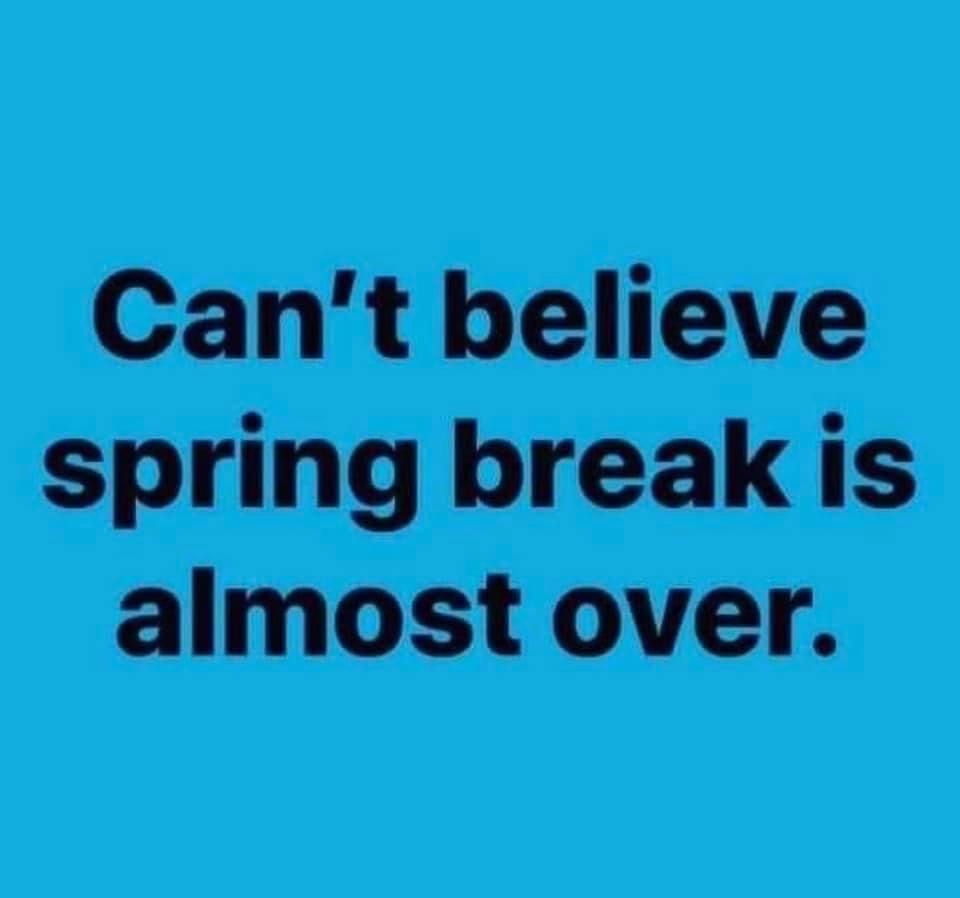 I referenced the graphic, above, in my opening paragraph. Who would have imagined when we began the “two week” quarantine last March what laid ahead? On an altogether different (and deeper!) note, Christine, the same friend who sent that meme, shared the quote below. She said it really resonated and that she wanted to work on feeling a sense of duty while shedding the obligations. This made me think, too: though I understand the distinction between obligation and duty, I had never really contemplated it. On that note, Christine is reading the book mentioned below the quote and recommended it. 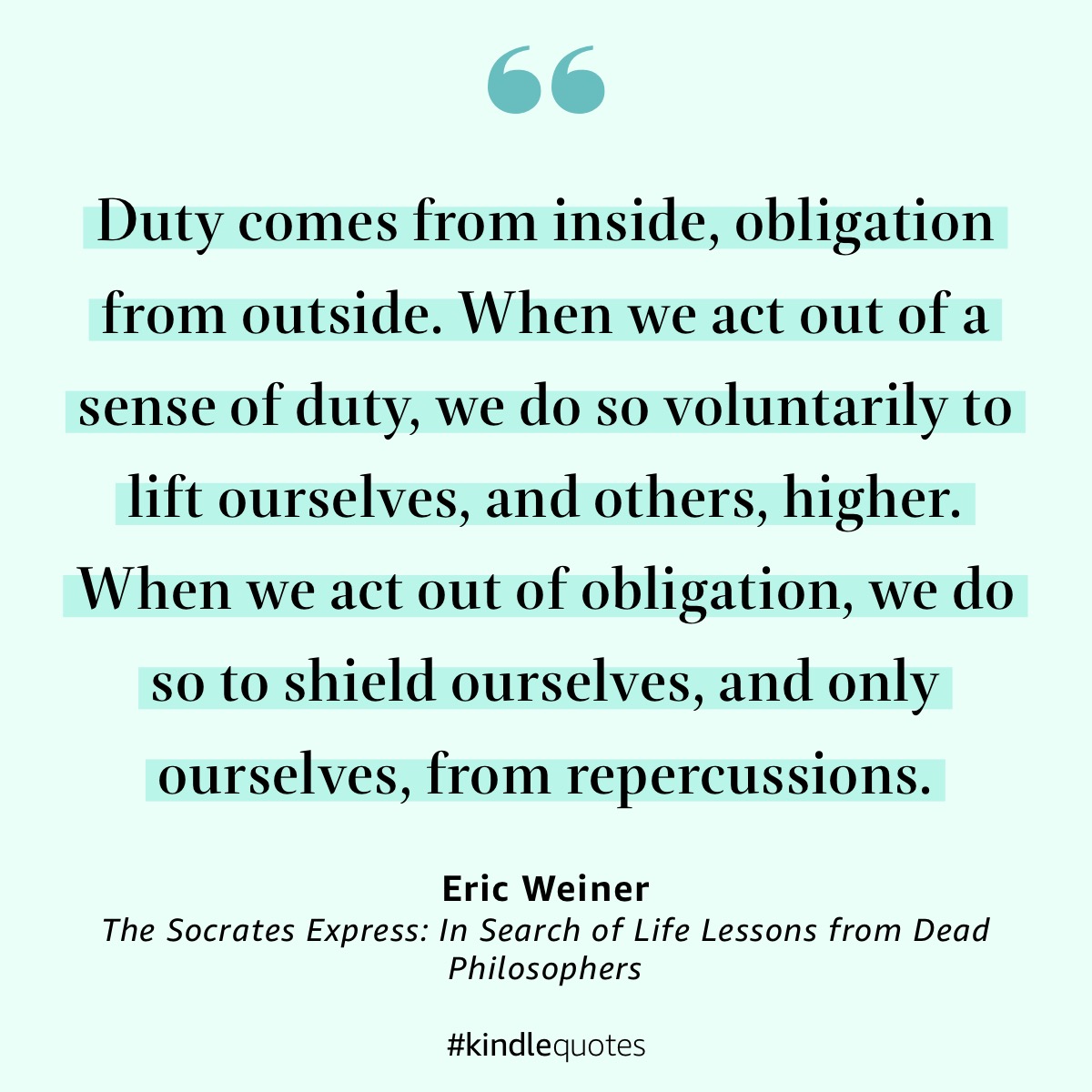 Finally, a just-in addition to the funnies that I couldn’t pass up. Thanks to Christine for keeping us all entertained! 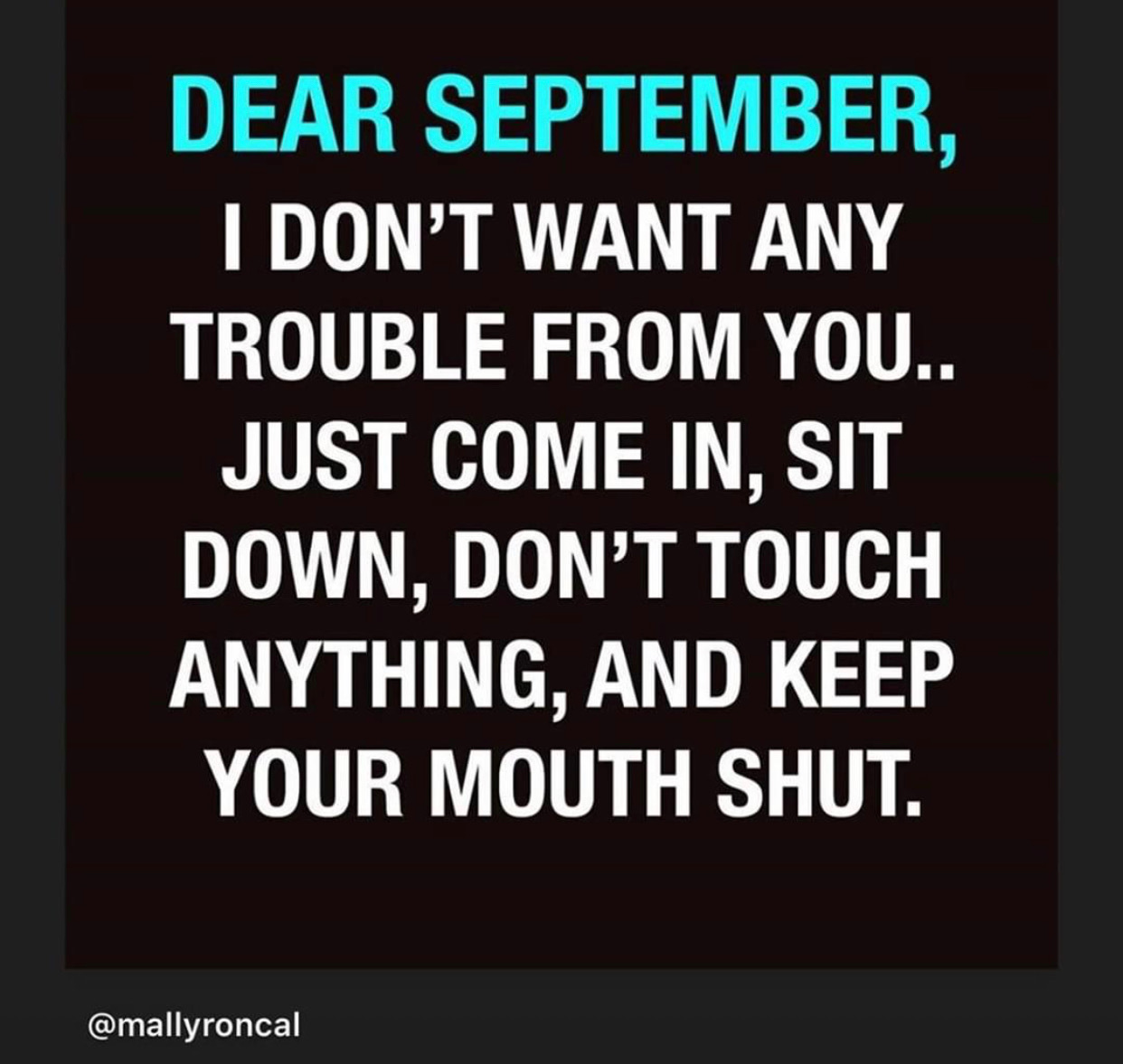 📸Favorite Photos of the Month 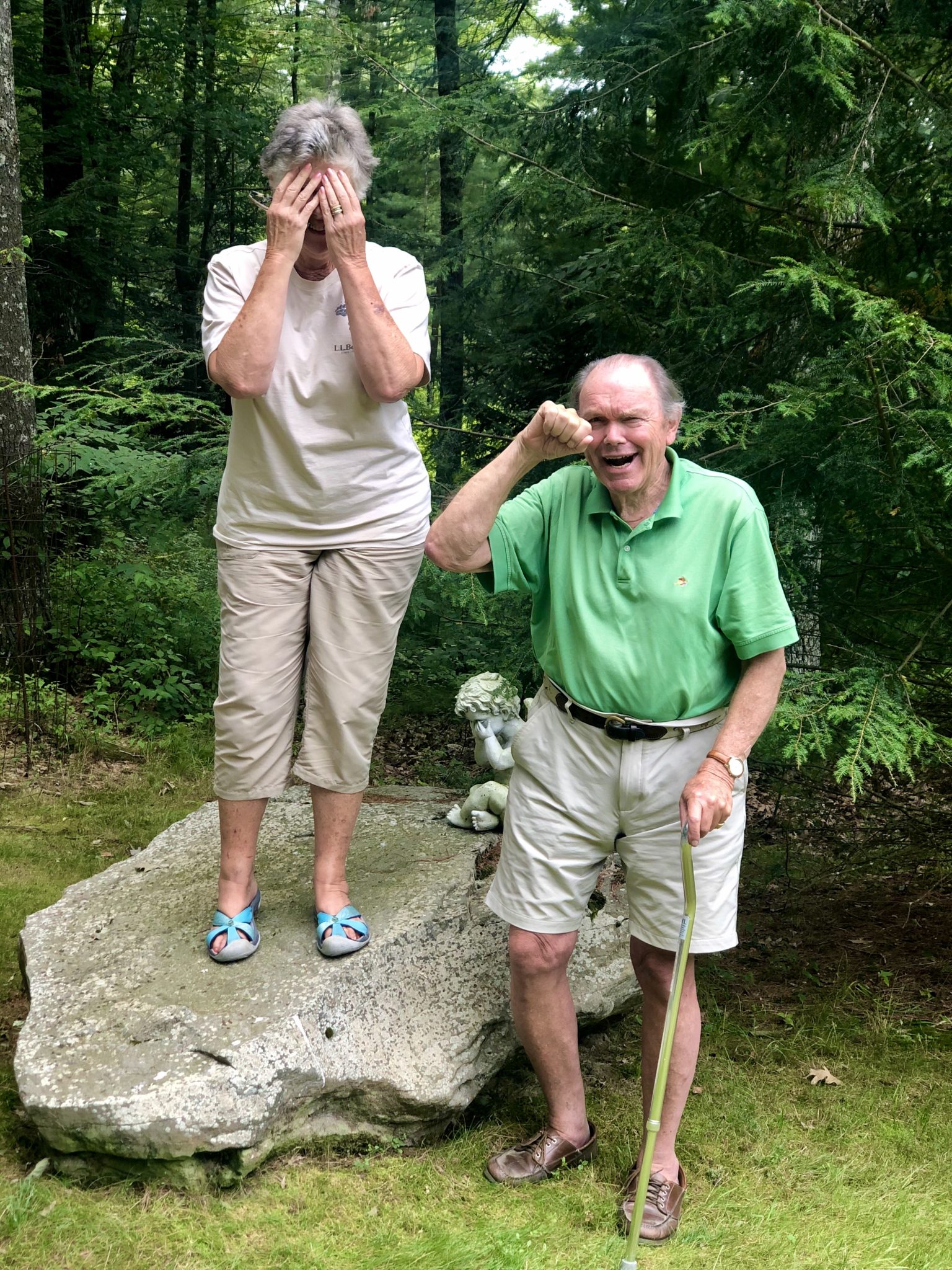 Whenever we depart after visiting my in-laws at their home in the Poconos, they assume their position on the “crying rock” and feign great sadness as we drive away. If you look closely, you can even see a small statue of an angel towards the back right of the rock. She is crying, too! 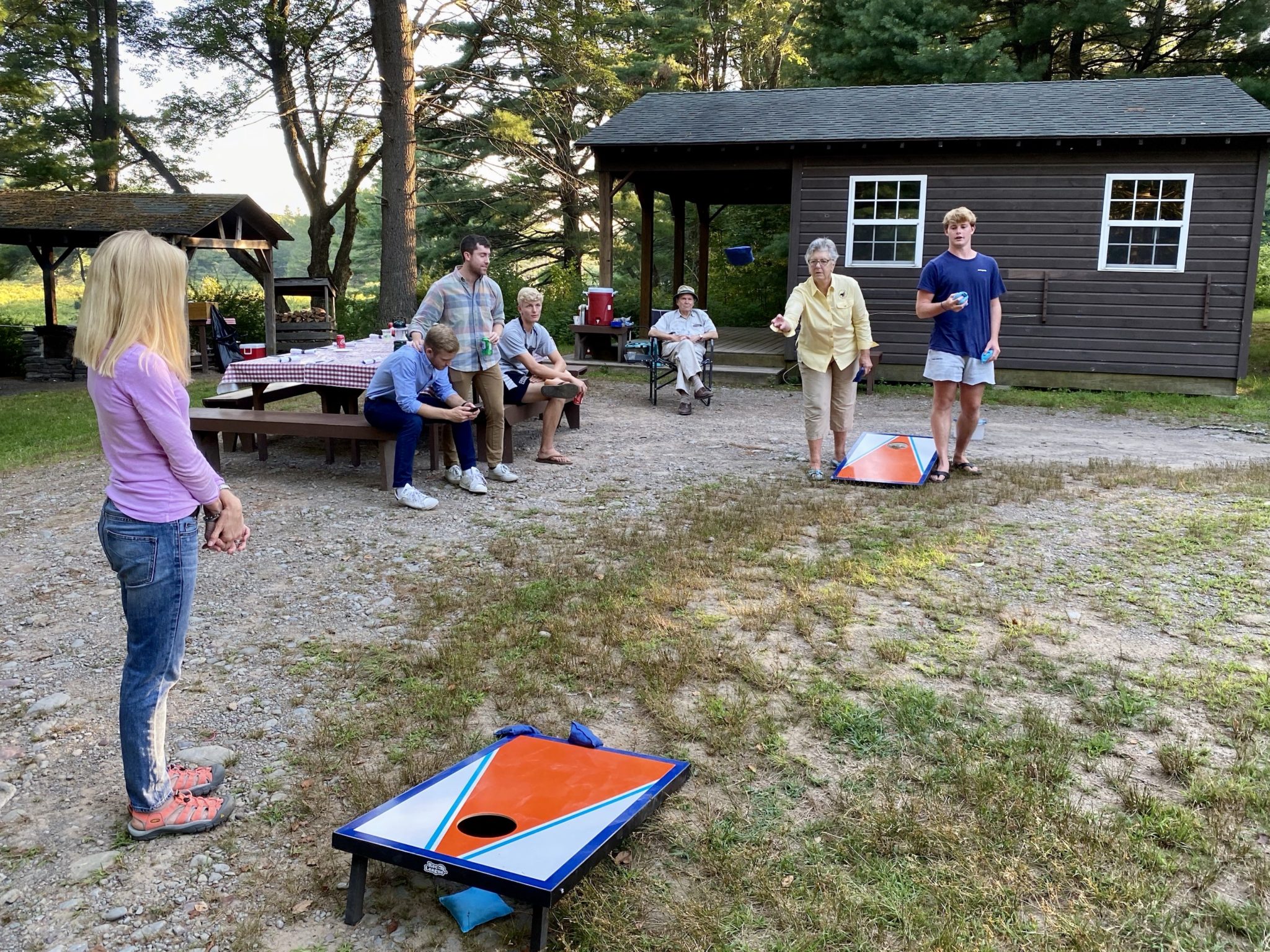 A cookout from the same trip. I forgot how much fun corn hole is! 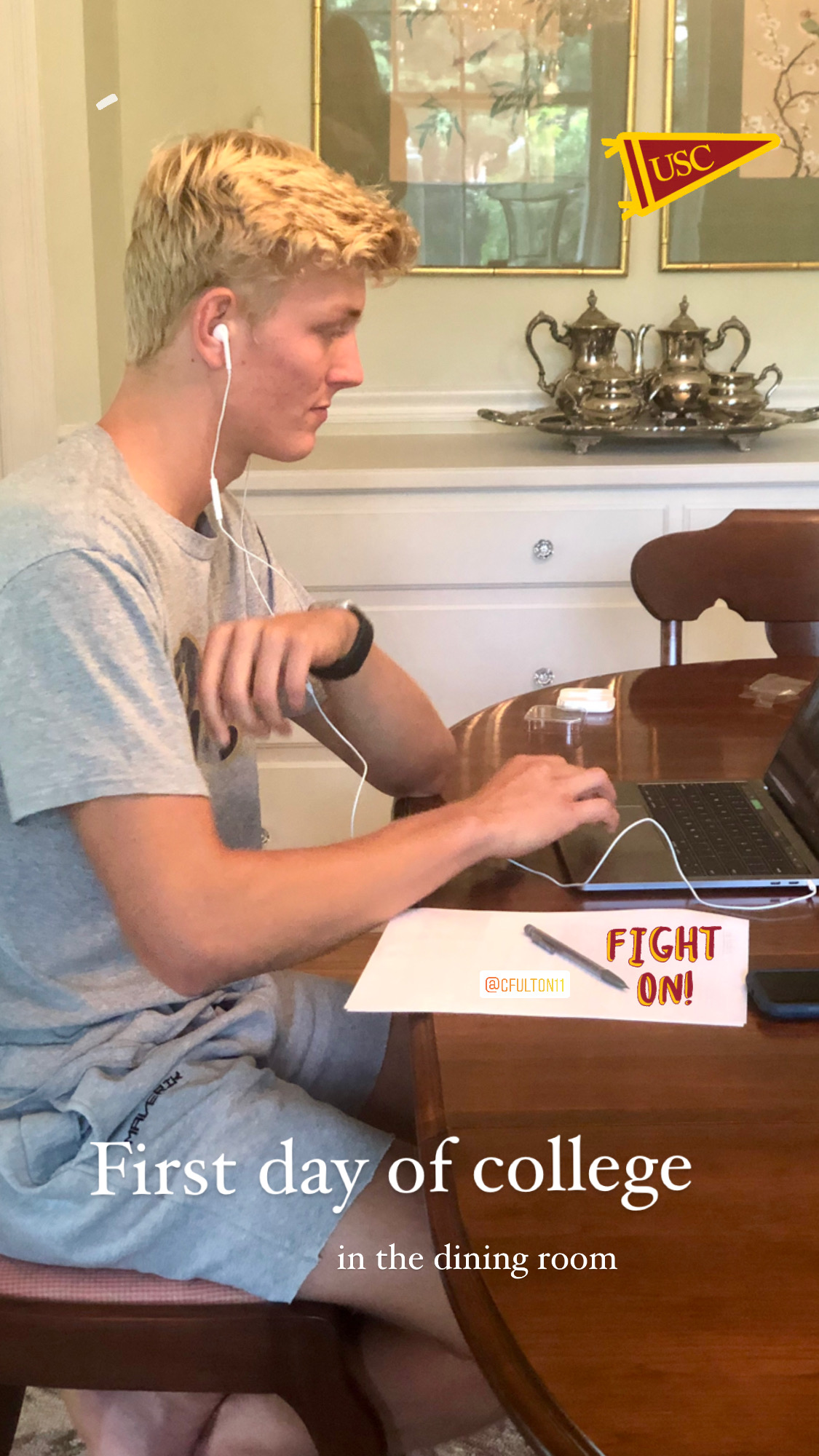 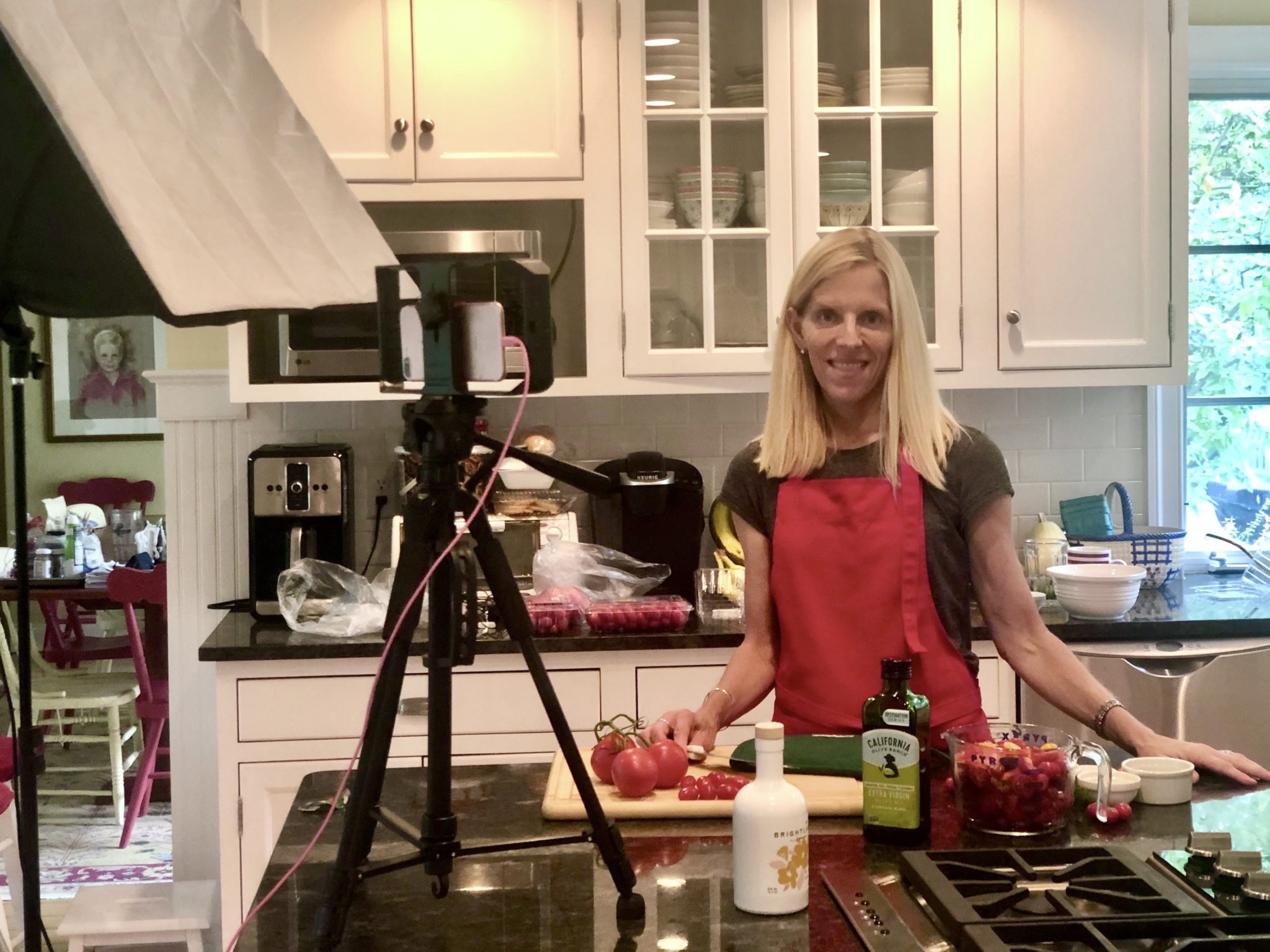 Finally, a glimpse behind the scenes of the next Penn Medicine LG Health project, coming soon!