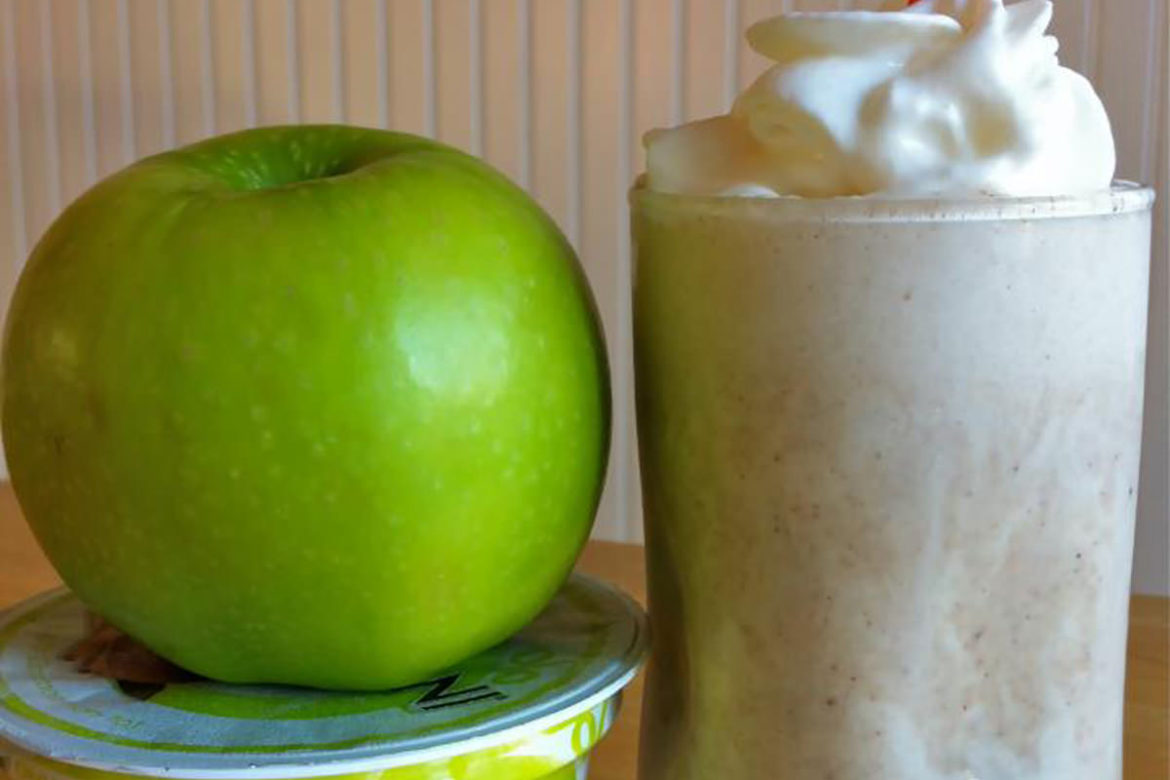 When Chobani’s new apple-cinnamon yogurt came out a while back, I thought it would be tasty in a smoothie.  This is a fun diversion from my typical go-to smoothie flavors, and I have a favorite way to turn it into a smoothie that really reminds me of fall:  When I make baked apples, I blend a leftover half along with some of the juices into the smoothie.  Sort of like a cool, creamy version of apple crisp!

I’m thinking I’ll add a tablespoon or two of almond or peanut butter for the next round! 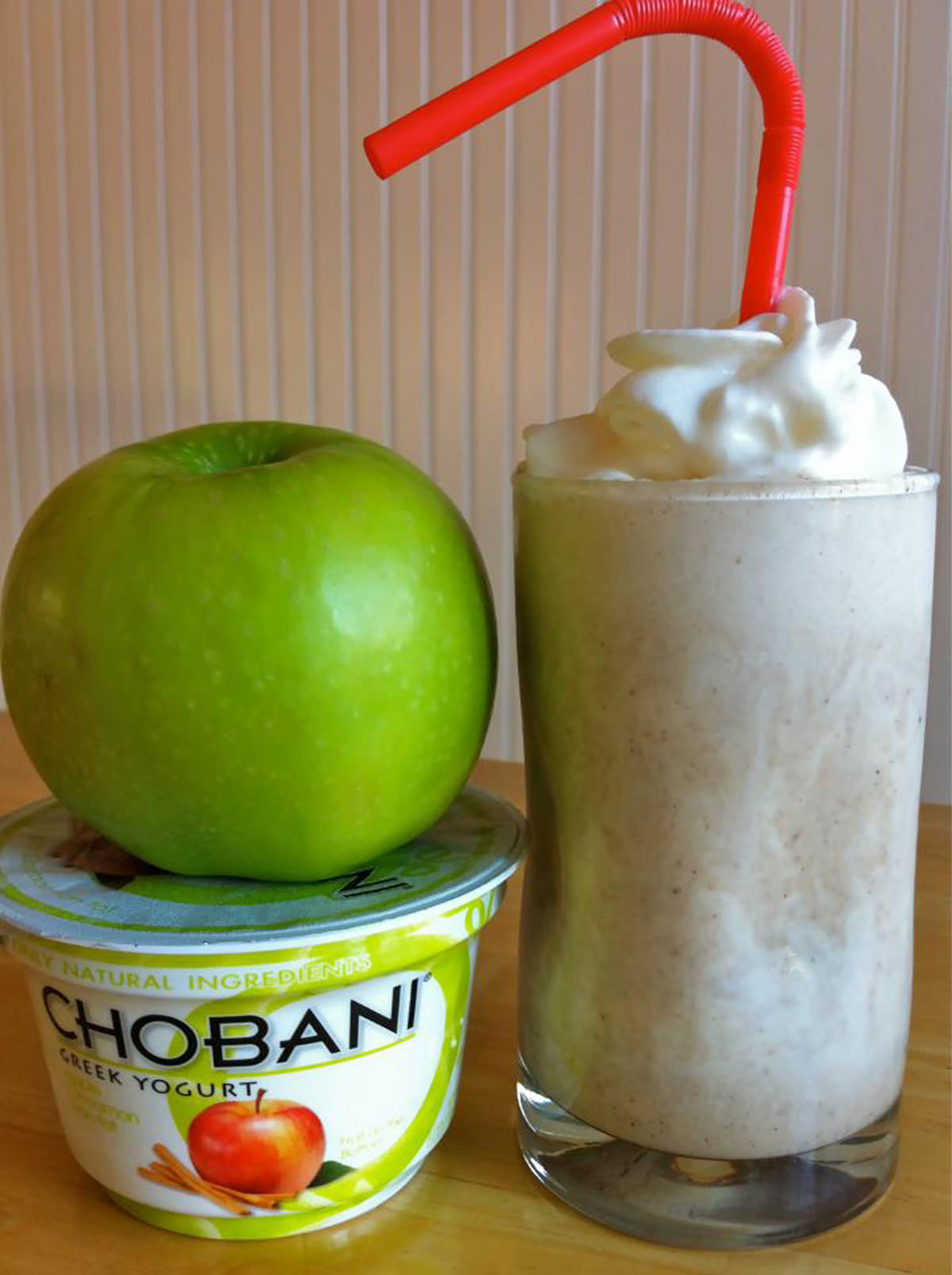 Apple-Cinnamon Protein Smoothie
If you happen to make baked apples, consider adding a leftover half along with some of the juices to really make the apple flavor shine. Almond or peanut butter would be an equally tasty addition!
Print
Ingredients
Instructions
Tried this recipe?Post a picture on instagram and we will repost it! Mention @fountainavenuekitchen or tag #fountainavenuekitchen!
The Fountain Avenue Kitchen https://fountainavenuekitchen.com/