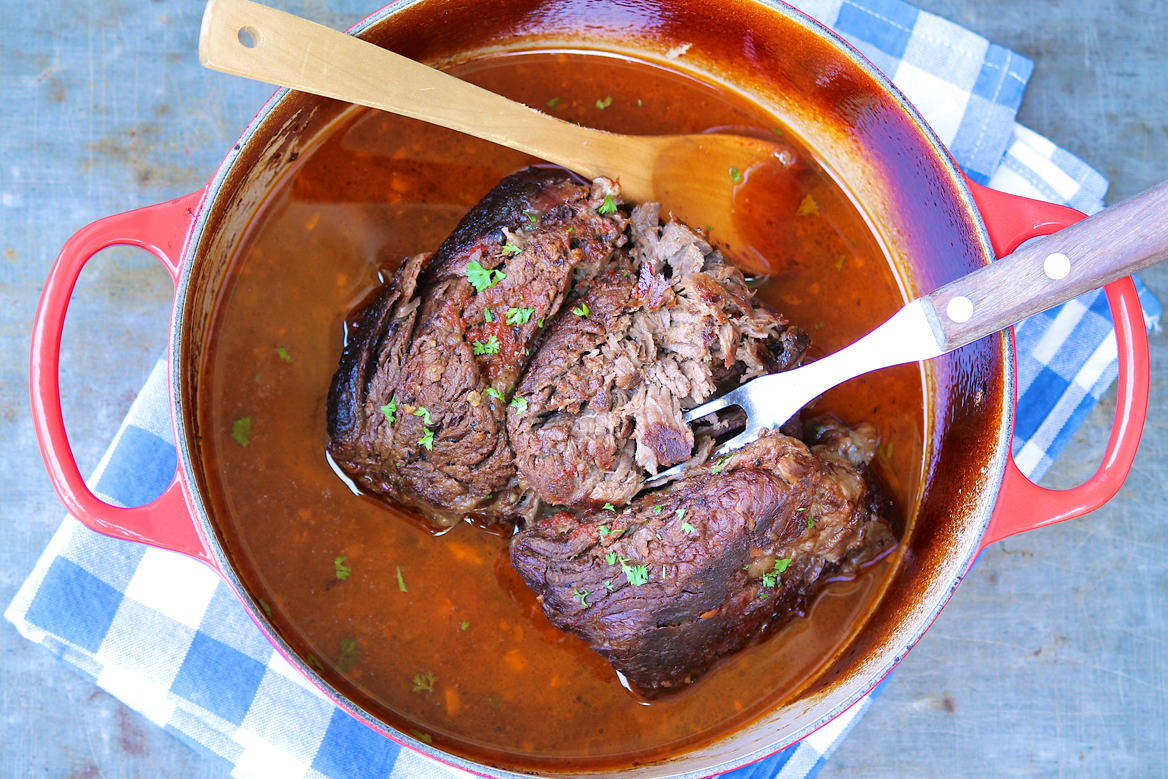 There’s something special about the aroma of a roast as it slowly cooks to fork-tender perfection. The savory smell is homey, comforting, and makes me want to curl up on the sofa with a good book.

Curiously, I recently read that one’s sense of smell accounts for 75 to 95 percent of a food’s perceived flavor, and that without being able to smell the difference between, say, an onion and potato, it would be difficult to tell them apart.

My mom apparently read something similar several decades ago, because one night when I was about 10, she called the whole family into the kitchen where she revealed two small piles of white cubes. She had peeled and diced a potato and an apple for this particular experiment, and explained her simple taste test. We had to hold our nose while we ate sample A and B, and then had to tell her which bite was the apple and which was the potato.

I honestly don’t remember if I got it right or wrong. But I do remember that not all of the guesses were correct, thereby shoring up the argument that one’s sense of smell does, in fact, impact perceived flavor.

Supposedly, one of the most evocative smells from childhood is that of crayons. I don’t doubt this, and I did my fair share of coloring as a child, yet I find that food smells allow me to travel back in time just as well. That slowly roasting piece of meat that I mentioned, for example, takes me right back to my grandmother’s kitchen.

That could be part of the reason I think the following dinner tastes so good. This wasn’t her recipe, but the aroma seems like a perfect match to something she would have pulled out of her oven.

Like many meals that are made over the years, the following recipe has evolved. In it’s early renditions, I added water to partly cover the roast and then slowly simmered it on the stovetop. Over time, I found that replacing the water with broth and drastically reducing the amount of liquid, in general, yielded a far more flavorful outcome. Likewise, transferring the seared meat to a low oven instead of simmering it on the stovetop practically eliminated the need for monitoring.

When buying a roast, plan on a half pound of meat per person.  This might seem like a hearty portion–and, if you’re lucky, you’ll have leftovers–but there’s a reason.  Chuck and rump roasts, as well as other cuts of meat from a cow’s hip and shoulder area, have a lot of fat and connective tissue.  A long, slow braise, however, allows these parts to break down and essentially melt away.  Once cooked this way, any residual fatty parts can be easily separated from the flavorful, tender meat.  The braising liquid takes on this fat, but it can be removed in a few different ways, as mentioned in the notes section below.

Beef Pot Roast
I don’t typically add vegetables to the pot, but you could absolutely include your favorite root veggies like onions, potatoes, and carrots. Yield: 6-8 servings
Print
Ingredients
Instructions
Notes
More On YouTube More on Instagram
Tried this recipe?Post a picture on instagram and we will repost it! Mention @fountainavenuekitchen or tag #fountainavenuekitchen!
The Fountain Avenue Kitchen https://fountainavenuekitchen.com/ 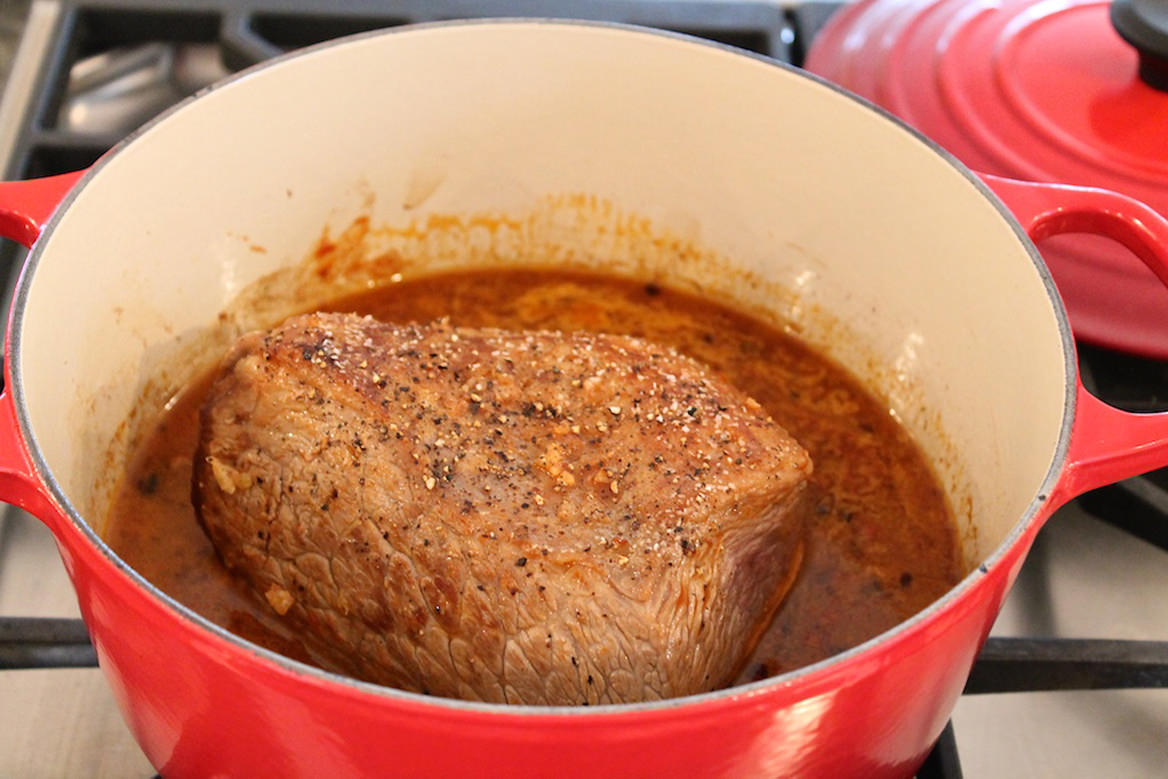 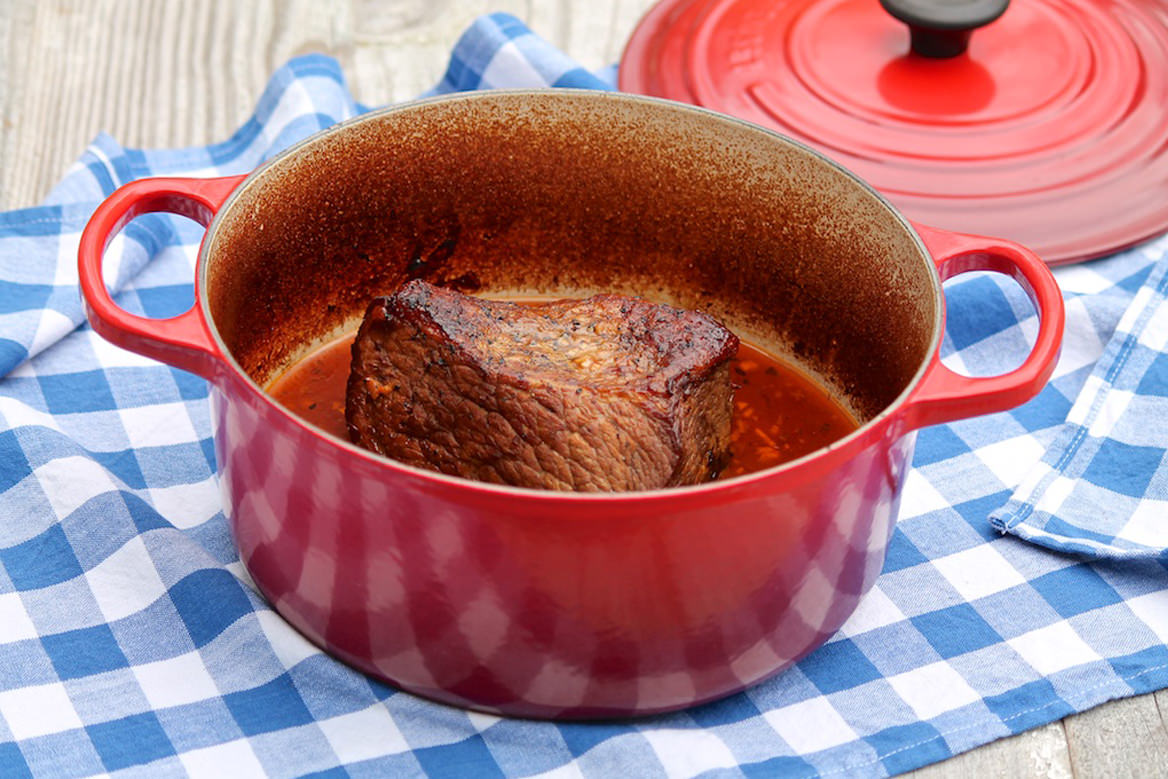 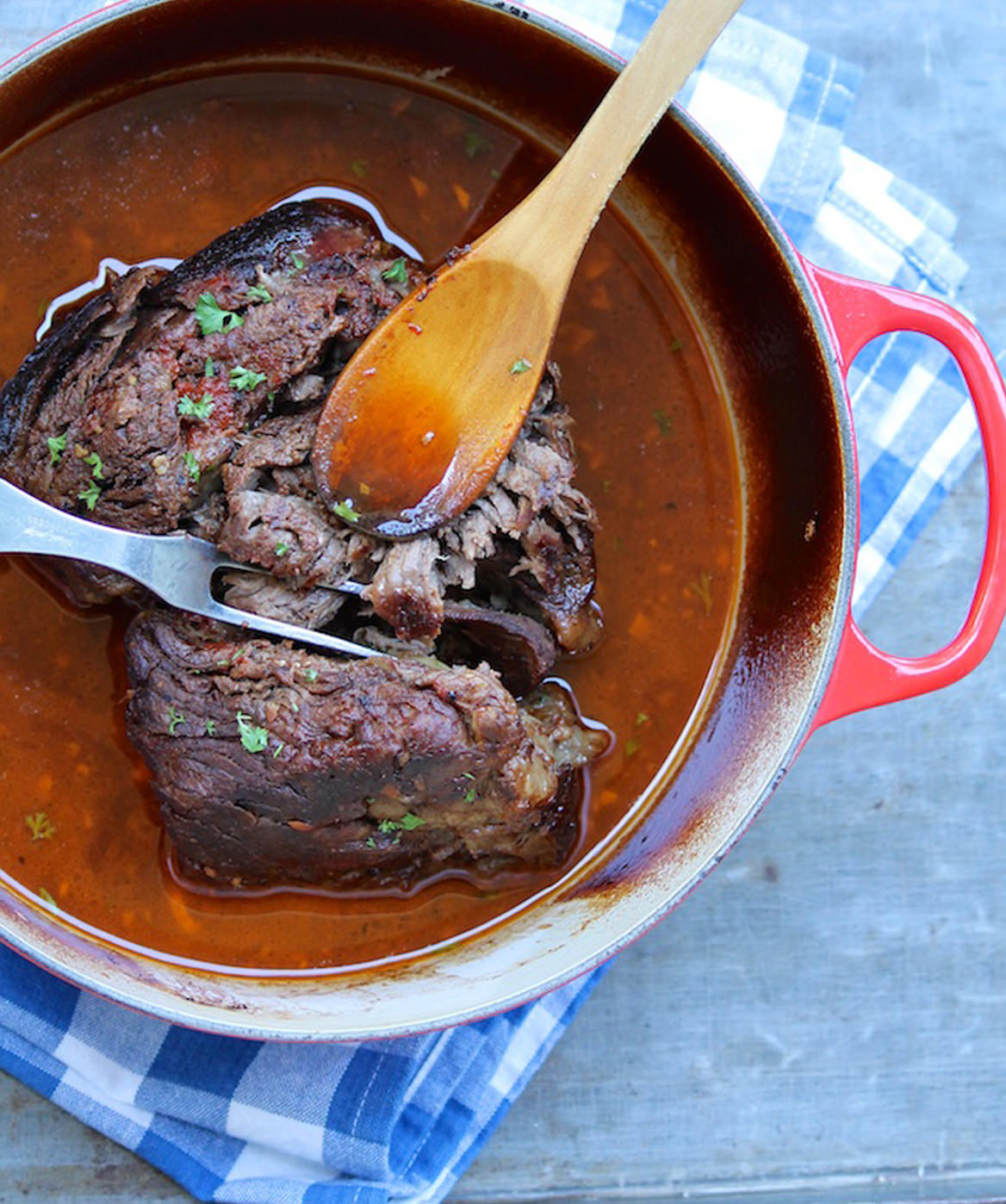