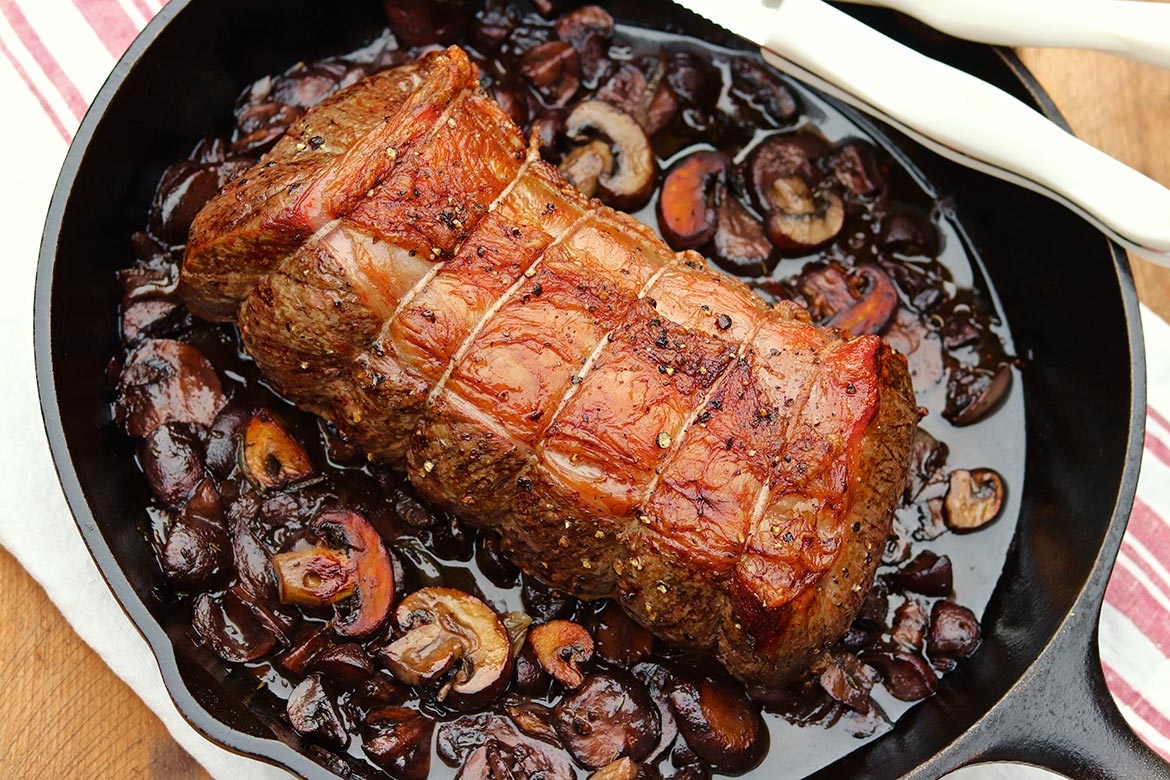 My husband and I had been friends for many years before we began dating, so I was mildly intrigued with his plan for our first date. He invited me over—not out—for dinner, and he planned to cook the meal himself.

Aside from heating ramen noodles or tossing a can of corned beef hash into a skillet, he rarely cooked. So when a plate of baked chicken with creamy mushroom sauce appeared as if by magic, I was impressed.

He later revealed that one of his swim team buddies frequently cooked the very same meal throughout their college years, and he had called him for the recipe. It was nothing more than boneless skinless chicken breasts baked with a can of cream of mushroom soup dumped overtop. But at that moment, it tasted truly gourmet.

On Valentine’s Day several years later, I asked if he’d like to replicate the meal for old time’s sake. He politely declined, confessing that he really didn’t like canned cream of mushroom soup but wouldn’t mind a homemade mushroom sauce, preferably served over beef.

Then and there, it was decided that our first dinner would be a delightful memory but not a tradition. The following recipe is my answer to his request, and I’ve built in several options based on price, ease, and individual taste buds. 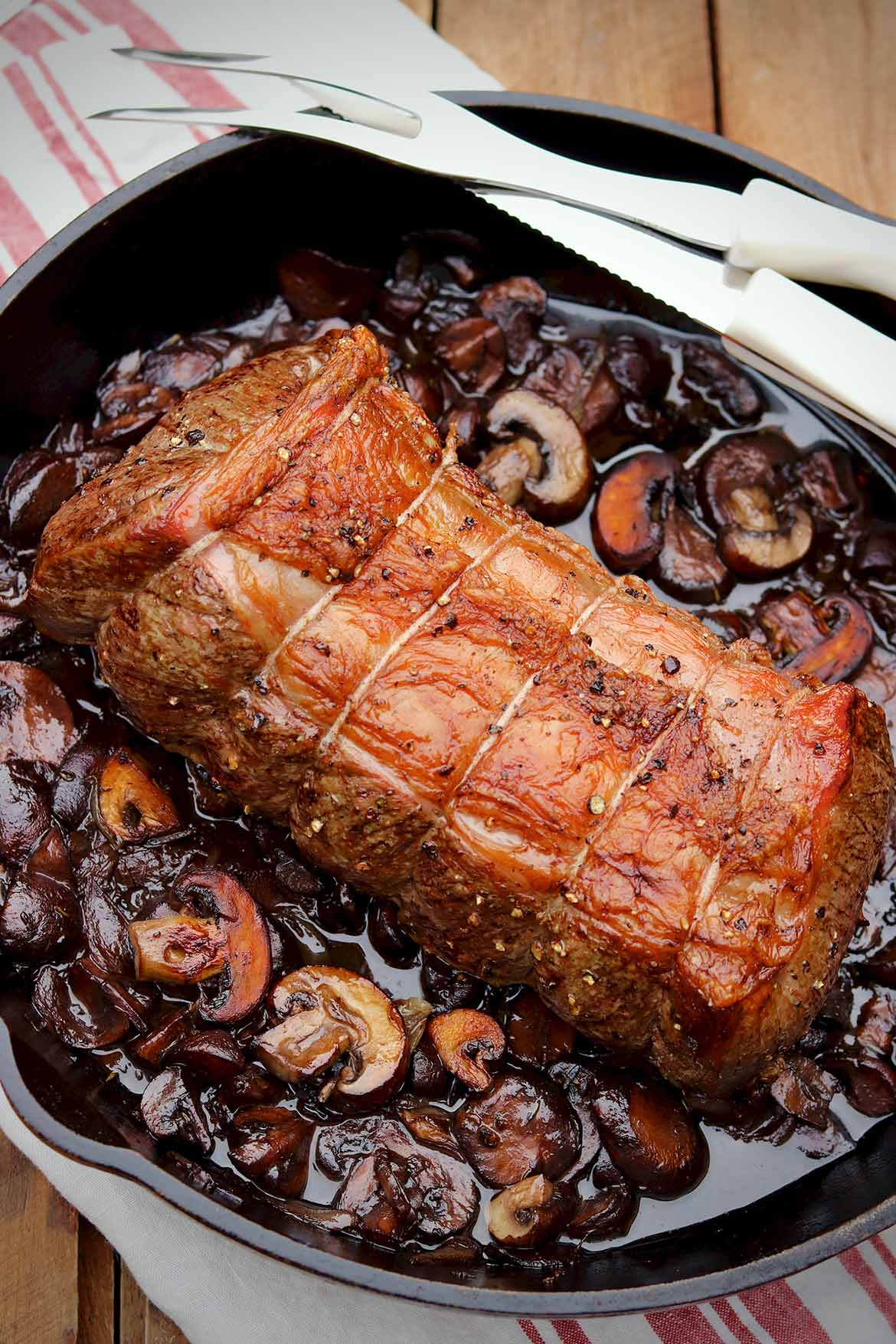 Beef tenderloin is known as much for its buttery tenderness as it is for its price tag, so it seemed important to have an alternative. I called several stores to price out the options, and found Thayne in the Stauffer’s meat department to be a particularly good source of information.

I asked Thayne several questions about substitutions, prices, and his preferred method of preparation. He explained that a cheaper option to beef tenderloin is a top loin roast, which is a whole strip loin (strip steaks are cut from this portion) that has been trimmed, quartered, and tied into individual roasts.

Soon after, I purchased this cut to see how it stacked up to the tender but pricey tenderloin. I called ahead so it came trimmed and tied to the precise size I needed.

The cost was $12.99 per pound, whereas the tenderloin would have cost either $22.99 or $27.99 per pound, depending on the cut. (The first cut, the butt, is less; the center cut is more. If buying the whole beef tenderloin, which is often in the six to seven pound range, the price goes down to $15.99 per pound. Of course, these figures will fluctuate over time and from one store to the next.)

The end result was slightly less tender than the traditional tenderloin, but it received excellent reviews. If you prefer to splurge on the tenderloin, by all means do so. However, given the flavor and value, I would most certainly make this swap again.

Because not everyone cares for mushrooms or likes to cook with wine, I’ve included choices in that department, too. Both sauces are easy and designed simply to enhance the beef. For those trying to save time, the mushroom-less option will shave a few minutes off the prep time. 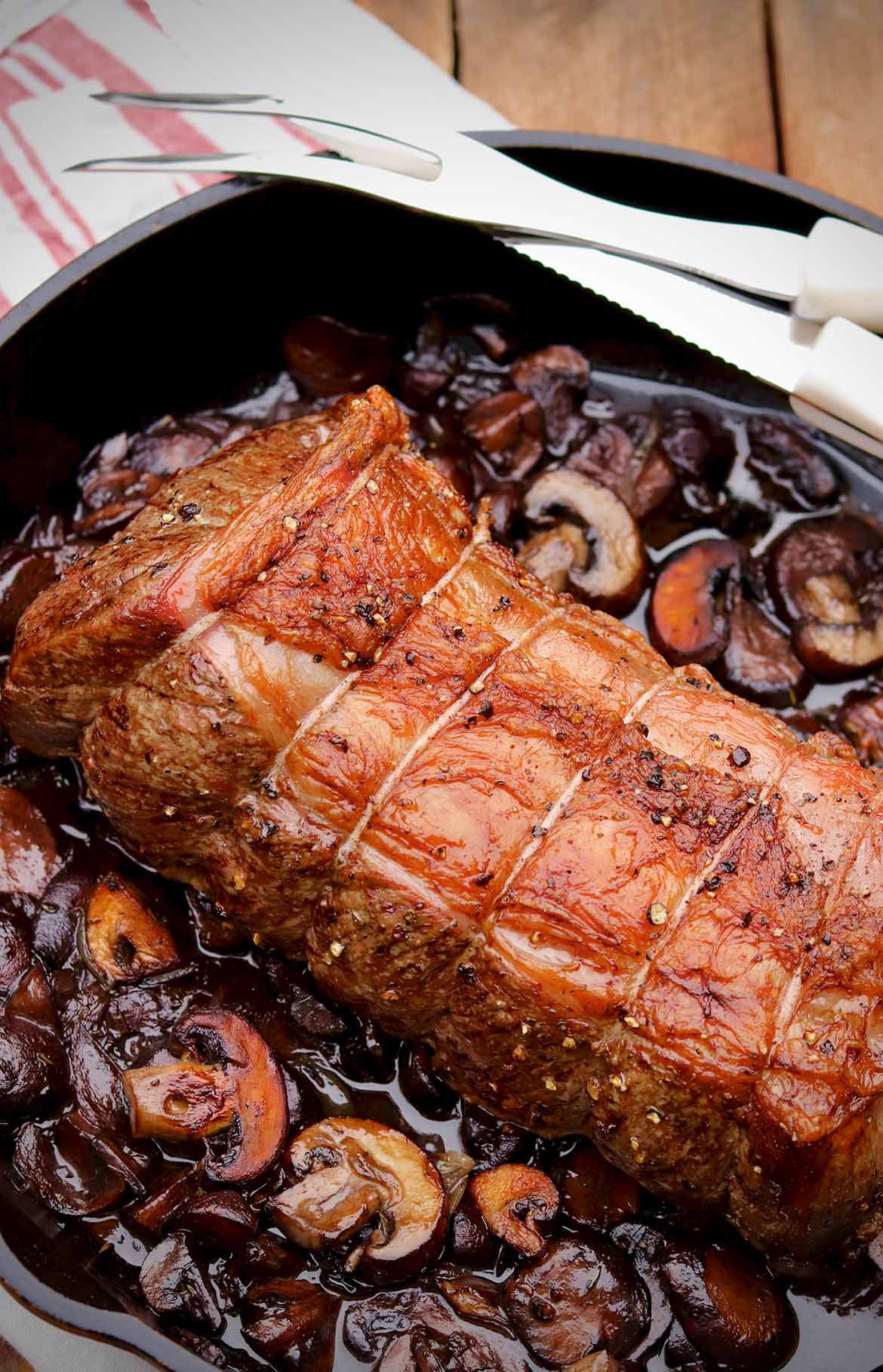 *For a less expensive option, I recommend a top loin roast. This is a whole strip loin that has been trimmed, quartered, and tied into individual roasts. I call ahead to order the weight I want. Prepare the same way as directed for the tenderloin, placing the roast fat-side up in the pan.

**When using wine, choose a dry red wine (like a Pinot Noir, Merlot, or lighter style Cabernet) that you would enjoy drinking, not a cooking wine. If prefer to not use wine, substitute a good beef stock or canned low-sodium beef broth.

Looking for the perfect meal ender?  May I suggest our Favorite Flourless Chocolate Cake?  It’s easy to make and a consistent crowd pleaser! 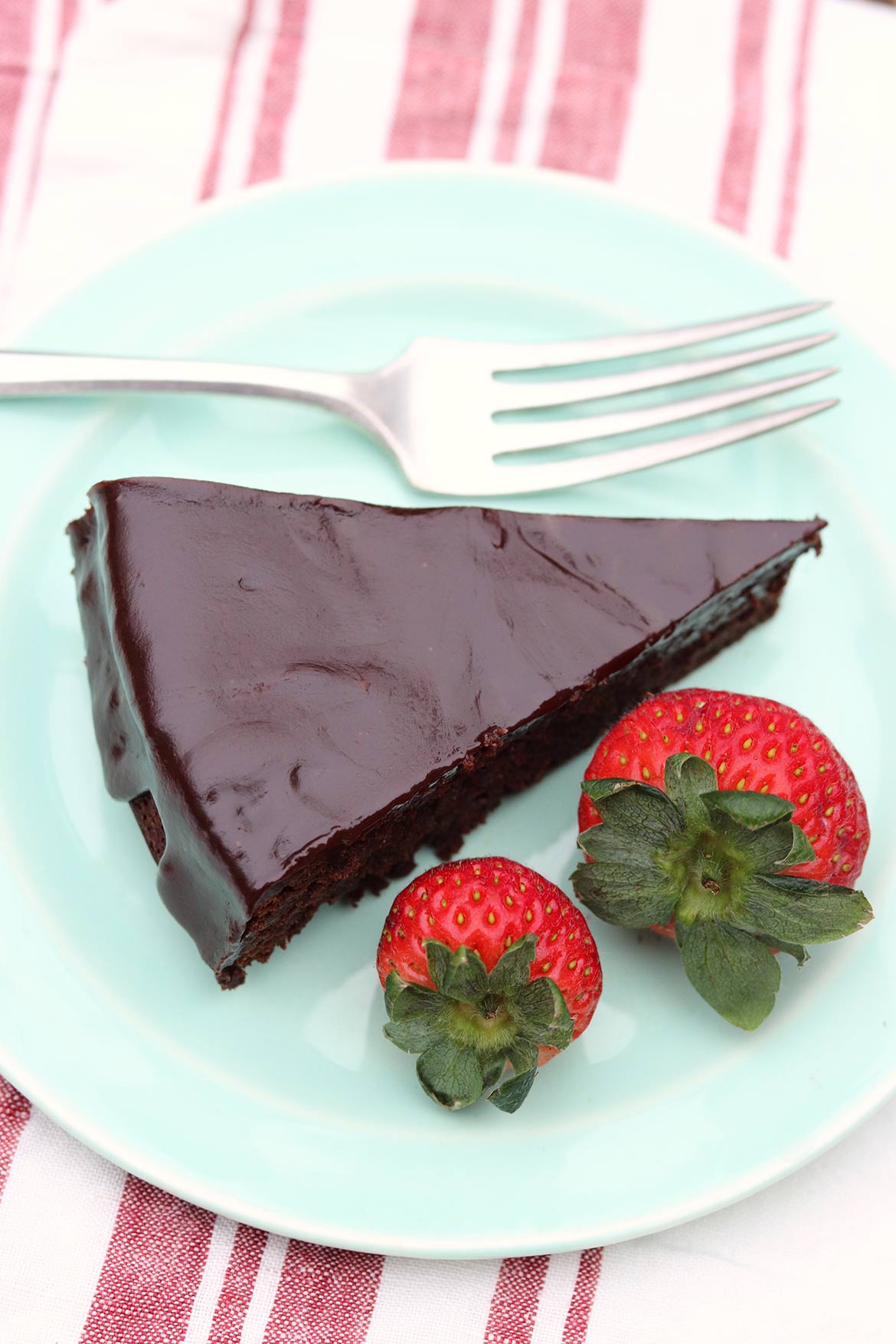