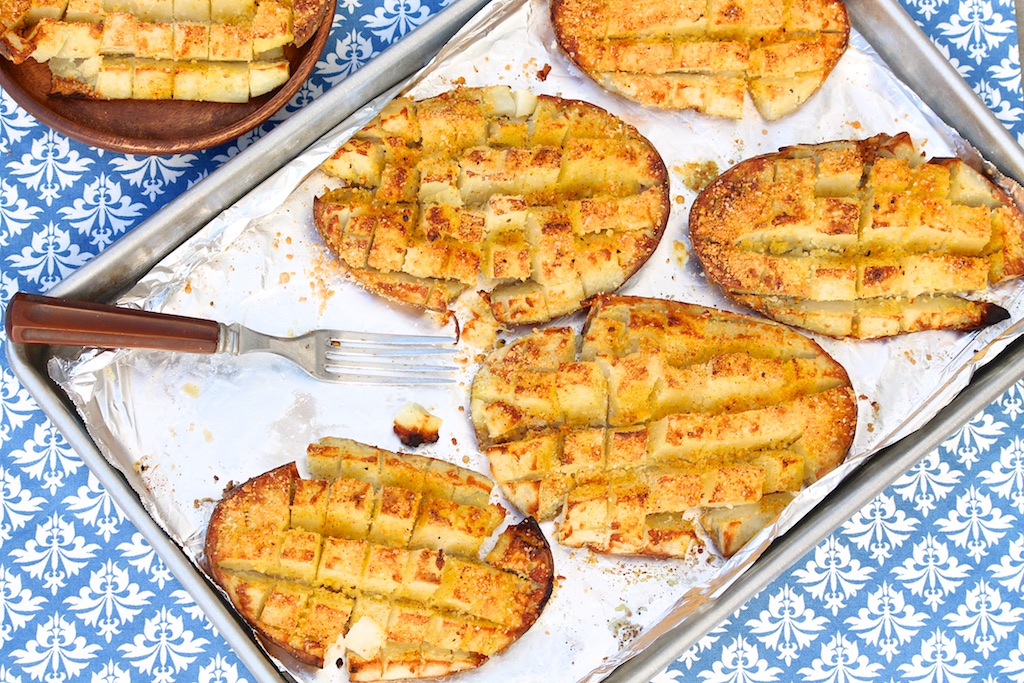 A few simple ingredients come together with ease in this visually appealing side dish that’s equal parts fun and delicious!

Coming up with a crowd-pleasing entree every night of the week can be challenging. As a result, side dishes don’t always get the attention they deserve.

After mixing a marinade for a side of salmon and grilling it to perfection, do you merely steam a head of broccoli and leave it at that? (I often do—occasionally using a precut bag from the freezer.)

Or despite the delicious-looking recipe for roasted potato salad you’ve been meaning to serve with some juicy steaks, do you resort to plain old baked potatoes, sometimes hurried along in the microwave because you don’t have an hour to bake them?

At times, surviving dinnertime calls for shortcuts, and that’s okay. Keeping it simple can be healthy, delicious, and stress-free. But a recent reader request for easy side dishes prompted me to share a crafty alternative to the standard baked potato that I make regularly.

The fun recipe combines the best of a microwave’s speed and an oven’s ability to create golden brown crispness. Because all of the ingredients are easily kept on hand and some of the preparation may be done in advance, this recipe is one that you can fall back on again and again. Plus it’s simple enough to memorize.

A measure of the flavor comes from a few shakes of seasoned salt. Feel free to use the brand you prefer (Lawry’s, for example), although you likely have all the spices needed for a do-it-yourself version that will enhance much more than potatoes. The flavorful mix can be stored in an airtight container or extra spice jar for several months and used on everything from burgers and roasted veggies to hard-boiled eggs and homemade Chex mix. 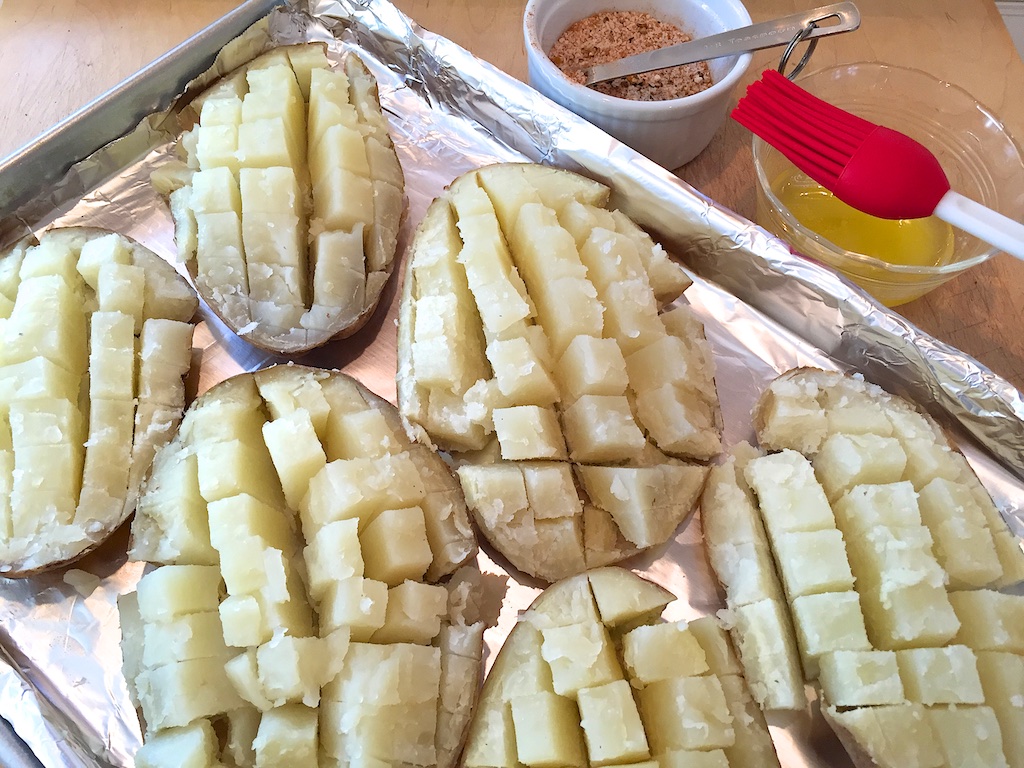 After the potatoes are cooked–either in the microwave or oven–cut them in half and then score in a checkerboard fashion, cutting to but not through the skin.  Then gently invert the halves so the little cubes separate.  If the potatoes fall apart in places, just push them back together. 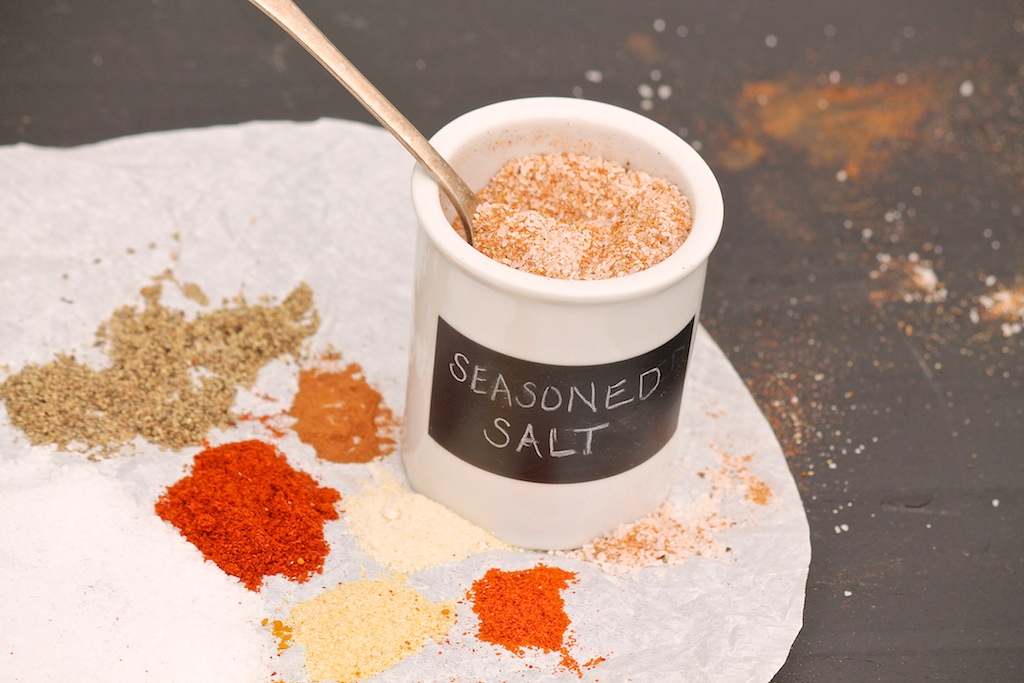 Brush the potatoes with melted butter or oil, getting some into the crevices, and then sprinkle with grated Parmesan cheese and your favorite seasoned salt–or use this easy DIY recipe. 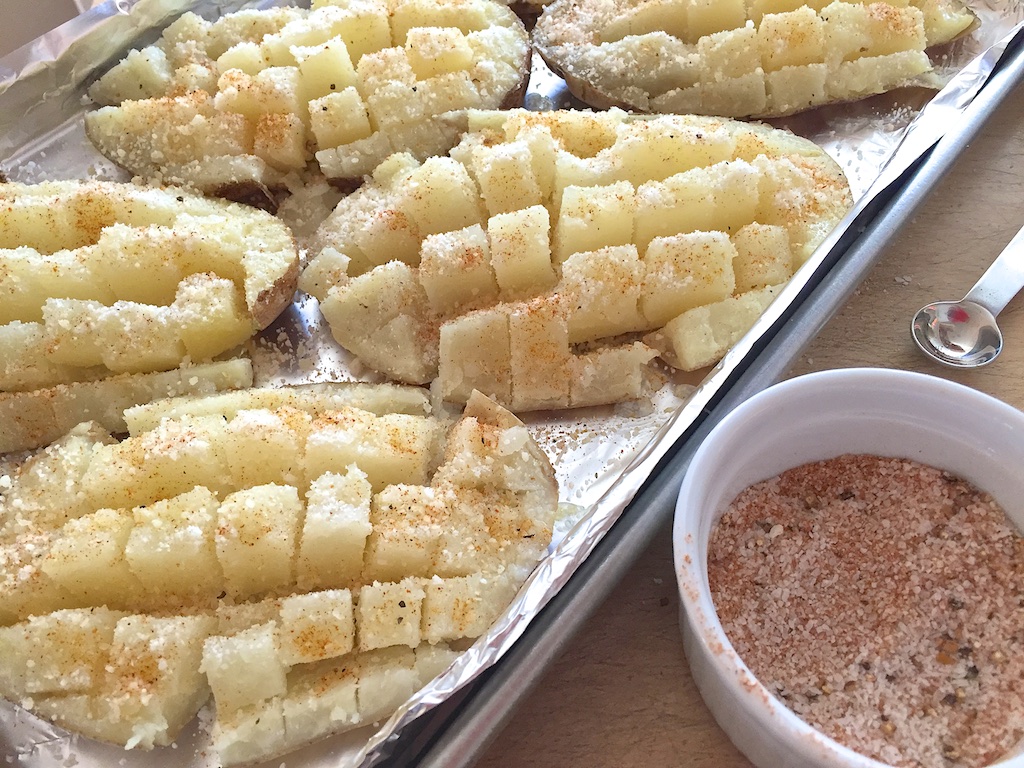 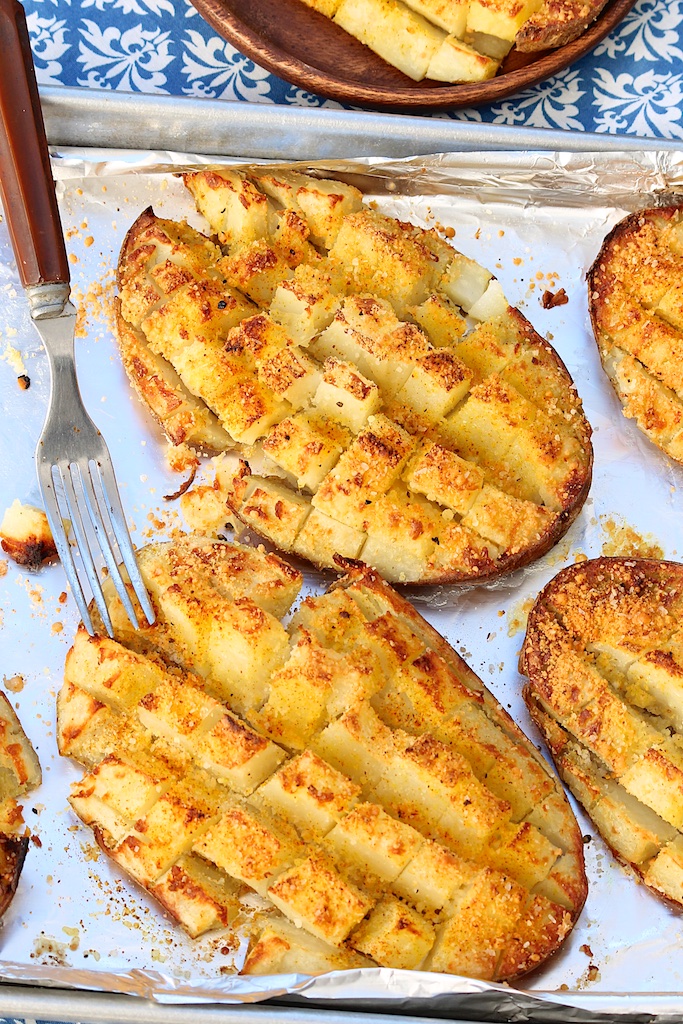 Roasted Checkerboard Potatoes
Yield: Bake as many as needed; figure 1/2 to 1 potato per serving, depending on size of potato and appetite
Print
Ingredients
Instructions
More On YouTube More on Instagram
Tried this recipe?Post a picture on instagram and we will repost it! Mention @fountainavenuekitchen or tag #fountainavenuekitchen!
The Fountain Avenue Kitchen https://fountainavenuekitchen.com/