A Few of my Favorite Things － June 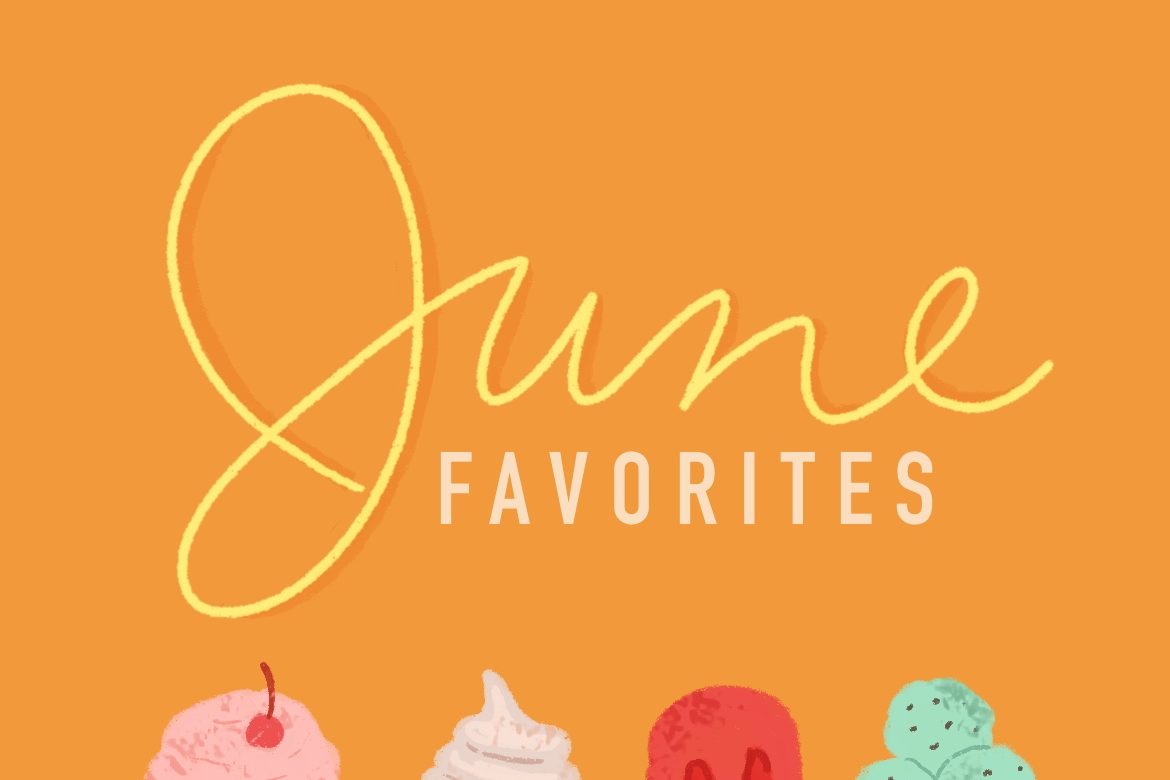 Jump to Recipe
Random trivia qualifies as one of my favorite things. It’s useful as a conversation starter or when the subject needs to be changed—and it’s just plain fun!
Recently, I read that trivia offers certain health benefits, too. For example, answering trivia questions can create a surge in dopamine, also known as the “feel-good hormone.” Trivia also helps to engage the frontal cortex, or the part of the brain that plays a significant role in processing memories.
So along with my usual list of favorites, I’m kicking off this month’s list with some fun facts about June! 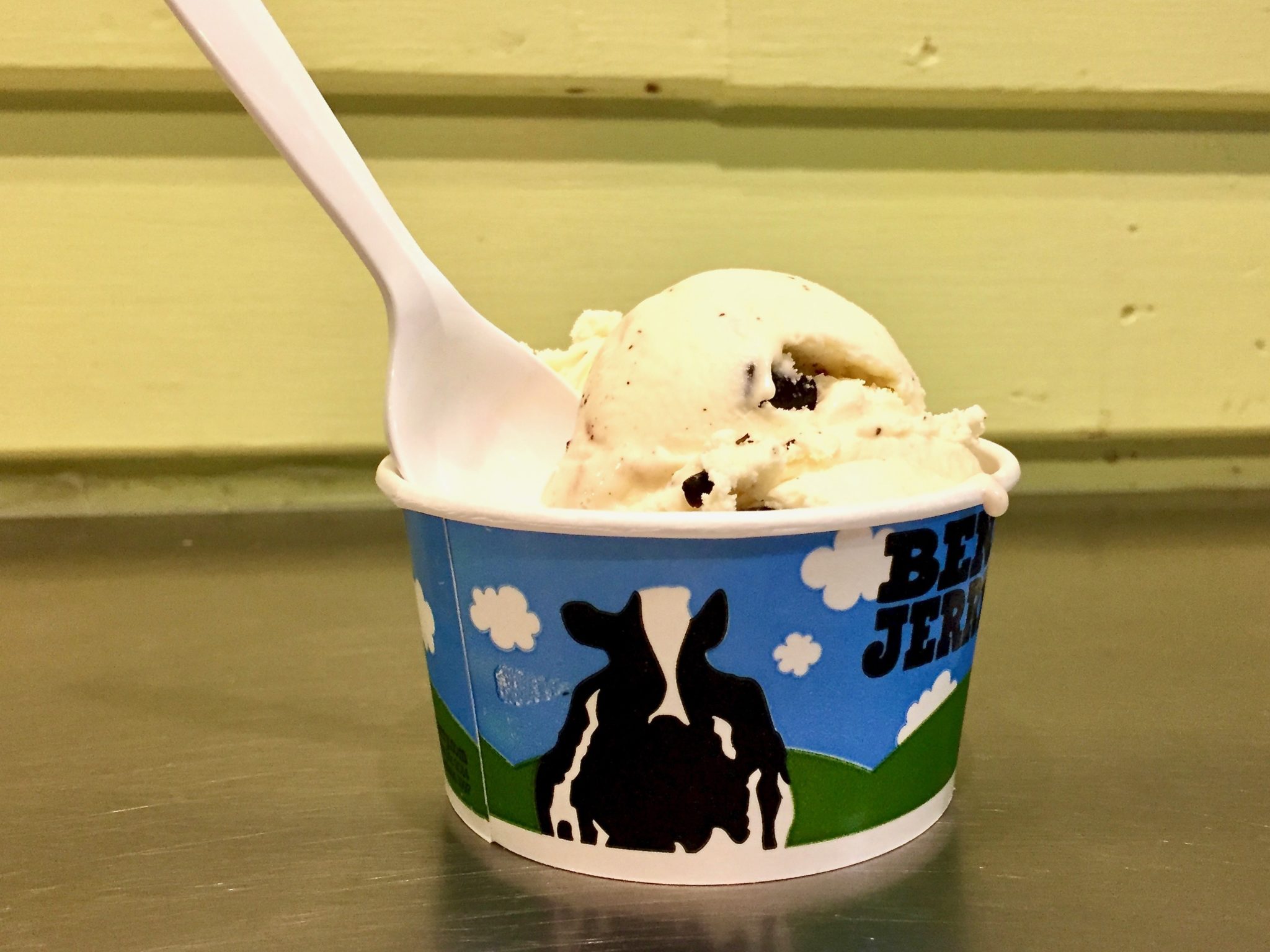 I have long joked that I could be a taste tester for an ice cream company, as I think I have the palate for ice cream that some people have for wine. 🤷‍♀️😜 Choosing one favorite is a tall task, and flavors are such a personal thing, so I’m keeping my list fairly basic－but welcome reader input!

Best Vanilla Ice Cream: Turkey Hill Homemade Vanilla (not to be confused with Original, French or Vanilla Bean varieties by the same company, which are delicious in their own right but not quite as perfect!) This ice cream bursts with pure vanilla flavor and has just the right butterfat content, making perfectly creamy－neither too dense nor too icy－with just the right “mouthfeel.”  Note, there is a similarly named vanilla in Turkey Hill’s all-natural line, but I find the texture isn’t as smooth and creamy.

Best Non-Dairy/Vegan Ice Cream: Luna & Larry’s Coconut Bliss is denser than my previous favorite in a way that’s more like many premium ice cream brands. This ice cream truly shines where texture and flavor are concerned; five minutes on the counter will soften it to a creamy, easy-to-scoop delight, and though a light coconut flavor may be detected in some of the flavors, there’s no “off” taste as with many of the non-dairy alternatives. Available in pints only, Mint Chip Galactica is a personal favorite.

Best Premium Ice Cream: On nights off as a summer camp counselor in Maine, my friends and I would each buy our own pint of Ben & Jerry’s ice cream, grab a plastic spoon and eat the WHOLE pint. (I know!!) I adored a now-discontinued flavor called White Russian, but Coffee Toffee Bar Crunch ruled the day, with New York Super Fudge Chunk trailing closely behind. These days, when I enjoy a more modest scoop (or two), I mine for those same big chunks of Heath Bar and dark and white chocolate chunks in the respective flavors.

Obviously, I’ve left out favorite soft serve, reduced calorie option, gelato, frozen yogurt and others. So please feel free to comment as to your personal favorite, noting any much-loved ice cream parlors that fellow readers may like to try on their travels. (I could write a whole post on this! 😍)

For a few of my homemade ice cream favorites, take a peek here. To satisfy all tastes and eating styles, there are no-churn, dairy-free, healthy and ice cream pie and cake options.

For fascinating and funny insight into how the Ben & Jerry’s brand came to be, I highly recommend the How I Built This Podcast with Ben Cohen and Jerry Greenfield.🍨 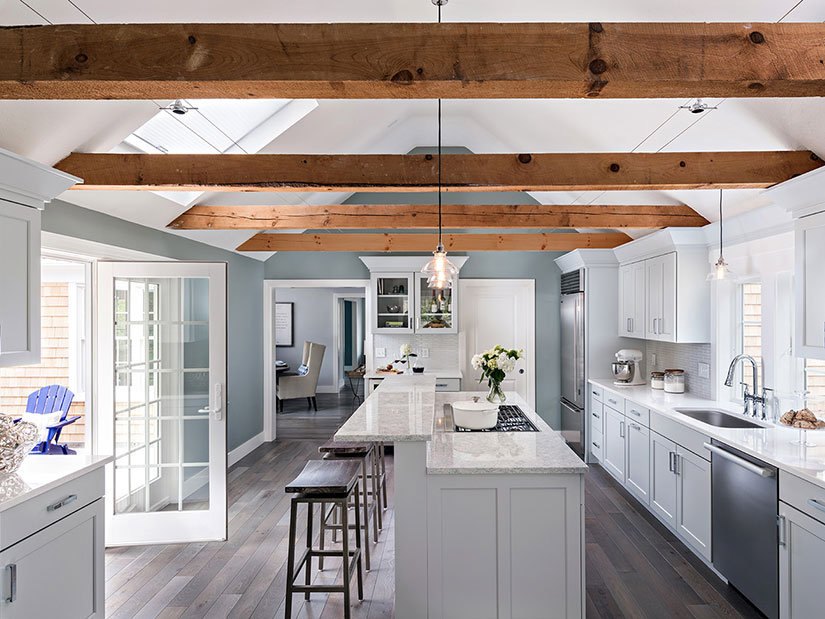 Those of you who follow my Fountain Avenue Kitchen Facebook page likely know that I post a “featured kitchen” every Friday morning for readers to analyze, for good or bad. I’ve had requests to carry some of them over to this space, so shown above is the kitchen from the last month that, based on reader comments, was the clear favorite.

One reader, for example, rated this kitchen “a twenty out of ten on a bad day.” Some readers, however, did want to add a splash of color.

The photos shown below was the runner up for the month of May. 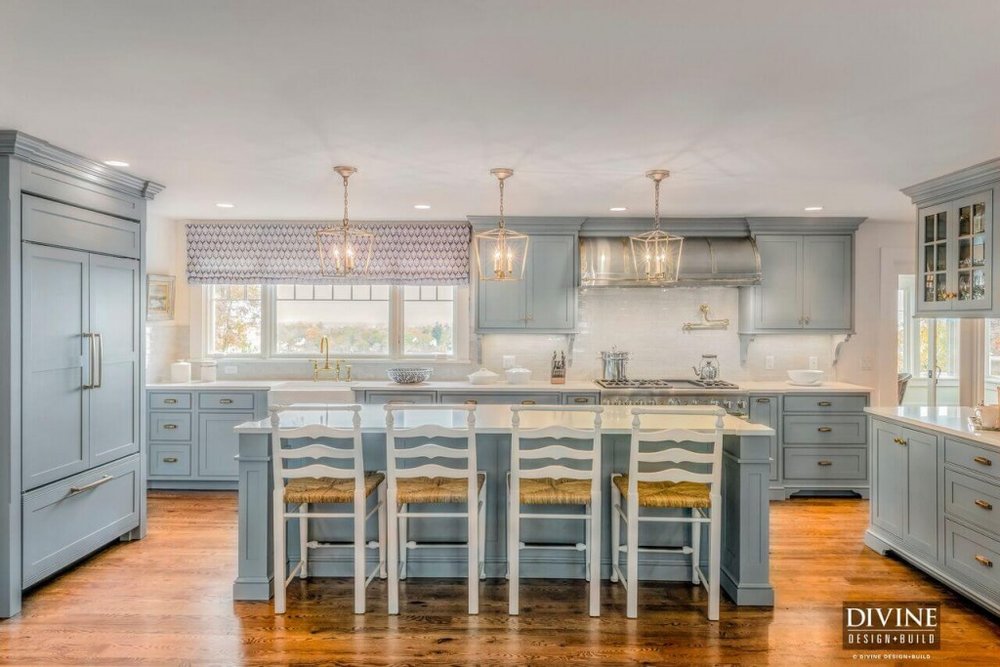 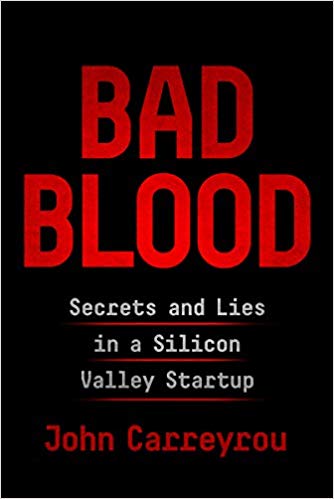 Bad Blood tells the inside story of the meteoric rise and total collapse of Theranos, a multibillion-dollar biotech startup founded by Elizabeth Holmes, a Stanford dropout who was widely considered to be the next Steve Jobs. The company promised to revolutionize the medical industry with a machine that could perform blood tests with a mere drop of blood.

Holmes surrounded herself with and received massive funding from well-known investors and politicians, ultimately building a company with a staggering valuation of $9 billion. But there was a problem: the technology on which the company was built did not work.

Carreyrou is the prize-winning Wall Street Journal investigative reporter who first broke the story doggedly pursued it, despite massive scare tactics and threats used by Holmes and her lawyers. He interviewed countless employees and industry players, many of whom were scared to reveal what they knew because they, too, were threatened.

The book introduces a lengthy list of the actual players and provides thorough details about the relevant technology, but I found this insight to be helpful in appreciating the overall scale of the fraud, considered the biggest corporate fraud since Enron. In many ways, the tale highlights what is often considered to be the “fake it until you make it” culture and bold promises of the Silicon Valley.

A friend of mine recommended watching the HBO documentary on the subject after reading the book, and I agree. The book digs far deeper and tells a much broader story, but the documentary provides an interesting follow-up and brings the real-life characters to life (and depicts Holmes’ uncanny ability to not blink and her often-referenced deep voice). 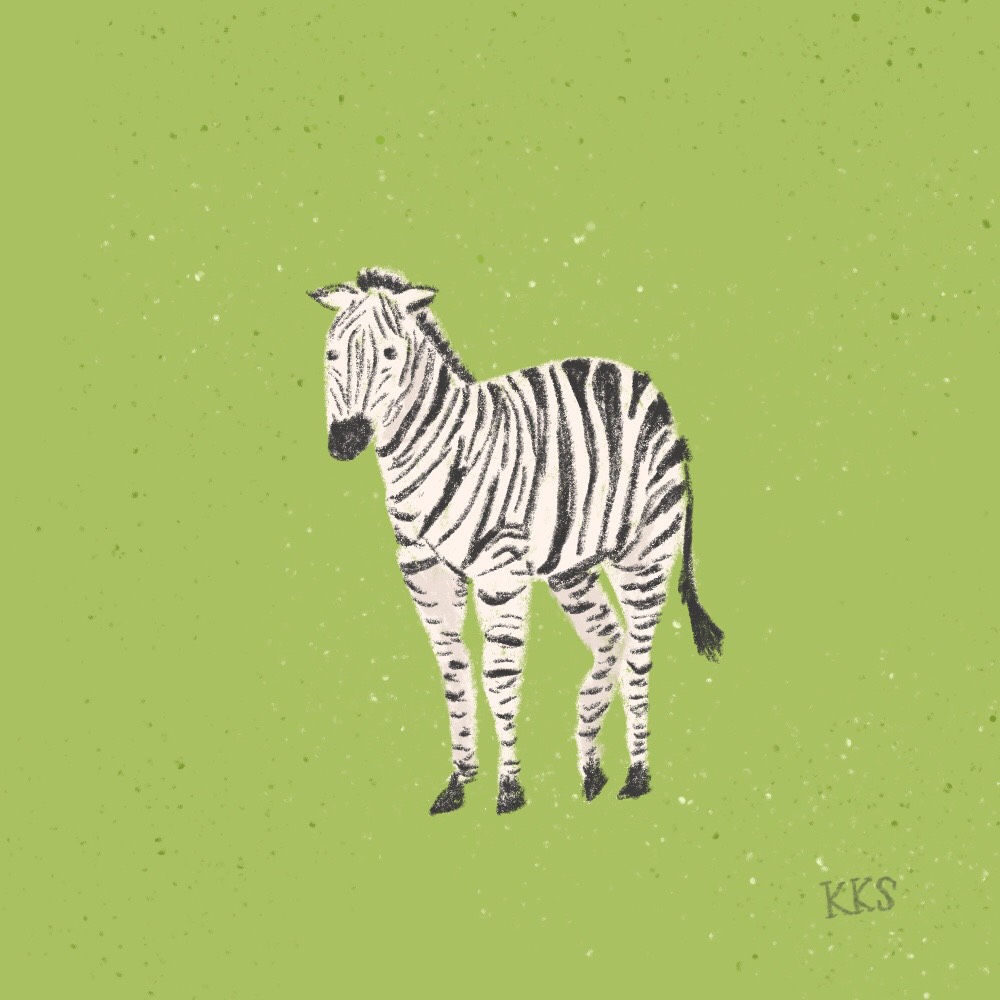 Maybe you’ve noticed the graphics that introduced my last few “favorite things” posts. They are compliments of my talented friend and graphic designer Kalyn Kepner. As a creative outlet and a fun way to hone her skills, Kalyn follows the daily drawing prompt spelled out by Making Art Every Day and shares her whimsical creations on her Instagram page.

Remember how popular coloring books for adults became so popular a few years ago? The Making Art Every Day website, spearheaded by Lisa Bardot, follows the same wisdom－that this creative outlet is good for all ages. It’s a stress reliever that helps us focus and express ourselves. It also hones our analytical skills, improves hand-eye coordination and stimulates the brain…among other things.

The prompt is always simple－maybe an animal, flower or household item. Kalyn shared several of her favorite animals for me to use here. (Aren’t they fun?) Artists of all abilities can share their creations on Instagram using #makingarteveryday or simply do it for their own enjoyment.

If you’re interested in drawing or seeing the daily prompts, you can see them on Lisa Bardot’s Making Art Every Day website. 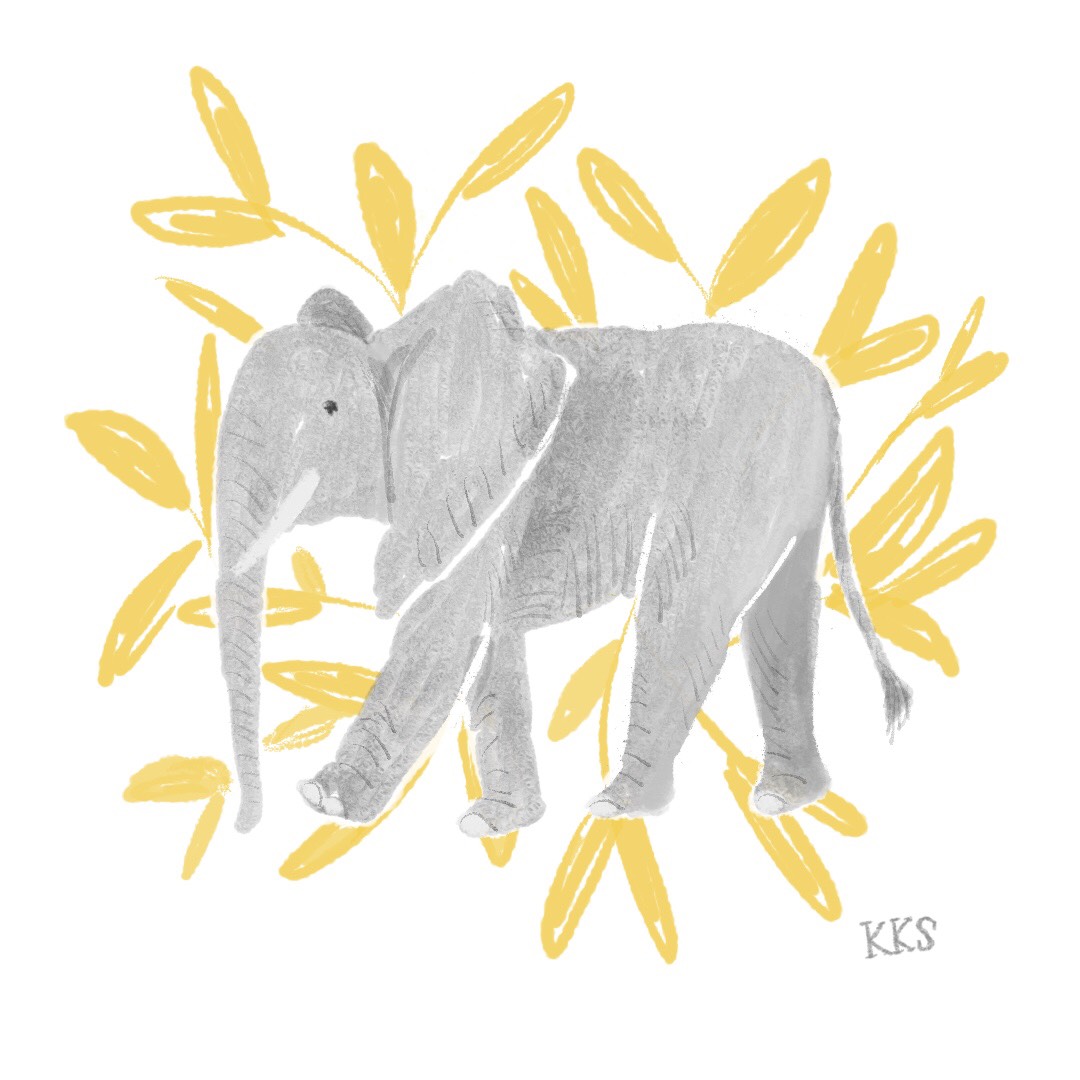 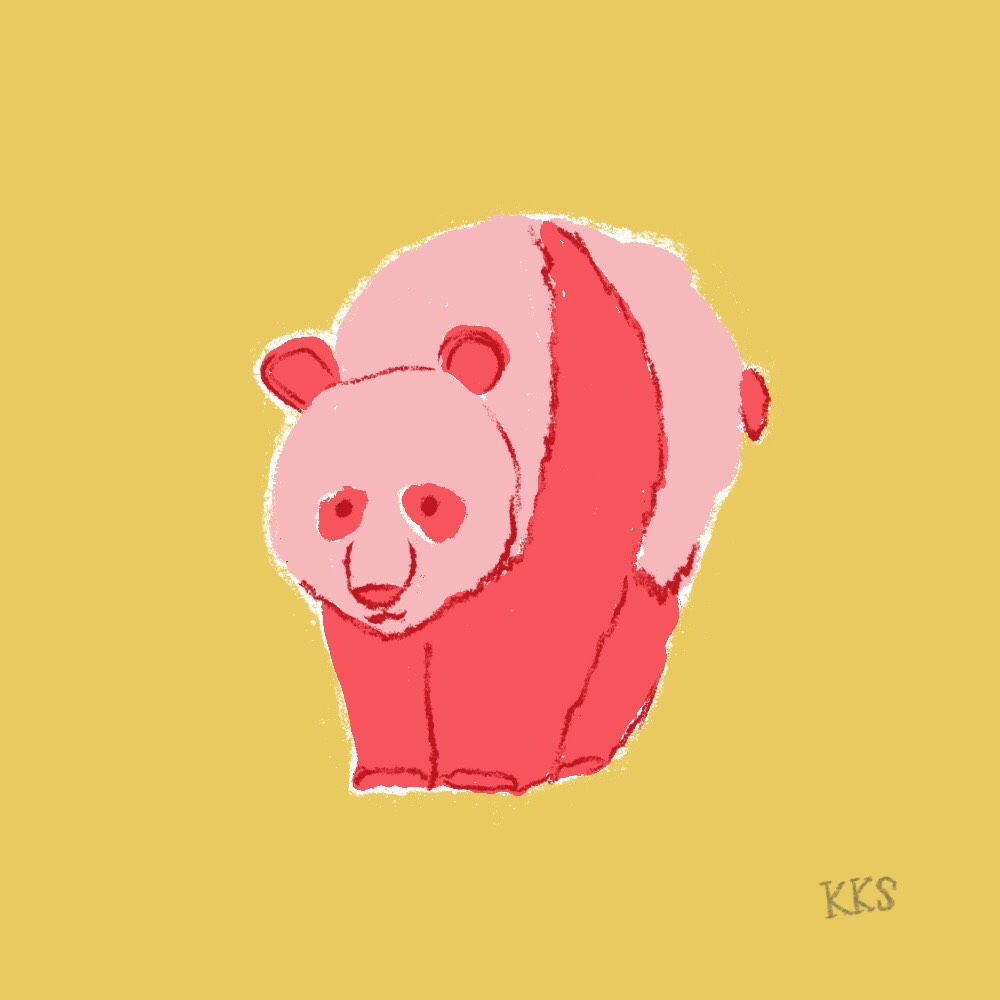 Favorite reader question from last month: Is hemp oil the panacea it claims to be?

I’m taking a little latitude in this “favorite things” space to address a topic that has come up frequently in the last few months. I’m by no means an expert, but I have done some research and can point those seeking more information in a helpful direction.

One can hardly listen to or read the news these days without stumbling upon the word “hemp.” I’ve had conversations with readers, friends and family members about the merits of taking a full spectrum hemp extract (often referred to as CBD, which is short for cannabidiol), or even cooking with it.

There are lots of misconceptions, but this much is true: unlike marijuana, hemp extract is non-psychotropic, meaning that it doesn’t effect one’s mental date. But, as one reader asked, is it the panacea it claims to be?

On the pro side, hemp oil has been studied for its potential role in treating common health issues including anxiety, depression, acne and heart disease. It may also provide a natural alternative for pain and symptom relief for those fighting cancer.

Though generally well tolerated and considered safe, some may experience adverse reactions like diarrhea, changes in appetite and fatigue. It’s also known to interact with several medications, so consulting a doctor prior to use is advised.

Recently, I decided to see if the oil would alleviate the nagging pain I’ve been experiencing for months in my foot and hip. In my effort to educate myself, I found the answers in this extensive list of FAQs to be quite comprehensive. It’s a helpful resource, especially when coupled with this comprehensive guide.

The jury is still out as to whether there will be a material difference in my discomfort. If there’s interest, I’d be happy to provide feedback after I’ve given the experiment some time. I’m also curious as to what your thoughts and experiences are with this increasingly popular product.

For those who may be wondering, I’m using Barlean’s oil because of my familiarity with the company and trust in their quality. 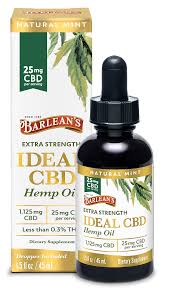