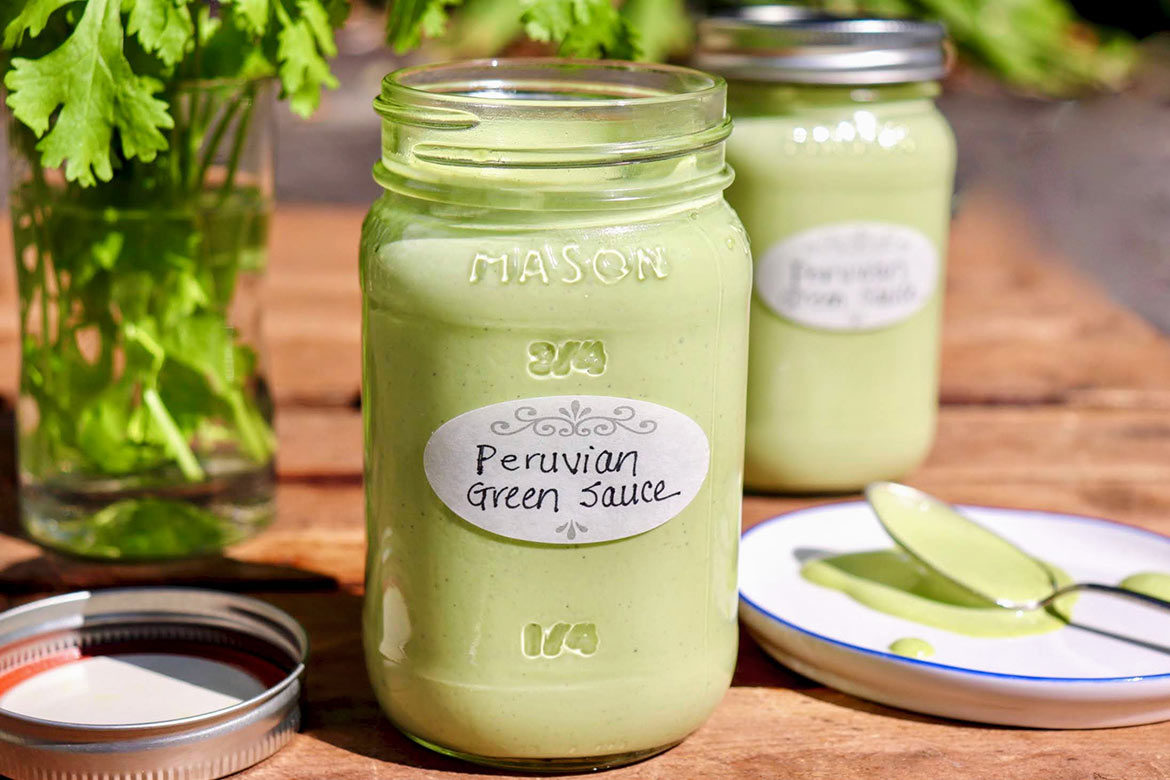 Looking for a condiment that complements and elevates seemingly everything? This flavor-packed sauce is easy to make－and makes enough to share. We almost always have a jar in the refrigerator, and whenever I whip up a fresh batch, I give a jar away.

How many times have you enjoyed a restaurant meal, only to wish you could easily recreate a component of that meal at home?

Occasionally, we get really lucky, and the chef is wiling to share what many would regard as a tightly held trade secret.

Such is the case with this vibrant sauce. I’ve made countless batches since the owner of a new local restaurant shared it with me late last summer. If there isn’t a jar in our refrigerator, it’s only a matter of time until someone in my family requests it, as they enjoy it on so many things. (More on the sauce’s inherent flexibility later.)

The recipe makes a generous batch, so I always give a jar away. Each time, the reviews have been brilliant. One friend is so enthusiastic, that I’ve given her a jar of the sauce on three or four occasions. She’s so happy to receive it that it makes me feel good!

Last week, I received the following text: “Girls begged and begged for the same dinner again (Peruvian sauce over grilled chicken). When I opened the lid of your jar, Katie LITERALLY started hopping up and down and squealing. I exaggerate not. 😀”

Given this sort of feedback, I’ve never considered cutting the recipe in half!

Alas, I cannot take credit for this glorious sauce, as it’s the creation of Francisco Gomez de la Torre, the owner of a new Peruvian restaurant in Lancaster called Frisco’s. When I first met Francisco, he showed me his restaurant and allowed me to sample all of the menu items. He also shared the story of his circuitious journey from Peru to Lancaster, PA. And he gave me the blessing to share that story and his delicious sauce with my readers. 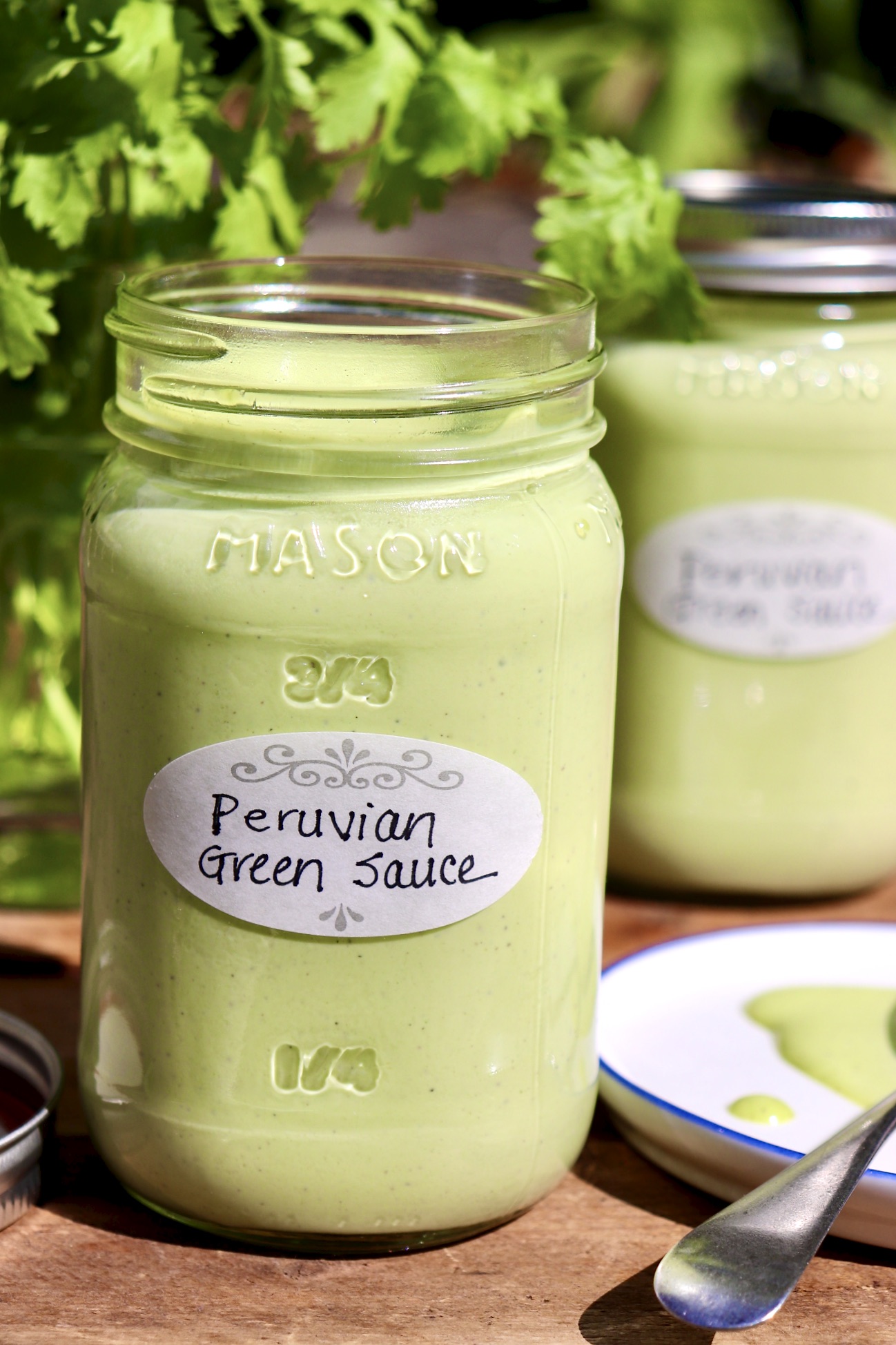 Francisco immigrated from Peru 18 year ago. At the time, he had a job in finance, a wife, and a young daughter－and a lot of worry about the unstable climate of his home country.

Upon arrival to the States, Francisco landed a job as a banquet server in Lexington, Kentucky, and eventually worked for Marriott hotels in New York, New Jersey, Virginia, and DC. When he came to Lancaster in 2008 for a hotel opening, he called his wife in Peru and told her he had found their home, the place where they could raise their daughter. Soon after, his family joined him. (And his family grew to four!)

When I spoke with Francisco recently, he explained that when he found his new life in the United States, he also found his passion. Work in the service industry gave him purpose and he said that, “When (his) customers leave happy, (he) is happy.”

So it may come as no surprise that when Francisco lost his job during the quarantine last spring, he used that passion to fuel another leap of faith: opening his own Peruvian restaurant.

“Every Peruvian loves chicken,” explained Francisco. The recipes, which differ from one corner restaurant to the next in Peru, are considered a precious commodity. He also pointed out that his signature chicken “is affordable, not deep fried, and most importantly, it’s delicious!”

To realize this dream, Francisco and his wife put their life savings into the restaurant. Though it’s a risk, he says he isn’t scared. He believes in the flavor and quality of his food and is counting on that to develop a loyal fan base and, eventually, lines that form out the door.

I first had the honor of sampling the menu items on one of the “practice days” prior to Frisco’s opening. To accompany the roasted chicken, which is steeped in a flavorful brine and slow cooked over wood charcoal, Frisco’s serves three types of sauces: a spicy yellow aji sauce, an even spicier red rocoto sauce, and a delightfully mild cilantro green sauce. The sauces are made with Peruvian ingredients like the rocoto and aji peppers, and huacatay, a Peruvian herb.

A variety of sides, from a fresh garden salad and roasted vegetables to French fries and Peruvian fried rice are available, too. Frisco’s wife even shared her family favorite slaw recipe. My favorite side is the yucca fries. Perfectly crispy on the outside and creamy in the middle, they tasted heavenly on their own but were also a fantastic vehicle for the flavorful sauces. 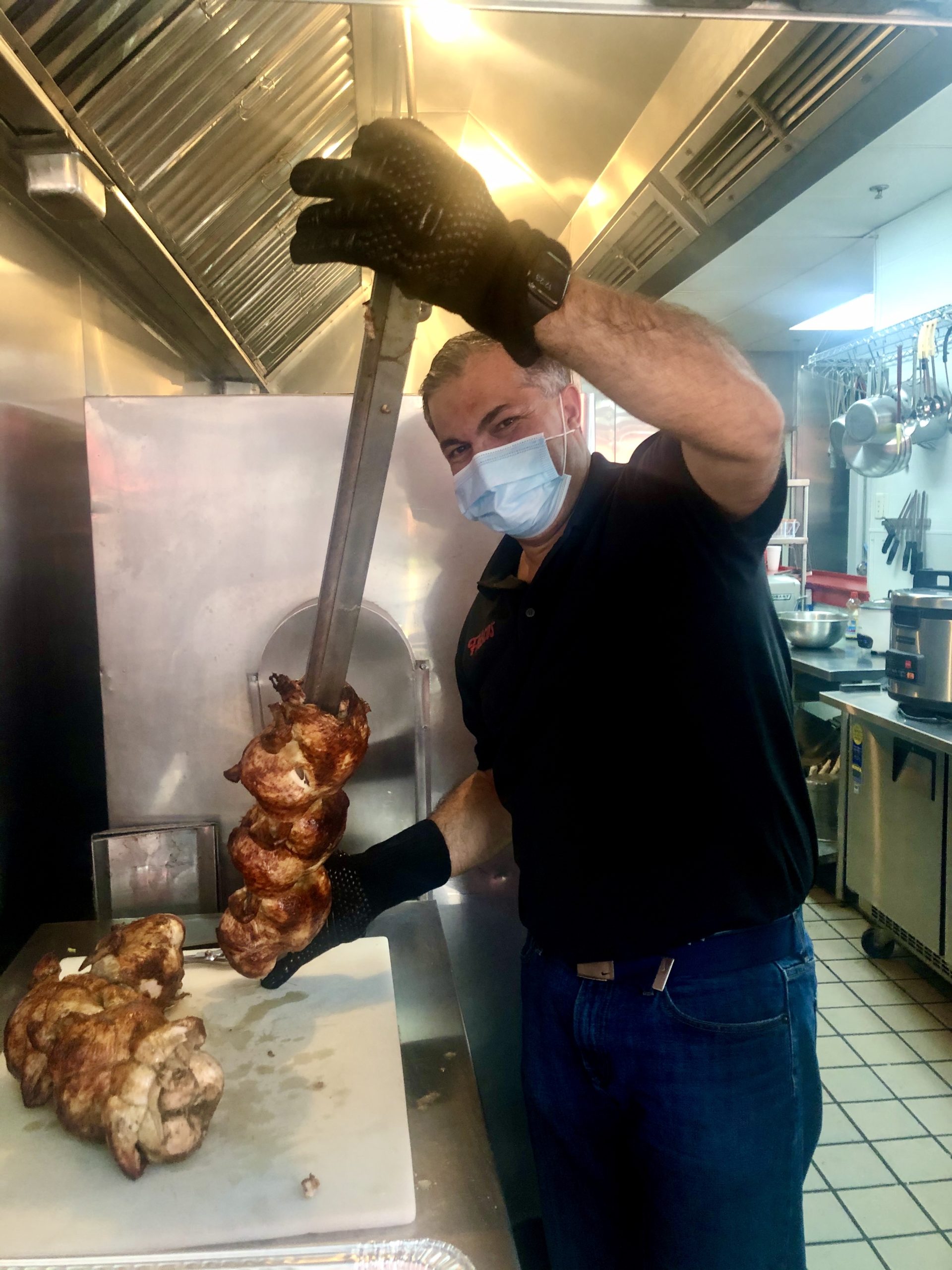 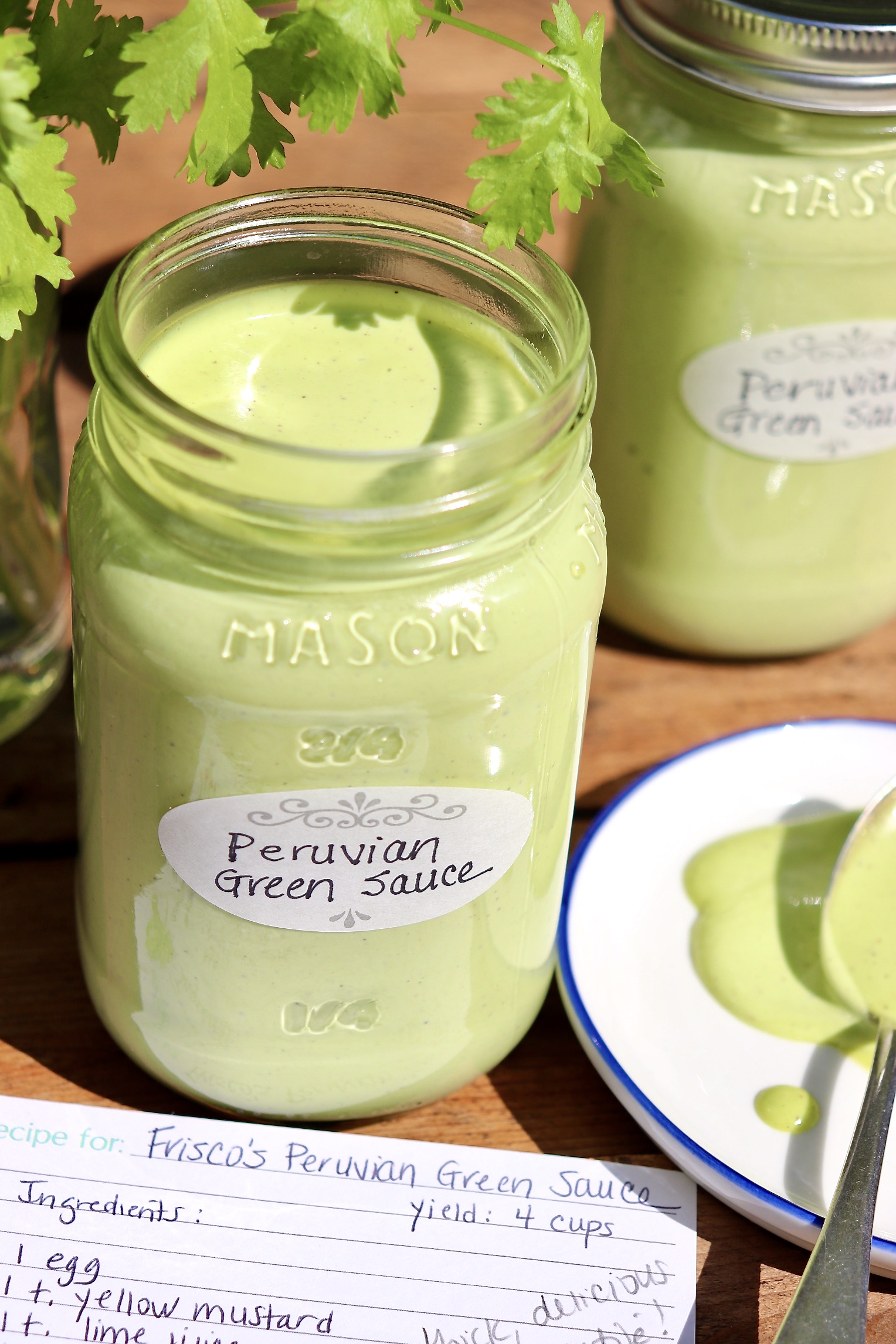 Francisco kindly shared his green sauce recipe with me, and gave me the blessing to share it here. He’s proud of this recipe, which he created on his own and is a staple in his own family’s refrigerator.

Besides chicken, how else can I enjoy this sauce?

Concerned about using a raw egg? There are options:

This recipe is much like making homemade mayonnaise, with the flavorful addition of cilantro and a few other odds and ends. The egg is necessary to achieve the thick, creamy, emulsified texture. I’ve always used a fresh, raw egg. That said, if you are concerned about consuming raw eggs, you can buy pasteurized eggs－or do it yourself.

Pasteurizing an egg simply means that it is gently heated in its shell with just enough heat to kill the bacteria without actually cooking the egg. The result is similar to a raw egg except the white of a pasteurized egg is slightly cloudy and thickened.

Pasteurized eggs can often be found in the egg section of the grocery store. (Note: I don’t recommend liquid eggs for this recipe.) As mentioned, you can pasteurize eggs yourself, and instructions can be found here: https://www.wikihow.com/Pasteurize-Eggs.

When using a raw egg: As a general rule, fresh eggs are safer to use than older eggs. Do not use an egg that is past its expiration date and never use an egg that has a crack in the shell.

Can I cut the recipe in half?

As I mentioned, the recipe makes a generous batch, which is perfect for sharing. It will also last the better part of two weeks in the refrigerator. If you’d like to reduce the yield, however, you’ll need to use 2 tablespoons of a lightly beaten egg. Do note that, with some blenders, smaller batches don’t always have enough volume for the blender blade to “catch” and do its thing. 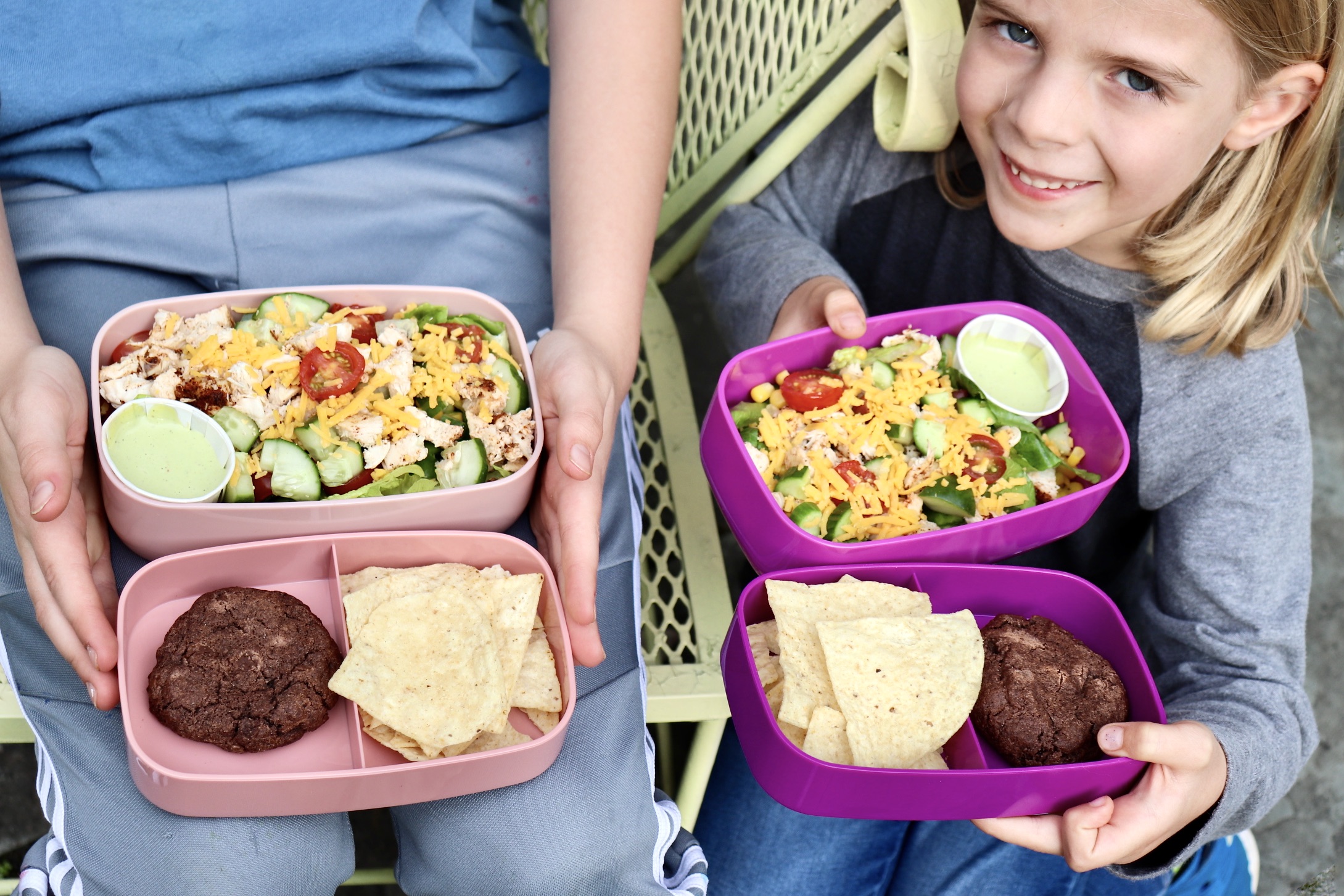 My brother and his family have become fans of this sauce, too. My nieces like to pack salads for their school lunches and use the Peruvian green sauce as the dressing－in this case a chicken tortilla salad, with chopped romaine, tomato, cucumber, black beans, chicken, cheddar cheese, and a few tortilla chips to crunch over top. They will tell you that they usually don’t even like cilantro. 😉 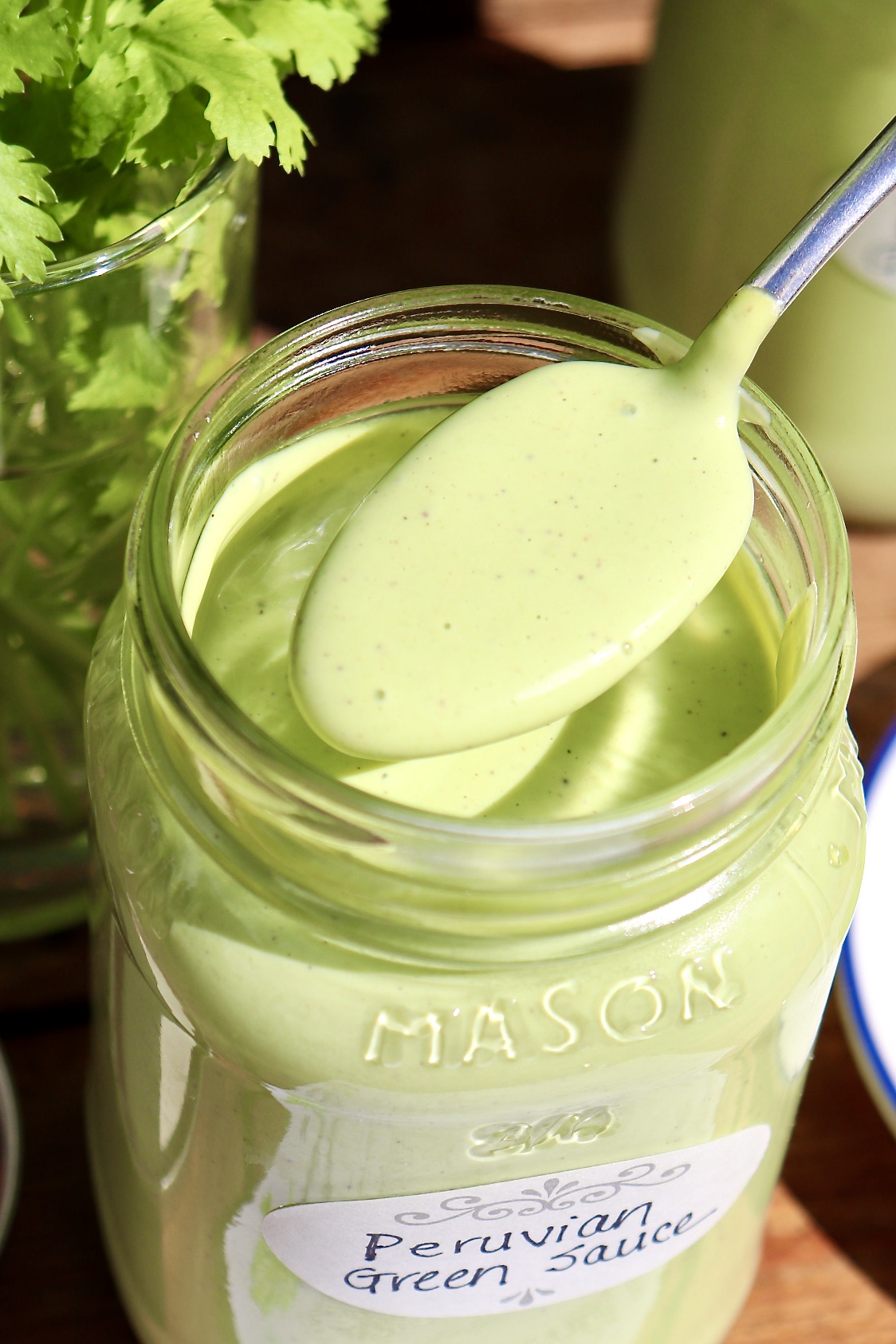 Frisco says that, in Peru, sauces are a must with every dish. This versatile option is a good one to have in your fridge!

If you live in the Lancaster area, you may wish to visit Frisco’s. For more information, click here. 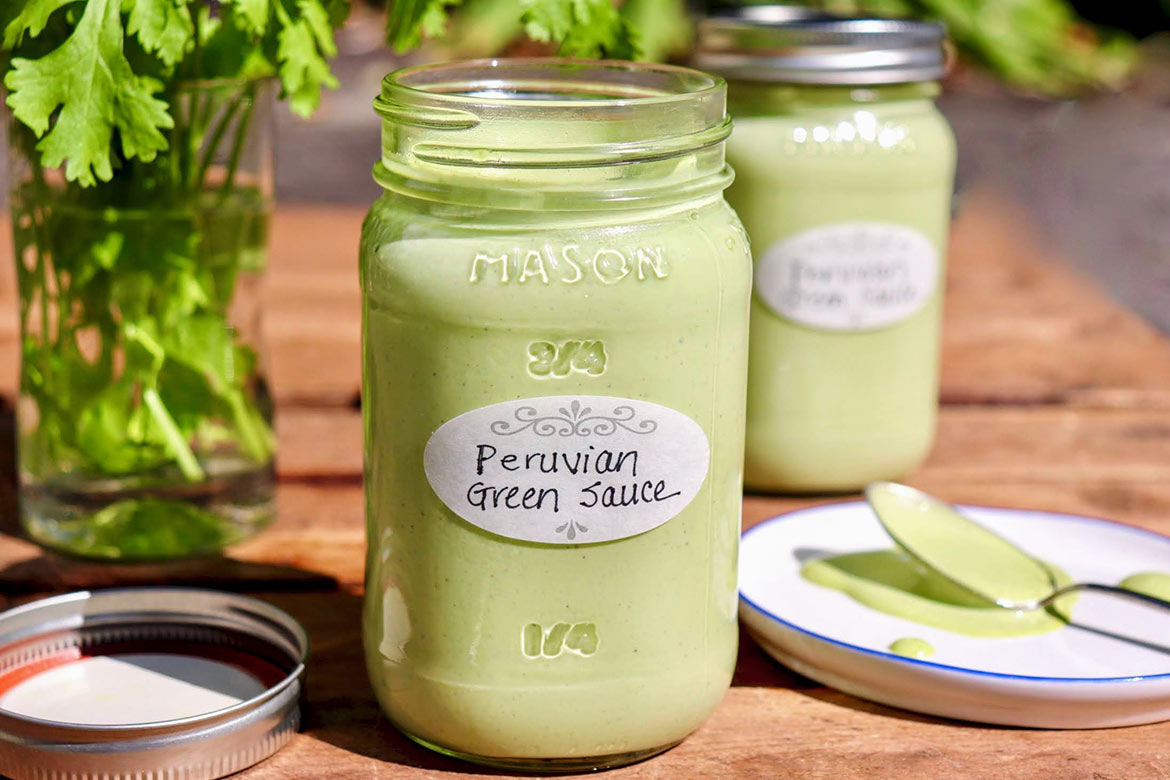 Peruvian Green Sauce
Yield: 4+ cups (perfect for sharing)
A blender is needed to whip up this versatile, restaurant-worthy sauce, but it's extremely easy to make. The process is similar to that of making homemade mayonnaise, only this velvety sauce is more foolproof and hits new levels of flavor.
Print
Ingredients
Instructions

Crack the egg in a blender, add the mustard, salt, black pepper, and lime juice. Start the blender on low to medium speed and slowly pour 1 cup of canola oil through the opening in the lid. Continue with the 1 cup of olive oil, and then remove the lid and add the milk (this addition can be done all at once), cilantro, garlic, and vinegar.

Blend on high for a minute or so, scraping down the sides as needed, until smooth and creamy, adding up to ½ cup or so more canola oil (or a mix of canola oil and milk**) to reach your desired consistency. (UPDATE: In recent batches, I’ve added an extra 1-2 teaspoons of lime juice in the final blend.)

Transfer to jars or another airtight container and store in the refrigerator, where the flavor will improve over the first few hours. Francisco considers 10 days to be the “shelf life,” although we’ve had batches last upwards of two weeks. Stir before using, if necessary.

*The first time I made this, I was worried that 1 tablespoon of salt would be too much, so I added incrementally but did end up using the full amount. The yield is large, and that amount works to properly season the sauce. If using table salt or if concerned that the end result may be too salty, start with 2 teaspoons and add to taste. Do note that the flavors meld over time, so if you’re not wowed when tasting from the blended, give it an hour or two!
**This may seem like a lot of oil, but remember the recipe makes a big batch–perfect for sharing! I recommend against using all olive oil, as the flavor will likely be too strong. Francisco adds up to an additional ½ cup of canola oil to achieve his desired consistency. I’ve begun using approximately ¼ cup each of canola oil and whole milk for a texture that is similar to a thick blue cheese dressing or non-Greek yogurt.