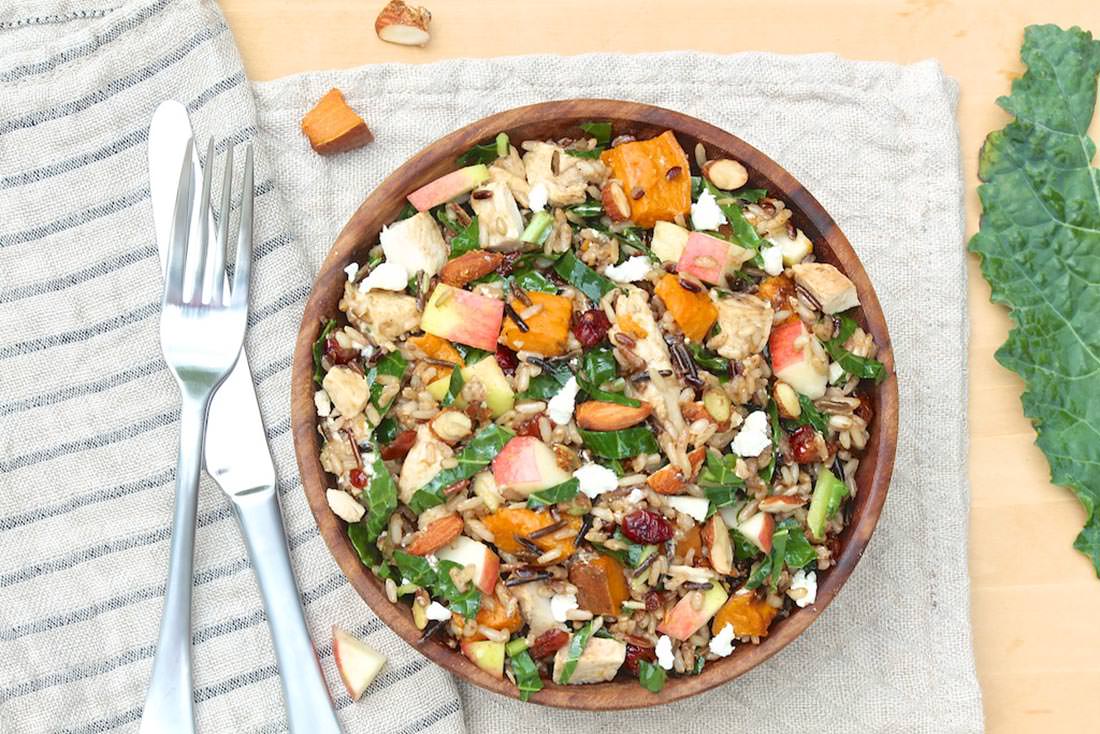 A sweetgreen copycat recipe, this wholesome bowl meal is easy to customize and a perfect way to use leftover turkey or chicken!

Faced with a need to raise funds for her college triathlon team a decade or so ago, Sarah Lanphier looked no further than her favorite homemade granola recipe. The nut-based granola sold like wildfire on campus, sending the team to collegiate nationals and laying the foundation for a future business, Nuts About Granola.

Despite early victories, which included being featured as the “Snack of the Day” on The Rachael Ray Show, Sarah often questioned the long-term viability of a specialty company that lacked the economies of scale enjoyed by larger businesses and struggled to acquire decent shelf space in a highly competitive industry.

Fittingly, I first got to know this hard-working triathlete and business owner at the gym, where we often swam laps on a similar schedule. Although I recognized the inherent challenges of a boutique company determined to maintain the integrity of its product, I underestimated the tough decisions Sarah would soon face.

In Sarah’s own words, 2015 was a rough year. It became apparent that she needed to downsize her business in order to keep it afloat. Downsizing meant that Sarah couldn’t maintain full-time status at her own company, so she began interviewing for another job. Ultimately, Sarah settled on work as a consultant, which enabled her to oversee the reorganization of Nuts About Granola.

Through it all, Sarah was always on the lookout for new outlets for her granola, which is available in many varieties, including bestselling flavors peanut butter & jelly and “muddy waffles,” seasonal favorites such as carrot cake, and newer savory and Paleo product lines.

Early last year, a buyer for Costco expressed interest in Sarah’s nut-and-seed-based Paleo granola, called Forager, but the high price of almonds at the time precluded a deal. Sarah kept in close communication with the buyer, and after a good almond season, hope of making a deal returned. For the following eight months, Sarah worked tirelessly on all aspects of packaging, manufacturing, marketing, and financing to get the order off the ground.

Although the hurdles along the way seemed endless, Sarah overcame them one by one, and in August, Forager hit the Costco shelves. As a result, Nuts About Granola was able to completely free itself of debt and invest for the future. Just when it seemed like the end was near, the stars aligned and Sarah’s never-give-up spirit paid off.

I have long been a fan of Sarah’s Forager granola because it can be used differently than standard oat-based granolas. The original variety, simply called nut+seed (other Forager flavors include chocolate chia and banana maple), is the most versatile and a rough chop will complement oatmeal, yogurt, and a variety of salads and baked goods—think of it as a flavor-added shortcut to toasting raw nuts and seeds yourself. Because the mix is only lightly sweetened, it pairs well with both sweet and savory recipes. Of course, as with any good granola, it can absolutely be enjoyed by the handful!

I began making the following recipe after enjoying something similar at a restaurant in Boston last summer. As with many of my recipes, you may absolutely use it as a framework, omitting any ingredients that you don’t enjoy and/or adjusting the specified quantities to taste. The prep can be done in stages, leftovers are fair game, and your favorite bottled balsamic may certainly be used. For those who prefer homemade vinaigrette, I have linked a personal favorite. 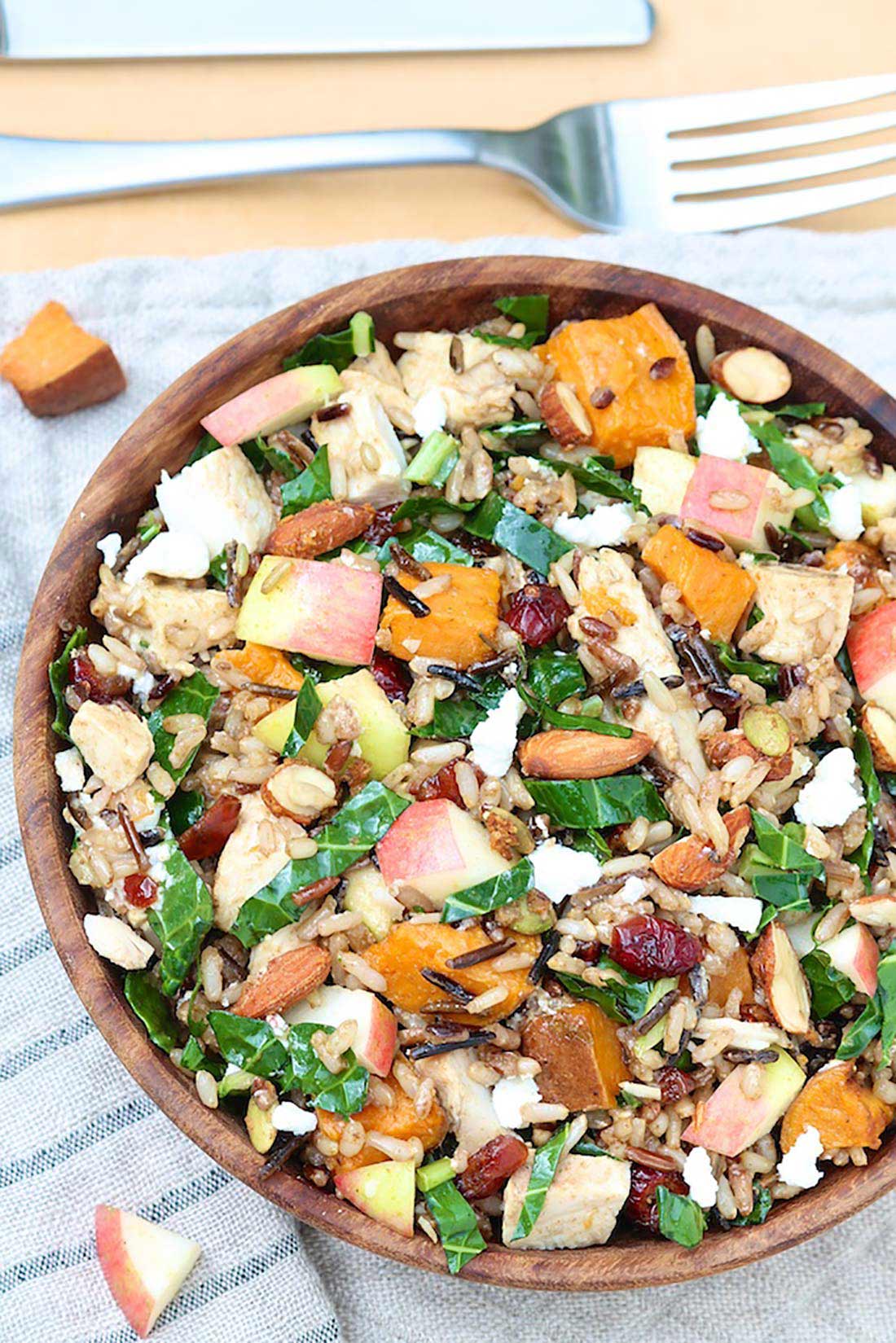 Feel free to adjust the proportions of these bowls according to personal preference, making them heavier on your favorite ingredients or omitting any you can do without. If using the homemade vinaigrette, you’ll have enough leftover for another salad later in the week. 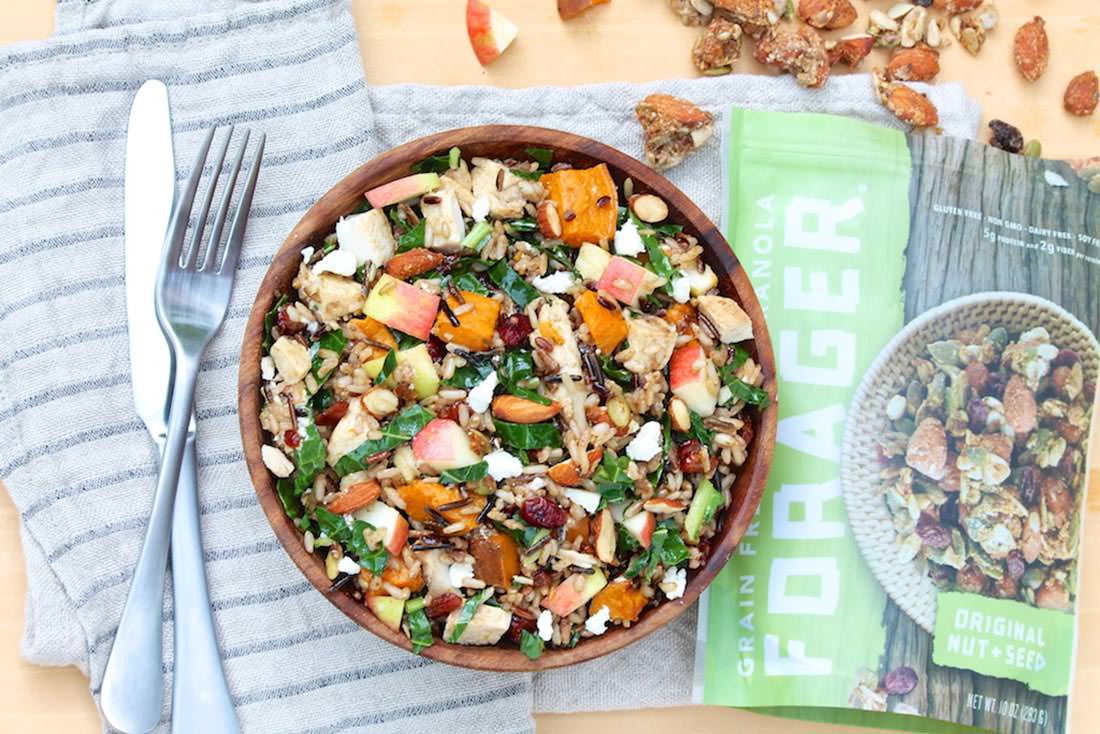 For an option to slivered almonds and/or seeds in this and other recipes, you could try Sarah’s Forager granola.  For a free, no-strings-attached sample, click HERE.