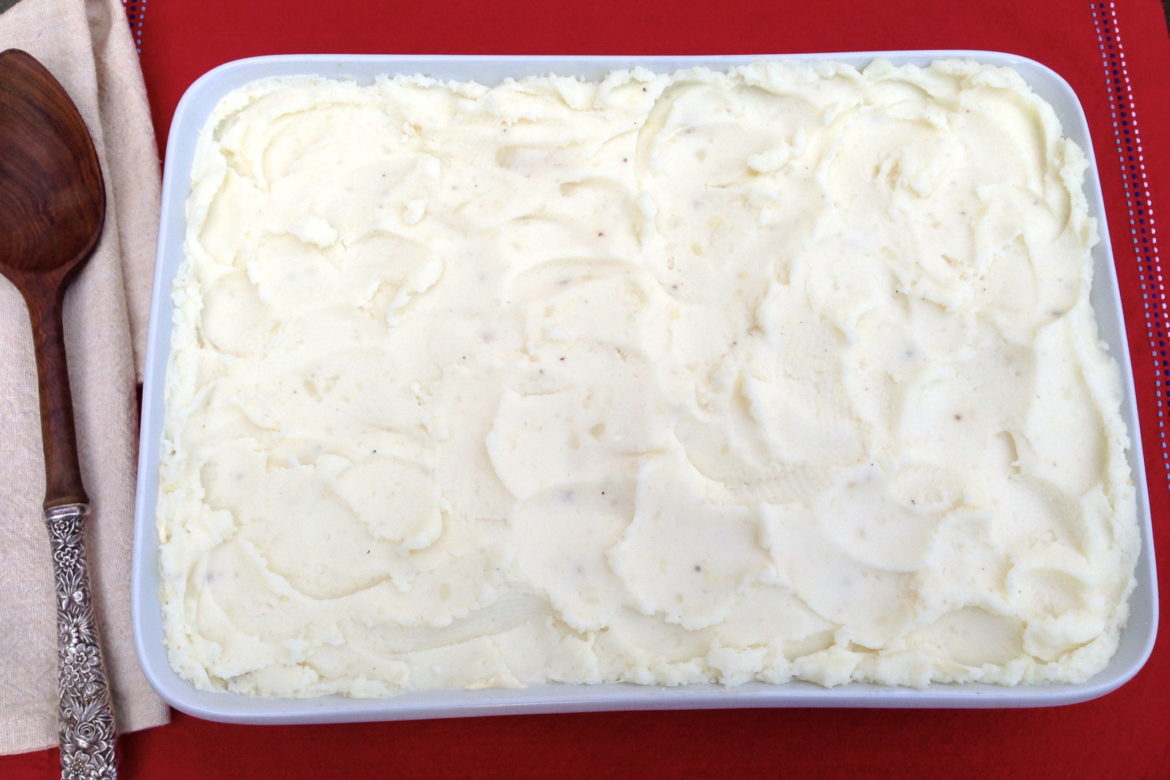 Even though my job is all about cooking, I rely on make-ahead dishes as much as the next person.  Ironically, aspects of The Fountain Avenue Kitchen often keep me away from the kitchen; and then there are the day-to-day responsibilities that we all have, be it kids’ activities, volunteer work, appointments, walking the dog, cleaning the house…you know what I mean!

So, as it occurred to me that I was rather behind in my holiday preparations and I will be hosting 20-plus people very soon, the time was perfect to make these make-ahead baked mashed potatoes.  The above photo was taken pre-baking–that is to say, without the final, golden crust created by baking with the Parmesan and butter–because I am going to do exactly what the recipe says you can do…freeze them!

It is always a treat to have the work completely finished, save the final pop into the oven. Though for years I made this recipe with sour cream and cream cheese, more recently I have been using 2% Greek yogurt and Chèvre.  An interesting side note:  cream cheese is made from the fat of cow’s milk. Chèvre is a similarly soft cheese that is made from whole goat’s milk.  This was explained to me by the purveyor of a local goat cheese at our farmers market, and I thought it was an interesting bit of information.  The result is that Chèvre is 50% lighter than cream cheese while being a great alternative for those who cannot tolerate cow’s milk.  Most importantly, I like the flavor.

All that said, you may certainly make this dish with cream cheese and sour cream as I have done many times.  The final dish will puff up a bit during the final baking and taste delicious. One of my friends makes this recipe for Thanksgiving every year.  She triples the recipe and uses the crock pot method, mentioned below, instead of baking. Her family is full of diehard mashed potato fans, and she says these are the hit of her meal.

While I quite like the addition of chives, when I am cooking for a group which includes a lot of kids or mashed potato purists, I omit them.  My favorite part is the Parmesan crust on the bottom…as well as the fact that the all the messy pots have been long cleaned by the time we enjoy these.  I hope you agree! 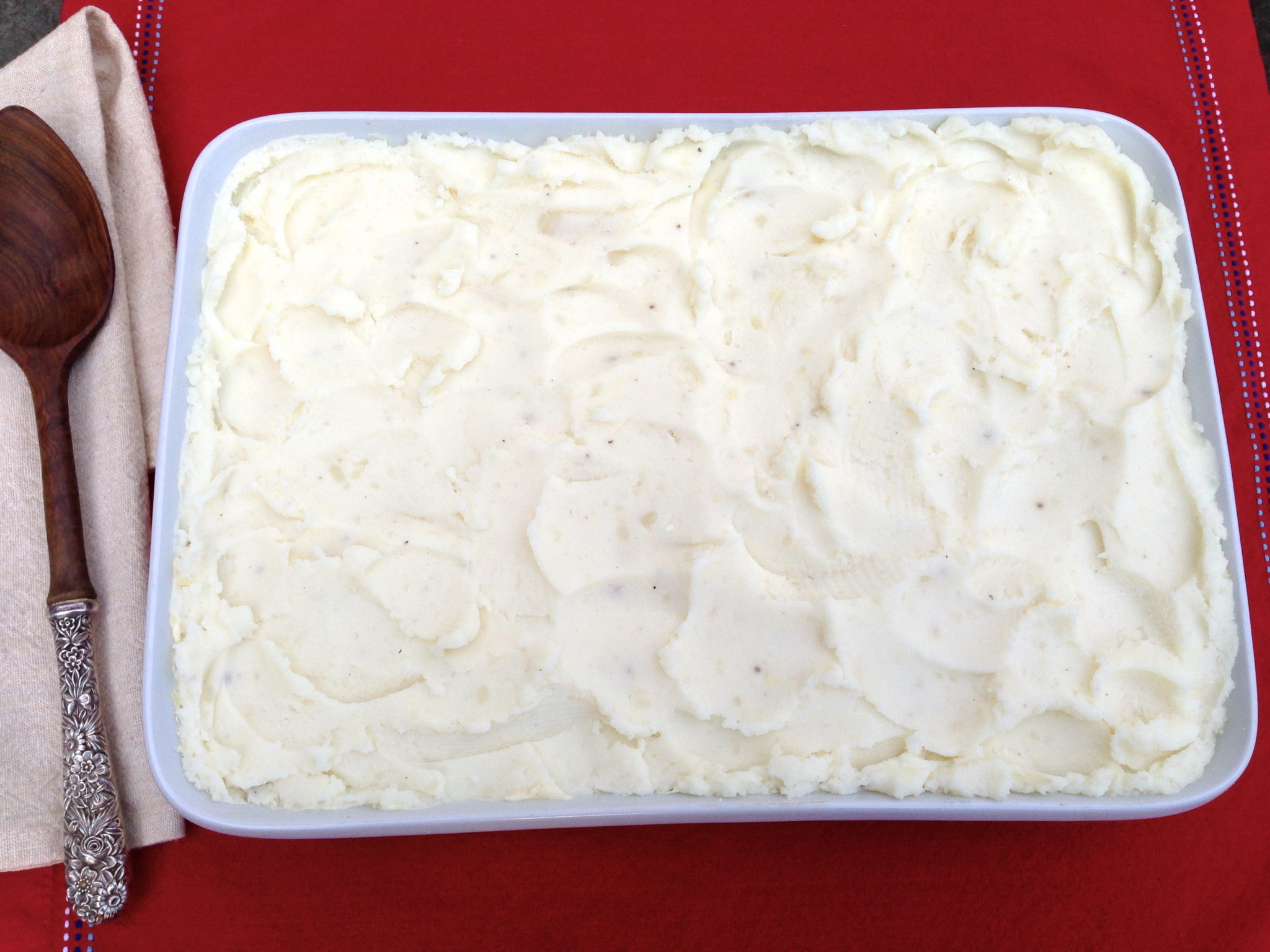 Make-Ahead Mashed Potatoes with Greek Yogurt and Chèvre
One of my favorite elements of this recipe is the crispy Parmesan crust! This amount of potatoes will feed approximately 10-12 people. The recipe may easily be cut in half and does freeze well making it a great do-ahead entertaining option. If you would like some for now and some for later, prepare in two 9-inch pie plates or 8-inch square baking dishes and freeze one. See notes for slow cooker option.
Print
Ingredients
Instructions
Notes
Tried this recipe?Post a picture on instagram and we will repost it! Mention @fountainavenuekitchen or tag #fountainavenuekitchen!
The Fountain Avenue Kitchen https://fountainavenuekitchen.com/