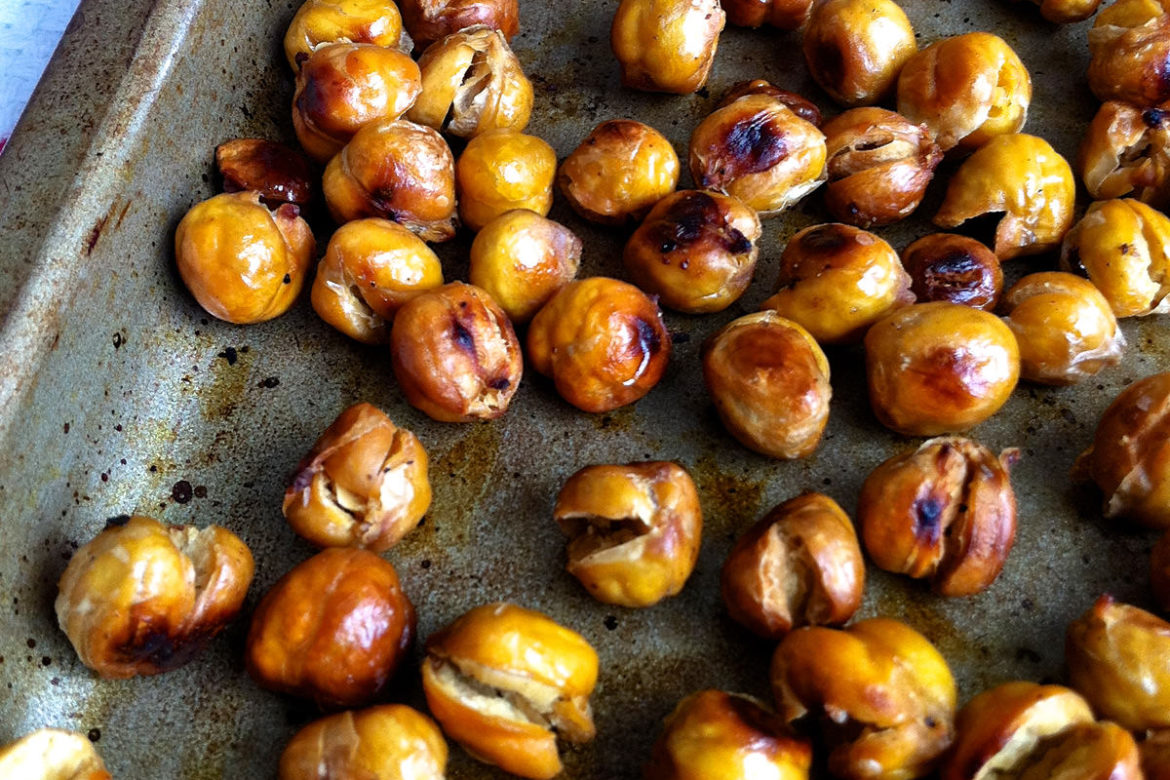 A simple technique and helpful hints for the best crunchy snack–that happens to be healthy, protein-rich, economical, and easy!

Last year, when I first posted my recipe for roasting garbanzo beans, a couple of my friends mentioned that a few of the beans popped in their oven!  We quickly determined that the garbanzos still had a good bit of moisture clinging to them;  a thorough draining and patting dry will prevent this.  We laughed over the incident, and every time I make this crunchy snack I now think of these friends and smile.

I figured it was time to update this recipe for several reasons.  First, this occurrence gave me the thought to take the drying to another level.  I now put the well-drained beans on a tea towel or a couple layers of paper towels and allow them to sit on the counter for a couple of hours to thoroughly dry.  You can also put them in the fridge.  In one case, I never got around to roasting the garbanzos, so I wrapped them up and refrigerated.  I ended up forgetting all about them, baking them two days later, and they were perfectly crunchy and delicious.

Another change I have made is the oven temperature.  I now start roasting at 400 degrees F and then reduce the temperature to 350.  This way, the beans get the initial benefit of the high heat and then continue to cook and crisp up at a lower heat where they are far less likely to over-brown or burn.  On occasion, I have removed the tray from the oven and realized, once the beans cooled, that some were not fully crisp.  The simple solution is to put them back in the 350 degree oven for another 10 minutes or so.  (This technique  reminds me of my grandmother’s favorite way of “freshening” stale pretzels or crackers.  A little heat dries them out and restores crunch.  This can also be helpful if you live where it is humid and the garbanzos lose their crunch after sitting on the counter for a few days…if they actually last that long! )

Lastly, because I love to experiment in the kitchen, I started to think that, if garbanzo beans taste so satisfying once roasted, why not other beans?  Following the recipe are some photos with a few details about some of the other beans I have roasted.  It actually started with a can of black eyed peas that had been in my pantry for quite a while.  When they turned out crunchy and satisfying, albeit a little small, I decided that big butter beans could be the ticket.  By the looks of them on the pan, I initially thought they were a big failure.  But the looks belied the taste, and my son who does not like beans was the biggest fan! Now, I am buying more beans than ever!

Whether you call them garbanzo beans or chick peas — and whether you roast this type or experiment with one of the many legumes available — they truly make a perfect snack food when roasted. They are an inexpensive, high-protein snack and can even be a crunchy, low-fat alternative to croutons in a salad.  Put out a pre-dinner bowl when company arrives. From boring can of beans to clever hors d’oeuvres…who knew??

Note:  I love the flavor of a simple sprinkling of sea salt, but you may certainly experiment with different spice.  Click here for the recipe for Indian-Spiced Roasted Garbanzos. 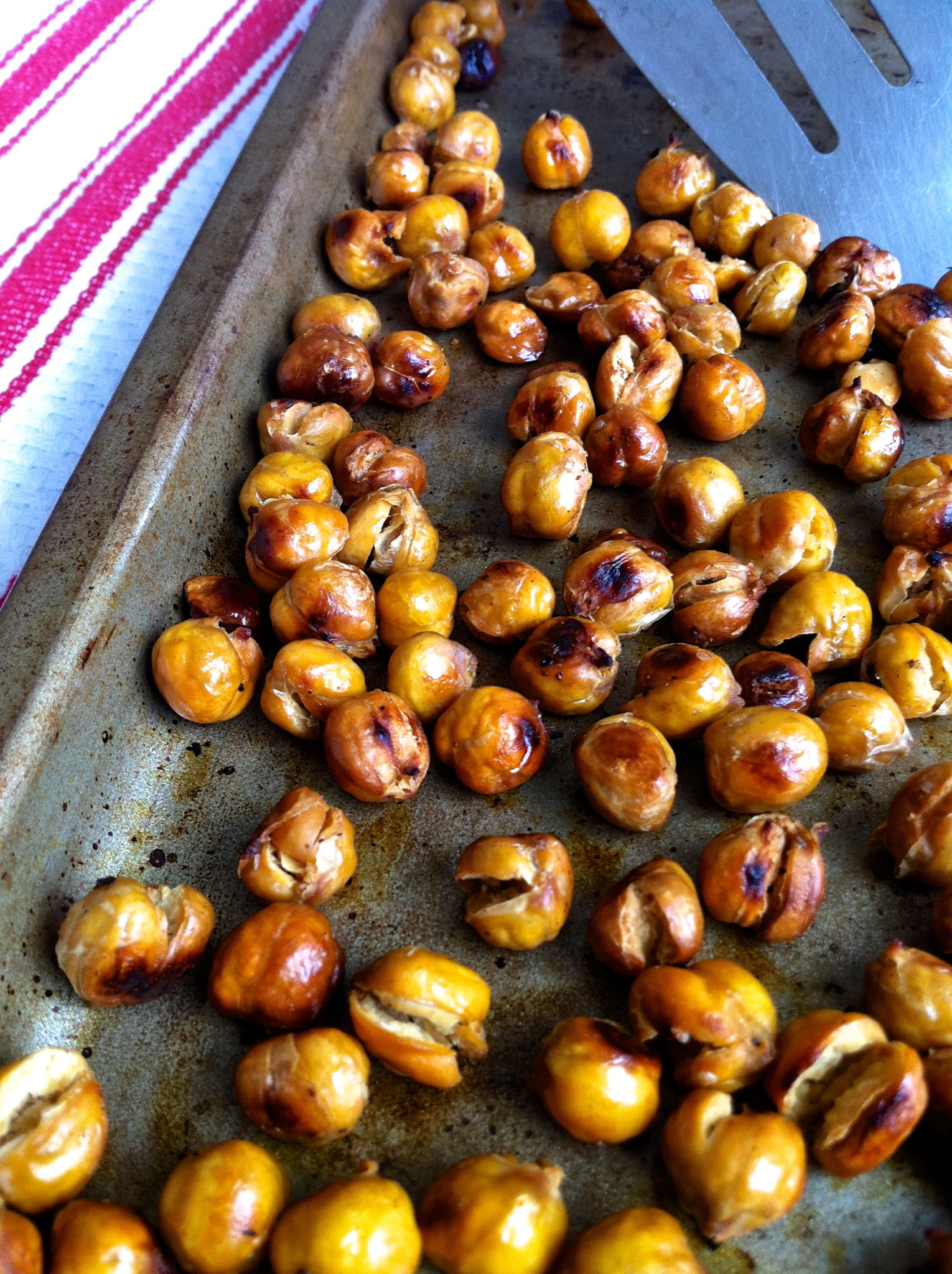 Roasted Garbanzos
After making these many times, I have learned that allowing the garbanzos to get really dry and then reducing the oven temperature after the initial 15 minutes results in a thoroughly crisp snack with less chance of over-browning. You can even allow the drained beans to rest on a tea towel or a few layers of paper towels on the counter for a couple of hours. Beyond that, wrap and store in the refrigerator until ready to roast.
Print
Ingredients
Instructions
Notes
More On YouTube More on Instagram
Tried this recipe?Post a picture on instagram and we will repost it! Mention @fountainavenuekitchen or tag #fountainavenuekitchen!
The Fountain Avenue Kitchen https://fountainavenuekitchen.com/ 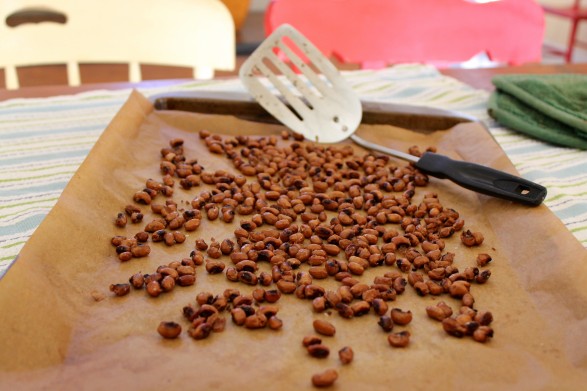 A can of black-eyed peas that had been sitting in my pantry for far too long roasted up crunchy and delicious! 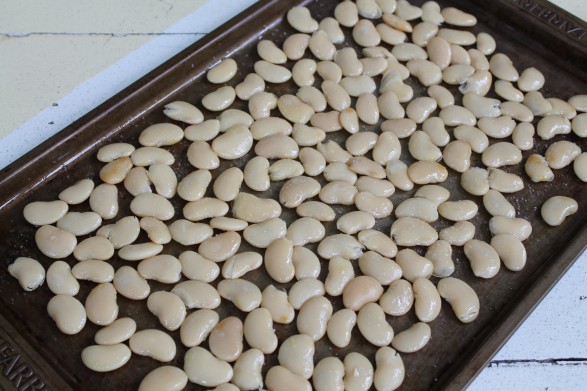 This is the before picture of two cans of butter beans. 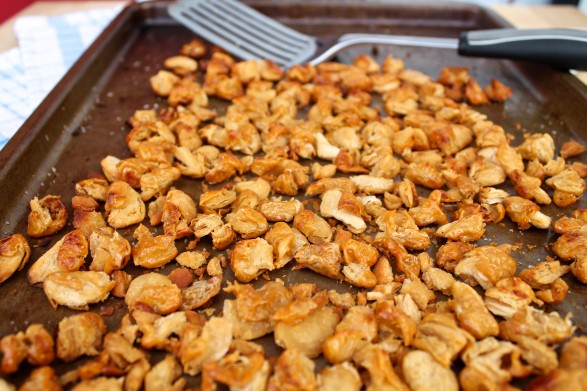 Though the butter beans split and looked like a miss, I continued to roast them until they were crisp, and they were an unexpected hit. We all loved them and I will make again for sure.

This recipe has been shared with Thursday’s Treasures, The Slow Roasted Italian, and Foodie Friends Friday.