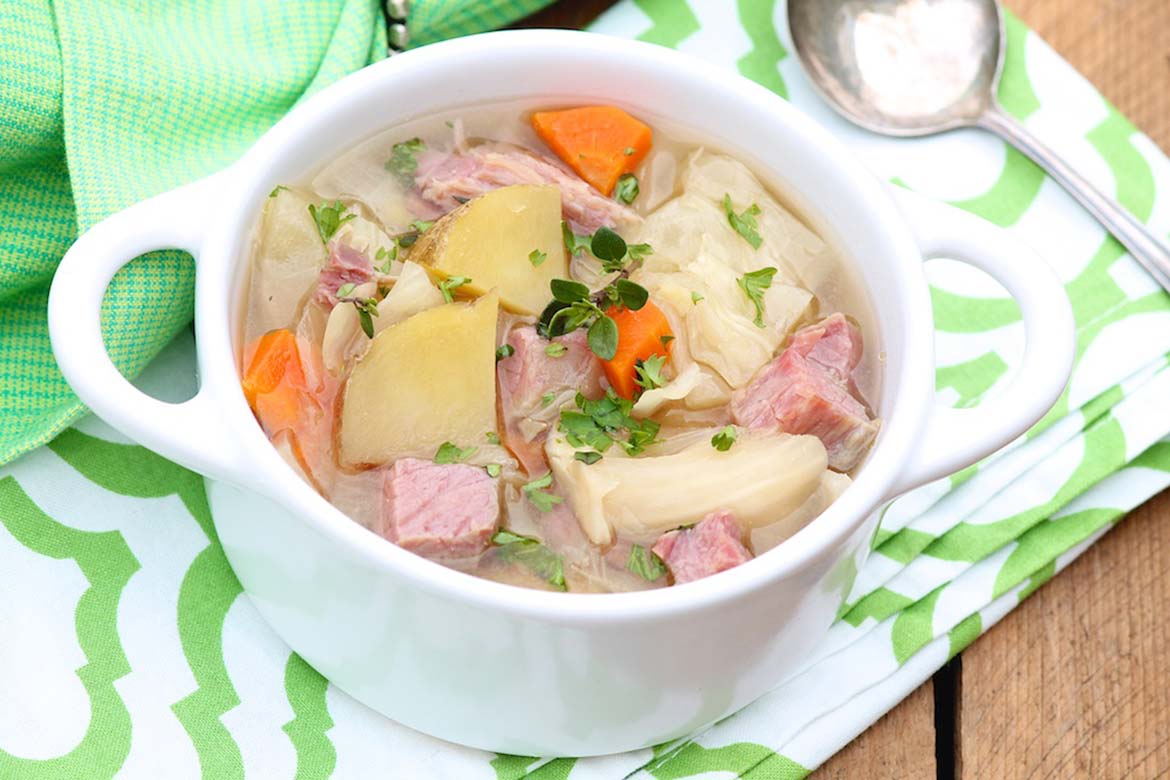 I was jinxed! The very same day a friend asked me if I had ever made something that flat-out flopped, it happened. Usually, my kitchen disasters hinge on my general clumsiness, like dropped salad bowls (full of salad) or spilled wine (red, of course).

But around this time last year, I unwittingly rendered a soup I had successfully made many times virtually inedible. While preparing the following soup for a St. Patrick’s Day meal, I decided to incorporate some beer into the mixture. I’ve done this many times with chili, and it’s commonly used in Irish stew.

While I often cook with a basic lager or Corona, this time I used an IPA that I had on hand. While it tasted good when I took a sip before adding it to the slow cooker, over time a pronounced bitter flavor emerged. I stood over what was supposed to be dinner and cringed at the thought of wasting so much food.

I mentioned it to my husband, who said I should just scoop out the solids and leave the broth behind. But even that was not enough to eradicate the overwhelming bitterness. There was no way this was going to pass muster.

In a last ditch effort, I drove to the store and bought more broth. Then I dumped the entire contents of the slow cooker into a large strainer and rinsed it. From there, I returned the cabbage mixture to the slow cooker and added fresh broth. The end result was a soup that lacked the full benefit of a long simmer with the corned beef and vegetables–but it was far better than the harsh tasting alternative!

I am by no means a beer expert, but a little research revealed that IPAs typically have a high ratio of hops to malt (pale ales, on the other hand, tend to have more balanced malt-to-hop levels). It’s the hops that lend bitterness, and this can become more pronounced with extended cooking and when paired with certain foods.

Although the right beer would likely add an extra dimension of flavor in this St. Patrick’s Day-inspired twist on the traditional corned beef and cabbage meal, I have since stuck with the all-broth option that has long been a hit with my family. In fact, I always marvel at how much my husband and teenage boys rave about this simple, veggie-rich soup. And leftovers improve with age. 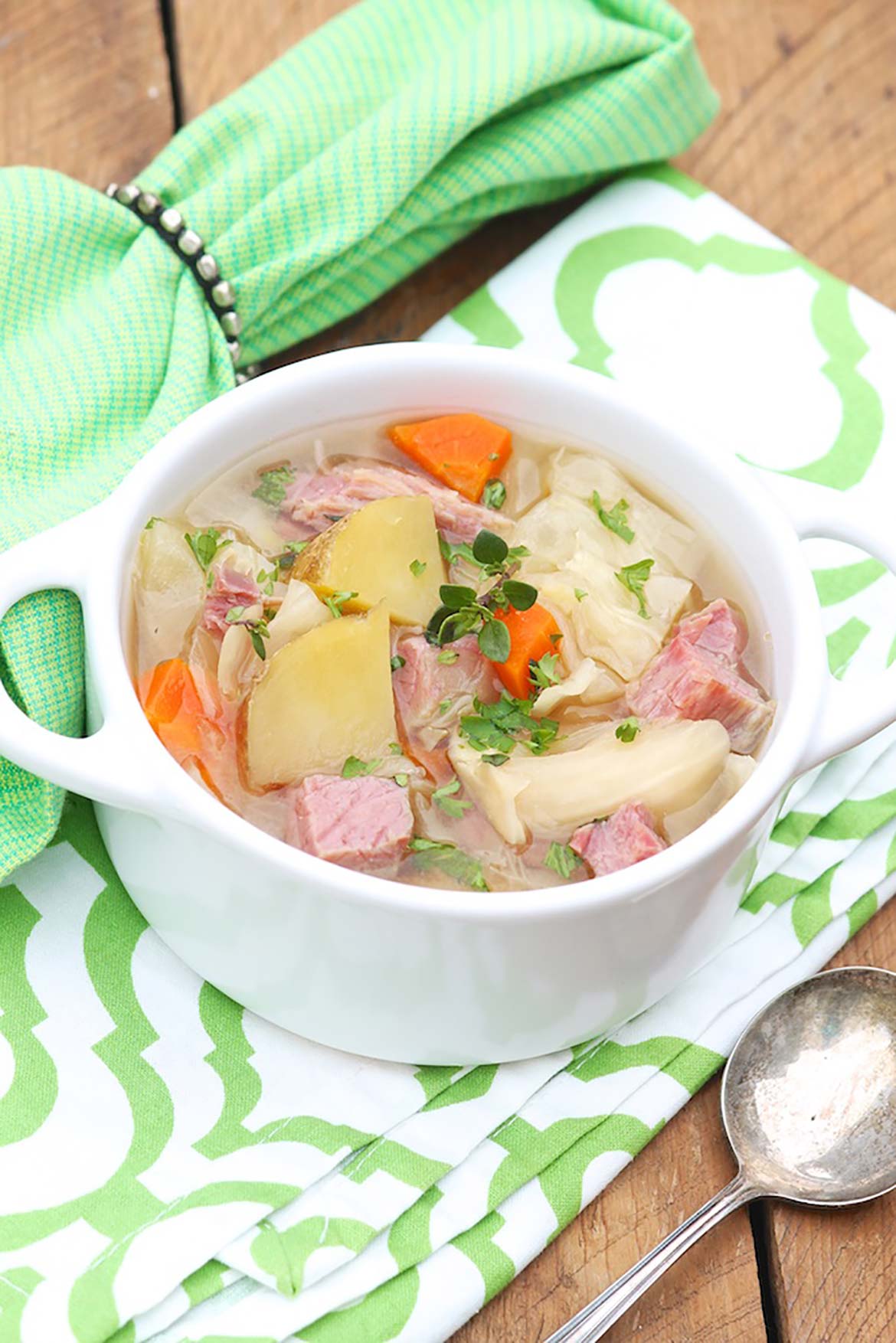 When the ingredients are simmered together in a stew-like soup, this much-loved Irish comfort food reaches a new level….at least my family thinks so!

Slow Cooker Corned Beef & Cabbage Soup
If you go heavy on the quantities listed below and prefer a brothier soup, you may wish to add another cup or two of broth.