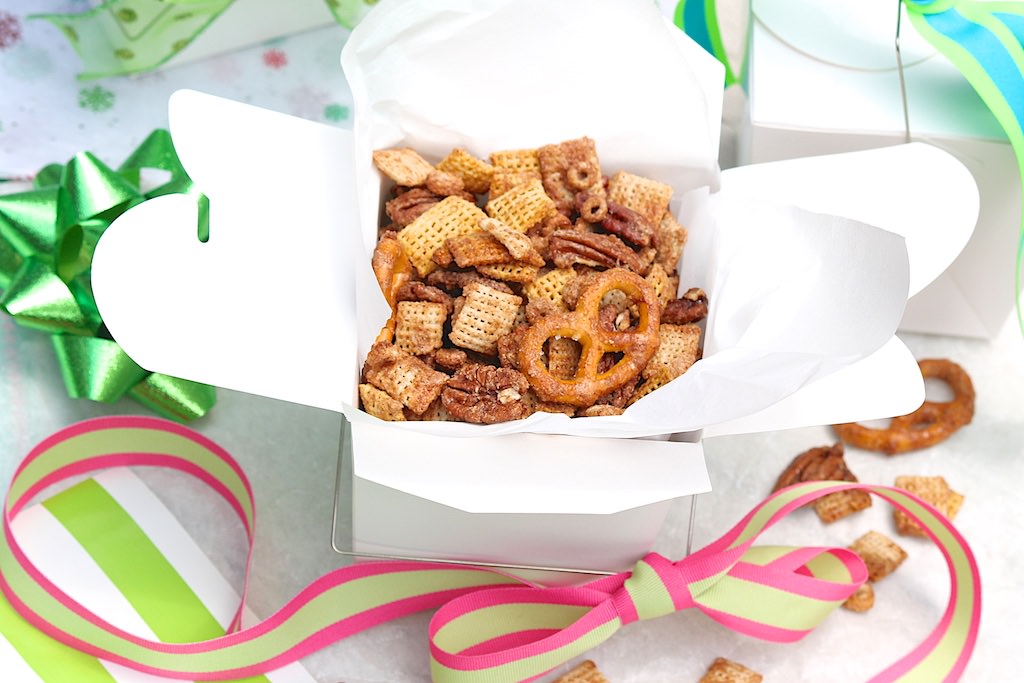 This sweet and savory spin on the classic snack mix is easy to make and hard to resist. Perfect for gift giving, too!

Why is it nearly impossible to replace a favorite pair of shoes? You know, the shoes that are really comfortable and go with everything, but their near perfection wasn’t apparent until they withstood many months of wear. By then, the manufacturer had moved on to newer styles.

To stay relevant, companies of all kinds continually change and innovate. Whether we’re talking fashion, phones, or our favorite restaurant menu, seasonal changes and upgrades are usually a good thing but occasionally leave us pining for older offerings.

In my mind, our rapidly changing world heightens the appeal of a homemade gift. There’s something so comforting about the time and intention that goes into a coworker’s annual loaf of cranberry pumpkin bread or a neighbor’s quart of chicken corn soup. And if we want to enjoy these seasonal offerings throughout the year, chances are good we can get the recipe!

It’s been fifteen-plus years since my Aunt Peggy gifted her first batch of spiced pecans. Crisp and lightly crusted with a cinnamon sugar coating, the colorful tin in which they came was empty within hours. Those nuts, however, scored a permanent spot in my family’s hearts and stomachs. Delicious by the handful, the flavorful nuts also perk up a variety of salads. In subsequent years, I’ve given them as gifts, too, and the five-ingredient recipe was an early addition to my blog where it has become a favorite of many readers.

So when I stumbled upon a Chex mix recipe that included candied pecans, I perked up. My family has long enjoyed the classic Chex mix recipe, with its savory mix of cereal, peanuts, pretzels, and more. The following twist on the generations-old recipe is lightly sweet and studded with lots of crisp pecans that taste much like the ones my Aunt Peggy made famous.

As an added perk, combining the pecans with inexpensive snack mix components is a great way to get more mileage out of the pricier nuts. The end result is a tried-and true crowd-pleaser that goes from lunchbox snack to party nibble and makes a welcome hostess or holiday gift. 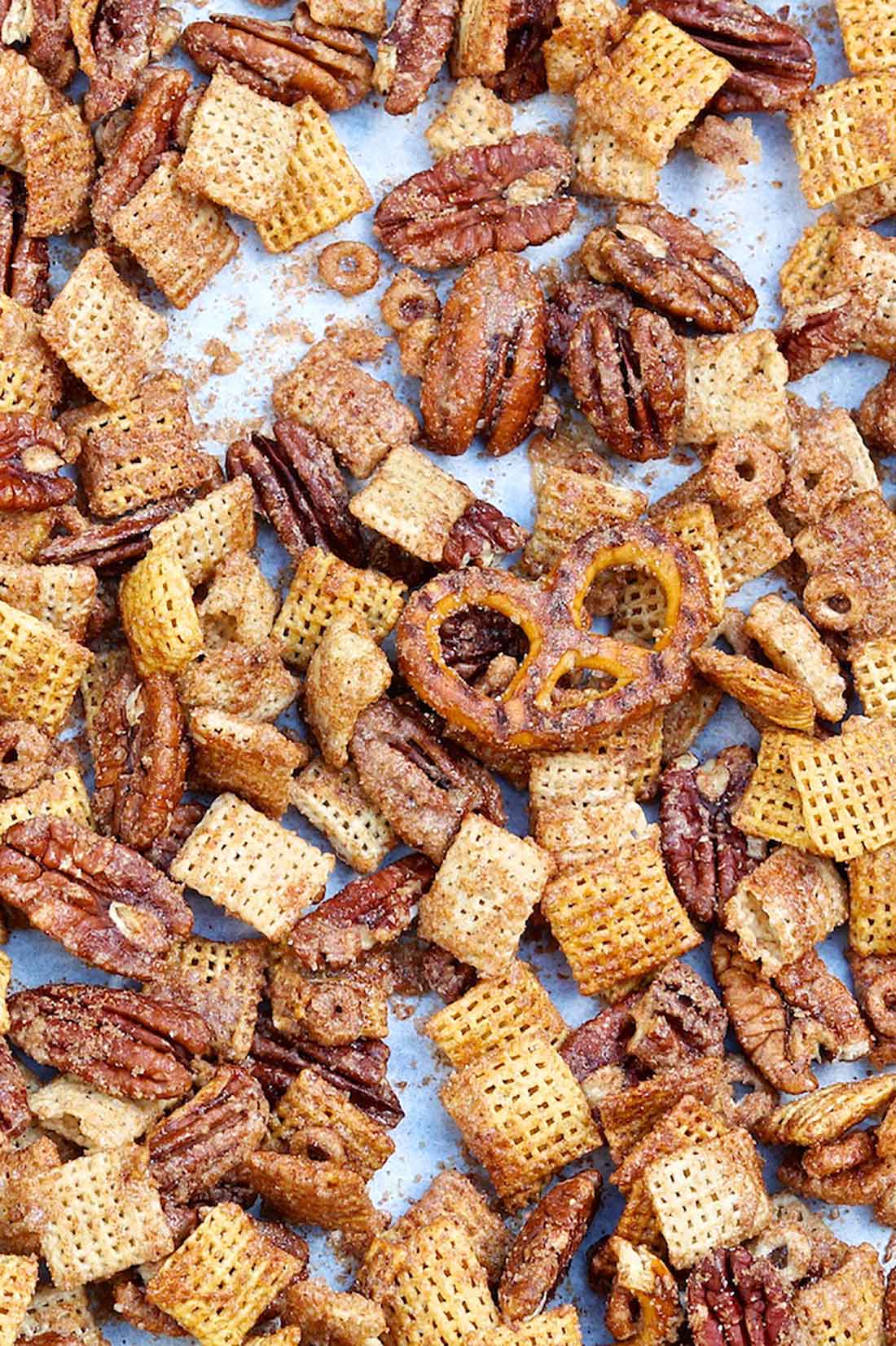 Chex mix meets a family favorite recipe for Spiced Pecans (pictured below) in this easy to make, hard to resist snack. 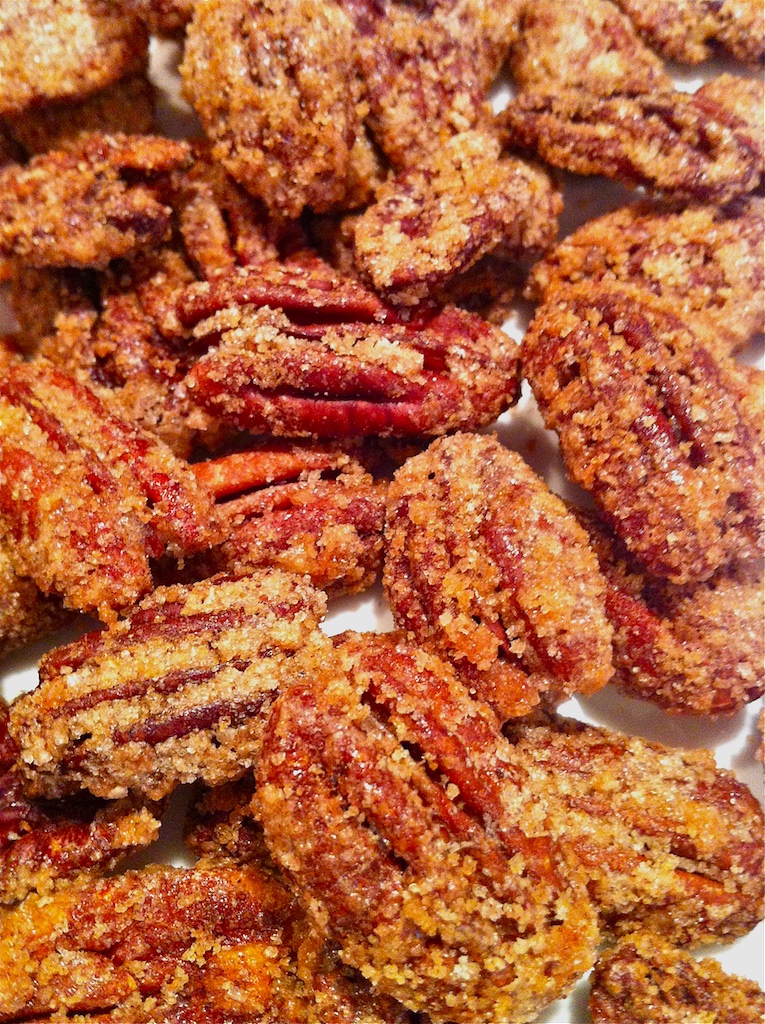