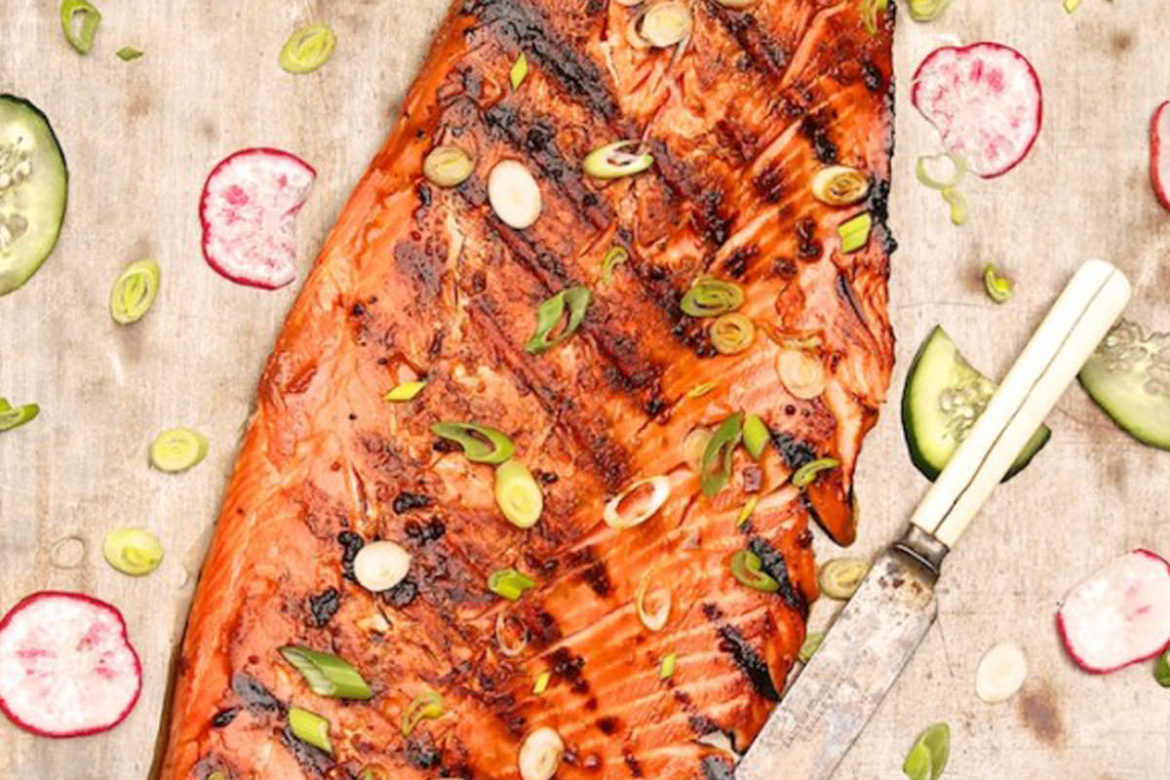 How does an email request for a few new recipes jump to a story about living in a remote shack in Alaska and making trips to the outhouse, shotgun in hand, to fend off bears?

Last month, Anna Echo-Hawk Sauder asked me for some salmon recipes. After a brief email exchange and a phone call, I ended up on the receiving end with two fillets of wild salmon, a fascinating story, and a budding friendship.

Anna and her brother Joe Echo-Hawk were raised in Fairbanks, Alaska and the Pacific Northwest. Anna eventually settled in Lancaster after marrying a man with deep roots here.

A little over a decade ago, Joe began spending his summers on Alaska’s Bristol Bay working as a crew member for a multi-generational family of commercial salmon fishermen. Joe had found his calling and by 2009 had moved to his own fishing site as captain of his own boat and crew of three.

A lifelong picky eater, Anna never cared for seafood. In 2012, however, she and Joe looked into shipping his wild-caught salmon to Lancaster in order to satisfy the requests of friends.  Logistically, transporting a frozen Alaskan product only made sense by the pallet—which meant a whopping 800 pounds of salmon.

Soon Anna found herself as the unlikeliest of fishmongers — a self-described introvert who finds selling anything intrinsically uncomfortable. Plus she was selling, of all things, seafood that she had no desire to eat.  When the first shipment arrived, Anna dutifully set out to eat the salmon for its health benefits, and something completely unexpected happened. She liked it–a lot!

Every ounce of the first shipment of flash-frozen wild Alaska Sockeye was quickly sold. So the next year, she and Joe doubled the amount. The following year, they nearly tripled it.

In the off-season, Joe lives in Montana with his wife and young son. When Joe isn’t fishing, he’s flying.  He’s a licensed commercial pilot, flight instructor and airplane mechanic.  For about six weeks every summer, however, when the Sockeye run back to their spawning grounds and wild salmon season is in full swing, Joe enters a world where the conditions can be harsh and the creature comforts are few.

During that time, Joe and his crew of three live in a remote shack near the Kvichak River on the northern edge of Alaska’s Bristol Bay. There’s no electricity or plumbing and the bear population exceeds the human one. The men take some comfort in knowing that the bears are well fed during salmon season. But just to be sure, trips to the outhouse are typically made with shotgun in hand.

The weather is often cold and wet. Mosquitoes are large in number and size. The hours are long and the fishing itself is backbreaking. Even with the help of a hydraulic roller, it takes the enormous strength of two men to haul the salmon-filled nets from the river and into the 24-foot boat.

On the day I met Anna and she shared two of her remaining fillets from last summer’s bounty, I happened to have a batch of homemade teriyaki sauce in my fridge. The sauce is a family favorite on chicken, pork, and fish of all kinds. Seafood needs just a brief soak in the Asian ingredients to enhance the fish’s natural flavor.

I have always considered wild salmon to be a seasonal treat, but the flash freezing process completely preserves the fish’s fresh flavor and texture. The fillets are vacuumed-packed in thin, long freezer bags making them easy to store and quick to thaw for a convenient meal any time of year.

Wild salmon can be baked, broiled, grilled and pan-seared with excellent results, and one simple tip will ensure success no matter how it is prepared: don’t overcook it. Because wild salmon is leaner than farmed salmon (although richer in beneficial omega-3 oils) it requires comparatively less cooking time.

For an easy round-two dinner, cook more salmon than you need the first night and make these easy, all-in-one Teriyaki Salmon Bowls another night.

If you’d like to reserve a share of wild salmon or simply learn a little more about Kwee-Jack Fish Co., (Kwee-Jack is the phonetic spelling of the river they fish) you can visit them at www.eatwildsalmon.com/lancaster. But here are a few specifics: the wild Sockeye salmon is offered in 20-pound shares that are individually vacuum-packaged as deboned, skin-on-one-side, whole fillets. Fillets weigh between 1 and 2 pounds on average. The fillets are flat so they can be efficiently stacked and stored in the freezer until ready to use. Pricing for 2015 is $275 per share, which amounts to $13.75 per pound.

The Sockeye are net-caught from the Kvichak River region of Bristol Bay and are rapidly chilled down and delivered for professional processing on the fishing grounds. The sushi-grade quality fish are flash-frozen to maintain flavor and texture. Their vivid red-orange coloring is derived from carotenoids absorbed from a diet of pink krill. 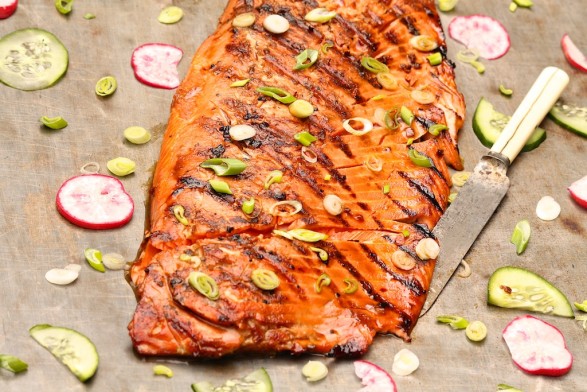 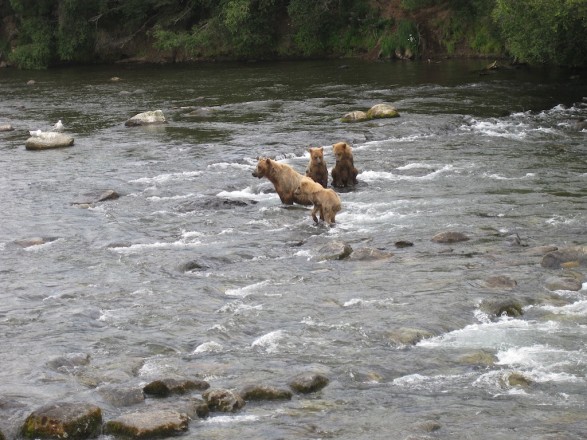 A family of grizzly bears…and their impressive paw prints 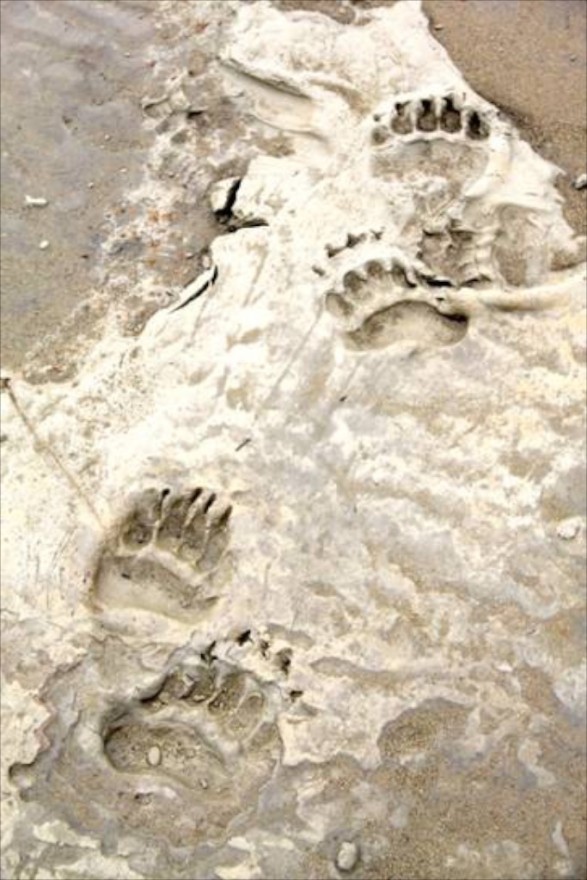 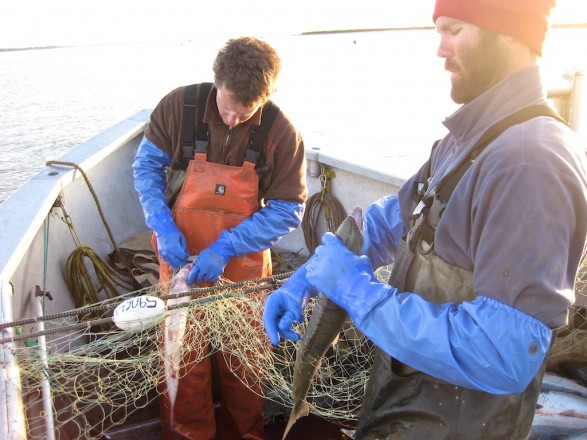 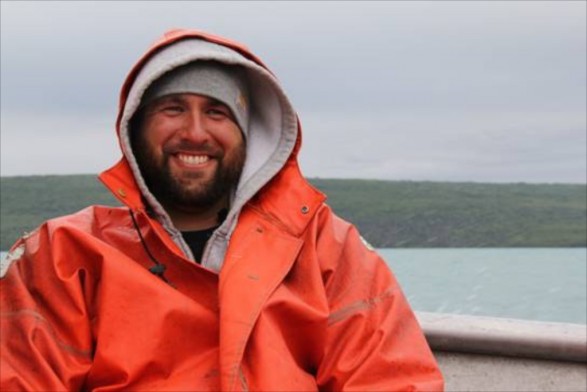 The photo below shows how a share of Joe’s wild Sockeye is packaged.  The flat fillets stack efficiently in the freezer and thaw quickly.  Although leftover portions of cooked salmon can be safely stored in the fridge for 3 to 4 days, Anna mentioned that some customers slice the frozen fillet into portions using a sharp serrated knife and then seal and return the unused portions to freezer for later use. 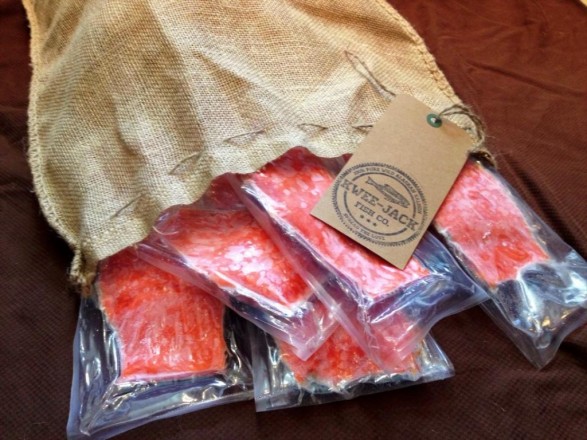 Homemade Teriyaki Sauce enhances the fish while letting its incredible flavor shine through.  Prepare in advance for a super easy meal. 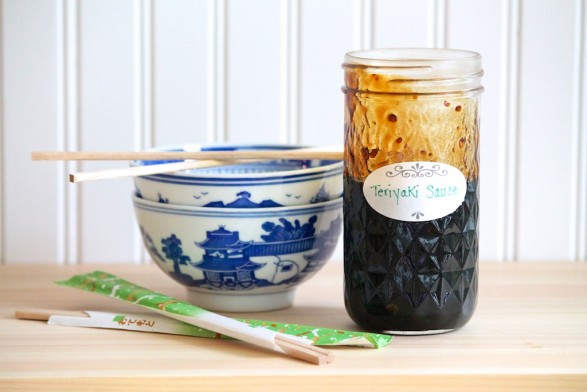 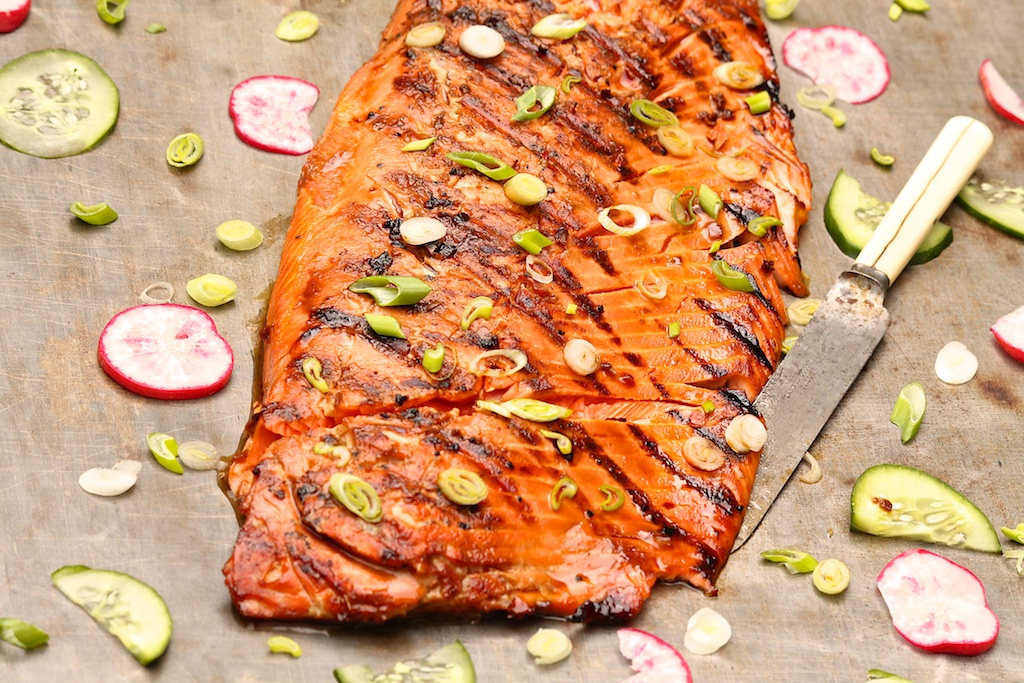 Teriyaki Sockeye Salmon
Joe points out that, unlike farmed or wild-caught salmon from outside Alaska where skin removal is recommended to avoid exposure to pollutants, these fillets should be prepared with the skin on to maximize health benefits.