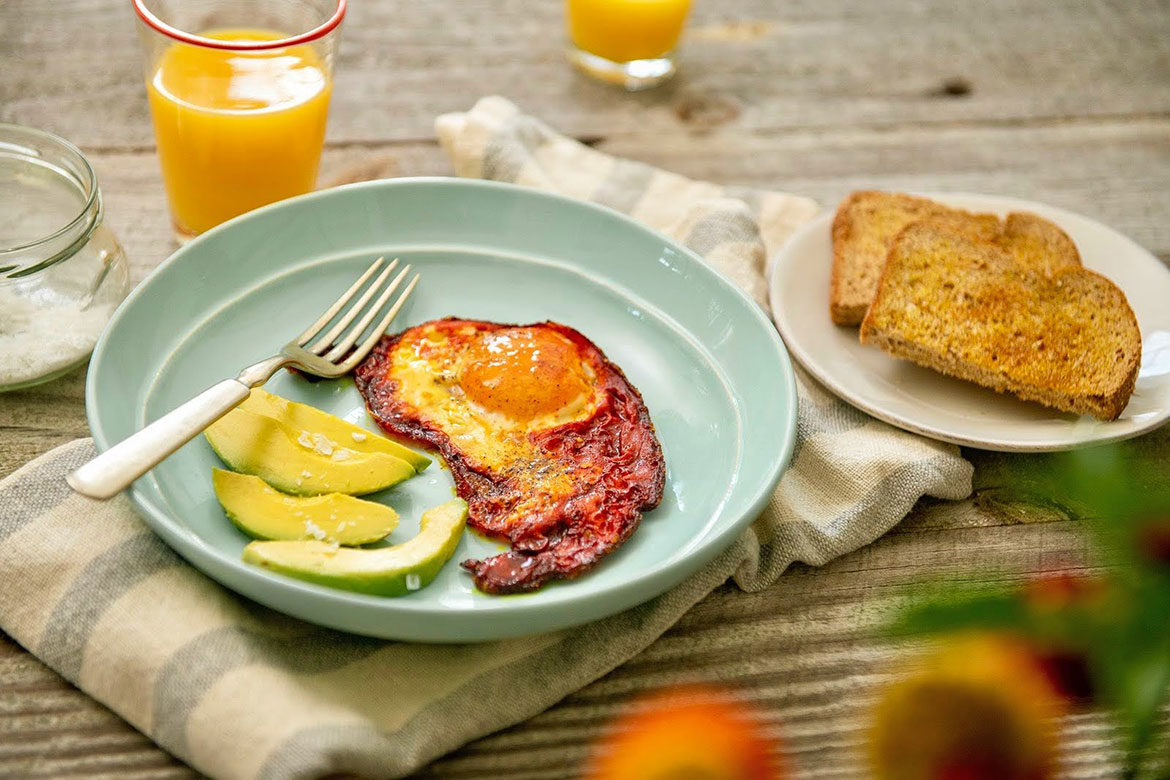 A superfood spice meets the trusty egg for a delicious source of protein that can be enjoyed in so many ways.🍳

Turmeric is that bright yellow spice that we often see in South Asian foods like curries – and it’s considered a superfood because its most active compound, curcumin, has been shown to have anti-inflammatory properties and play a role in fighting diseases like cancer, heart disease, and Alzheimer’s.

But unless you eat lots of yellow curries or drink golden milk, making turmeric a regular part of your diet may seem challenging.

Which is one of the reasons I love this egg recipe!

As a bonus, the stovetop preparation is quick and easy. Even without turmeric, I’ve become a fan of the following cooking method because it creates the crispiest edges and the yolk can be kept runny or cooked firm according to preference.

The flavor addition provided by the turmeric, however, is something special.

Swirling the golden-hued spice into warm olive oil before cracking in the egg allows the spice to “bloom.” In other words, heating the spice in the oil releases and amplifies the flavor of the spice. The flavored oil then envelopes and enhances the egg.

Then, rather than flipping the egg, you put a lid on the pan. Not moving the egg allows the edges to sizzle, undisturbed in the flavored olive oil－just a teaspoon and a half does the trick－while the lid allows the top of the egg to cook.

Not to worry if the skillet you use to cook an egg doesn’t have a lid. Mine doesn’t, so I use one from another pan. A tight seal isn’t critical. You may even peek occasionally to determine when the yolk has cooked to your liking.

The technique is truly so simple, yet it provides a welcome flavor and texture upgrade. 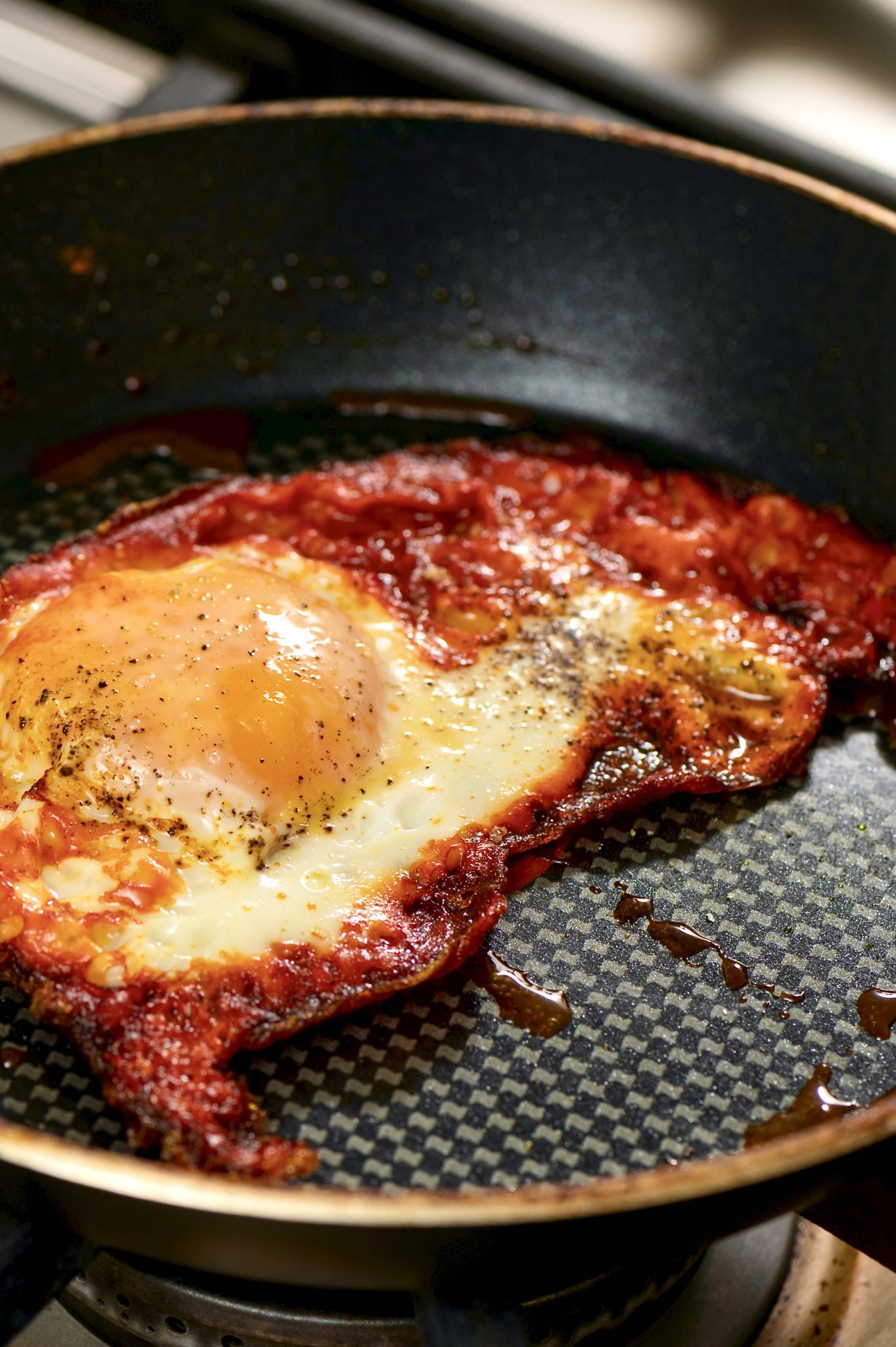 So why all the buzz about turmeric?

The health benefits of mustard-colored spice have long been a newsworthy topic. According to this article from the Mayo Clinic, “turmeric has natural anti-inflammatory compounds called curcuminoids, and these curcuminoids have been associated with a positive effect on various diseases.” These “diseases include Type 2 diabetes, obesity, inflammatory bowel disease and cancer.”

Importantly, the article notes that anyone who is diagnosed with a condition such as cancer or diabetes should speak to their health care provider before supplementing with turmeric.

All that said, it can be difficult to regularly incorporate turmeric into the traditional American diet. Interestingly, India produces nearly all of the world’s turmeric crop and consumes 80% of it. (source: ncbi/nih.gov)

Like ginger, turmeric is a root, which can also be used in that form, in both raw and cooked applications. 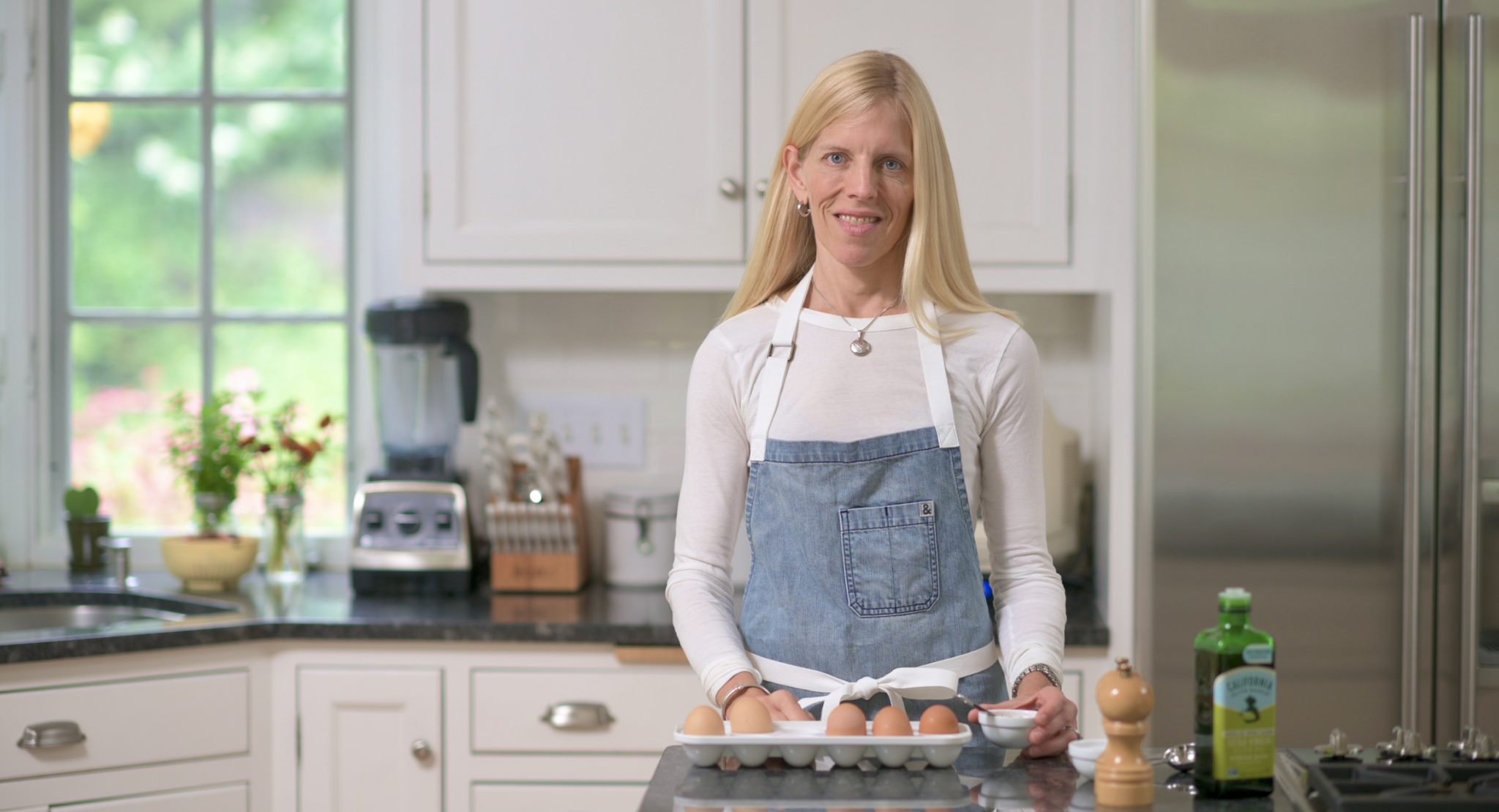 As excited as I am about sharing such an easy way to upgrade the typical fried egg, I am equally excited about what you will see next: the first professional cooking video to appear on this blog. Though I’ve done this type of work before, it’s never been housed here. And it’s about time!

All the credit and a very big thank you go to Donovan Witmer for his video artistry. Donovan also took the beautiful photographs. Time is precious, so we kept the video short. If you can spare two minutes, I hope you will take a peek! (Simply click on the arrow on the image below, and endure the 15 second ad that appears first and I could not remove!)

A few more photos from our shoot that day follow. To see more of Donovan’s work, you may visit his website or scroll through his Instagram feed, which is sure to make you hungry! 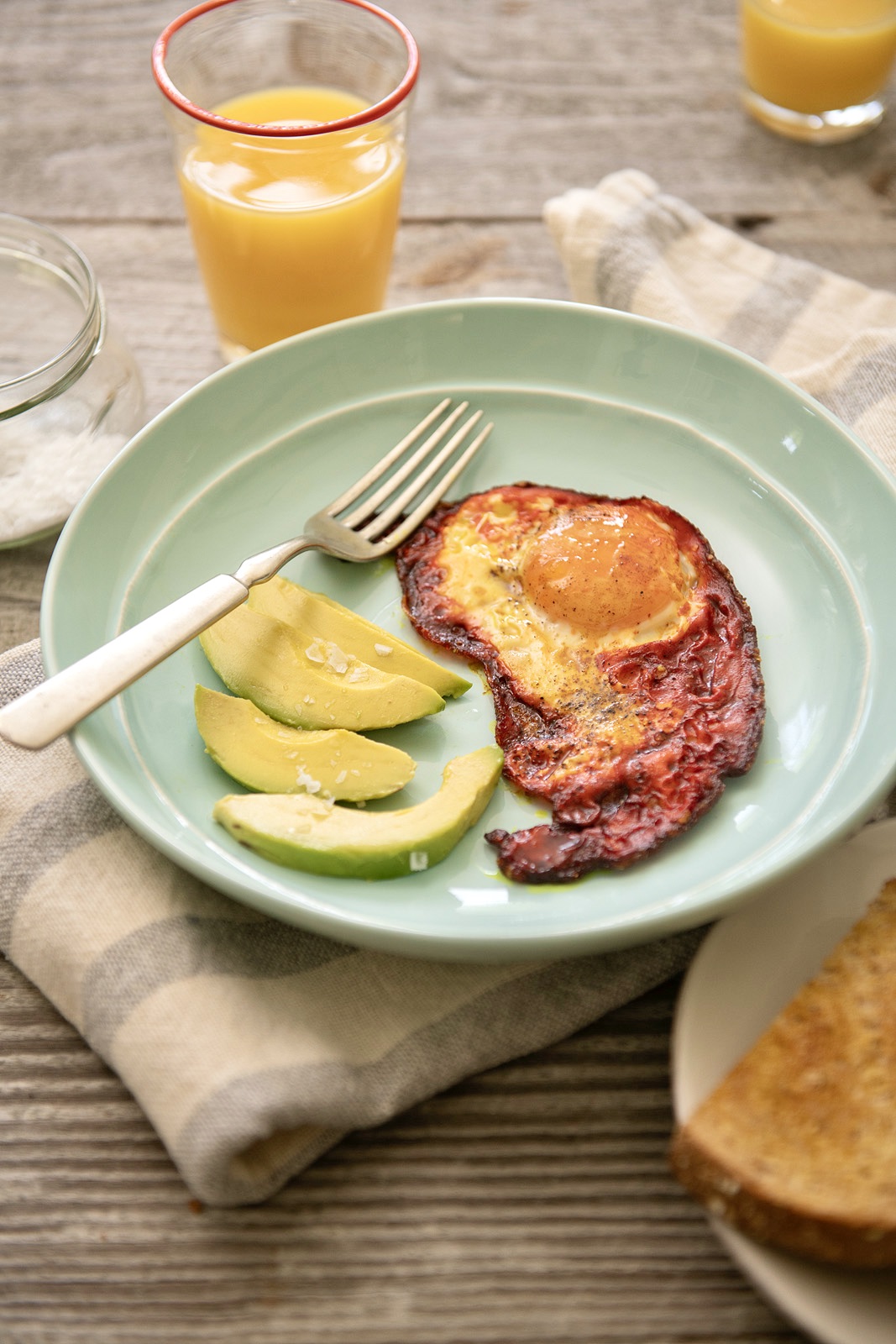 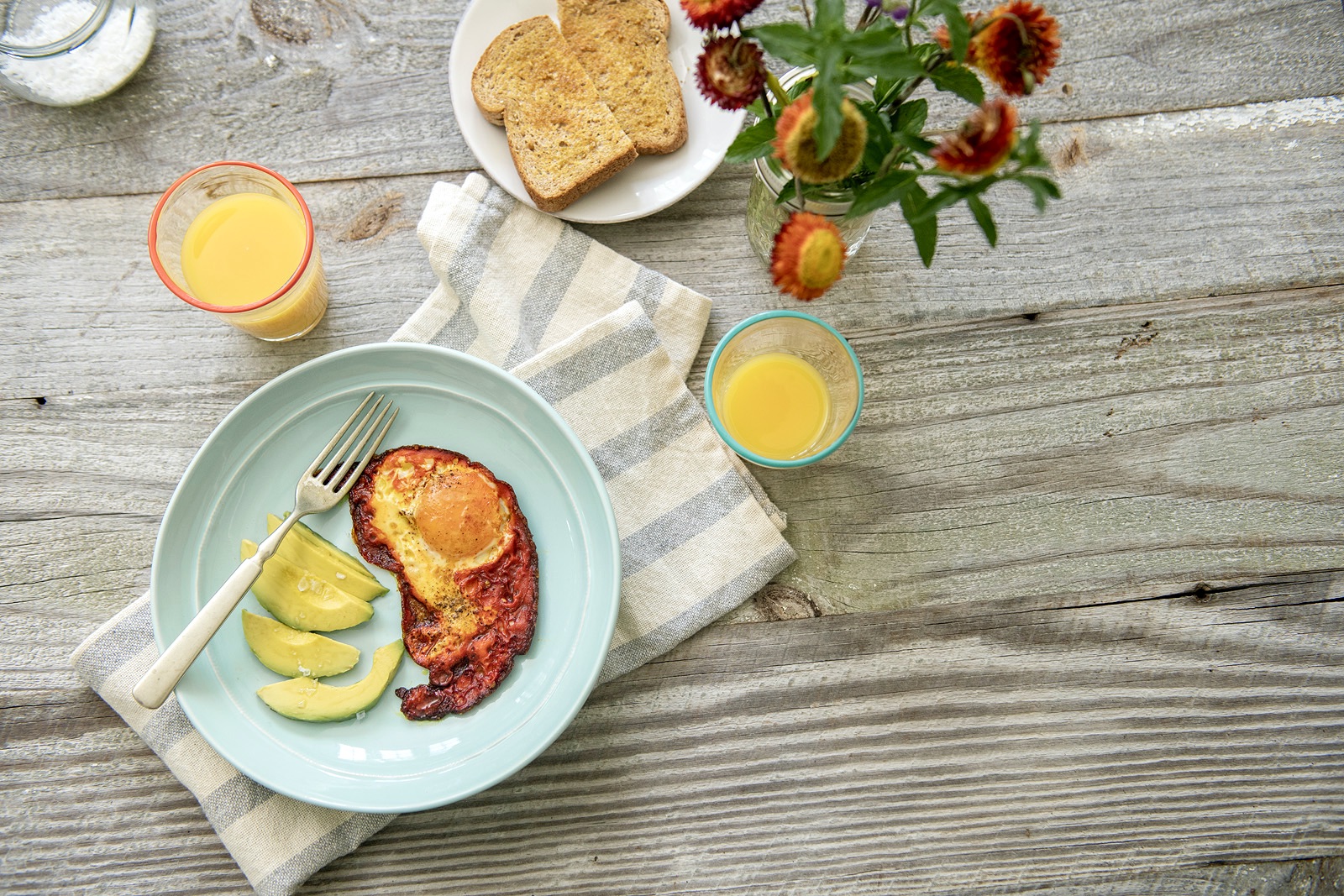 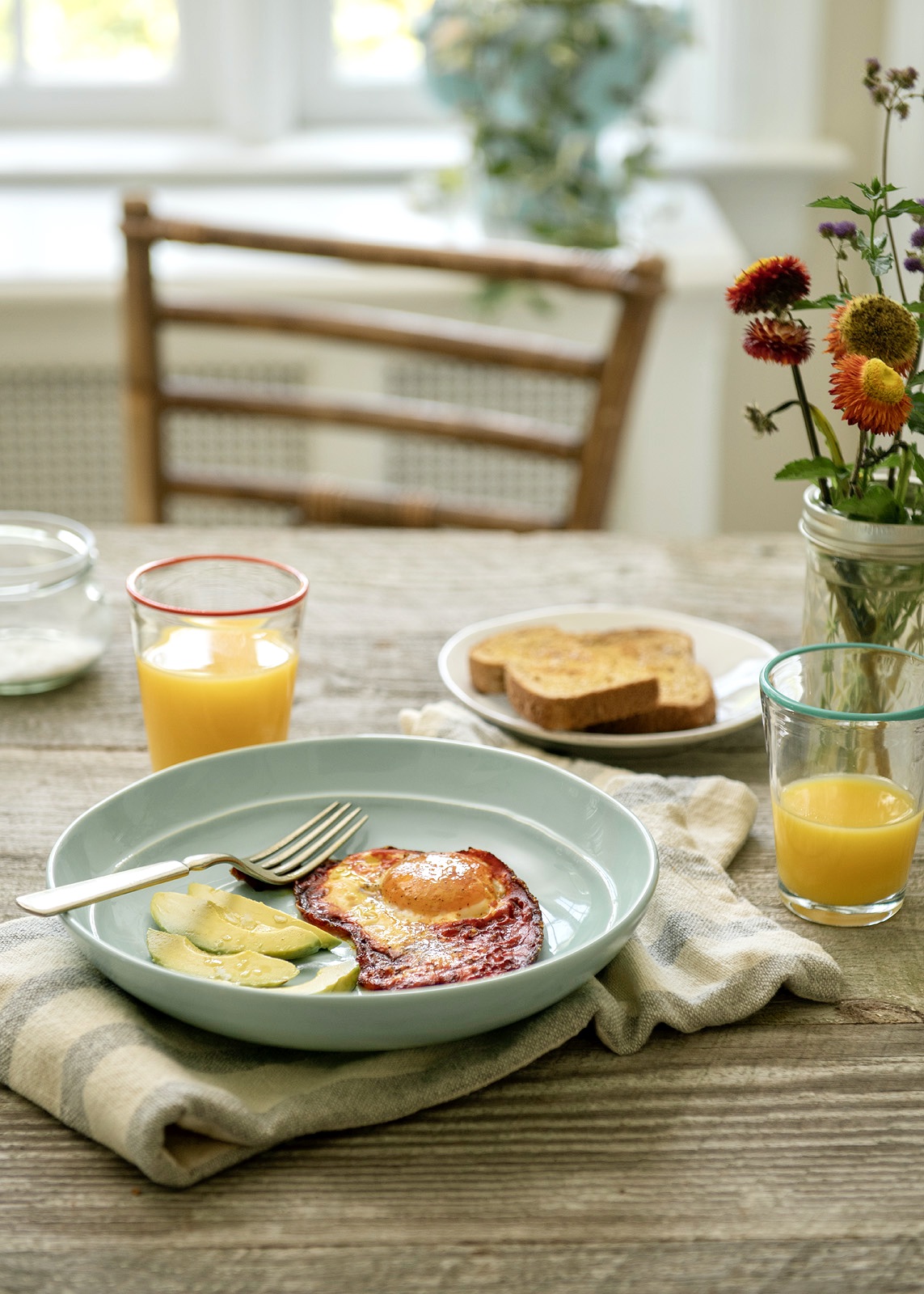 Helpful hint: Turmeric stains, so take care not to put the spoon you used to stir the spice into the oil on a light-colored countertop, for example. It could also discolor the sponge or washcloth you use to wash your pan.

Lastly, I occasionally enjoy an egg white omelet, and I recently made this recipe with two large egg whites instead of one egg. It added great flavor to what is an inherently milder flavored option－a wonderful upgrade. 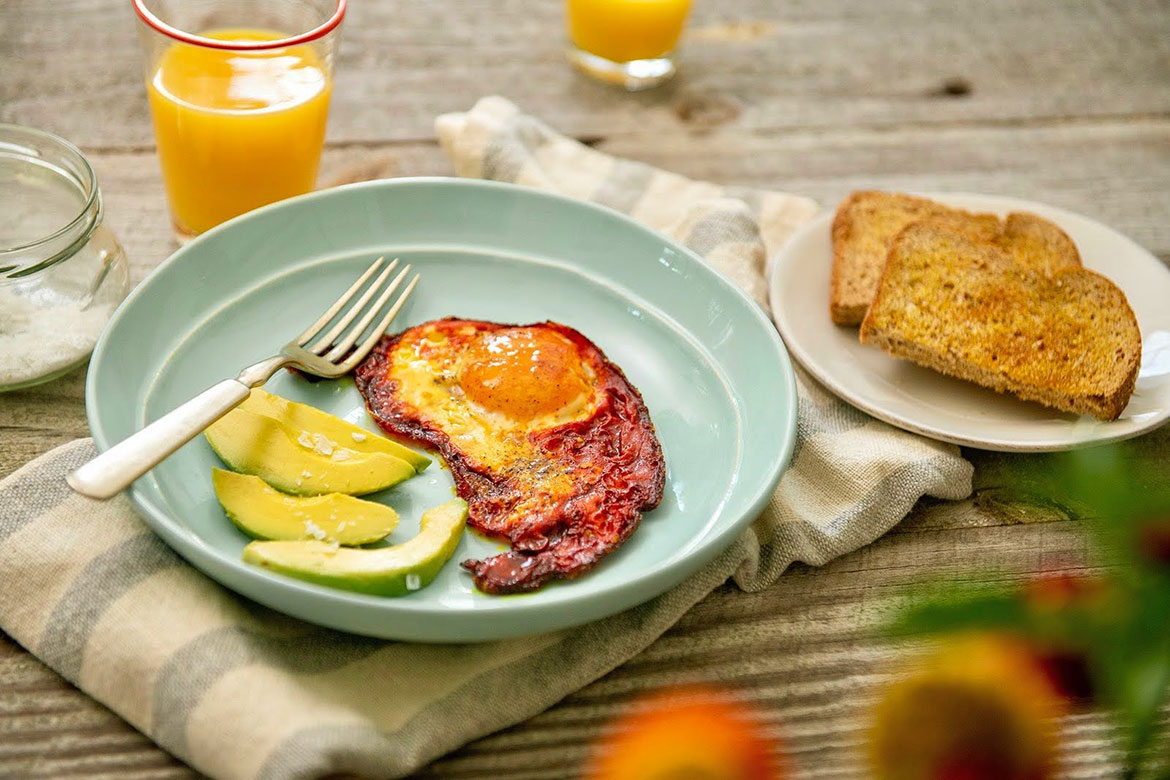 Crispy Turmeric Egg
Yield: 1 serving
A superfood spice meets the trusty egg for a delicious source of protein that can be enjoyed in so many ways.
Print
Ingredients
Instructions
More On YouTube More on Instagram
Tried this recipe?Post a picture on instagram and we will repost it! Mention @fountainavenuekitchen or tag #fountainavenuekitchen!
The Fountain Avenue Kitchen https://fountainavenuekitchen.com/