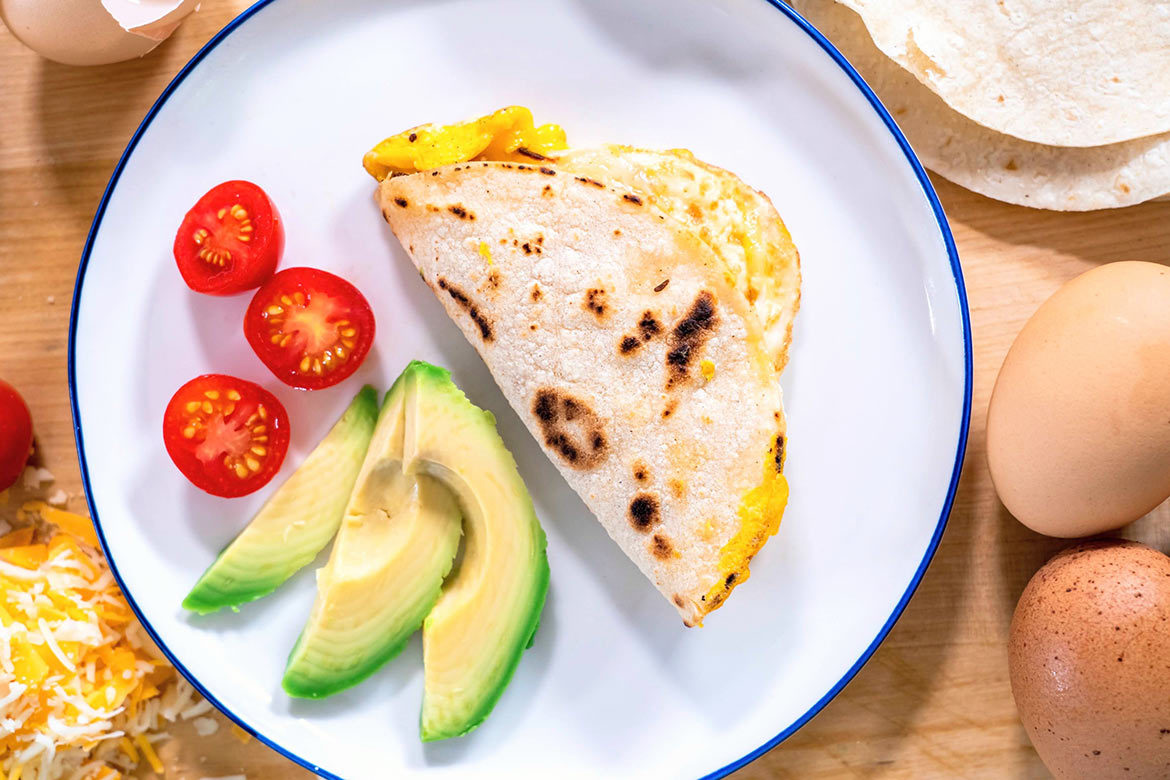 Fast food can be a time-saving treat, but what if I said you could make something just as satisfying in less time than it takes to go through the drive-thru?

An egg taco is one such meal. Sure, it’s not a burger and fries and it doesn’t come with a Frosty (which happens to be my personal favorite!). That said, the crispy edges and gooey cheese really hit the spot.

This speedy, handheld meal should absolutely be filed under the “it’s about time” category. I’ve been making these tacos for years and have explained the simple recipe to a long list of friends－even prepared them for cooking demos－only to later hear that the tacos became a fast favorite with kids and adults alike.

Step-by-step photos and a video demonstrate how truly easy this satisfying, protein-rich meal solution really is. After you make them once or twice, you’ll never need the recipe again.

Early on, I relied on the convenience of egg tacos when my boys had sports and needed a light meal or filling snack outside of the usual mealtimes. The protein-rich egg delivers staying power and everyone always perceived the short-order meal as a treat.

They are satisfyingly delicious as is, although you could add some bacon or ham or tuck several slices of avocado in at the end. Hot sauce and salsa are fair game as well.

My family quickly discovered that egg tacos taste great any time of day. As such, they made appearances as a “special” breakfast, usually paired with a side of fruit.

I often enjoy an egg taco for lunch. Paired with some seasonal tomatoes or an apple, it’s quick and the combination of protein, carbs, and fat delivers staying power. Similarly, they make a welcome, low-effort dinner, which can be bolstered with a veggie of choice or favorite salad.

Nick Gould, a photographer and longtime friend, graciously shot this video (you can see more of Nick’s work at Nick Gould Photography), which we shared with The Lancaster Food Hub for their use in a recent fundraising campaign. The Hub is a local food bank that provides food, clothing, and shelter to members of our community. 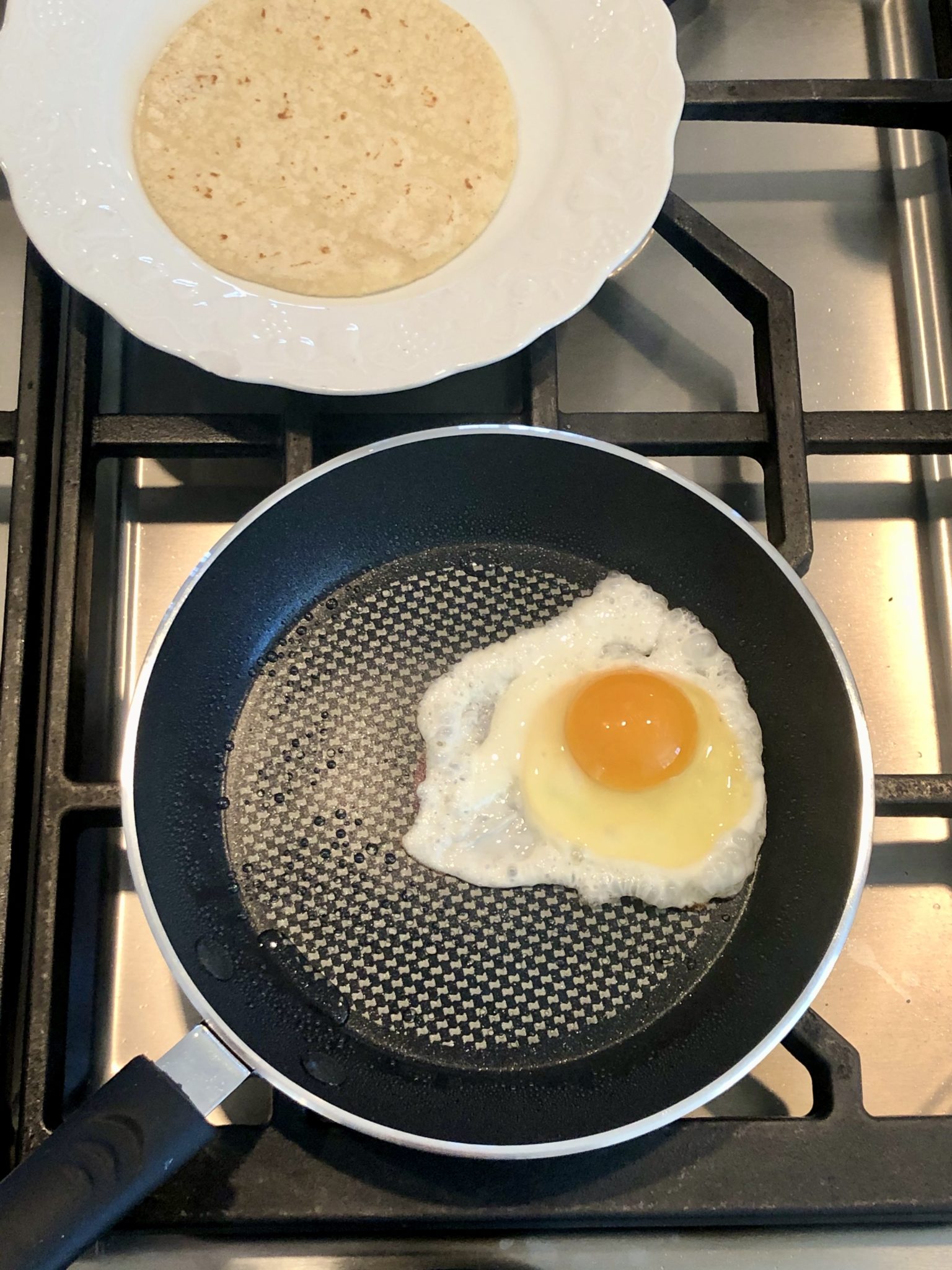 Start by cracking an egg in a small sprayed or oiled skillet set over medium heat. Sprinkle with a bit of salt and pepper if you’d like. You may prepare your egg any way you like. My favorite way is to fry the egg so the yolk is cooked rather well but still has a little bit of goopiness. That way, I can spread it around as a tasty sauce, but it won’t drip when eating. If you prefer a very runny yolk, go for it. (In that case, you might want to use a fork and knife!) Alternatively, you may break the yolk or even scramble the egg. 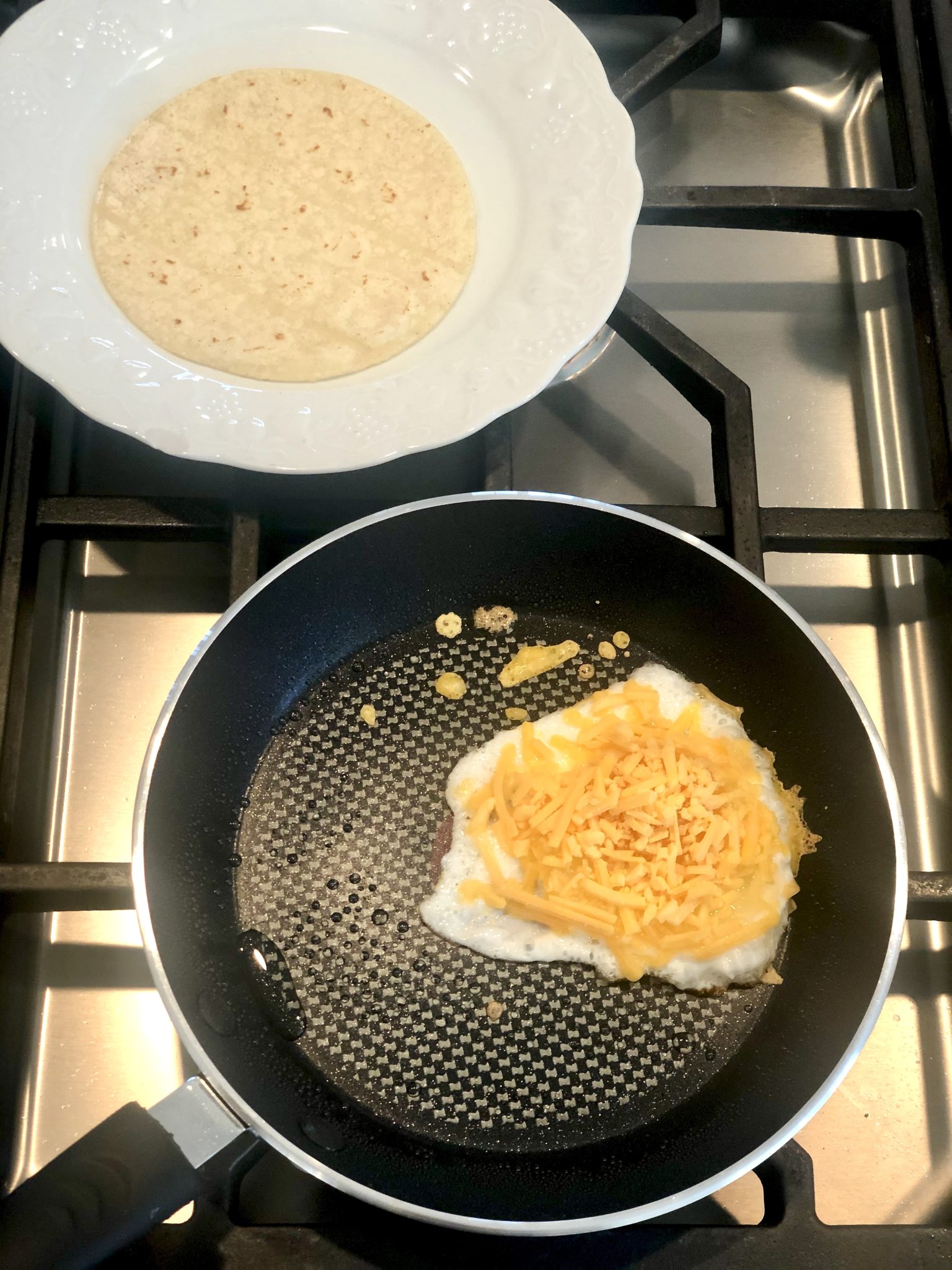 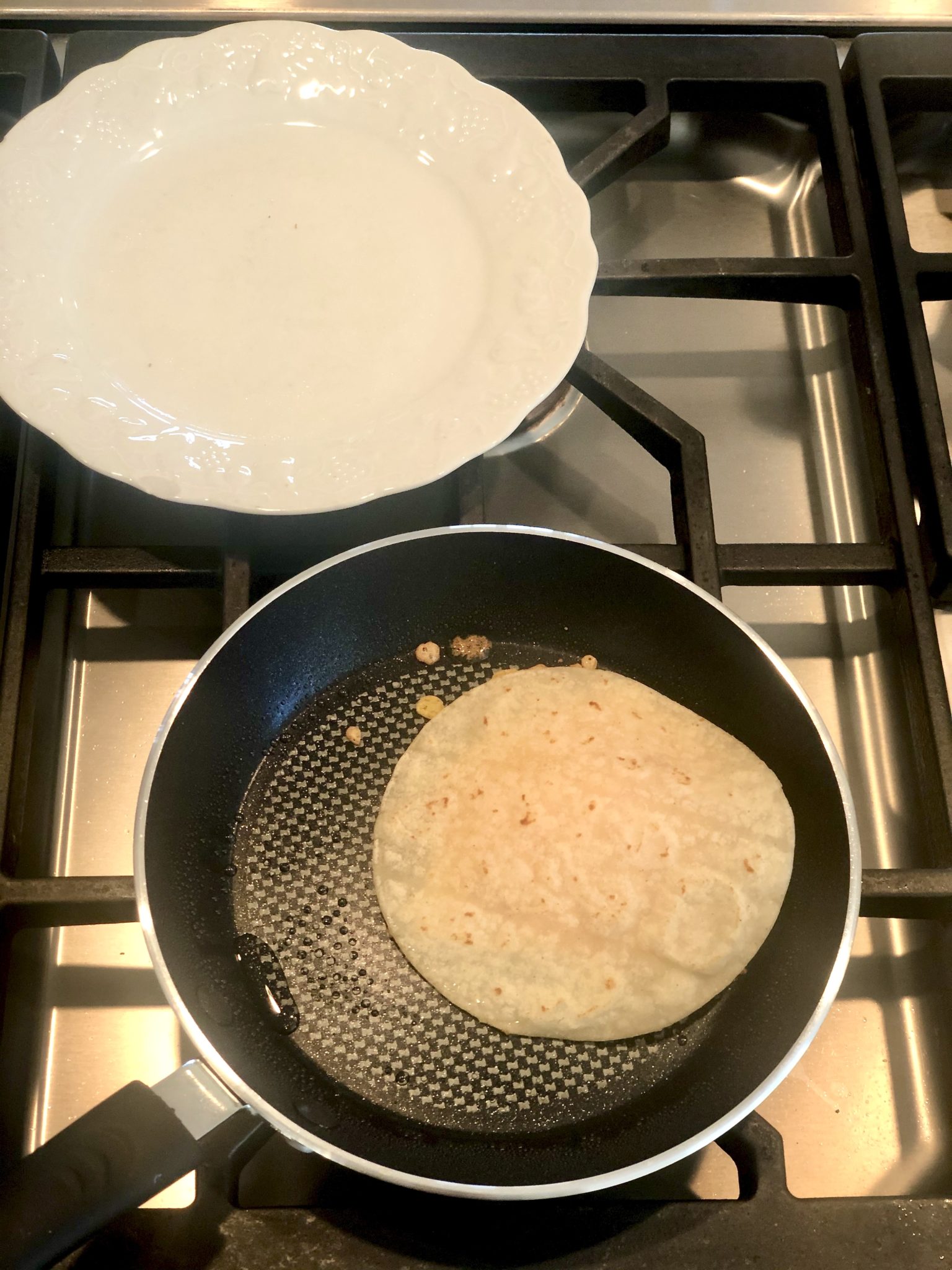 Place the tortilla on top of the cheese. (See recipe notes for optional toasting tip.) 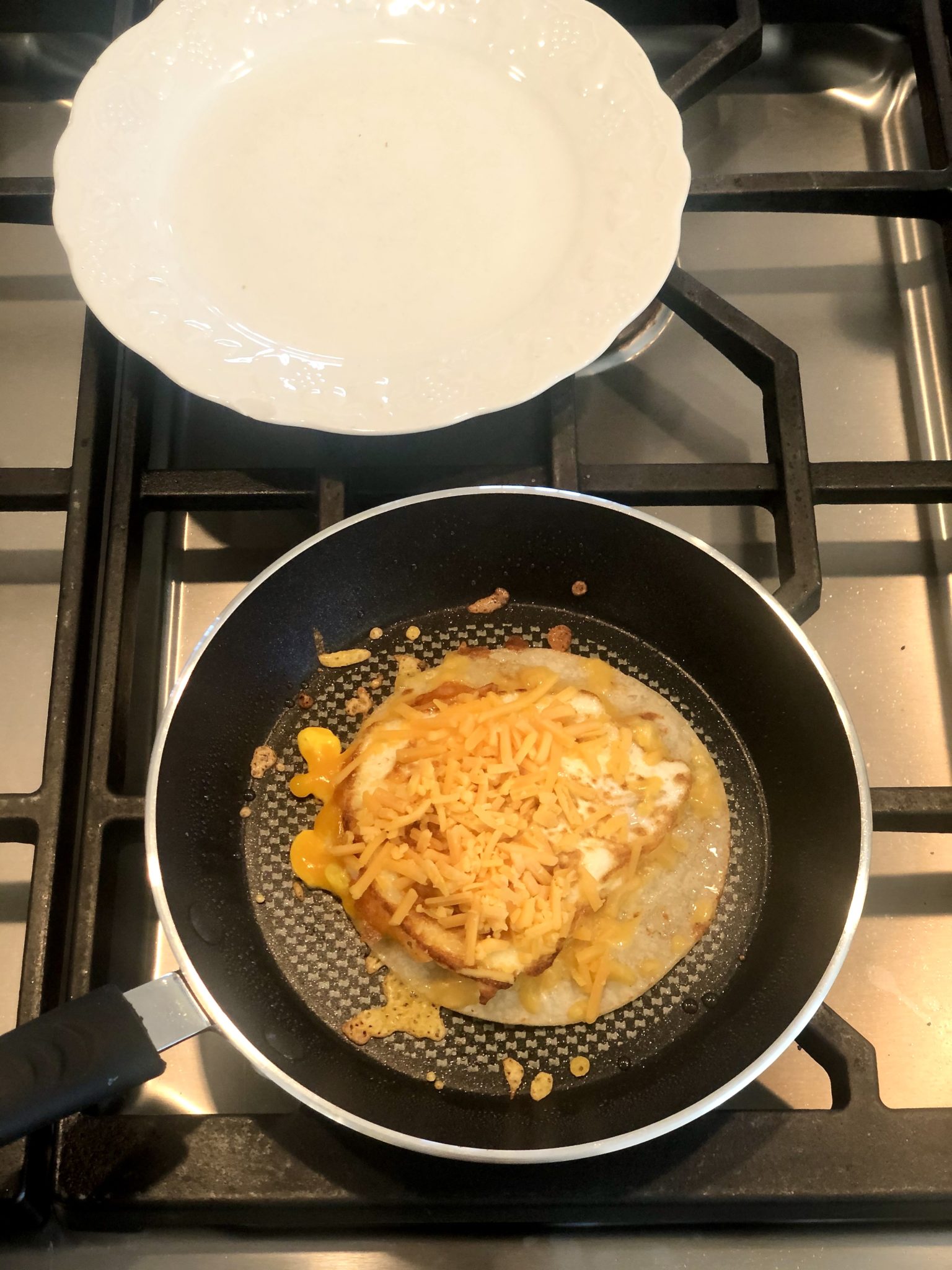 When the egg is set enough to flip, flip the whole shebang over so that the tortilla is now on the bottom. At this point, you can sprinkle with a bit more cheese to taste. 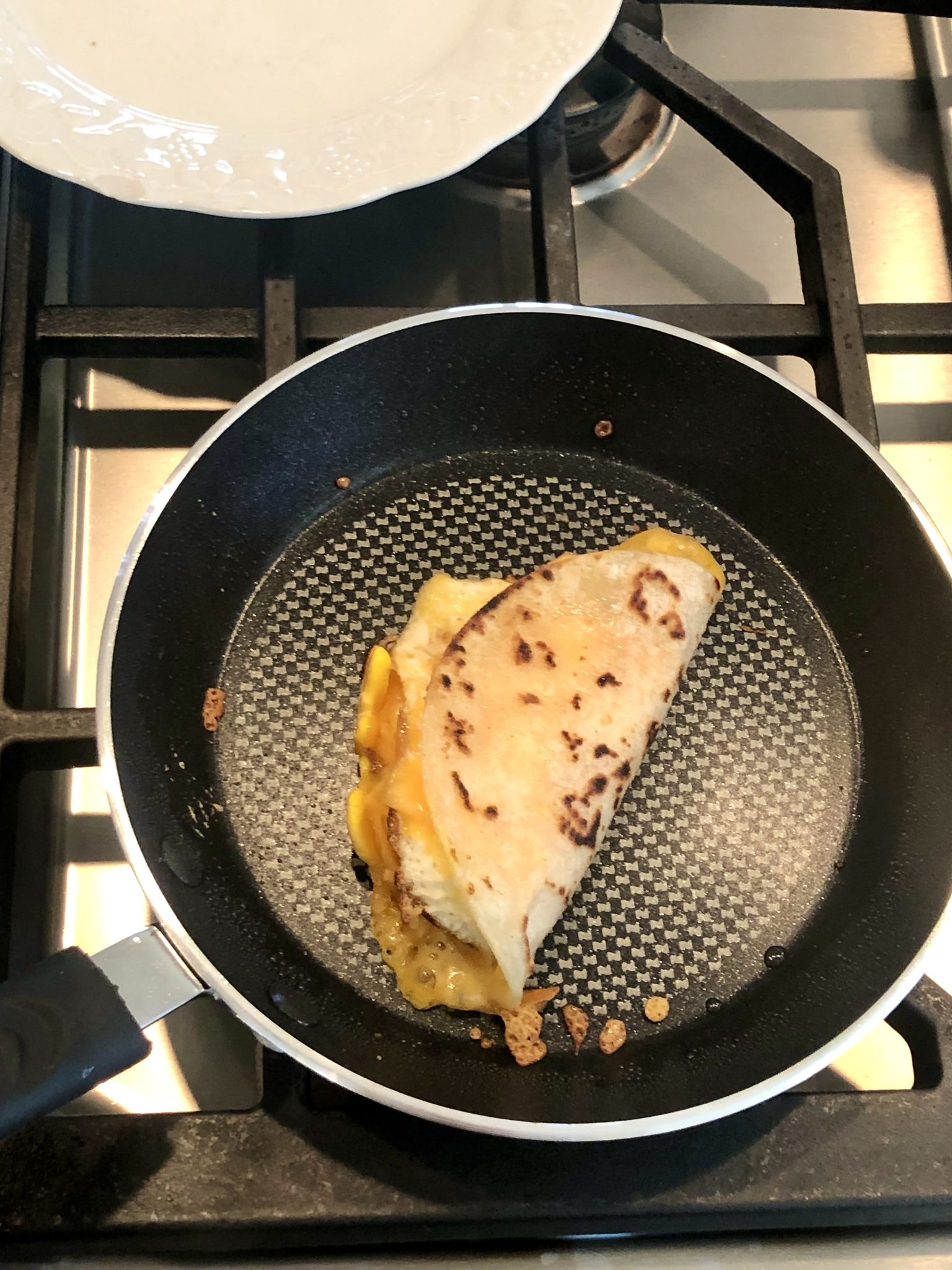 Fold the tortilla in half as you would a taco. The yolk usually breaks at this point, which makes for less messier eating later. (I typically break it if it doesn’t break on its own.) You can nudge any seeping yolk back into the tortilla with the spatula. At this point, flip the taco back and forth to lightly toast on each side. 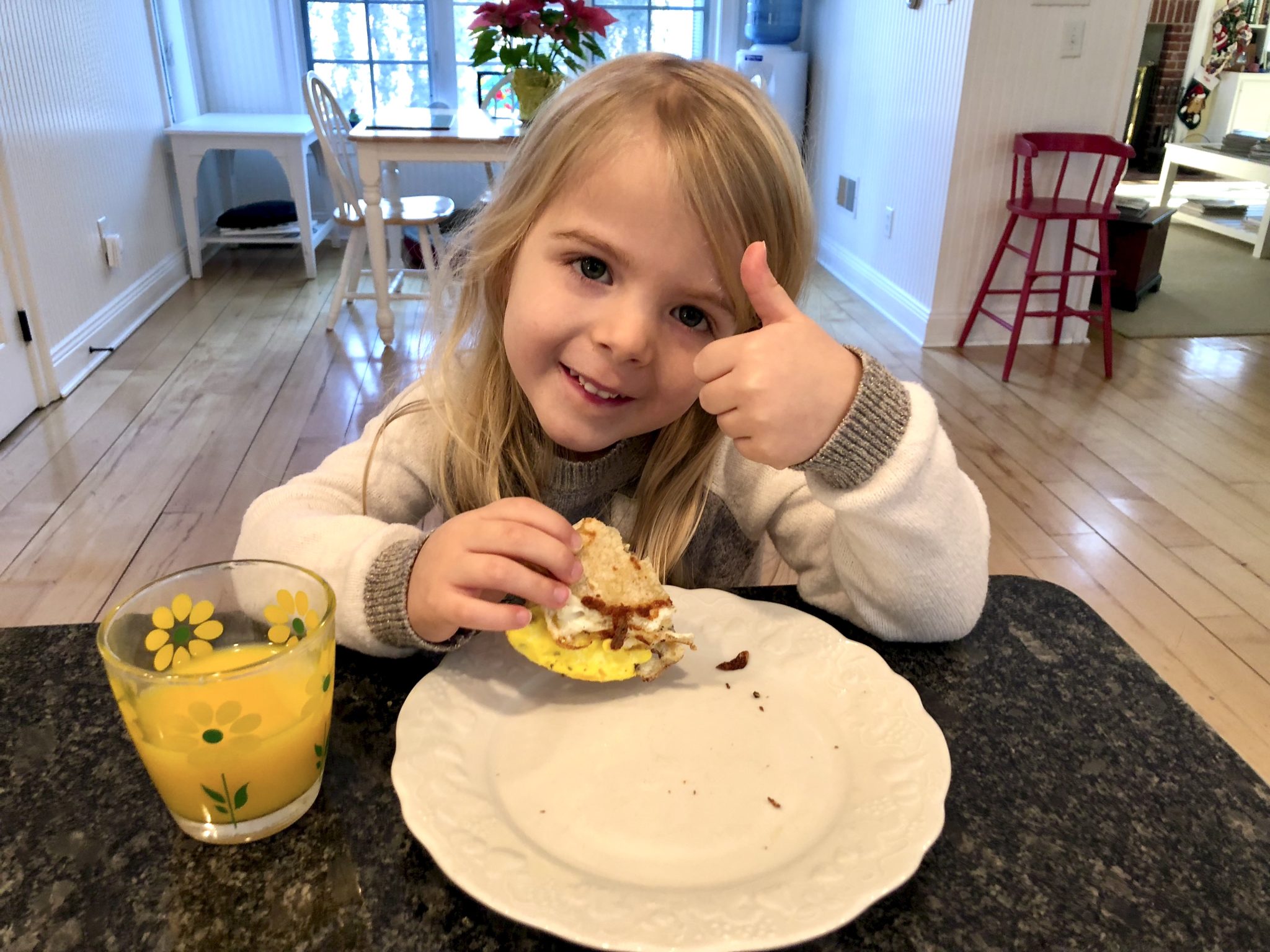 My niece, Evie, will tell you she’s a little picky. When I offered to make one for her when she was at my house recently, she said she was pretty sure she wouldn’t like it but said she’d try. As you can tell by the thumbs up… 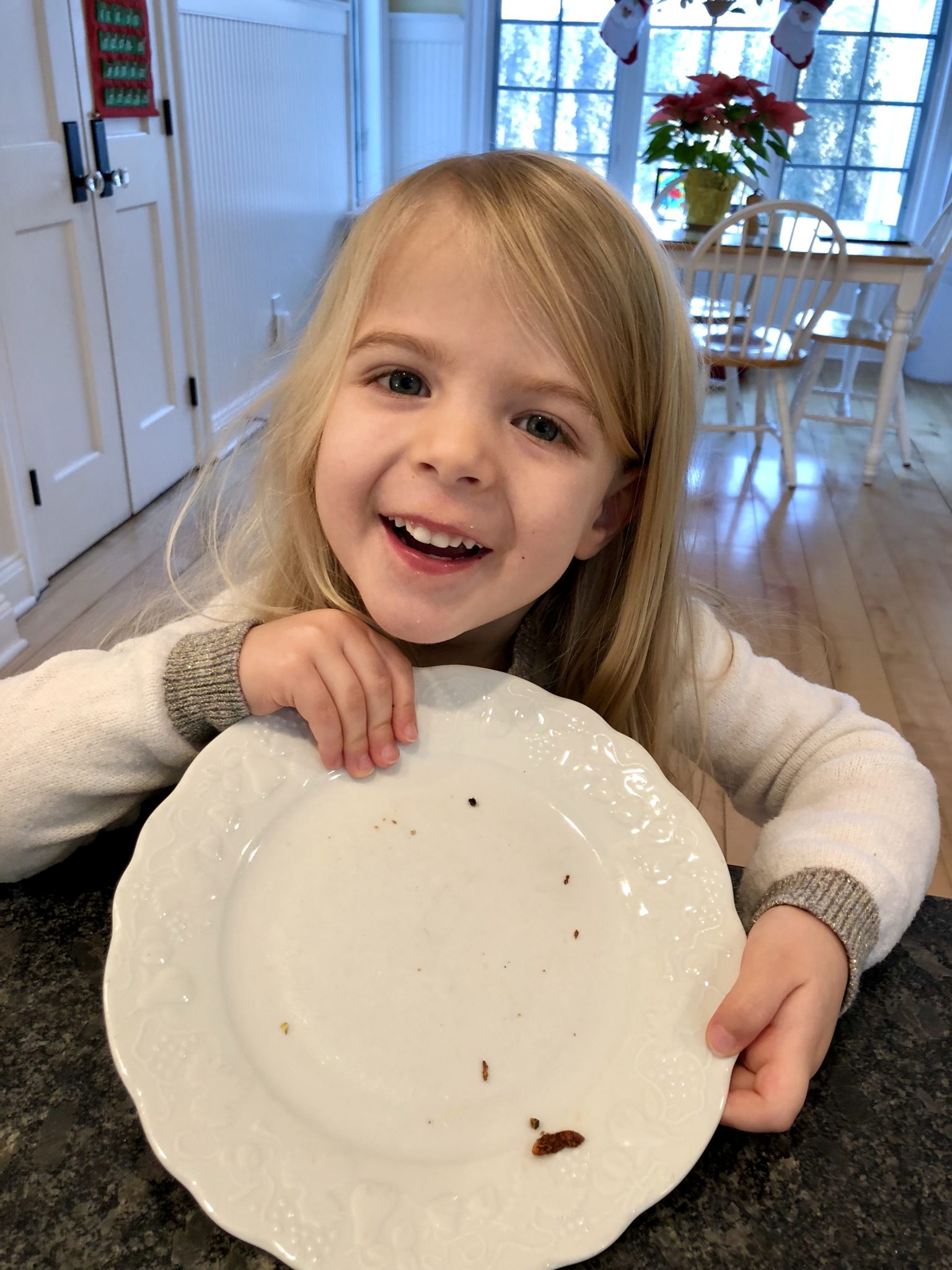 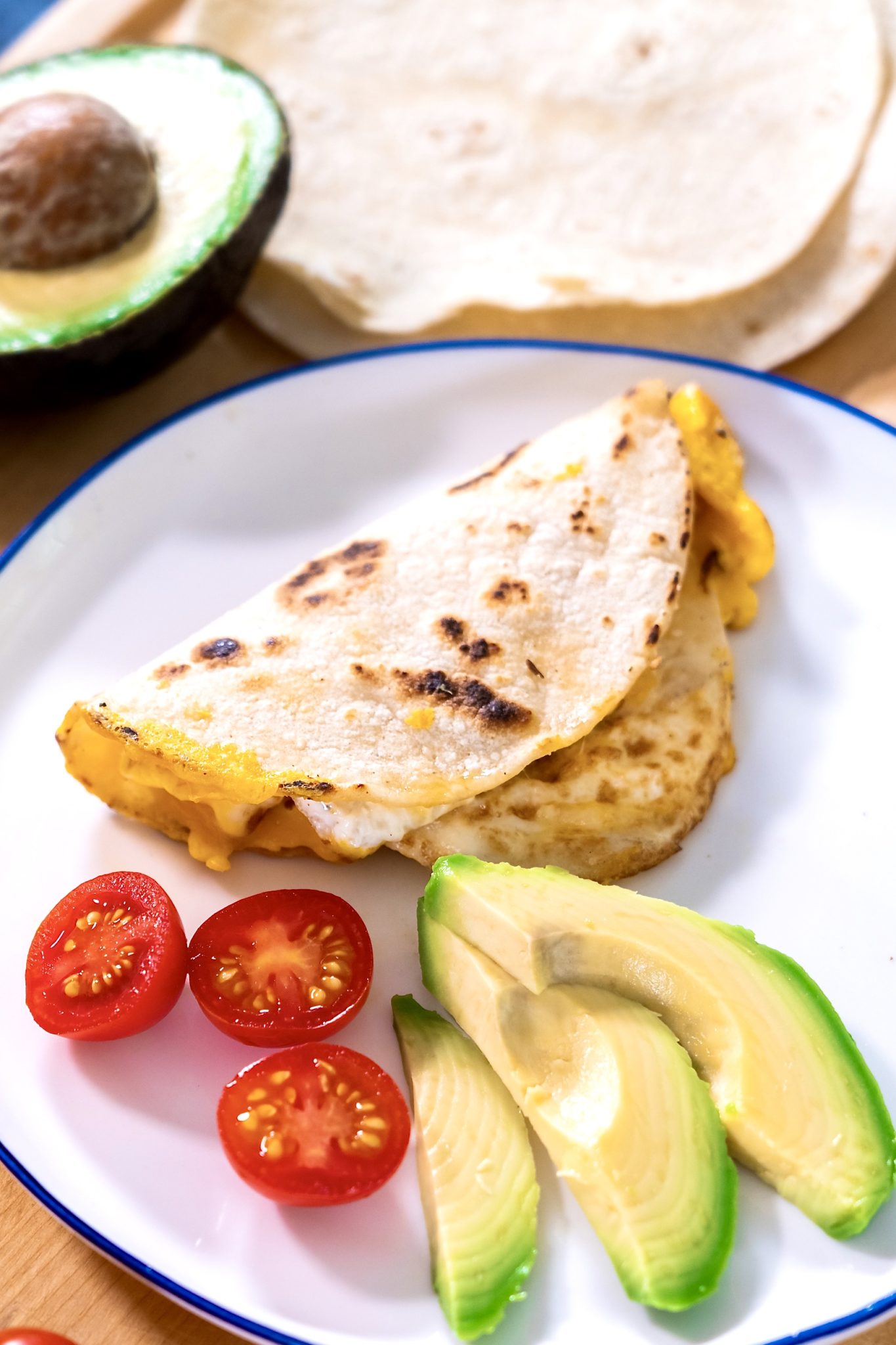 You know all those times when it seems like there’s nothing to eat in the house? Or you’re starving and just want to eat five minutes ago? An egg taco is the solution! 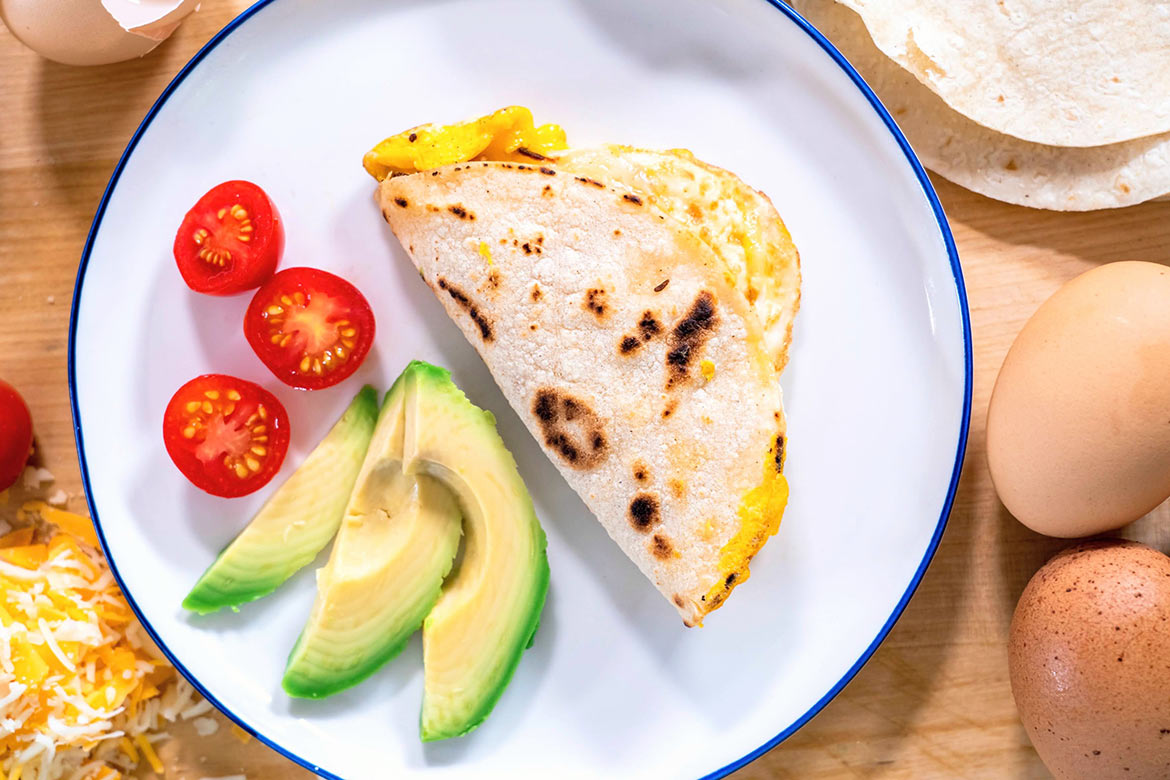 Easy Egg Taco
Yield: 1 serving
Protein-filled, economical, and super satisfying, this speedy meal is delicious any time of day and can be made with ingredients easily kept on hand.
Print
Ingredients
Instructions

Spray a small frying pan (just large enough to fit the tortilla) and heat over medium. Crack the egg into the pan and sprinkle it with the salt, pepper, and cheese.

Immediately place the tortilla on top of the egg and cook until the egg is set enough to flip, about a minute or two. Use a wide spatula to flip the whole thing over－the egg will now be on top and the tortilla will be on the bottom.

Cook another couple of minutes to toast the tortilla to a delicious golden brown, adding another sprinkle of cheese on top, if desired. Midway through toasting, fold the tortilla in half, flipping from side to side until the desired degree of toasting is achieved.

Serve hot as is or with optional toppings.  (Be careful with the first bite, as it will be hot inside!)

*If you like ham or bacon, feel free to add some of that, too. I sometimes heat some thinly sliced or chipped deli ham in the skillet before cooking the tortilla to “frizzle” it. Then I remove it from the pan and add it back in after cracking the egg.

One more thing… If you’d like a crisper tortilla or if your tortilla is damp when you start (this can happen if condensation forms in the bag), you may toast both sides in the skillet before adding the egg. In this case, toast until you see golden spots on each side but the tortilla is still pliable. 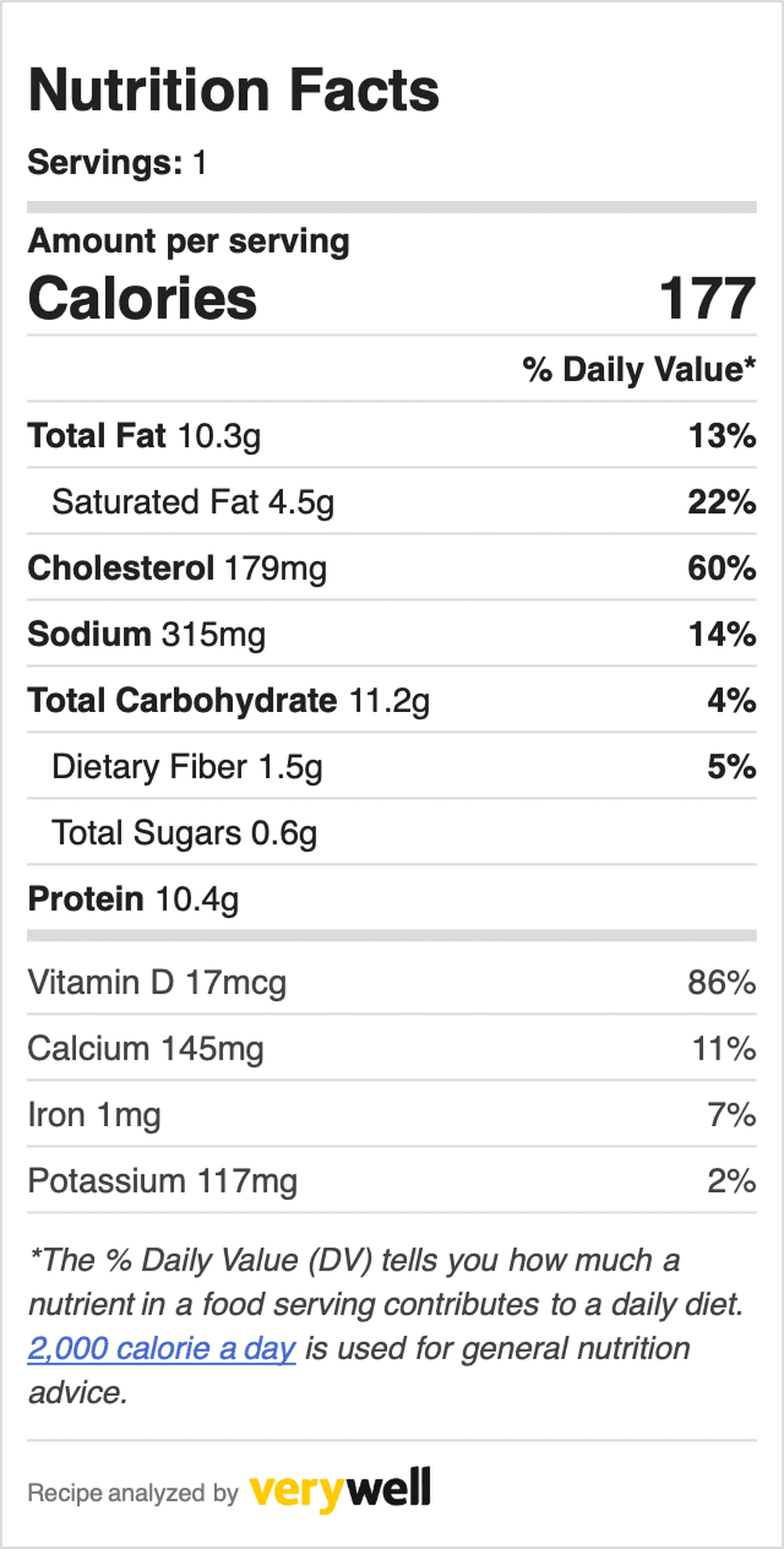