How to Cook Millet…and a delicious salad recipe! 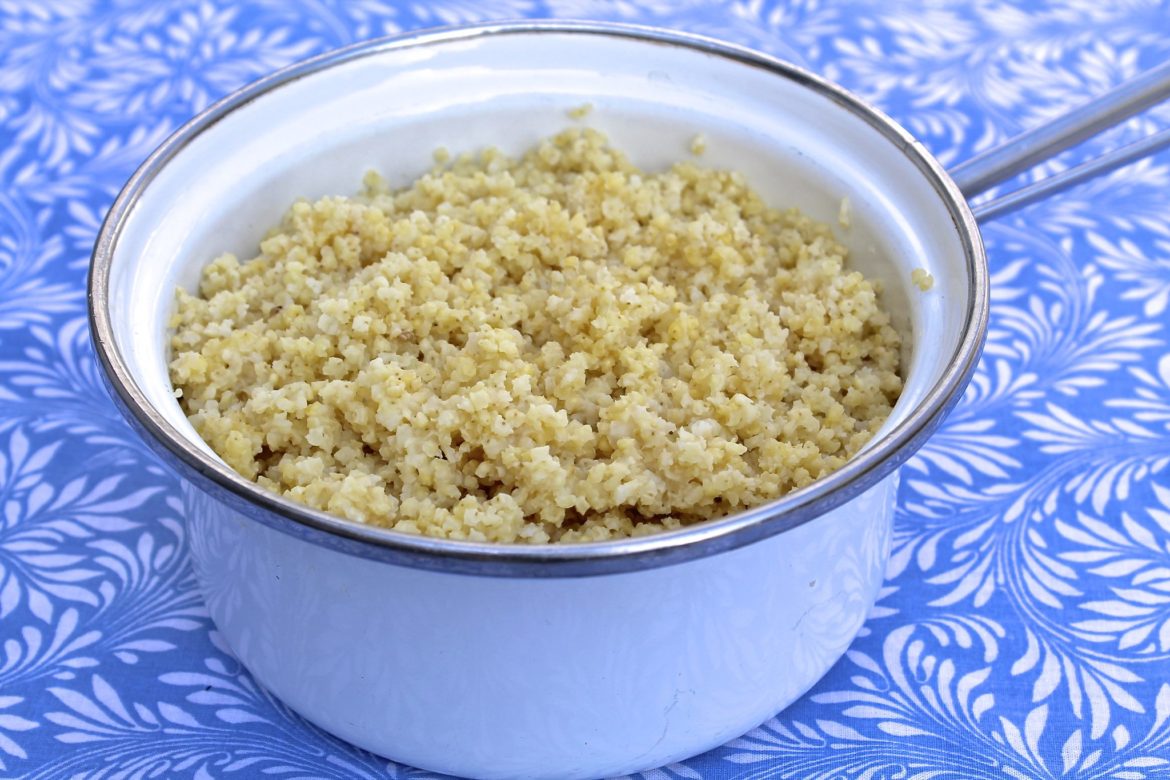 A few months ago, it occurred to me that I had never cooked millet.  Always one to use a variety of grains, it was time to add millet to my grocery list.  For my first attempt, I followed the package instructions and overcooked it…a lot.  Undaunted, I gave that batch to our grateful chickens and kept experimenting!

First, a brief Millet 101 may be helpful for those who are also new to this grain.  Millet is an ancient seed, originally hailing from Africa and northern China, which is widely grown around the world for both human consumption and, yes, animal feed.  It is currently a staple in the diets of about a third of the world’s population. Rich in iron, B vitamins, and calcium, millet possesses a mild corn flavor and is naturally gluten-free.  And while millet may remind you of birdseed, these little yellow beads have a delightful, light texture when cooked, are relatively quick-cooking thanks to their small size, and are highly versatile in dishes ranging all the way from breakfast to dinner.  I have substituted millet in salads where I typically use couscous and quinoa, and have cooked a millet breakfast porridge that I really enjoy as a delicious option to oatmeal.

Since my first mushy batch, I have learned that “starving” the grains (or rather, the seeds) as I do with quinoa, and have more recently begun doing with rice, is the key.  That, and cooking it for less than the 40 minutes my package recommended.  By starving the grain, I simply mean adding slightly less water than the directions suggest.  Grains have an uncanny ability to keep sucking in moisture after they are fully cooked, and I find a little less water allows the grains to fully cook while maintaining more structure and texture.

The salad pictured below is one of my go-to salads–Curried Couscous Salad–only I substituted millet for the couscous.  This salad easy to whip up, may be prepped in advance, and is a consistent crowd pleaser.  This recipe is an ideal way to incorporate millet, as the texture of millet is much the same to that of couscous.  Salads using quinoa are another good starting point if you would like to experiment.  One cup of raw millet yields approximately three and a half cups cooked.  As a comparison, rice and quinoa are similar in their cup-for-cup yield, coming in closer to three cups cooked per every one cup uncooked. 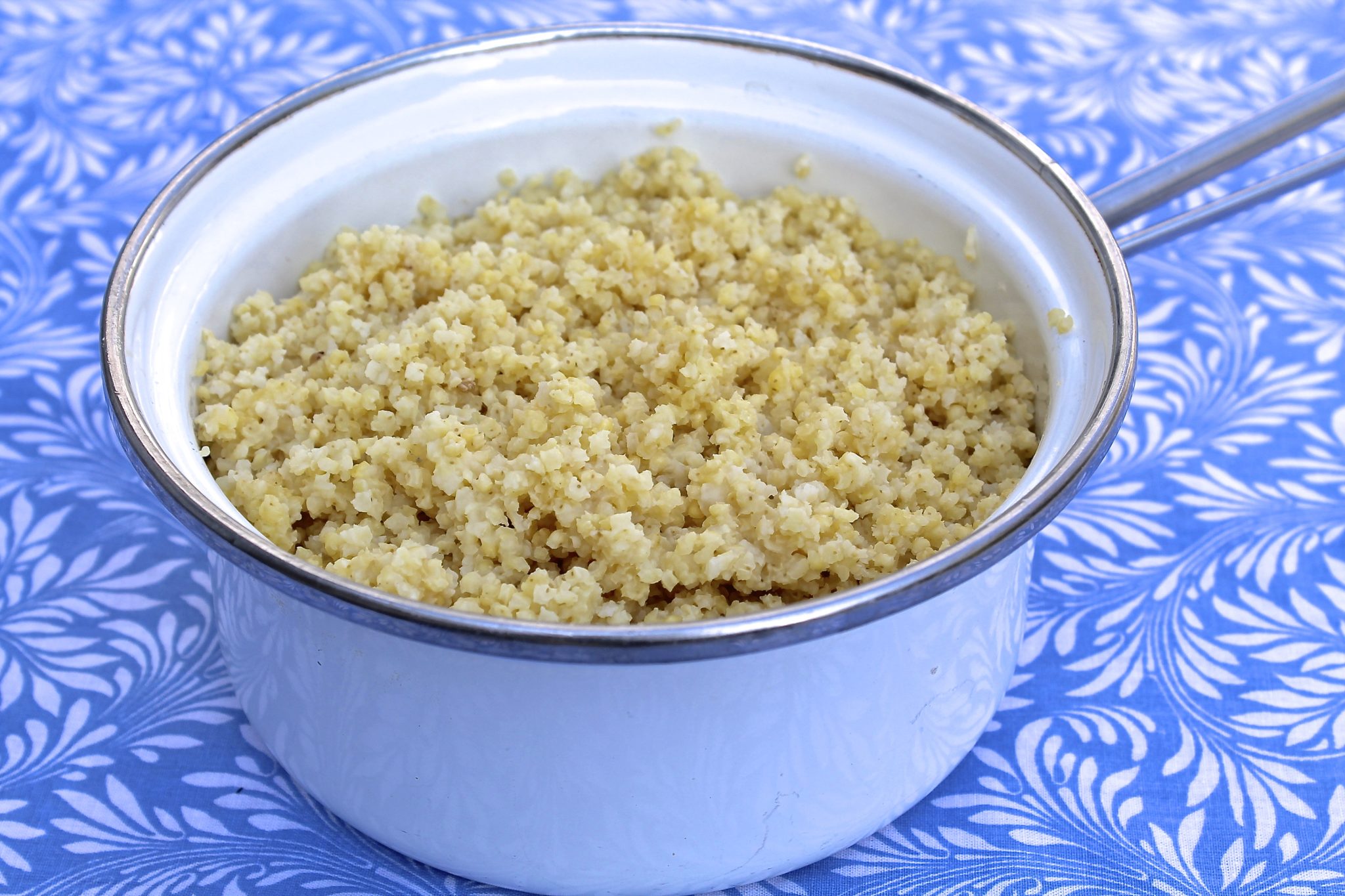 How to Cook Millet
While the olive oil or butter is listed as an optional ingredient, the addition will prevent the grains from sticking. Likewise, a little bit of salt will enhance the flavor nicely. 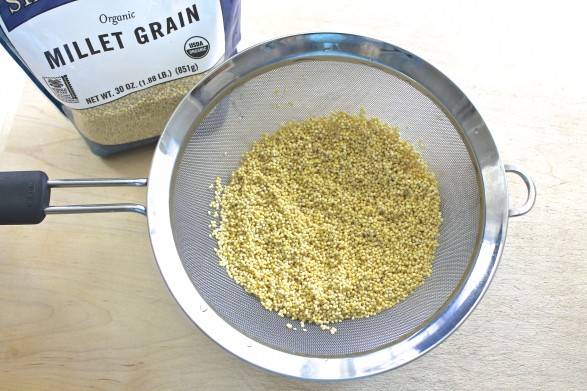 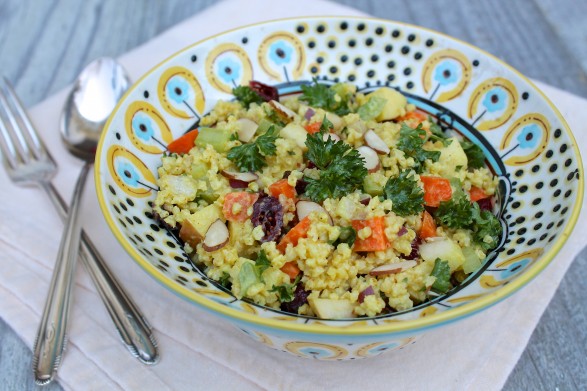 Click here for the recipe for Curried Couscous Salad.  One cup of dry couscous yields approximately 2 1/2 cups cooked.  So, for proportions to work out similarly when using millet in place of couscous in this recipe, start with 1 cup dry millet.