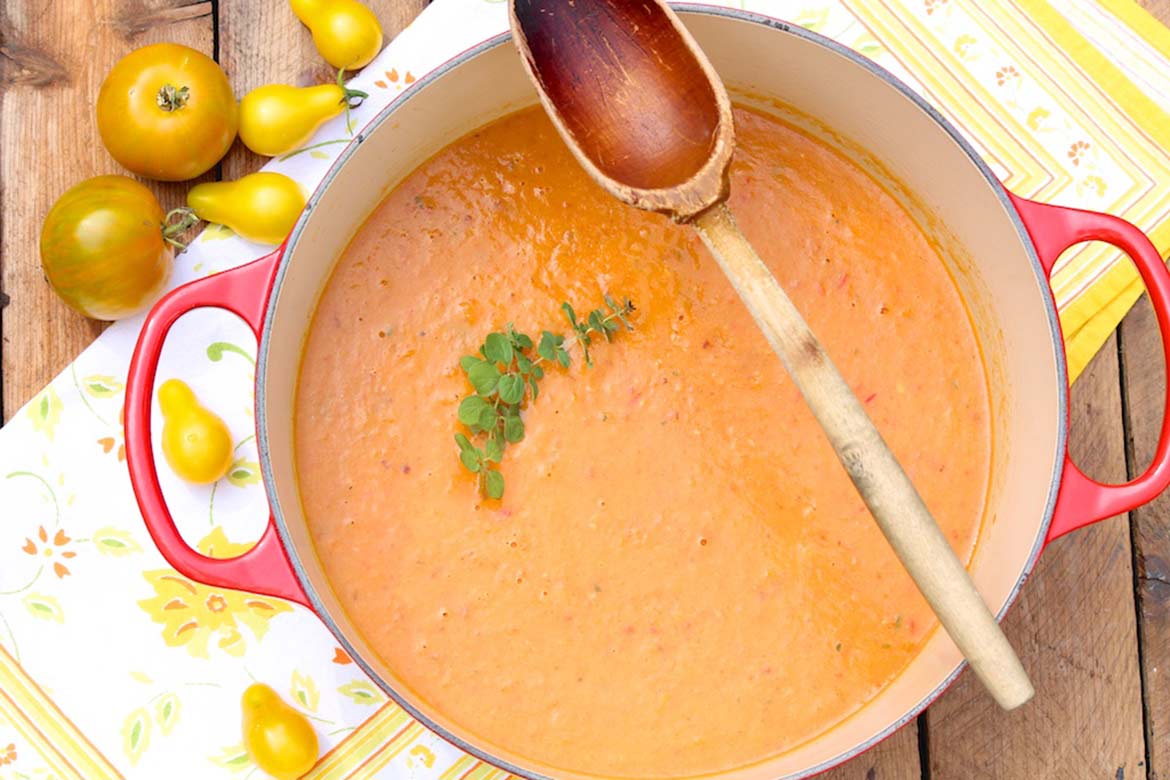 The mere description of this soup inspired me to plant yellow tomatoes in our backyard garden. The first year, I think I got three.  The second summer, I barely squeezed out enough to make the soup.  Last summer, I finally hit pay dirt.  It just took until early September for the plant to mature.  So though I made a couple of batches of this velvety, golden soup, I put the recipe on the back burner (I know—not funny!) until this summer so everyone could take full advantage of the growing season.

The recipe is a family favorite of Michael Long.  Michael was my first editor at LNP and has long had more success than me with his yellow tomato plants!  After hearing him talk so lovingly about his annual ritual of making and canning this soup, I had to try the recipe–and he kindly obliged. 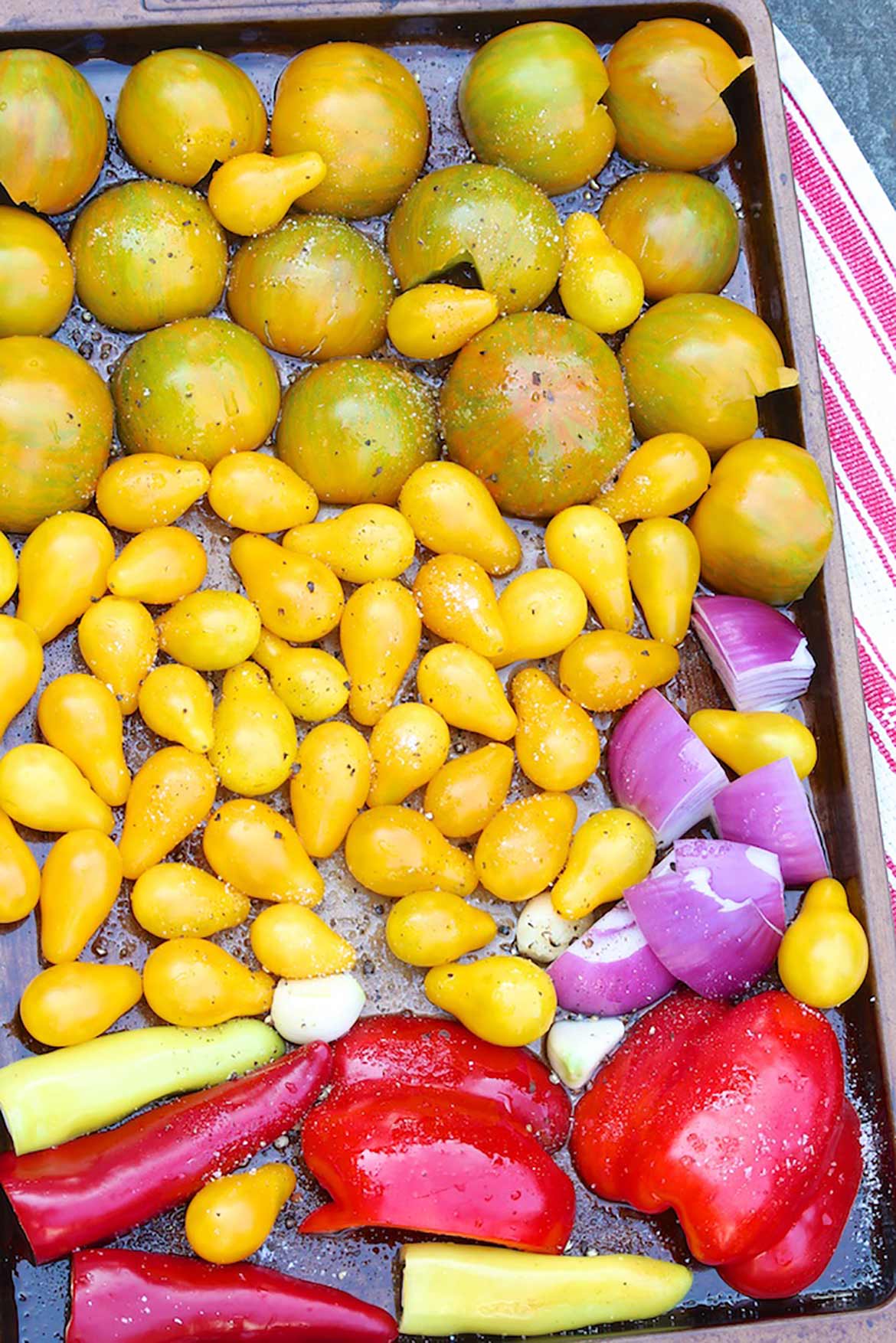 It starts with roasting the veggies and is meant to be a warm soup, and we eat it that way.  One of my twists on Michael’s recipe, however, is to serve this warm soup gazpacho-style, accompanied by bowls of optional toppings like chopped avocado, crumbled bacon, lump crabmeat, or goat cheese.  We’ve also enjoyed it with diced chicken.  The soup is delicious on its own; the extras simply make it a heartier, stand-alone meal.  Great with a piece of crusty bread.

True to the creative cook and writer that he is, Michael shared his treasured recipe with me in free-flow form.  For those who prefer precise amounts and details, I offer them in the printable version.  For those who enjoy winging things in the kitchen, I saved Michael’s original recipe and included it below the print option.  It’s a delightful read. 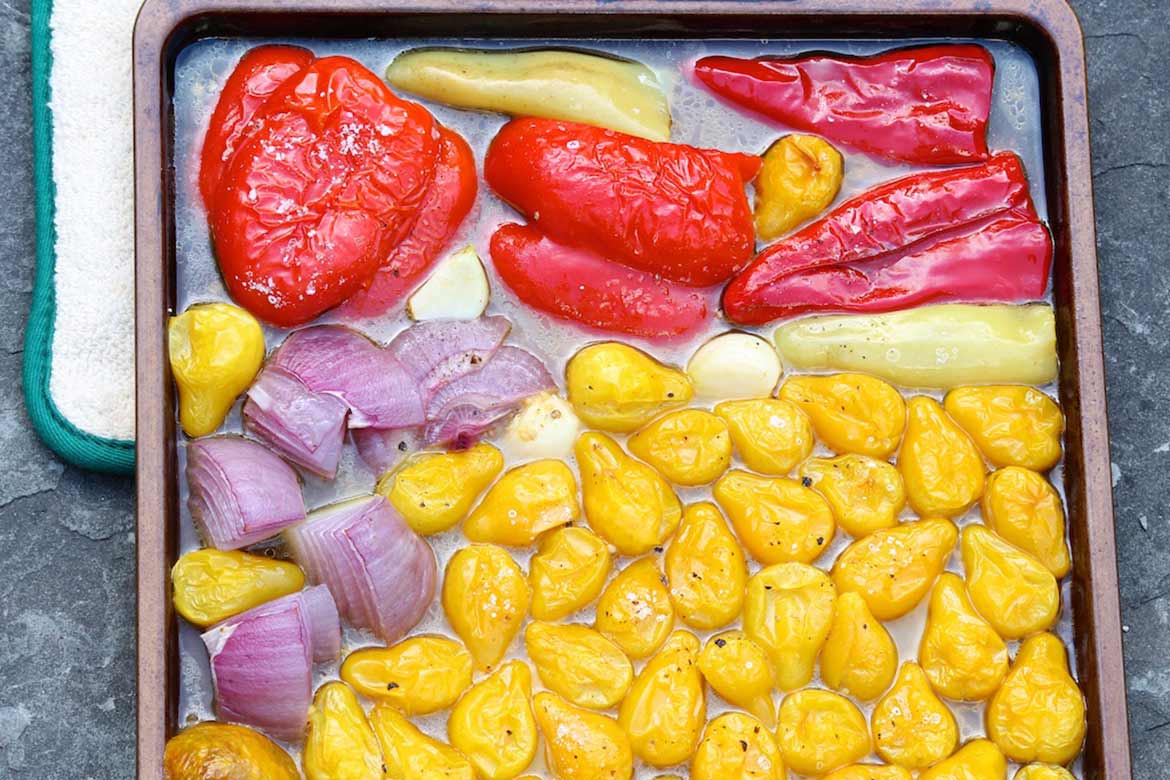 After the recipe, Michael detailed his summer adventures with his boys, then 5 and 8, from piano and drum lessons, science camps and plenty of pool time. They had just finished reading Roald Dahl’s “The BFG” and “Matilda” was next, plus they were eagerly awaiting the first eggs from their backyard chickens.  Best of all, he described the giant millipede and red spotted newt down they spotted at Tucquan Glen, and a five-foot rat snake over at Lake Grubb.

An editor who shares recipes and mentions life’s fun details to a new writer–how lucky was I?  He finished his email with this: “Being a father of boys this age is just one magical experience after another.  I keep waiting for that metaphorical shoe to drop, but it just doesn’t.  Life is pretty great.”

Doesn’t it make you want to squeeze just a little bit more out of these waning days of summer? 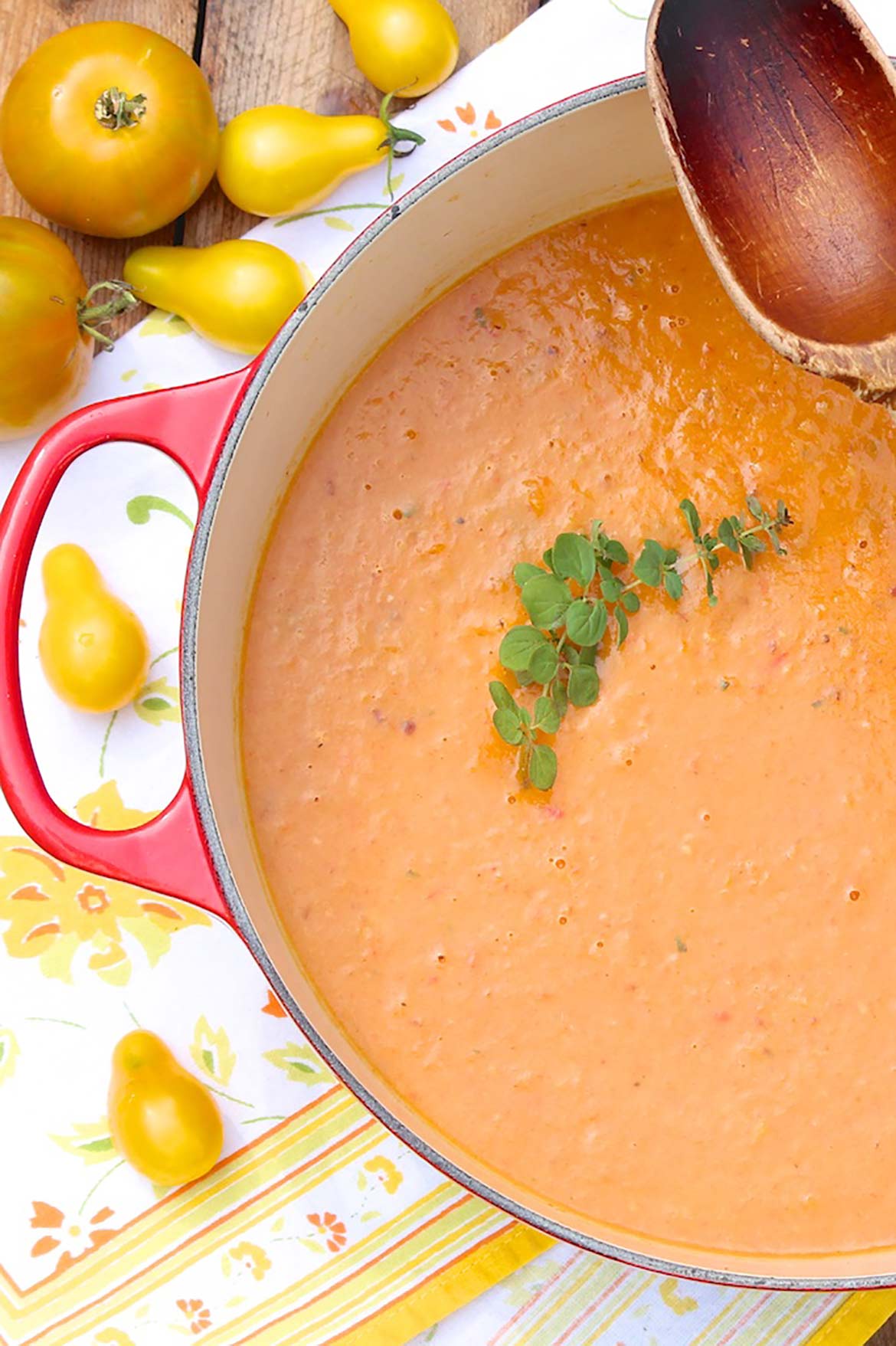 Happy summer, Ann.  I trust the sun is warming the spirits in the Fulton household?
Here at the Long compound, the yellow tomatoes are starting to fill out on the vines (finally! such a late growing season), and it’s time to make good on my promise to you.
So here is the recipe for yellow tomato soup, as best I can recall.

Halve and clean enough yellow tomatoes to fill a half sheet pan (13 by 18). Place them skin side up. To each tray, add: half of a large red onion, one medium-size hot pepper, any variety (to taste), halved and cleaned; one red bell pepper; two cloves of garlic.

Brush everything with olive oil, salt lightly and stick in the oven at 375 for a half hour or until the skins pop off easily.  Take out the tray and allow to cool for a few minutes before removing the skins from the tomatoes and peppers.

There will be plenty of juices on the tray that you can strain and freeze for veggie stock.  Two trays of tomatoes makes a nice size pot of soup; three trays makes enough to can.

Dump the tomatoes and veggies into a large soup pot and add, per tray:
16 ounces of chicken stock
1 tablespoon of chopped fresh oregano
and two pieces of bacon, well-cooked and crumbled up fine
[For the vegetarians (I do not stand among them; judge me as you will), use vegetable stock, skip the bacon and add a little salt.]

Process with a hand mixer. I like this soup pretty fine.  Bring to a boil and let simmer for 20 minutes.

That’s it.  Add a little cream if you like.

Because the tomatoes are so mild, it’s a versatile soup that you can accent any number of ways.
I hope you like it. We do.😋

Long's Yellow Tomato Soup
A delightful summer soup with a hint of heat if you like.