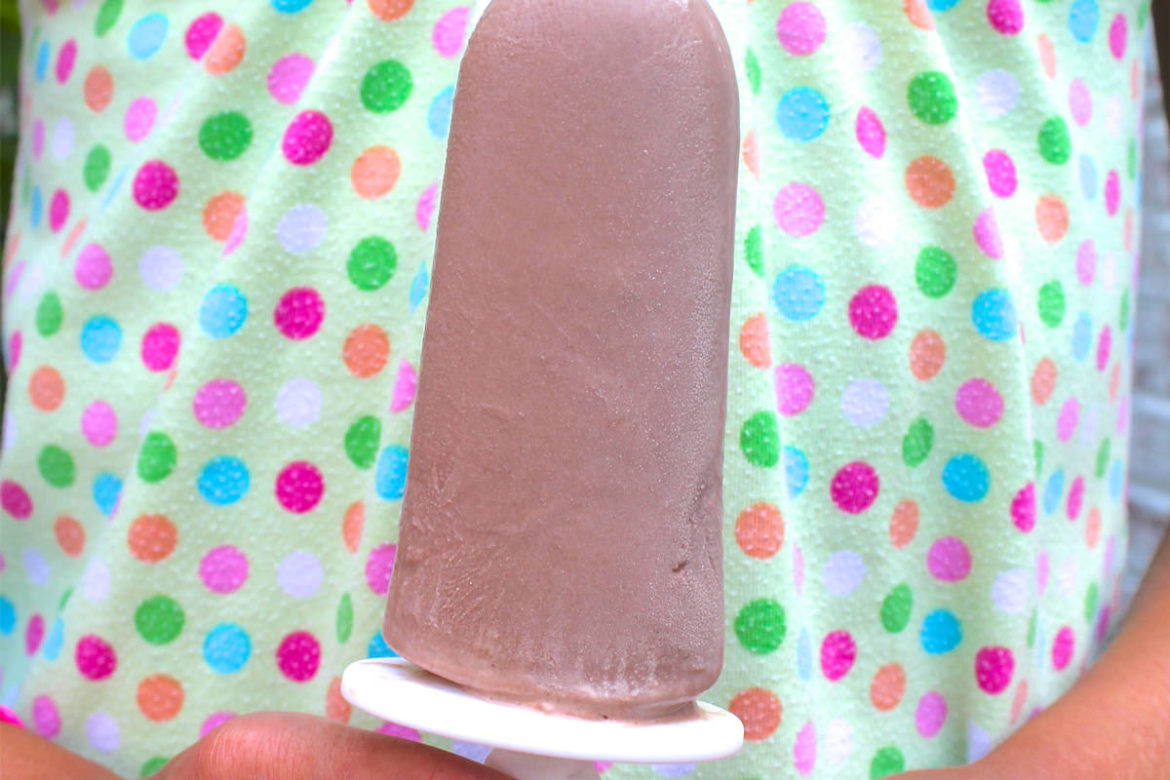 Do you remember Pudding Pops?  In the 1980s, Bill Cosby was the spokesman for this popular frozen treat.  The chocolate version was similar to a creamy fudgesicle, almost like a scoop of ice cream on a stick.  In our home, this flavor was always the first to vanish from the box.

I have wanted to resurrect this cherished snack from my childhood for some time, ostensibly for the enjoyment of my kids.  Secretly, I viewed it as a portion-controlled dessert that would satisfy my sweet tooth–with a serving of nostalgia on the side.  I began experimenting with the recipe while my kids were at sleep-over camp.  (What mom would do this?)

When I make a new recipe, I like to have many opinions beyond my own, ideally from both kids and adults.  Since my boys were absent, I coerced the twin girls who live around the corner to come to my aid.

Because this job requires photographing the food I prepare, I noticed something else:  one of the girls was sporting a colorful polka dot shirt that I thought would be a pretty backdrop for a brownish popsicle.  I joked with their mom that these are the silly details that now occupy my mind!

So, the girls gamely held the popsicles while I snapped as quickly as I could.  The day was hot, and the popsicles melted fast.  Ultimately, the girls raved and it was their suggestion to include the recipe in this space.

When my 70-something father gave this modern-day pudding pop an equally glowing endorsement, I figured Bill Cosby might even approve! 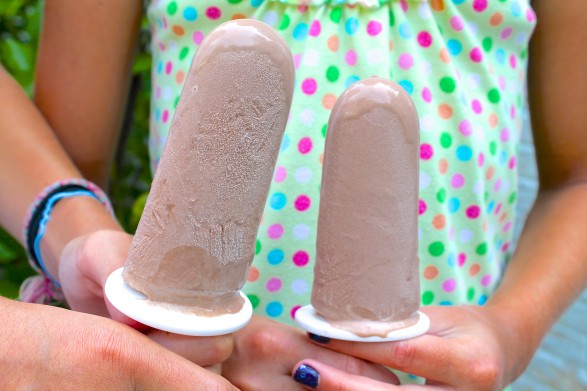 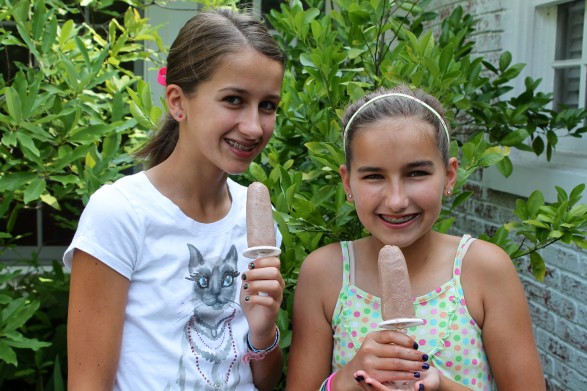 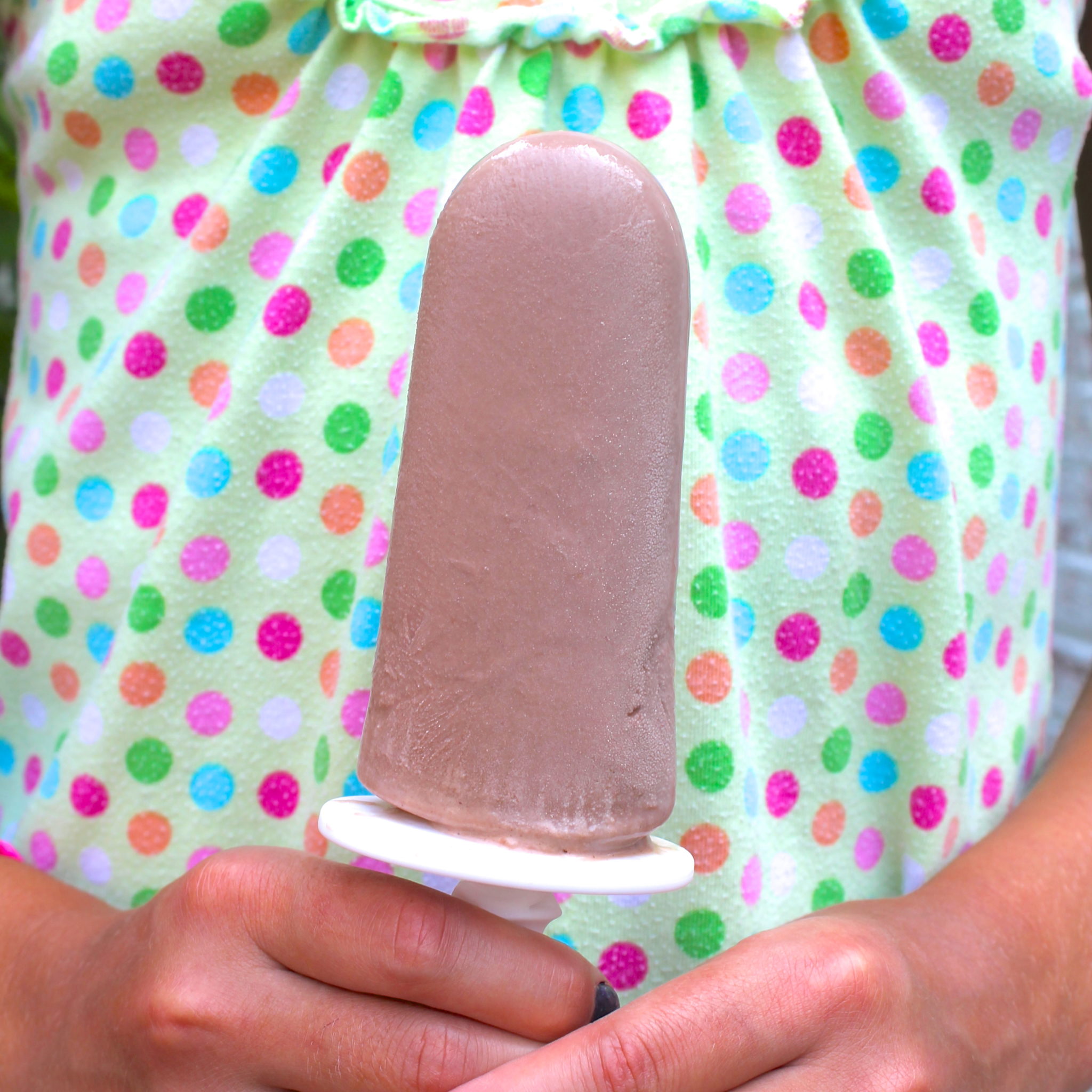 Nutella Pops
These creamy popsicles are a treat in warm weather and equally satisfying in the colder months. For those who do not have popsicle molds, simply follow the directions using small paper cups and popsicle sticks. For mini pops, an ice cube tray works well. Without sticks, the frozen cubes are a deliciously creamy way to keep iced coffee cold. Yields 6 popsicles or 24 "ice" cubes.
Print
Ingredients
Instructions
Notes
More On YouTube More on Instagram
Tried this recipe?Post a picture on instagram and we will repost it! Mention @fountainavenuekitchen or tag #fountainavenuekitchen!
The Fountain Avenue Kitchen https://fountainavenuekitchen.com/