What Are The Health Benefits of Caffeine? 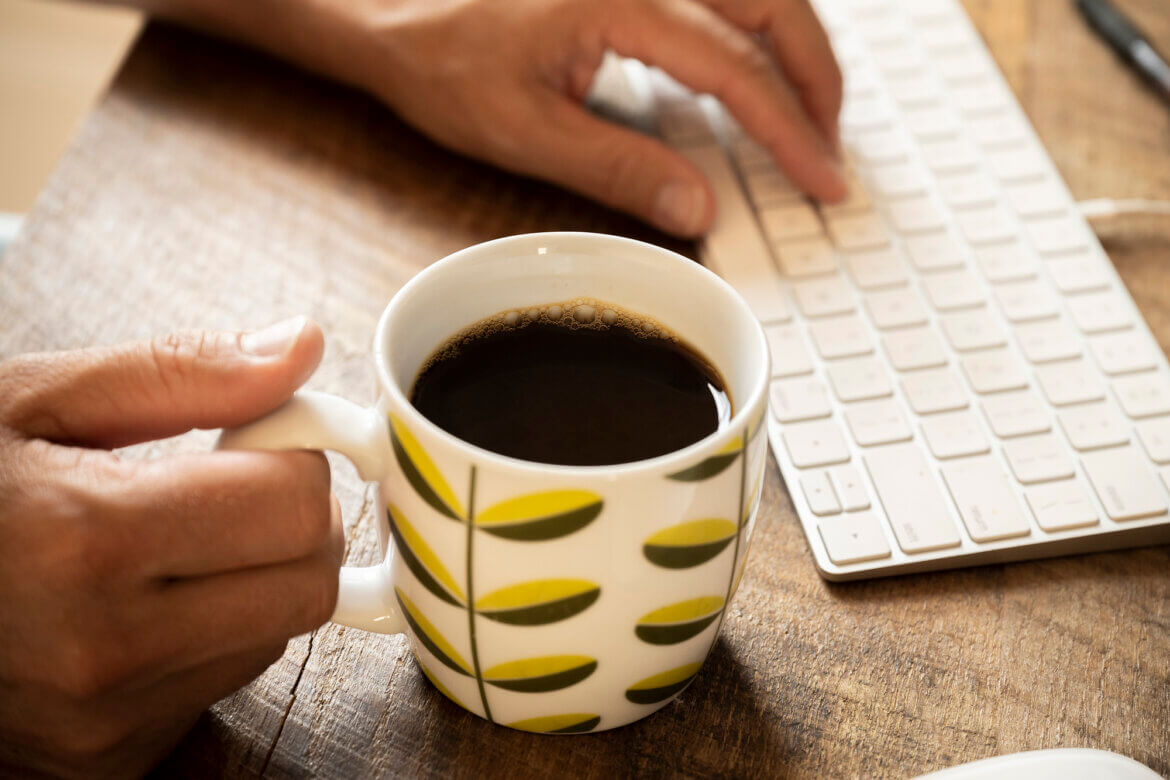 Should I drink more coffee and tea? Maybe I should cut down on caffeine? Emily answers these questions, and more, as she reviews the most common claims made about caffeine

When people say that any press is good press, I feel like caffeine is taking this advice too far.

It’s challenging to keep up with such a celebrity. One week we are told to avoid caffeine altogether. The next week we have to drink at least four cups of coffee a day to beat back chronic illness.

It is estimated that about 85% of U.S. adults drink at least one caffeinated beverage a day(1), and that doesn’t include caffeine we get from food, like in Ann’s Easy Mud Pie.

Because of its popularity, most people have at least something to say about caffeine – though how do we know what’s valid and what isn’t? So, let’s get the record straight and see which caffeine claims really live up to the hype…

Caffeine is a diuretic: MOSTLY FALSE

It’s true that people have different reactions to caffeine. For those who don’t normally have caffeine, or haven’t had caffeine in a while, it’s possible to to experience some diuretic effects in short term.

But this has not been found in habitual drinkers. Some studies showed that drinking a cup of coffee was actually just as hydrating as water.

Running to the bathroom more frequently? It is likely due to an increase in liquid consumption rather an increase in caffeine intake, particularly for heavy coffee or tea drinkers(2,3).

Many health practitioners will tell their patients that 1/2 cup to 1 cup of coffee, or ~100-200mg of caffeine per day, is safe during pregnancy. But, there seems to be no definitive answer here.

Given the potential variables involved and sensitive nature of the subjects, there are many ways in which studies on caffeine and pregnancy could be flawed.

It does appear that caffeine can cross the placenta. While potential harm caused to the fetus is unclear, higher caffeine intakes have been associated with lower birth weights.

Many women simply choose to omit caffeine entirely during their pregnancy(5).

There is no definitive research on this. Some people may claim caffeine suppresses their appetite, but this is not proven.

This may also depend on how caffeine is consumed. Is it in a shot of espresso, a chocolate bar, or in Ann’s Homemade Bailey’s Irish Cream?  The mode of transpiration, so to speak, will certainly impact those feelings of hunger and fullness.

Most studies show at least some ergogenic effect about an hour after caffeine intake. Does that mean we have to be caffeinated to perform our best? No. There are so many variables in these types of studies, and everyone is different.

In deciding whether or not to use caffeine, consider the other effects it can have. For example, high quality sleep can also improve performance. So, Ann’s Cold Brew Coffee may be a better choice before a morning workout rather than one in the evening.

Interestingly, studies typically focus on one sport or endurance exercise at a time, so some athletes may rely on caffeine more than others. Curious for more sport-specific research? Check out the International Society Sports Nutrition Position Stand, also listed below in the reference section(6).

Caffeine is added to common analgesics (aspirin or acetaminophen for example). Some randomized controlled trials have shown that these products are more effective for headaches than pain relievers without the added caffeine.

Interestingly, headaches are the most common symptom of caffeine withdrawal(7).

Take caffeine to “sober up” if intoxicated: FALSE

It may increase alertness, but intoxication is not cancelled out.

It can stimulate smooth muscle movement, the kind we have in our lower digestive tract.

But, everyone is different, and the impact of caffeine may depend on how it’s consumed. Caffeine along with constipating foods, or physical inactivity and dehydration, could mitigate the effect. Vice versa, and the effect could be enhanced(8).

As long as we don’t drink more than six cups of coffee a day, we are likely not at an increased risk for CVD.

You may find some individual studies touting the benefits of caffeine for CVD risk. This is likely because caffeine in coffee, tea, and chocolate offer more than just a pick-me-up. They all contain polyphenols, which have antioxidant-like properties.

Antioxidants are well known for preventing free radicals from damaging cells, which help keep us healthy. But it’s too simplistic to say that consuming coffee or tea, or eating chocolate, will lower risk CVD. Here’s why(9-12):

In some studies, participants have had a decrease in insulin resistance after drinking 4-6 cups of regular and/or decaf coffee and tea daily.

First of all, it seems unrealistic for most people to regularly drink that many cups of coffee or tea every day. Secondly, there are other side effects and risk factors that may occur with heavy caffeine use such as insomnia, anxiety, and shakiness to name a few. Thirdly, what else is in those caffeinated beverages? Sugar? Cream? Perhaps Ann’s Nutella Latte?

By multiplying the intake of these add-ins, we may have the opposite impact on insulin resistance.

As a reminder, these studies are mostly association studies and not causal. Those who drink coffee and tea tend to have better health outcomes in the first place. And, let’s not forget that antioxidants can also be found in whole grains, fruits and vegetables, as well as decaf coffee(12-14).

There is plenty of misinformation on caffeine and health. Reasons for this include research that is limited by confounding factors, the unreliable nature of self-reporting intake, and the inability to claim causality.

We can start to adjust our caffeine intake by listening to our bodies. I can tell when I’ve had too much caffeine (I’m jittery, I have trouble falling asleep at my normal bedtime). You likely can, too. So-called ‘heavy caffeine users’ drink at least 5 cups (40oz, or over 400mg) of coffee every day. And some studies show that people experience negative side effects at this level.

If interested in cutting down on caffeine, headaches may arise for a few days or weeks as intake drops. Reduce this effect by gradually tapering intake, or switching to teas that have lower levels of caffeine.

As always, speak with a physician about any concerns regarding caffeine and side effects.