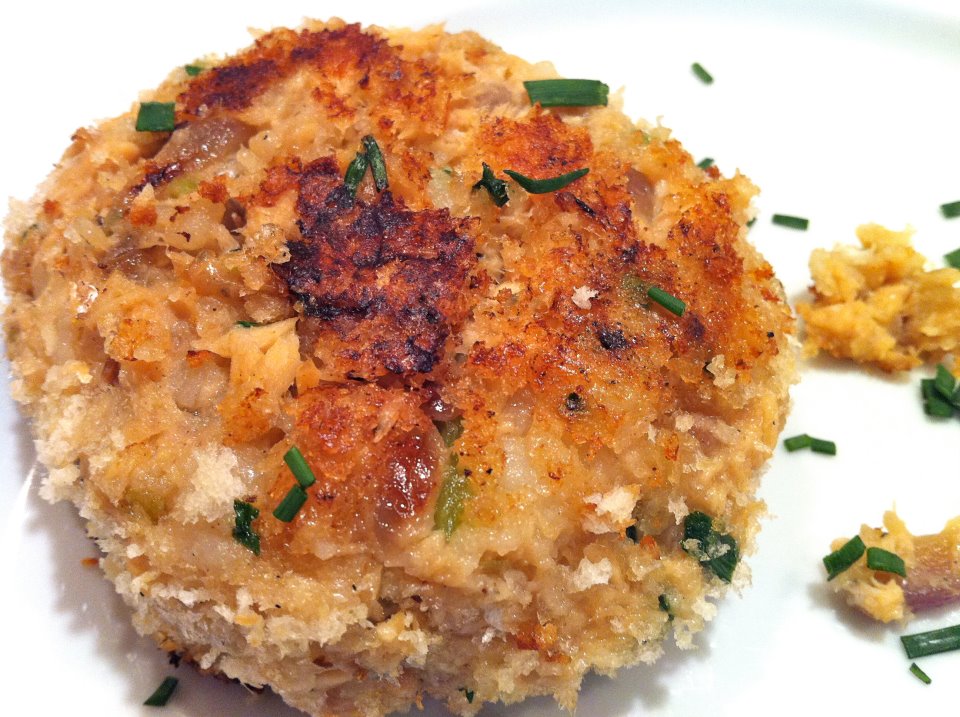 Salmon has has long been a favorite of mine. In recent years, however, I have been trying to buy more wild-caught salmon as opposed to farmed. The downside: limited availability and (where we live) high cost. When I noticed a year or two ago how inexpensive canned wild salmon is, I decided to start using it in some recipes.

Typically, I make a simple salmon cake, varying the recipe each time. When my sister-in-law popped by for a visit the other evening as I was scooping the insides out of baked potatoes for Baked Eggs in a Potato–which are heavenly, by the way! (see note)– she mentioned that she likes to use leftover mashed potatoes in her salmon cakes. So, I figured, why not try?!

She often uses leftover salmon, not the canned variety. You can do the same. She also mentioned that she doesn’t measure the potatoes; it all depends on how much she has leftover. For the sake of a recipe, I measured out what I used, but you may use it as a framework, adding more or less potatoes, using parsley instead of chives, or adding a teaspoon or two of Dijon mustard and about a quarter cup of Parmesan cheese (which I thought about AFTER I had them all made into patties, and I think would be yummy!).