“The Shifter”… plus a showdown and a slice of history 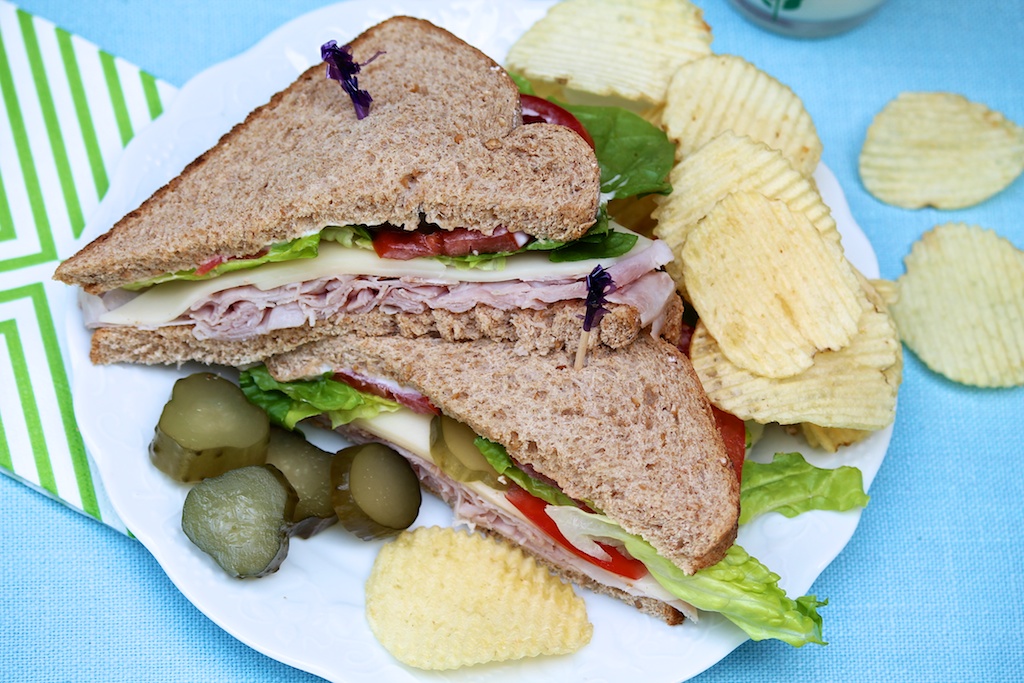 On the heels of Lititz winning the coveted title of America’s Coolest Small Town in an online contest conducted by Budget Travel in 2013, Columbia was designated as one of the 20 Best Small Towns to Visit in 2014 by Smithsonian magazine. I have long considered Lancaster County to be a pretty great place to live, but when a respected outside source validates this belief, there’s reason to celebrate.

As Lititz did last year, Columbia has planned many events to commemorate this recognition. One curious happening is the “Shifter Showdown,” and it’s the history behind this event that initially caught my interest.

Until now, I would have guessed that a shifter is the handle in a manual transmission car. Apparently though, everyone in Columbia knows better: the Shifter is really a sandwich. Moreover, to be considered the real deal, the Shifter must be made in a precise way.

The Shifter originated in the 1930s when Columbia was a bustling railroad town. According to John “Tink” Lutz, the sandwich was created by the late George “Cork” Lutz and Charles “Todder” Roberts.

Back in the day, small steam engines, called shifters, moved the railroad cars around the yard to get them in the correct position for transport. If a wreck occurred on the railroad, three or four work cars would be sent to the area to clean up the mess. To feed their crews, railroad bosses would go to the Columbia hotels where they would order a gallon of coffee at one hotel, a gallon of soup at another, and sandwiches (usually ham and cheese) at yet another hotel.

Todder had a restaurant in the front room of his home on the 400 block of Cherry Street, and Cork ran the Lutz Hotel (or Lower Hotel as it was sometimes called) around the corner on South Fifth Street. Todder got so sick and tired of making plain ham and cheese sandwiches that he told Cork they had to come up with something more nutritious. To that end, they sliced freshly baked white bread, layered on ham that they had roasted and carved, added Swiss cheese sliced from a wheel, put crisp lettuce and then fresh tomato on top. Dill pickle slices, mayonnaise and another slice of white bread completed the package—in that exact order. If the order of the ingredients was changed, it wasn’t a Shifter.

Though any claims of authenticity would surely be negated by my use of sweet pickles, doing so was the perfect excuse to showcase a homemade pickle recipe that has developed a surprisingly loyal following among my family and friends. It also made my version of the sandwich Shifter-Showdown worthy.  And though I took a couple of liberties, also using whole grain bread, I did maintain the proper order.

As one of the many events planned in a yearlong celebration of the Smithsonian honor, the “Shifter Showdown” is scheduled for Saturday, September 13th. Categories will include most authentic, best variation, best modern version, and the largest. The Showdown will be held at the Columbia Farmers Market on South Third Street in Columbia from 11:00 am until 2:00 pm. Applications are available at the Market House or at the Susquehanna Valley Chamber of Commerce and Visitors Center. Prizes will be awarded for the best in each category for both amateurs and professionals.

A special thank you goes out to Claire Storm who shared the history behind the Shifter.

The Shifter
Though an authentic Shifter uses white bread and dill pickles, you may create your own spin on this storied ham and Swiss sandwich by using whole wheat bread or my favorite pickle recipe. For the Showdown, I’m thinking a version with creamy coleslaw would be delicious!
Print
Ingredients
Instructions
Tried this recipe?Post a picture on instagram and we will repost it! Mention @fountainavenuekitchen or tag #fountainavenuekitchen!
The Fountain Avenue Kitchen https://fountainavenuekitchen.com/

The pickles–and the cheese–make the sandwich! Longtime readers know that I really like Sargento cheese and have had fun working with the folks there on the Top 10 Food Trends project. Here’s an interesting bit of cheese trivia that I recently learned: Many pasteurized cheese products (sometimes called American singles) are required to contain just 51% real cheese. Sargento slices are 100% real, natural cheese….and if you aren’t a fan of Swiss, there are over 30 other varieties to try! 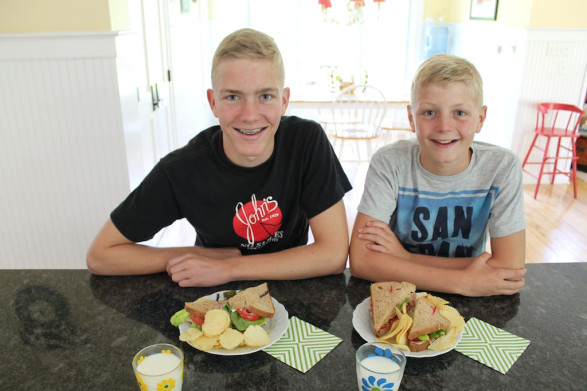 My boys gave The Shifter a double thumbs up… 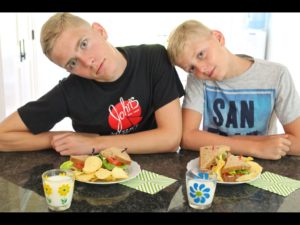 …and as a condition of taking a “nice” picture, I agreed to the much-more-fun silly shot. Coincidentally, they both “shifted” the same way. 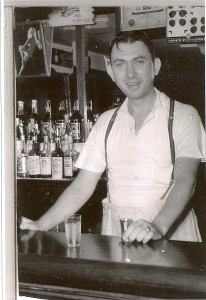 Last but certainly not least, Claire Storm kindly provided a 1939 photo of “Cork” Lutz at the Lutz Hotel on South Fifth Street, Columbia.