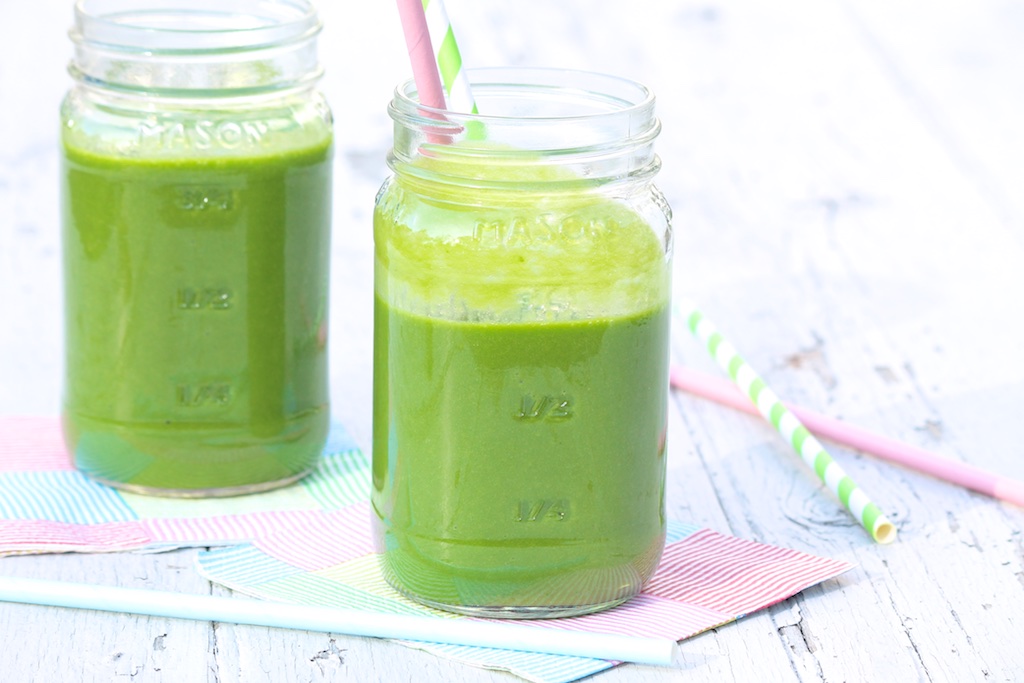 I was skeptical.  I purchase fresh spinach in a 5-ounce box, and the thought of putting all of it into a single smoothie recipe seemed…well…excessive.

But in the name of helping a friend, I gamely tried this recipe.  Ally Phillips, cookbook author, blogger, and longtime friend in food, was looking for a little assistance as she geared up for several food demos at the 2015 Tournament of Roses. I had already tested a pineapple serrano hummus recipe for Ally (delicious, by the way), but something about the heavy-handed use of spinach in this colorful recipe piqued my interest.

Smoothie connoisseurs often mix a handful or two of spinach into their blender concoctions; the health benefits are many and other ingredients mask the flavor.  I was tempted to go light on the spinach when I first made this recipe, but I stuck to the directions and was pleasantly surprised.  Though the vibrant green color is a sure indicator of leafy greens, the variety of fruit creates a tropical flavor that I thoroughly enjoyed.

The first time I made this recipe, I had been feeling under the weather for several days, and somehow, I felt much better after drinking this nutrient-rich drink.  Whether it was the abundance of spinach, some needed hydration, or merely a placebo affect created by a glassful of good-for-me ingredients, I wasn’t going to argue with improvement!  After a holiday season filled with too many cookies, this smoothie felt rather virtuous, and I’ve made it several times since.

It is commonly recommended that we consume two and a half cups of vegetables and two cups of fruit every day.  So often we hear that leafy greens should make up a sizable portion of the veggie allotment.  I truly like produce of all forms, but I have to be honest.  It’s hard to eat the recommended amount on a daily basis.  A smoothie like this is an excellent way to hit that goal with greater regularity.

And did you know? Spinach contains just seven calories and a single gram of carbohydrates per cup and is an excellent source of vitamins A, K, and C, folate, potassium, manganese, niacin, and fiber. 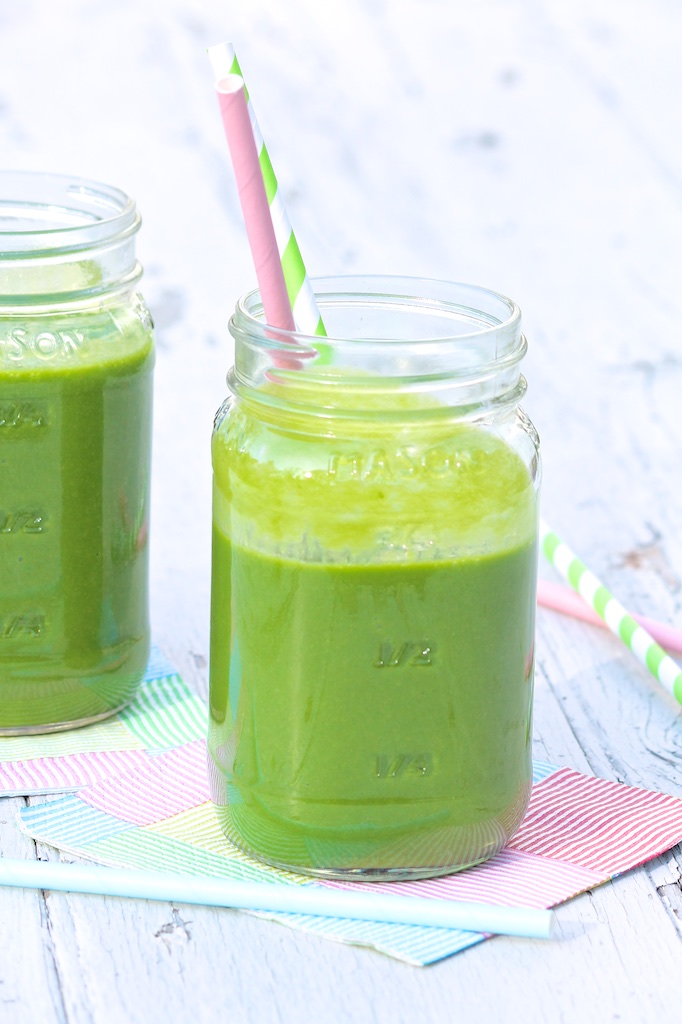 This healthy smoothie will be featured at the 2015 Tournament of Roses Live on Green event in conjunction with Dole.

5-Ingredient Tropical Green Smoothie
The 5 basic ingredients create a great smoothie, but this recipe is also well suited to some tinkering. A scoop of your favorite protein powder or a spoonful of almond butter offer good ways to ramp up the protein content. I've also stirred in some vanilla yogurt and sprinkled the top with granola when I wanted the smoothie to be more meal than drink.
Yields 24 ounces (or two 12-ounce servings)
Print
Ingredients
Instructions
Notes
More On YouTube More on Instagram
Tried this recipe?Post a picture on instagram and we will repost it! Mention @fountainavenuekitchen or tag #fountainavenuekitchen!
The Fountain Avenue Kitchen https://fountainavenuekitchen.com/