Clementine Jack-o’-lanterns (plus a few other Halloween treats) 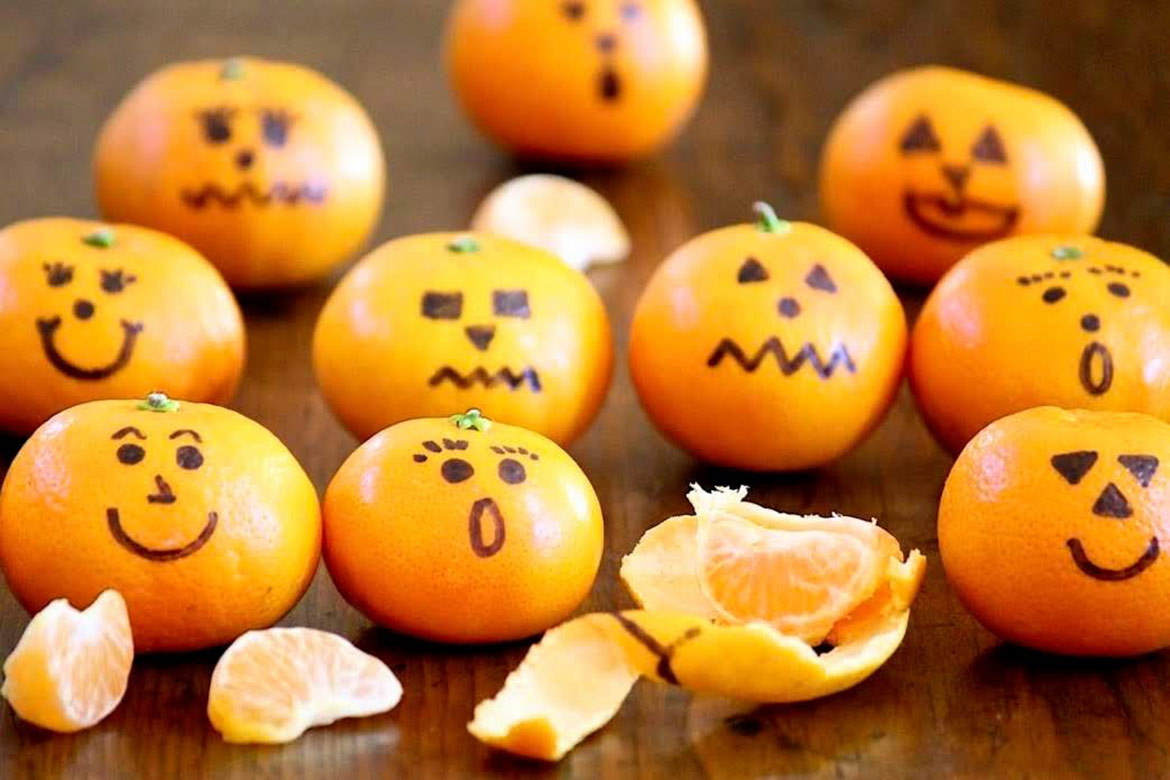 These healthy snacks make a fun project for children, whether at home or school parties, and are a welcome lunchbox surprise. There’s a fun story behind them (plus an important tip for making the ink stick), and because every good celebration can benefit from some themed trivia, I’ve included some Halloween fun facts to use as conversation starters at holiday parties and around the dinner table.

In the United States, the only two days that have more parties than Halloween are New Year’s Eve and Super Bowl Sunday. Fittingly, it was my older son’s fifth grade class party that inspired this newfangled way to enjoy a clementine.

To balance out the bounty of cookies and cupcakes, I was asked to bring the requisite healthy snack (preferably orange or black) to the school celebration. Of course, when serve alongside the typical party treats, carrot sticks and other healthy fare face stiff competition.

I pondered other orange-hued foods, as black beans seemed like an even tougher sell.

Thanks to their natural sweetness and ease of peeling, clementines have long been a favorite with my sons. Their vibrant color was certainly on theme, and when it occurred to me that they bear a slight resemblance to a pumpkin, I realized our wholesome snack had serious potential. 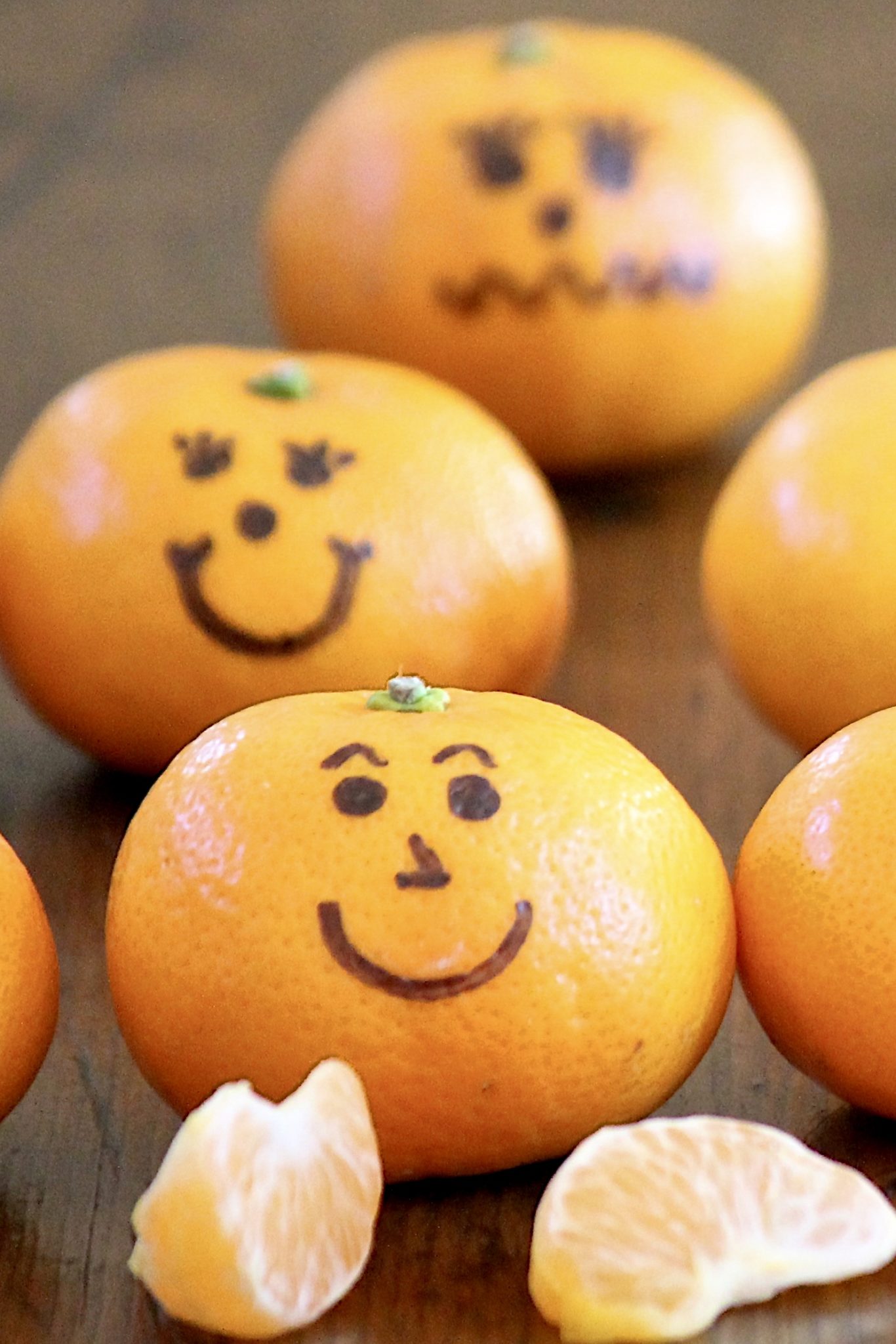 No doubt clementines offer a convenient and nutritious treat, but they’ll also pull double duty as a fun project – and all it takes is a Sharpie and some imagination.

This fun task affords all the creativity of carving a pumpkin, just without the slimy seeds and sharp knife. Plus it’s easy to make more than one.

Because of the permanent nature of the ink, it’s best for very young children to be closely supervised as they draw their favorite jack-o’-lantern faces on the fruit. Similarly, if an errant Sharpie could stain the work surface, cover it first with a few layers of newspaper. (I’ve tried, but water-based markers don’t write well on clementines. The Sharpie ink, however, does not penetrate the peels.)

The edible clementine craft proved to be a major hit at that fifth grade party – so much so that we revisited the simple project many times over the years. Friends and cousins have enjoyed creating all sorts of silly faces, and I’ve decorated my fair share to pop in lunchboxes in the days leading up to and closely following Halloween.

One helpful tip: Make sure the clementines are at room temperature. Sharpies do not write well on cold fruit, as condensation tends to form. 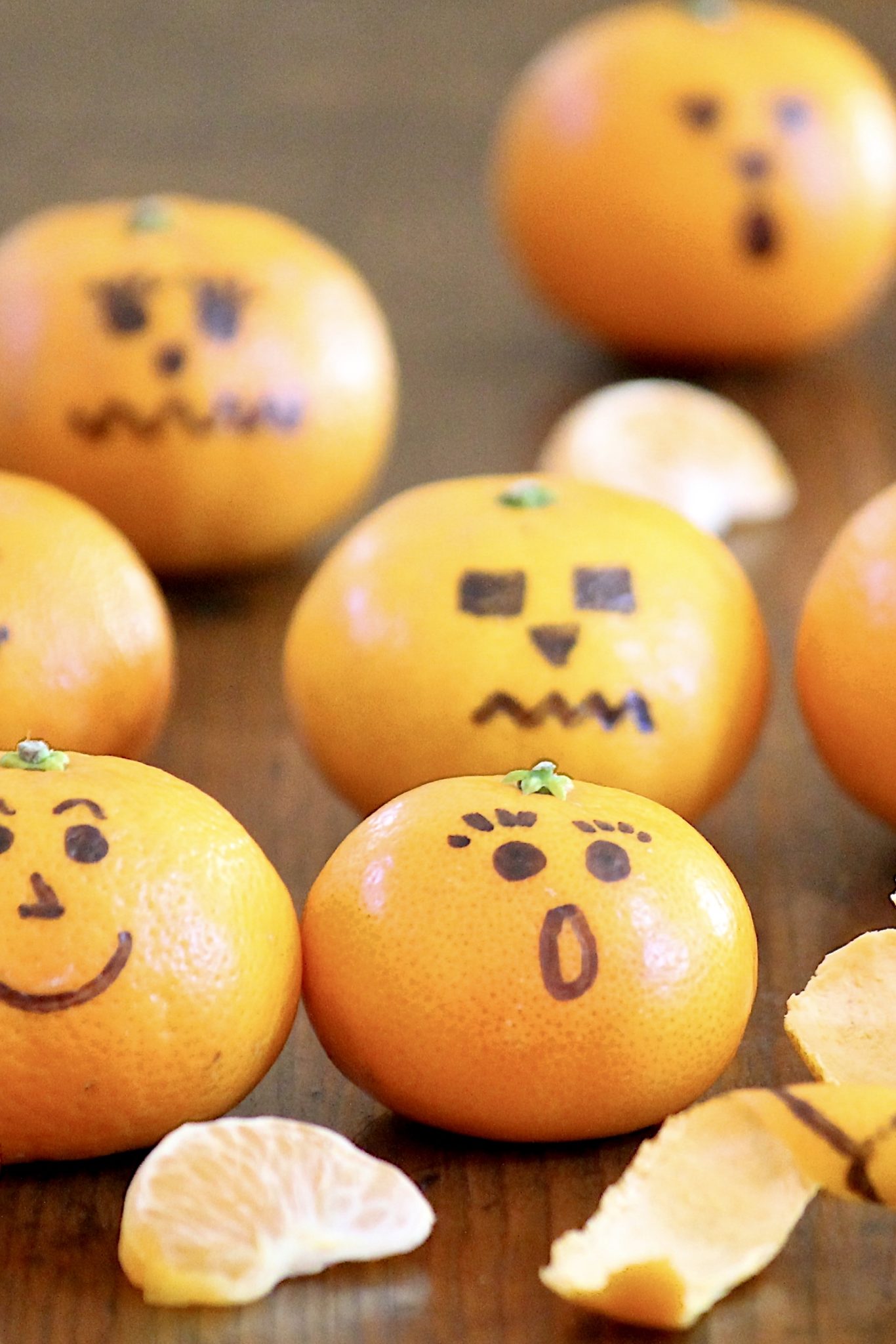 Because every good celebration can benefit from some themed trivia, following are some Halloween fun facts to use as conversation starters at holiday parties and around the dinner table:

A few other Halloween-inspired recipes you may enjoy:

“Donut Monsters” aren’t as healthy, but they sure are fun! All you need are those silly fake teeth and candy eyes (which could also be blueberries, M&Ms, etc.). Tip: New plastic teeth tend not to stay closed, so I tie them with dental floss so they don’t break the donut or simply pop out. 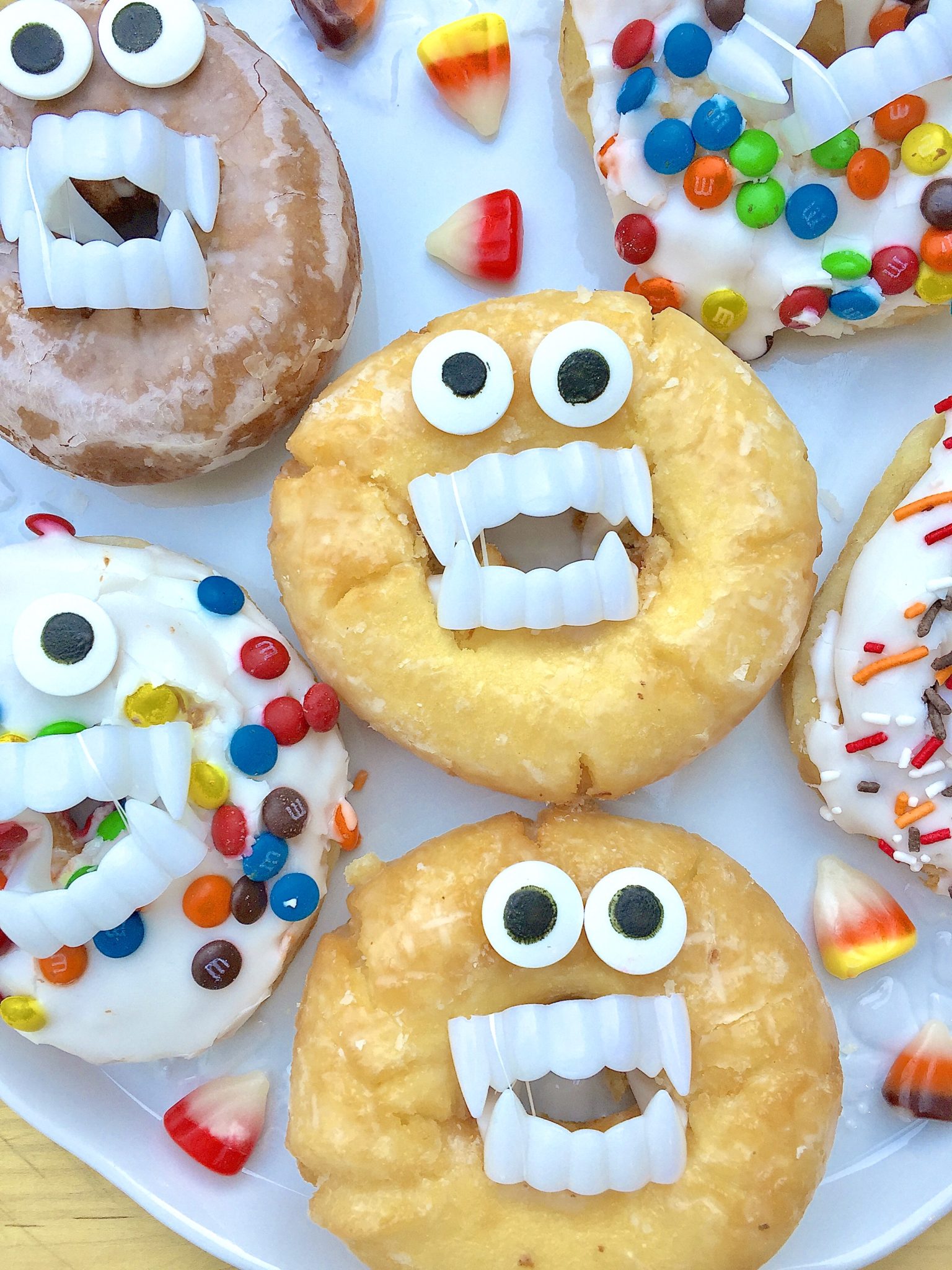 Spooky Spaghetti Stuffed Peppers  ~  So easy and guaranteed to bring laughs to kids — and kids at heart! 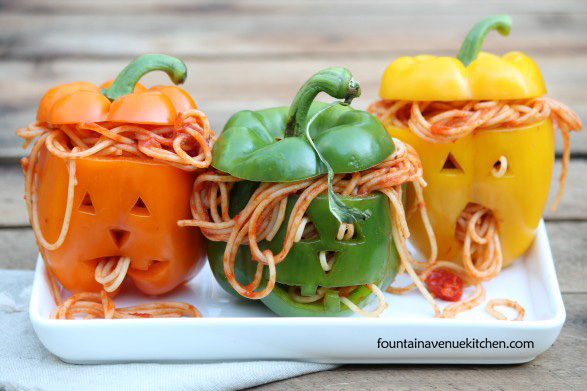 Threaded Hot Dog or Sausage Spaghetti (aka “Spider Dogs”)  ~ Two pictures follow to give you the spider tie-in😉…and note that this is a fun project for children. 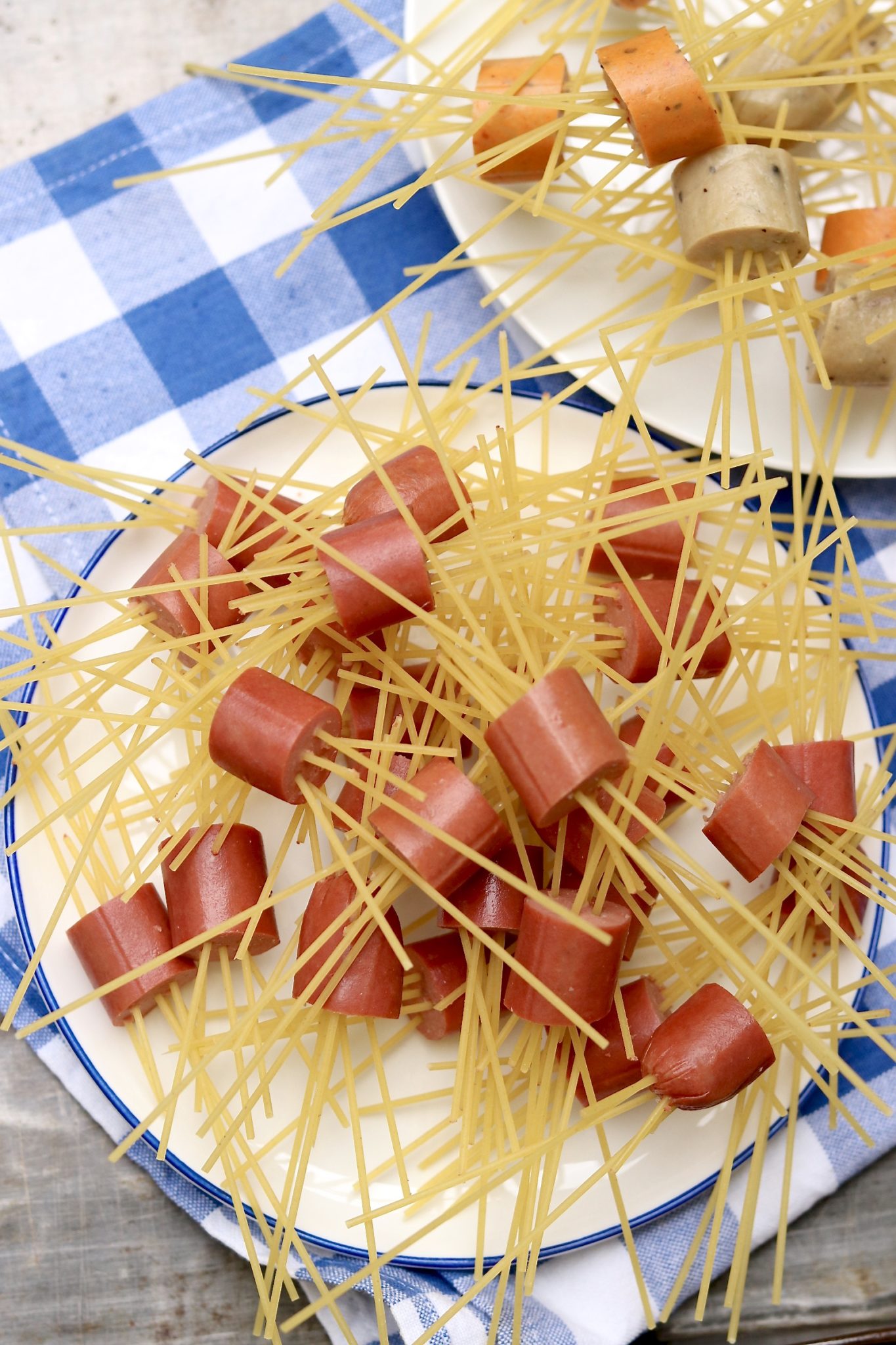 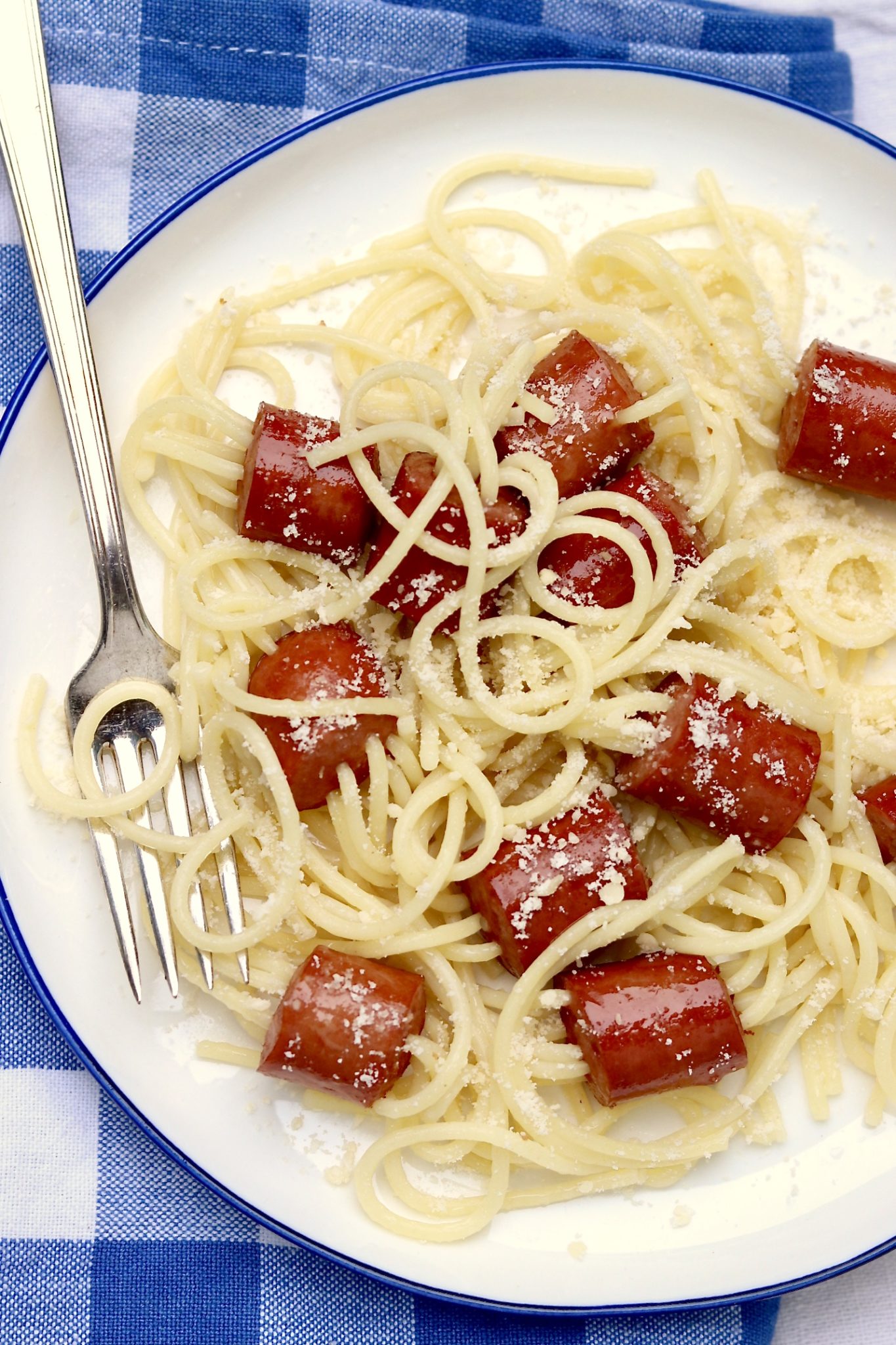 Candy Bag Brownies are a true crowd-pleaser and an ideal way to use the odds and ends. 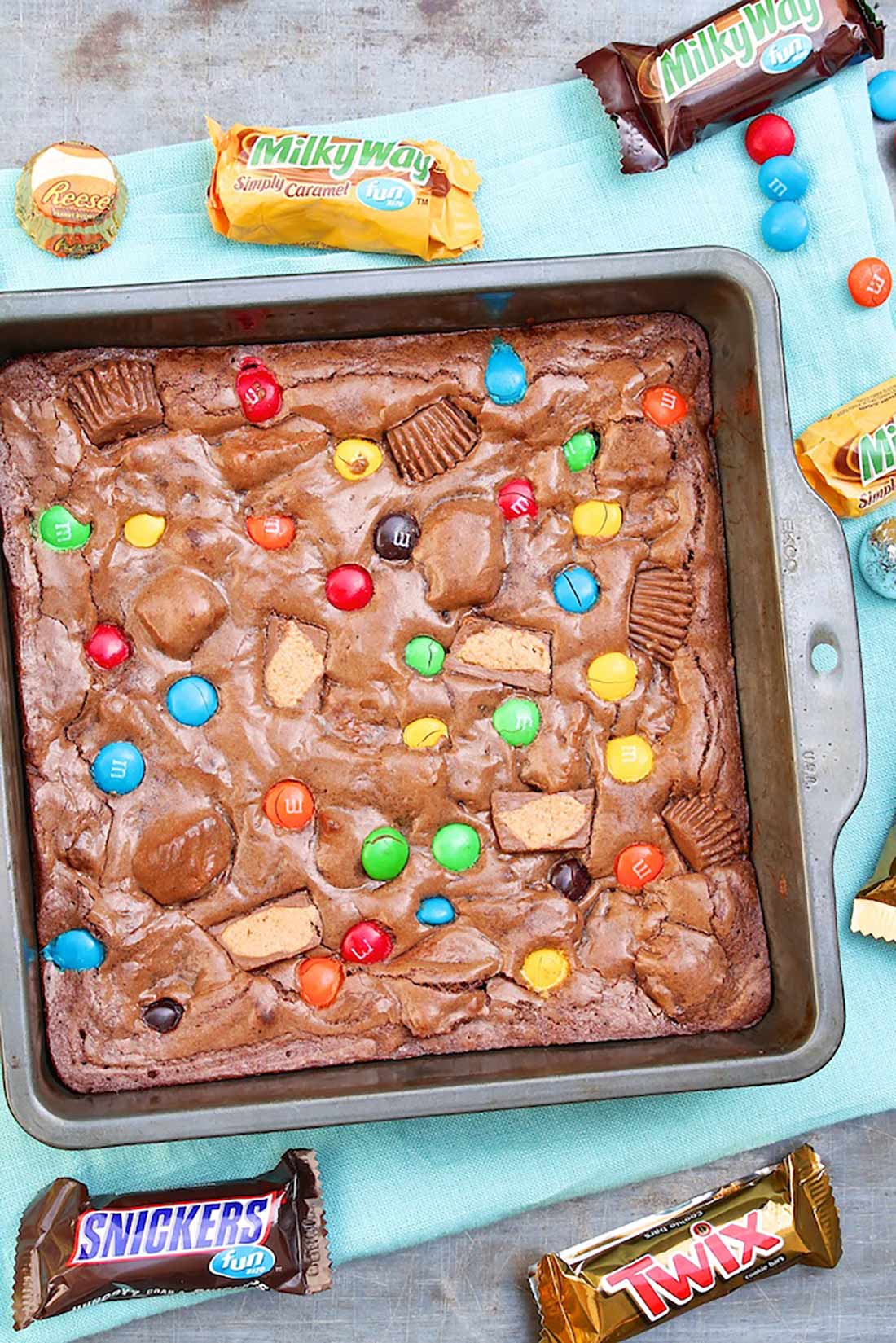 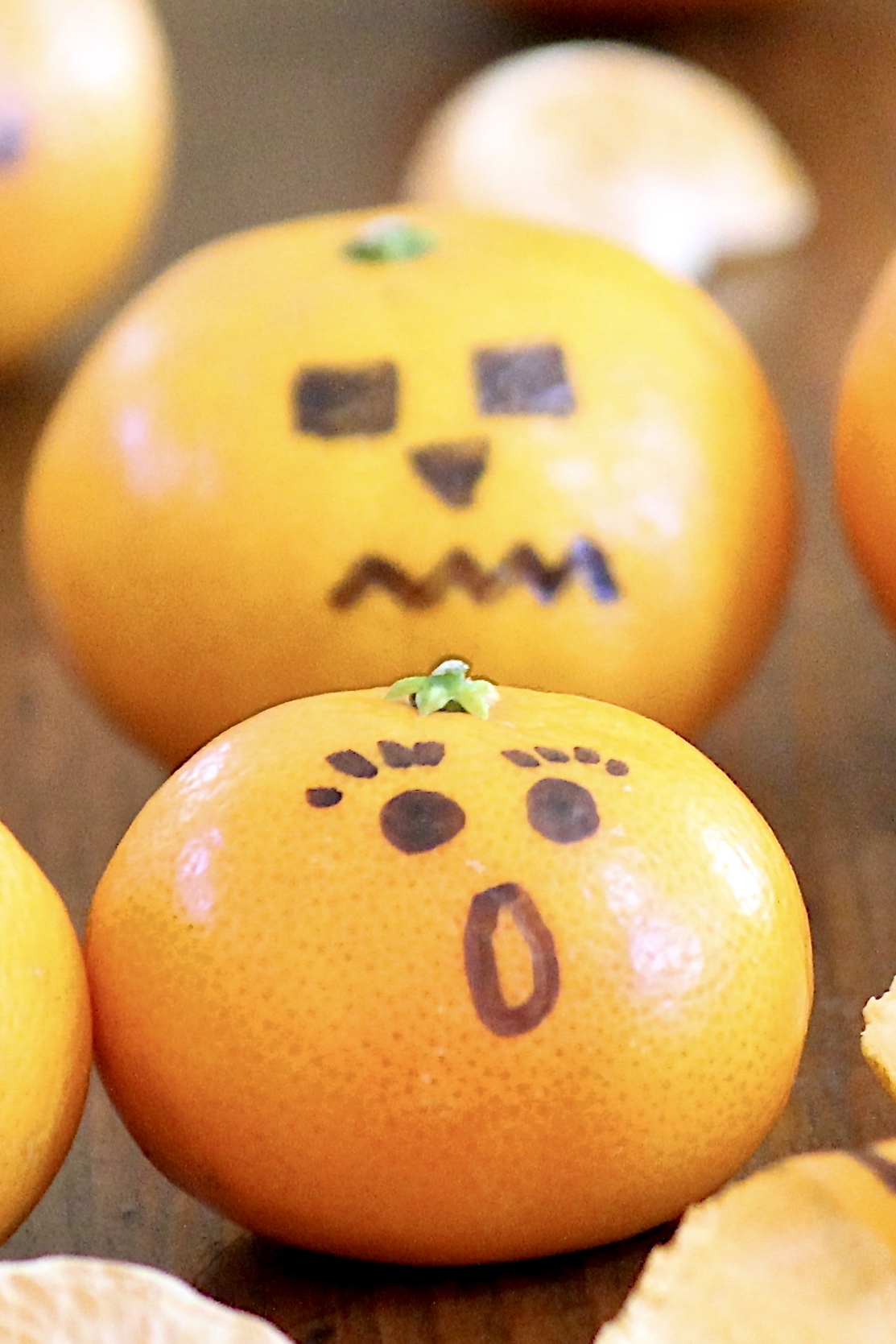