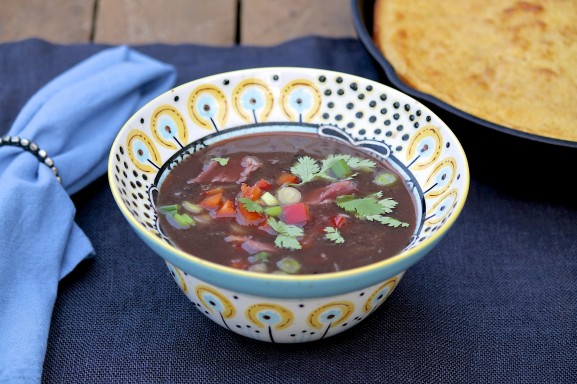 For years I, like many cooks, rarely measured ingredients.  We eat a lot of hearty soups, salads, and one-pot meals in our house, and this sort of cooking lends itself well to the “a-little-of-this-a-little-of-that” approach.

When I began sharing recipes through The Fountain Avenue Kitchen, however, I knew that I had to be precise.  When preparing a new recipe, people appreciate exact measurements. A “dash” or a “glug” leaves a lot of room for interpretation.  Weights can be helpful as the size of a potato or chicken breast, for example, can vary a lot.  And though the level of seasoning is largely a matter of personal preference, many like to see a specific amount of salt and pepper listed instead of “season to taste.”

Black bean soup is a dish that I have made often over the years, yet until recently I had no firm recipe.  So while this should have been an easy recipe to make, photograph, and include in this column, I ended up making it three times!

First, my husband kindly went to the grocery store for me and returned with something other than the necessary smoked ham hock.  I gave it a go with a stand-in for this key ingredient, but the flavor fell short.  (Smoked ham hocks are available in the meat aisle of most grocery stores and at Weaver’s at Central Market.)

The second time, I got the ham hock and adjusted the amount of liquid. As I finished simmering the soup in my usual way–on the stovetop–it occurred to me that many people might prefer to use a slow cooker for this recipe.

Knowing that this version may require less liquid to achieve the same consistency, I made the soup one more time.  (I did space out the batches and am happy to report that my family never tired of it!)  To simplify the slow cooker preparation, I skipped the initial step of sautéing the vegetables.  As it turned out, there was no perceptible loss of flavor with this helpful shortcut.  I love it when easy and delicious go hand-in-hand.

Another timesaving tip I often employ is to chop the veggies–in this case the onion, celery, jalapeño, and garlic–ahead of time and store in a covered bowl or plastic bag in the fridge.  The last time I made this soup, I wanted to start it in the morning before I left home, so I chopped the veggies the night before.  I also covered the beans with water and soaked them overnight.  In the morning, two minutes was all it took to throw everything into the slow cooker, turn it on, and head out the door.

Cuban Black Bean Soup
Hearty yet so healthy, this soup is a favorite in my family for its incredible flavor. I also love it for the ease of preparation as well as the leftovers, which improve with age. If the soup is finished cooking before dinner, I allow it sit at room temperature for up to two hours so the flavors meld and the soup thickens slightly. Then I turn the slow cooker or stove back on to rewarm when we are ready to eat. Although the soup is delightful without a single garnish, it lends itself well to a smorgasbord of toppings if you wish. The bevy of options makes this a fun, casual meal when entertaining. A side of cornbread pairs quite well, too. Yields around 8 servings (2+ quarts).
Print
Ingredients
Instructions
Notes
Tried this recipe?Post a picture on instagram and we will repost it! Mention @fountainavenuekitchen or tag #fountainavenuekitchen!
The Fountain Avenue Kitchen https://fountainavenuekitchen.com/ 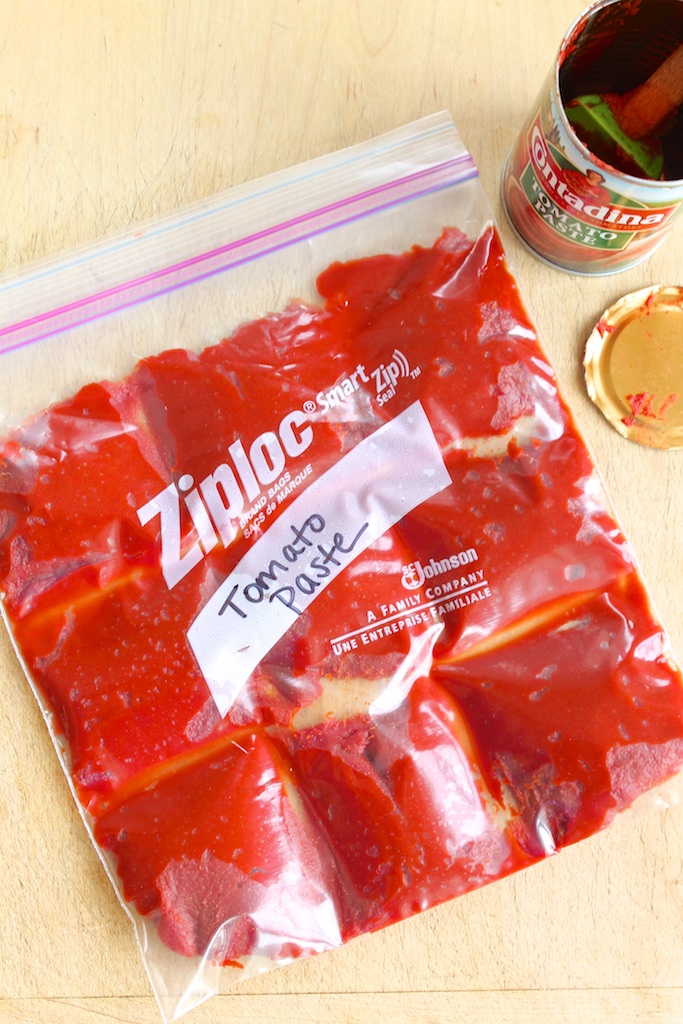 A great tip for leftover tomato paste:  Place the unused portion in a freezer bag and spread into approximately tablespoon-size portions with your fingers or a dull knife.  The paste is thick so it won’t run back together.  Freeze and break off portions as needed.  Note:  A 6-ounce can of tomato paste contains roughly 10 tablespoons. 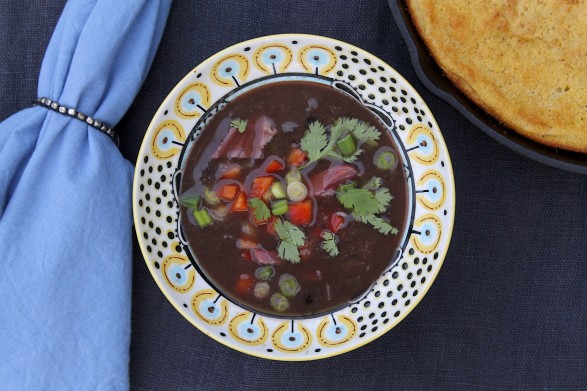