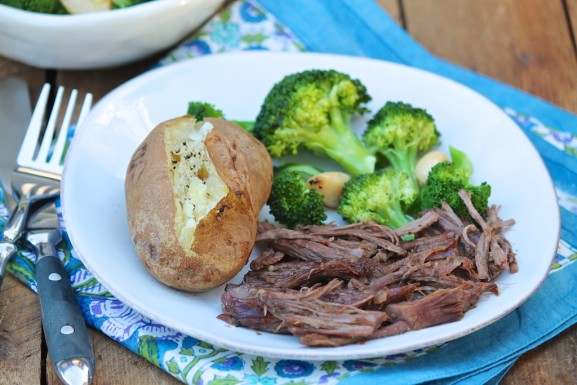 Flavorful, fork tender meat with ease…and your kitchen will smell amazing! This hands-off recipe has been a longtime favorite in our family, and it might just make the regular rotation at your house, too.

Last September, my husband and I celebrated our 20th anniversary. When I think about that number, it’s sort of shocking to me. Though I feel like college wasn’t that long ago, the years (and the fact that my older son is now driving) tell me otherwise!

In our early married years, we often had big family dinners at my in-laws’ house, and my mother-in-law frequently served a flavorful roast. The aroma never failed to awaken my senses as I walked in the door. If comfort food had a smell, her roast would be it.

I didn’t think much about it growing up—most likely because my own mom never failed to provide a delicious dinner—but we never ate roasts.

I was particularly taken with chuck roast and how it could be transformed into the most fork-tender, flavorful dish with minimal effort. My mother-in-law shared her favorite way of preparing this relatively inexpensive cut of meat and, to this day, it remains one of my favorite meals.

I’ve prepared this mouthwatering dish for dinner parties and casual family meals and passed the recipe on countless times.

For those who prefer, I have a DIY version of the Lipton onion soup mix, which serves as a dry rub, imparting amazing flavor into this humble piece of meat.

The following three-ingredient recipe is a crowd-pleaser any time of year but especially welcome on a cold winter weekend. The easy prep and the slow cook time is well suited to a lazy Sunday afternoon, and the warming aroma that wafts from your kitchen will make the even the most frigid day seem like no big deal.

When buying a roast, plan on a half pound of meat per person. This might seem like a hearty portion－and, if you’re lucky, you’ll have leftovers－but there’s a reason.

Meat consists of muscle, connective tissue, and fat. (Connective tissue is the general term for ligaments, tendons, and collagen that hold the muscle fibers together.) The most frequently used muscles contain a lot of the tough connective tissue and require a long, slow cooking method to break it down and essentially melt it away. Chuck roasts, as well as other cuts from a cow’s legs, chest, and rump, fall into this category.

When cooked at low heat for an extended period of time, the meat becomes tender and succulent and any residual fatty parts can easily be pulled away. The braising liquid takes on most of the fat, but it can be removed a couple of ways, as mentioned in the recipe notes. The remaining juice, or “au jus” as my mother-in-law always called it, is every bit as flavorful without the fat.

My mother-in-law frequently served this roast with a side of cheese grits, although the beef is equally delicious spooned over rice or potatoes, which serve as a sponge for all those savory juices. A green vegetable or simple salad rounds out the meal beautifully.

Leftovers are delicious as is, but when shredded and added to a simple vegetable or mushroom barley soup, they add flavor magic to the recipe. 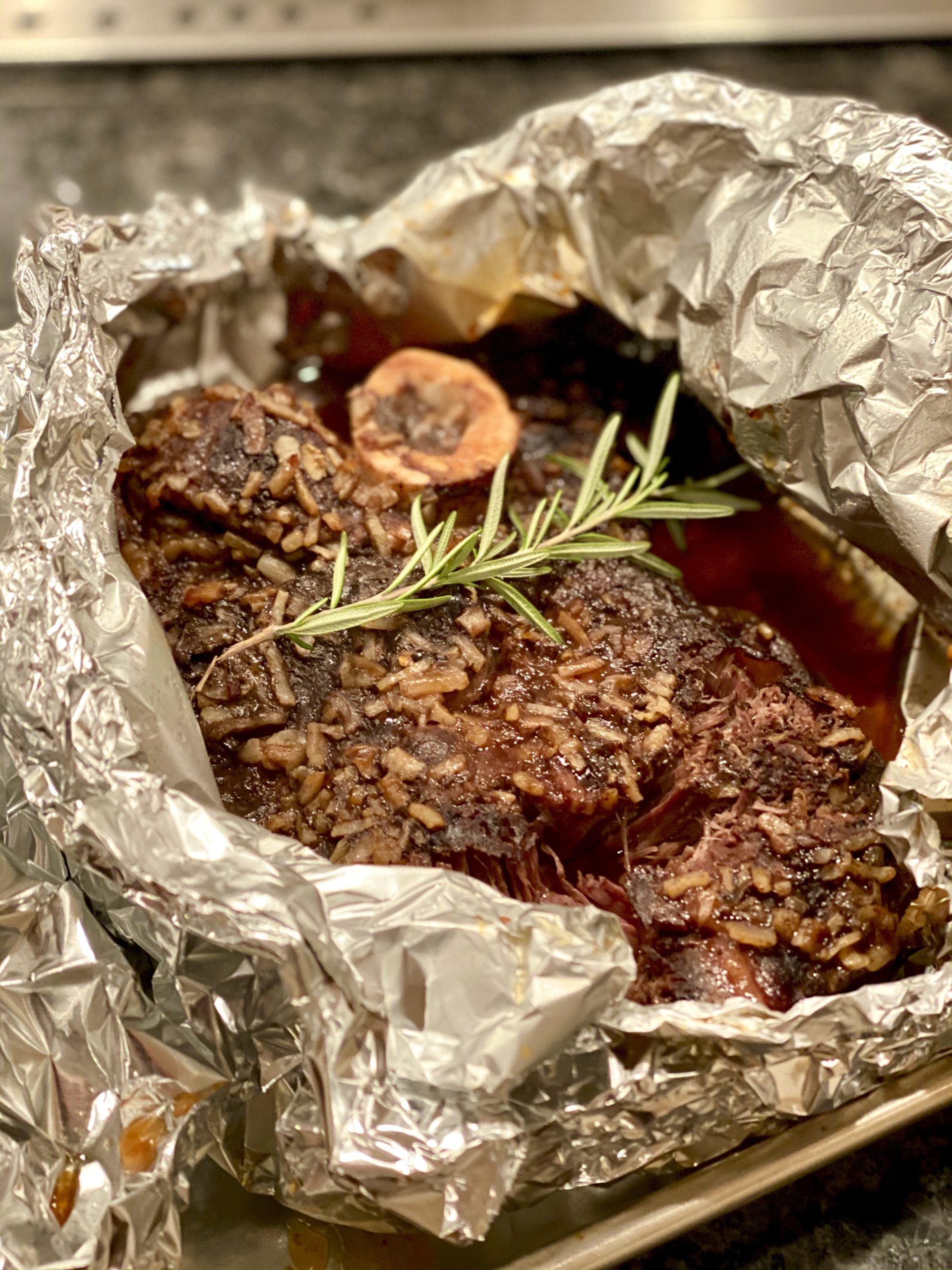 Which cut of meat is the best? 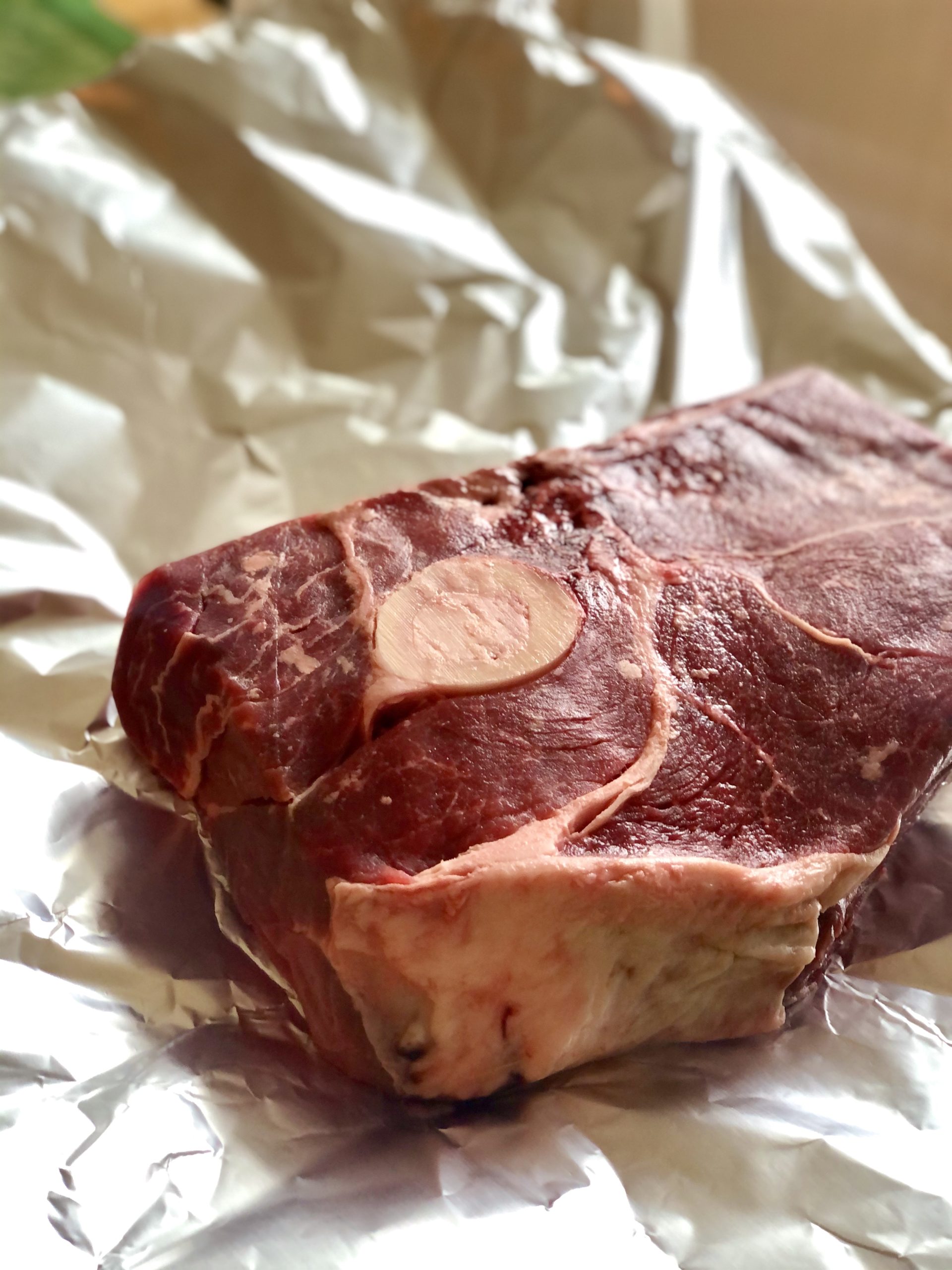 The soup mix, either store-bought or homemade, acts as a dry rub and imparts incredible flavor as the roast transforms into juicy, fall-apart-tender meat. A light coating of olive oil helps the mix cling to the meat. 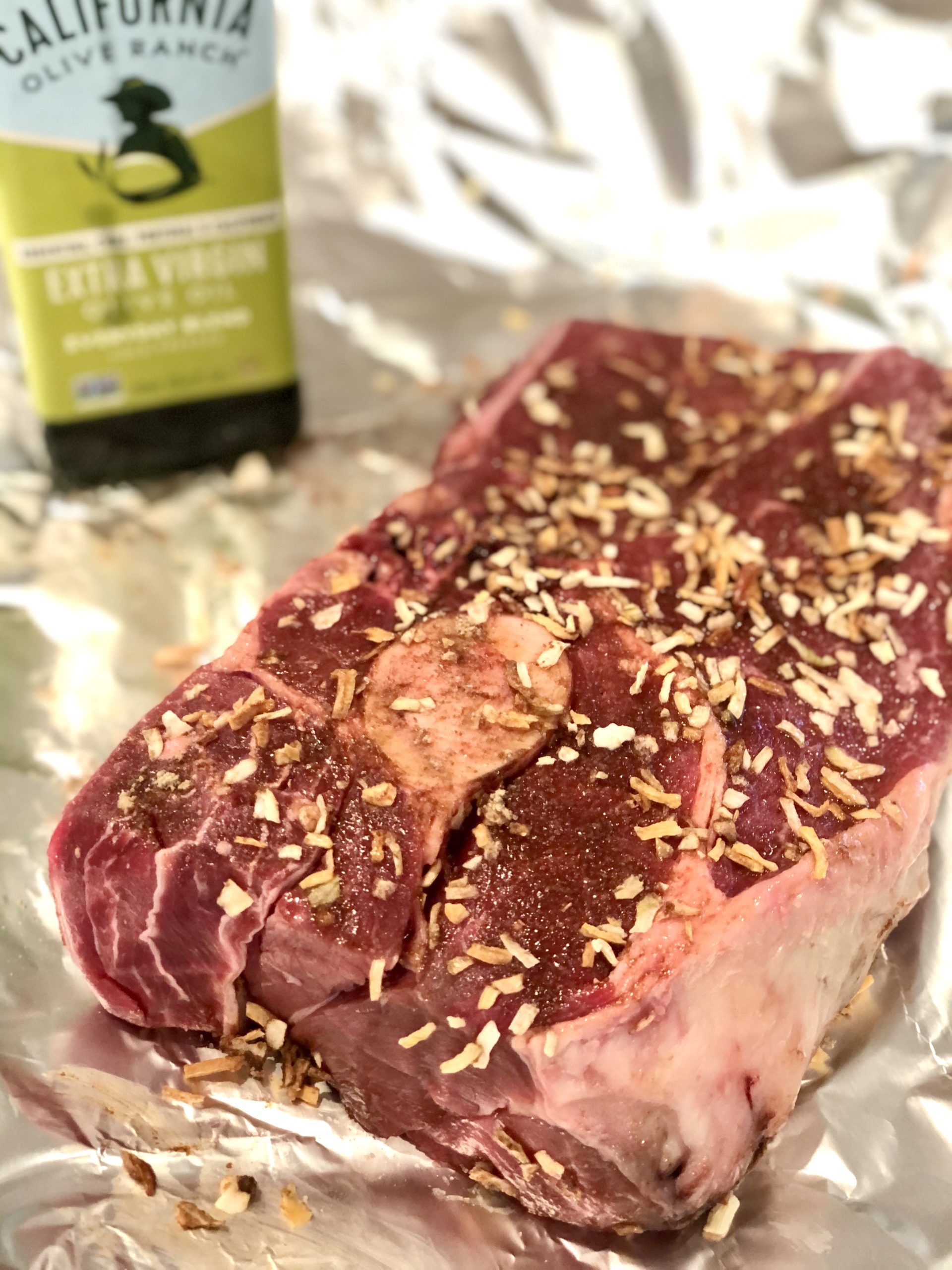 The photo above shows a bone-in cut while the one below is boneless. Either option works well. Though chuck roast is my go-to, I recently used a shoulder roast with excellent results. 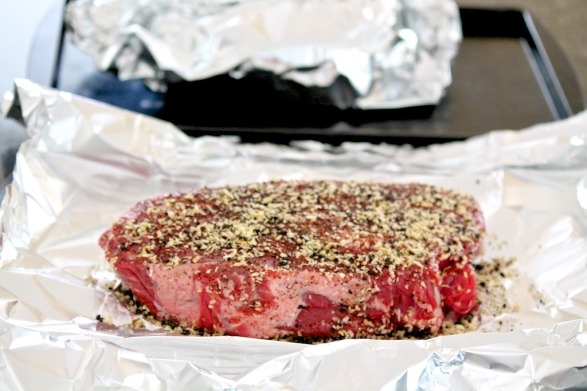 Use heavy-duty foil (or a double layer or regular foil) to form a packet. This will lock in the flavorful juices that cook out of the roast. These natural juices flavor and tenderize the meat as it cooks and are delicious for drizzling later. The packet makes for easy cleanup, too! 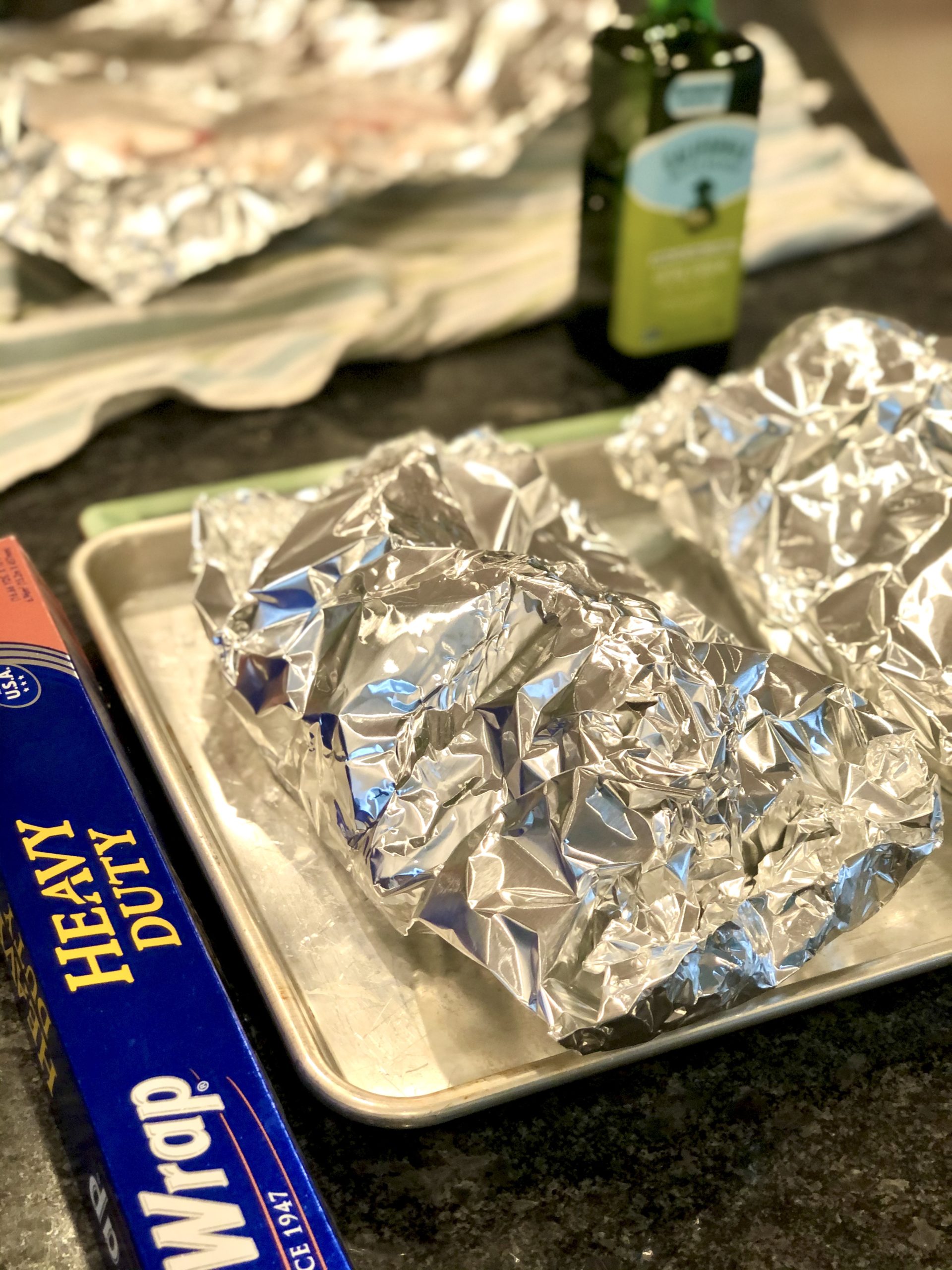 When doubling the recipe, I place the roasts in separate packets and lay them side-by-side on the rimmed baking sheet. 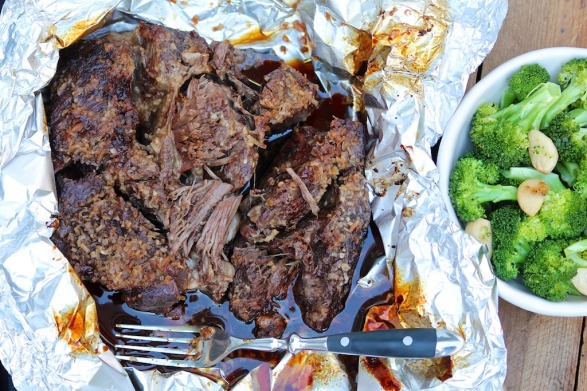 The cooked meat is tender, juicy, brimming with flavor, and shreds beautifully. Leftover meat is delicious simply reheated or stirred into soups, stews, and sauces. 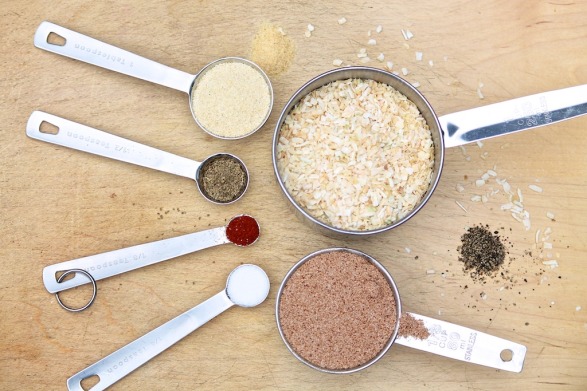 Click here for a copycat version of Lipton’s onion soup mix. I typically use the Lipton mix but created this recipe years ago for those who preferred a DIY alternative.

Easy Chuck Roast in Foil
There is no need to brown the meat first, adding to the incredible ease of this slow cooking, incredibly tender roast. Although not critical, heavy-duty foil is helpful. It’s longer than the standard roll, which makes it easier to encase the roast and prevent leaking of the delicious juices that form during the long stint in the oven.

* Sometimes I cook two smaller (approximately 2½ pound) chuck roasts, placing them in separate foil packages. In this case, I typically use about half of a second packet of soup mix to lightly coat both sides of the two roasts.

** This dish is delicious leftover and may easily be prepared in advance. Because the roast’s fat and connective tissue break down and melt away during the slow cooking process, the pan juices do become fatty. As the juices cool in the refrigerator, the fat will rise to the top and harden, at which point it can be easily scraped off the top. The remaining juices will be every bit as flavorful without the fat. For those who like gadgets, a fat separator will do the job while the liquid is warm.

A few other oldies but goodies you may enjoy… 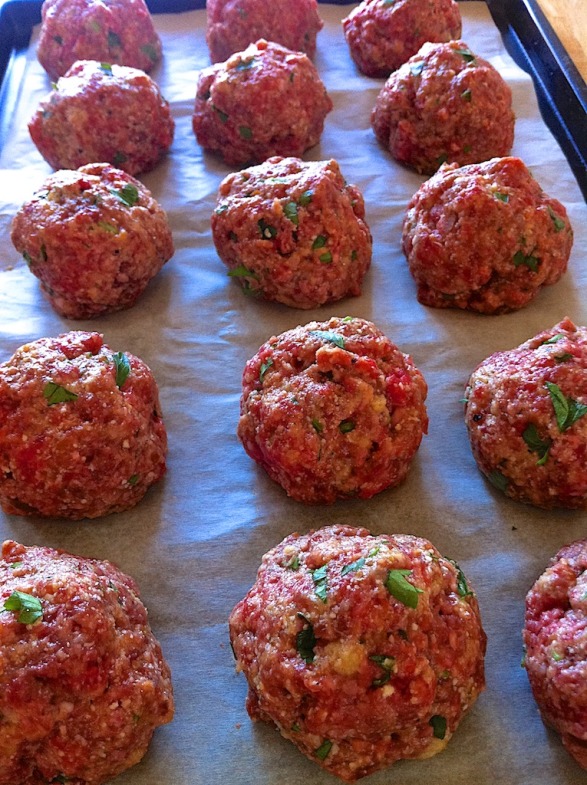 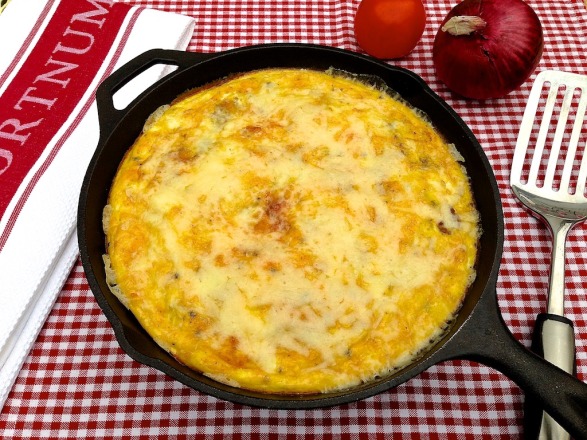 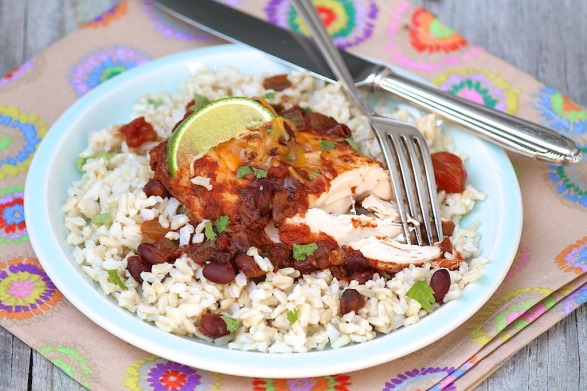