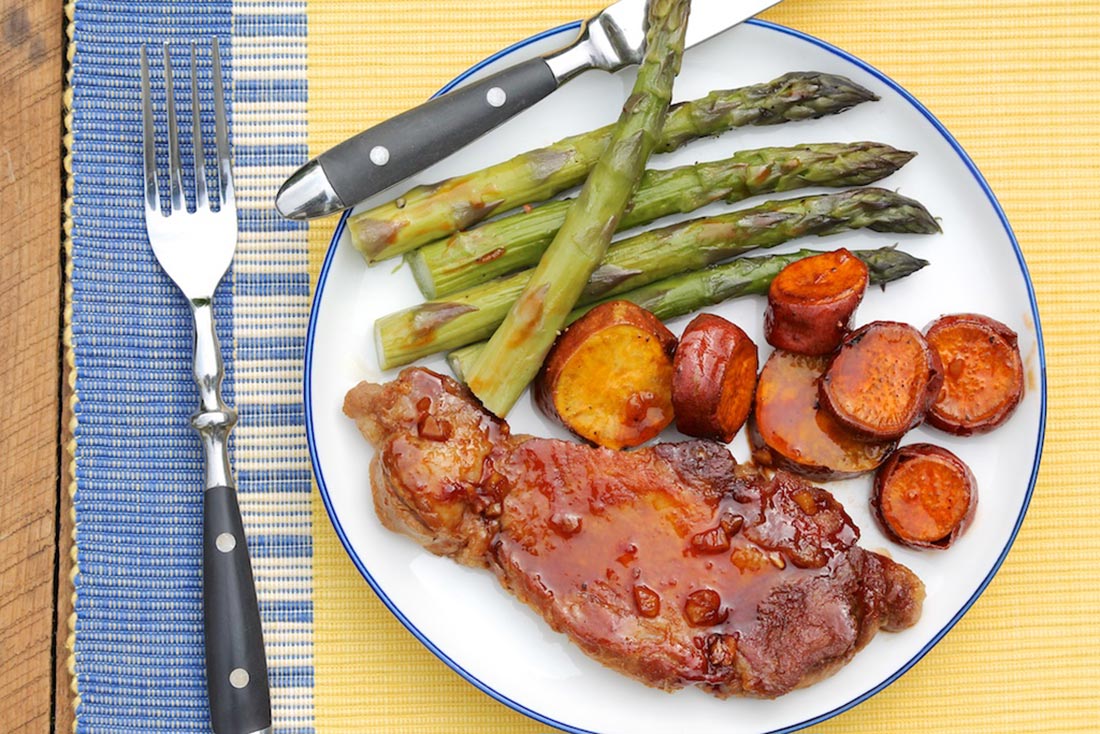 Saucy and bursting with crowd-pleasing Asian flavors, this recipe requires a short list of ingredients and cooks quickly!

Mother always knows best. Just because I’m in my forties with children of my own doesn’t mean my mom doesn’t occasionally offer some helpful advice.

Like most kids, I didn’t exactly relish constructive criticism when I was young. But with age comes wisdom—at least I like to think so—and I find myself taking well-meaning suggestions to heart, even welcoming them.

Mom’s most recent tidbit came after she graciously proofread a piece of my writing. After pointing out a stroke or two of red ink, she lightly mentioned that my readers might appreciate a piece of meat in my next column.

It had, in fact, occurred to me that, after a long, hot summer, I had covered the warm weather bases quite well. There were fruity breakfasts, frozen treats, hearty salads and a variety of light meals. Grilled chicken made an appearance, and tuna said hello, but many of the recipes were veggie heavy. With fall upon us, mom thought some stick-to-your-ribs fare was in order.

Further steering my choice, a reader recently emailed to ask if I had a favorite pork recipe. She was trying to break out of her oft-repeated chicken habit and noted that my website was a tad short in the pork department.

Because pork chops are quick cooking and can be a delicious source of lean protein, they do make regular weeknight appearances at our house. My usual way of preparing them is on the stovetop. After a quick sear on both sides, I add some sort of sauce to add moisture, flavor, and in the case of the following recipe, an Asian twist.

The only challenge to this recipe is cooking the pork to the point of doneness without overdoing it. An overcooked pork chop will be dry, whereas one that’s cooked to the correct internal temperature will be full of juicy flavor. My best tip is to use a quick-read thermometer and cook until the pork reaches 145 degrees F. By relying on temperature instead of time, you can use any thickness chop you like, bone-in or boneless, and have a perfect result every time.

For added convenience, the sauce can be mixed in advance in a few short minutes. When dinnertime rolls around, the remaining cook time is quick. I keep a few 8-ounce cartons of chicken broth on hand with this meal in mind. After using the requisite half cup, I place the remaining half cup (still in the box) in the freezer for the next time.

Four pork chops fit well in a 12-inch skillet. Lately, my younger son has been requesting two. There will be sufficient sauce for an extra chop. In that case, you’ll likely need a pan with a 14-inch diameter—or brown the pork in two batches.

The extra sauce adds great flavor to grains and veggies for an instant upgrade to a variety of side dishes–think rice, sweet potatoes, broccoli, etc. 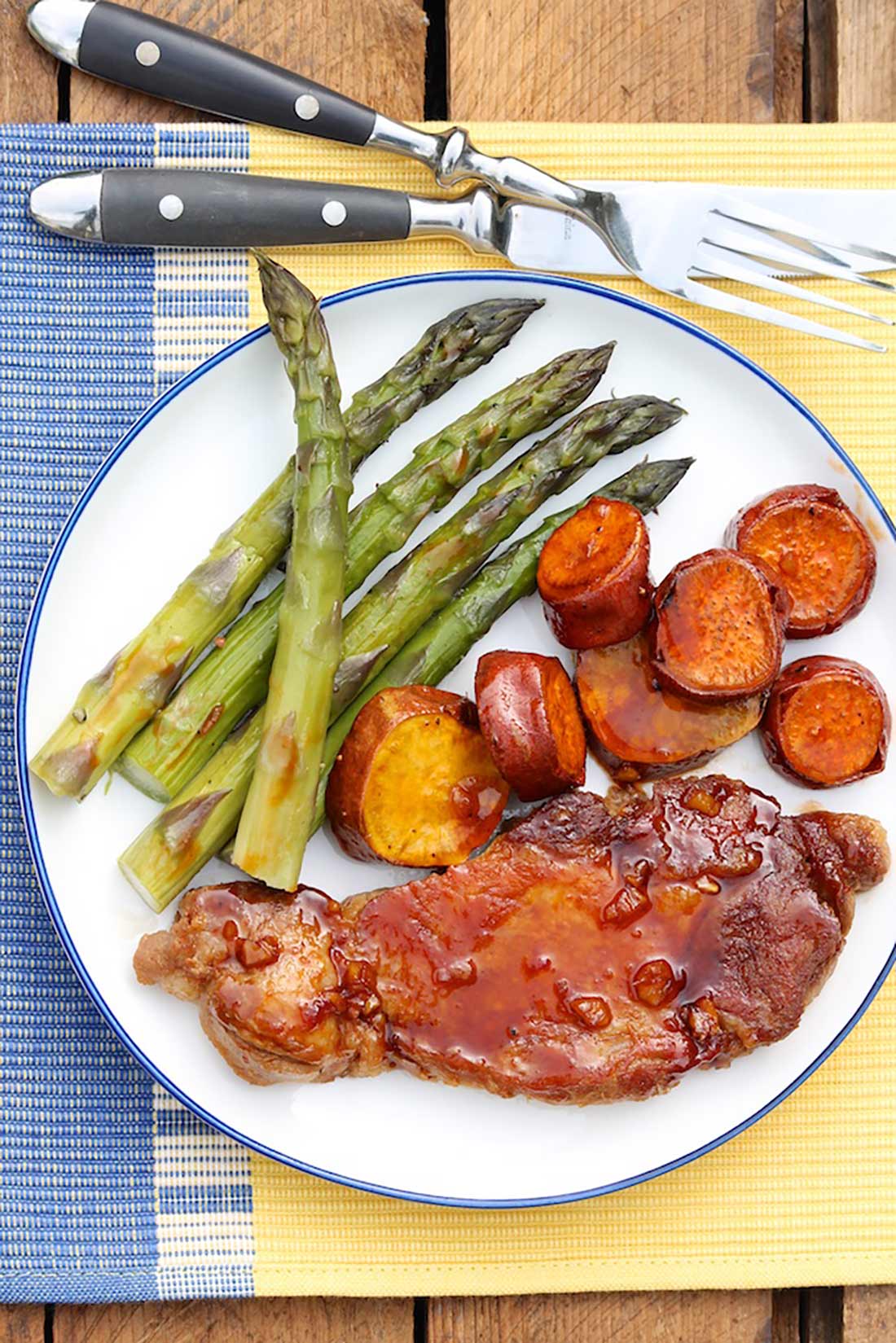 Saucy with crowd-pleasing Asian flavors, this recipe requires a short list of ingredients and cooks quickly!