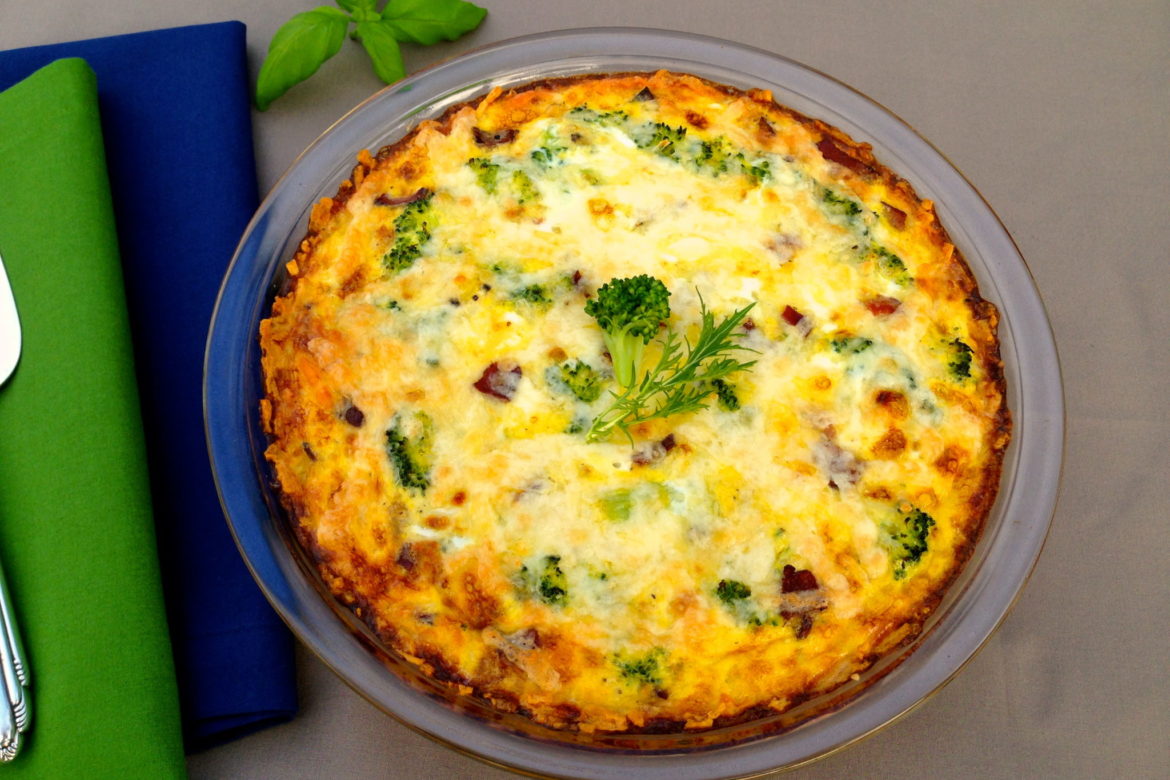 All-in-one meals that come together quickly and easily make me a happy cook.  I think many busy people appreciate them as much as I do!  When the recipes offer great flavor and versatility, they often become staples.  For me, this is one of those meals.

The crust itself is simple yet surprisingly tasty. Shredded cheese flavors the potatoes–no butter or additional fat needed–while the eggs serve as a binder and enhance the texture. Whereas a flour crust can become mushy when wet ingredients are added, this base stands up quite well to various fillings.  What essentially began as a gluten-free alternative to a regular quiche crust has become a go-to base for many different recipes.

The recipe for Egg Scramble in a Cheddar Hash Brown Crust came to be one night when I planned on making this meal.  As it turned out, the bag of frozen broccoli I was certain I had in my freezer was nowhere to be found.  There was no spinach for an easy substitute either. Feel free to use what you have on hand and a little imagination to create variations of either recipe.  Think about your favorite omelet fillings as a starting point…and let me know if you hit upon a keeper! 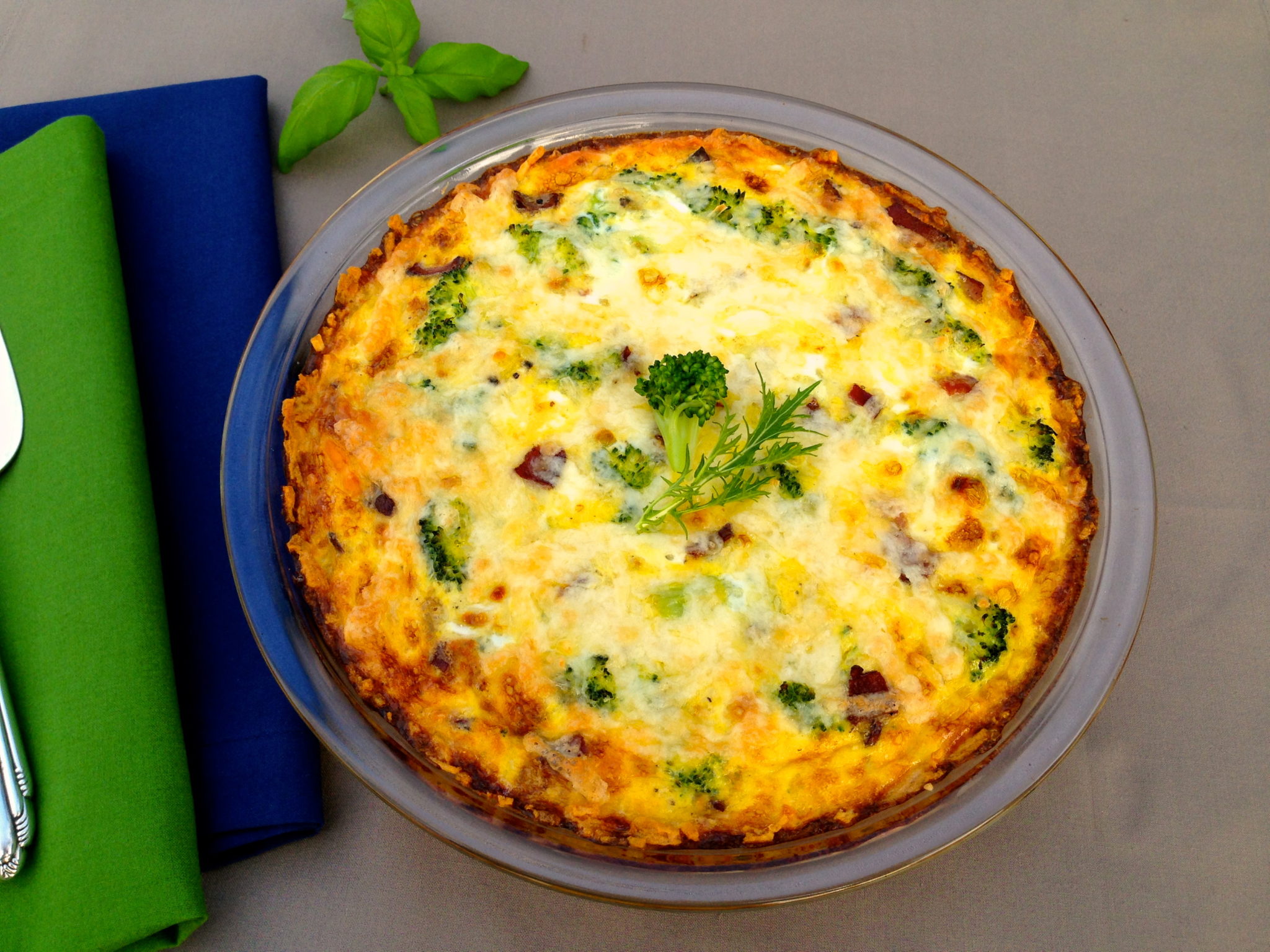 Potato Crusted Broccoli and Bacon Frittata
This is one of those meals I throw together in pieces, sometimes baking the crust earlier in the day, steaming the broccoli in advance or using leftover broccoli from the night before. If you don’t have bacon, you could substitute ham or use sautéed mushrooms for a vegetarian version. Use caution when adding extra vegetables, however, so you don’t run out of room for the egg mixture. As an option, you could double the recipe and prepare in a 9×13 pan, increasing the baking time as needed. Yields 4-6 servings
Print
Ingredients
Instructions
Notes
The Fountain Avenue Kitchen https://fountainavenuekitchen.com/ 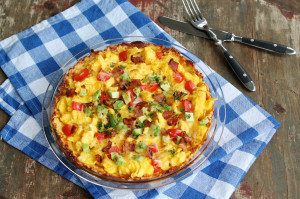