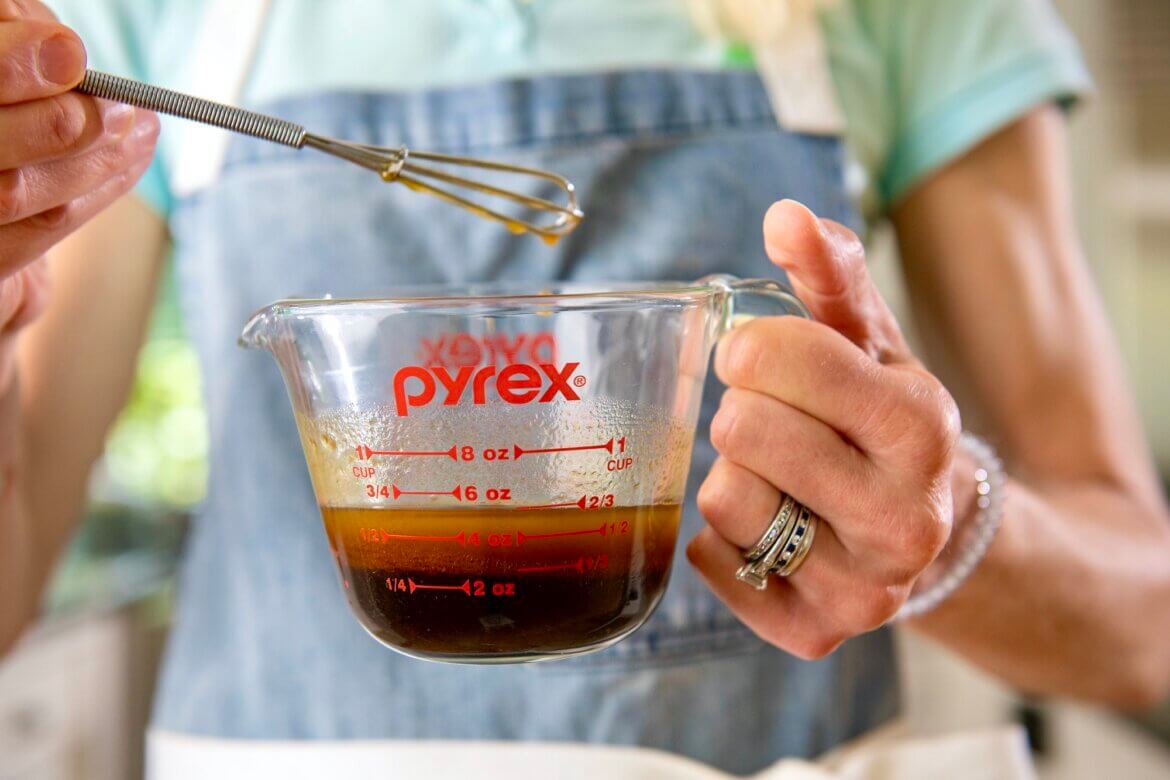 This may be the easiest, tastiest, and most versatile marinade you’ve ever tried, and all you need is equal parts of three basic ingredients. (Video included!)

This is perhaps the easiest marinade ever. Even better, this recipe demonstrates how three basic ingredients can be the foundation for a multitude of meals that are doable enough for weeknight dinners yet entirely worthy of company.

After enjoying the most delicious grilled chicken at our friend Dorothy’s house years ago, I asked her what she put in the marinade that made the chicken taste so good.

I was expecting a long list of hard-to-find ingredients.

There was no need to write anything down.

The recipe, which tasted like a complex combination of Asian ingredients, was simply equal parts lemon juice, olive oil, and soy sauce. 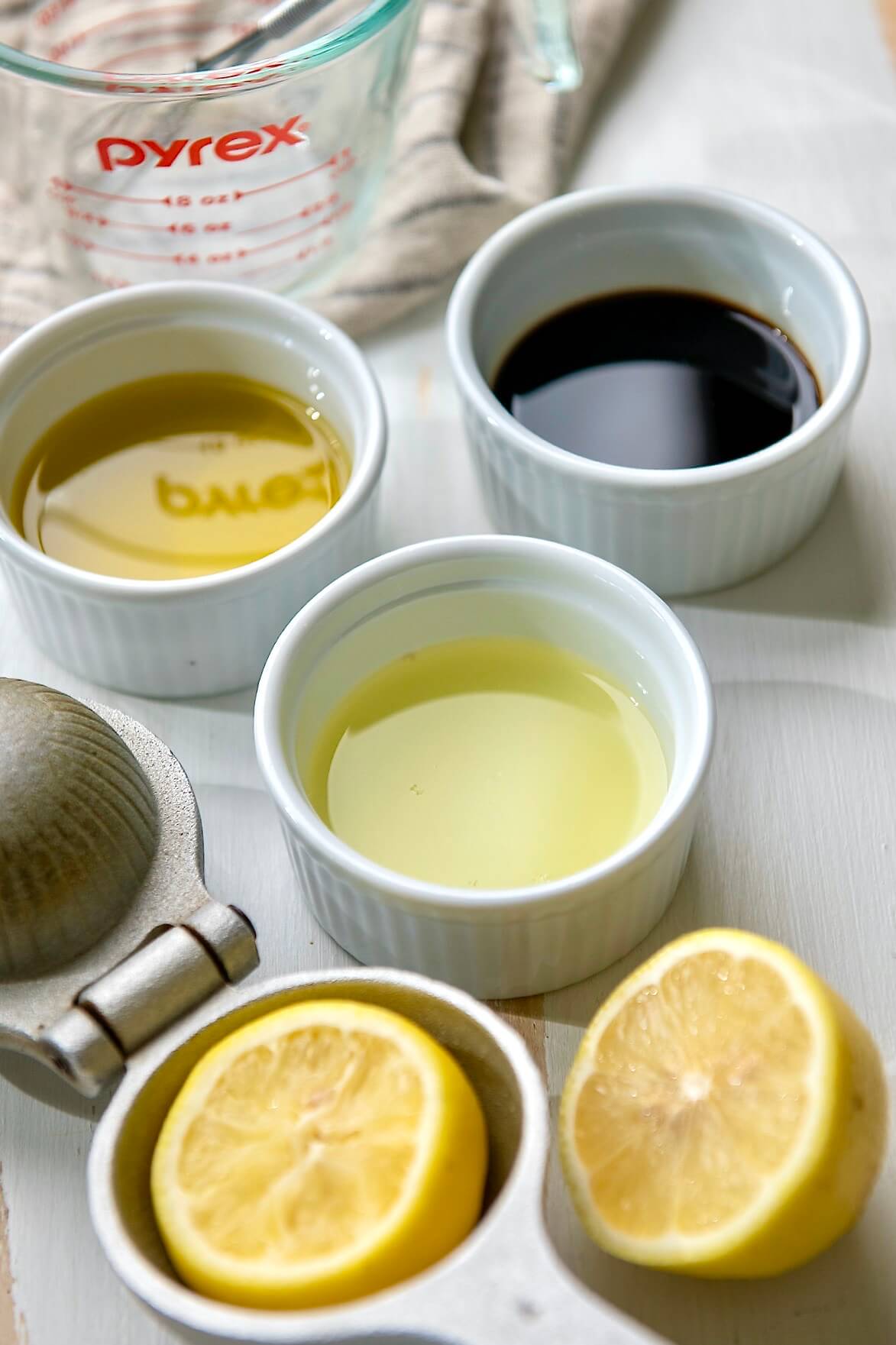 Over the years, this marinade has proven to be as versatile as it is easy. I have used it innumerable times for grilled vegetables, seafood, and pork as well as the chicken that initially wowed us. (For those who are interested, Donovan and I made a quick video.↓↓)

Over the years, I have also passed along Dorothy’s culinary masterpiece to countless new fans who are consistently delighted by its flavor and amazed by its simplicity. (Full disclosure, Dorothy recently told me that her sister, Martha, was the original source of the recipe all those years ago.)

Most recently, my father, who dare I say never mixed up a marinade before, started preparing this recipe.

And prior to a family dinner where I planned to serve “a third-a third-a third” salmon, my sister-in-law, Melissa, suggested a subtle sesame flavor might compliment the fish. Indeed, a small addition of sesame oil enhances the Asian flavor, and this variation has become a regular in the rotation.⇩⇩ 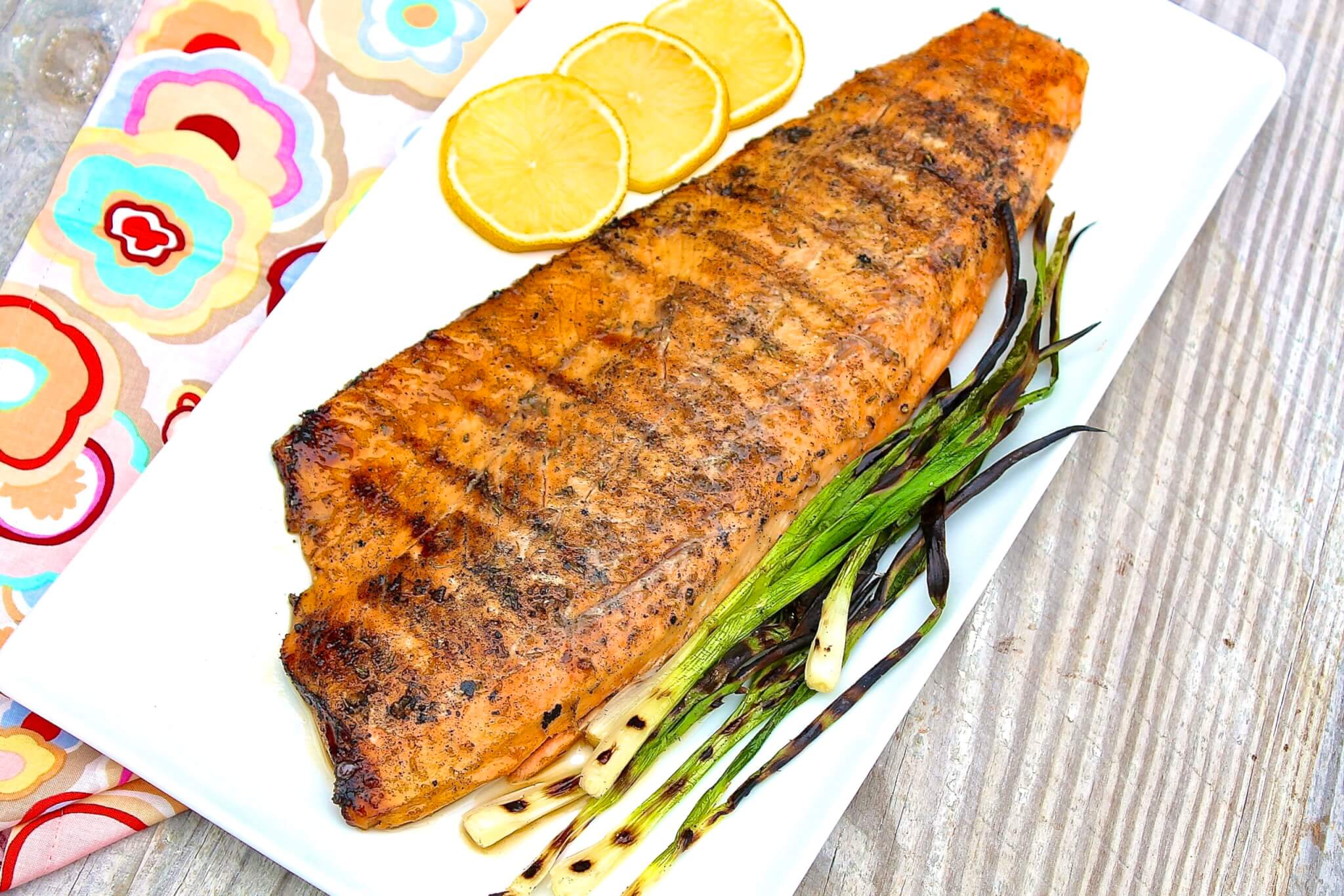 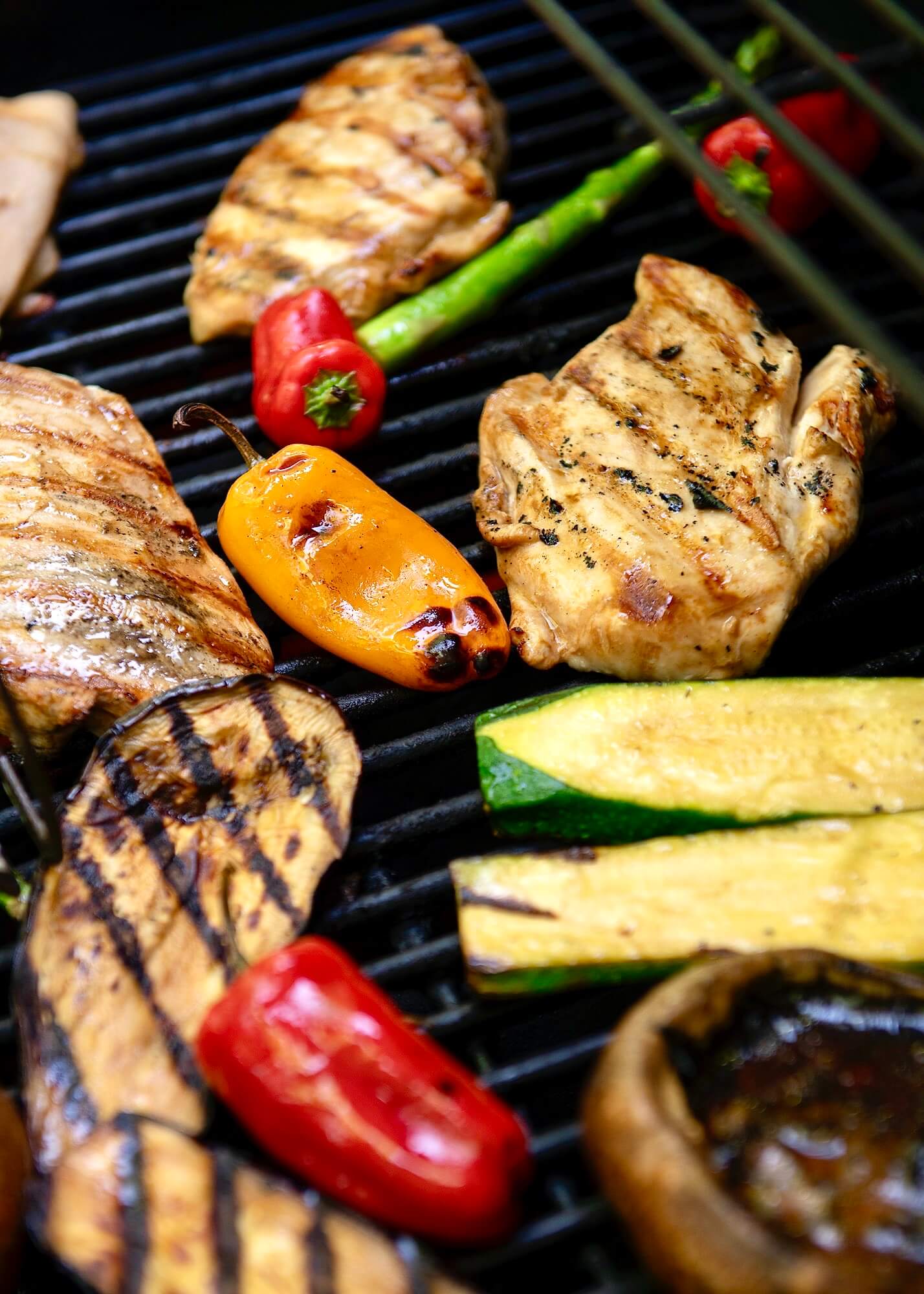 Adding vegetables to the mix creates a complete meal with ease. Scallions, as shown with the salmon, have been an unexpected hit over the years. Other favorites include zucchini, portobellos, onions, and eggplant. More recently, I’ve been buying mini bell peppers. The bite-size peppers can be grilled whole, need not be seeded, and are deliciously sweet.

How much marinade do I need?

As a general rule, plan on ½ cup liquid for every pound of meat. When I grill four chicken breasts, I often use ¼ cup of each, which is more than enough to marinate them in a bowl or zip-top bag.

How long should I marinate chicken?

I like to marinate chicken for at least a few hours and up to all day. I’ve also allowed chicken to steep in this mixture overnight many times with great results.

If you occasionally notice areas of the chicken that appear cooked after extended marinating, do not worry. Acidic ingredients, like lemon juice, can cause this, but you should still have very good results if you simply cook the chicken to temperature, as usual.

How long should I marinate seafood?

I generally marinate shrimp, salmon, tuna, and other fish for at least 30 minutes and up to two hours.

Vegetables should be allowed to steep for at least 30 minutes, if possible, and up to several hours.

Do I need to baste when grilling?

With this recipe, I usually don’t bother, but my husband does when he’s at the grill. If you do, you may notice the flavor of the finished chicken (or vegetables and other meats) is a touch bolder.

If you happen to create your own spin-off recipe, I would love to hear about it! 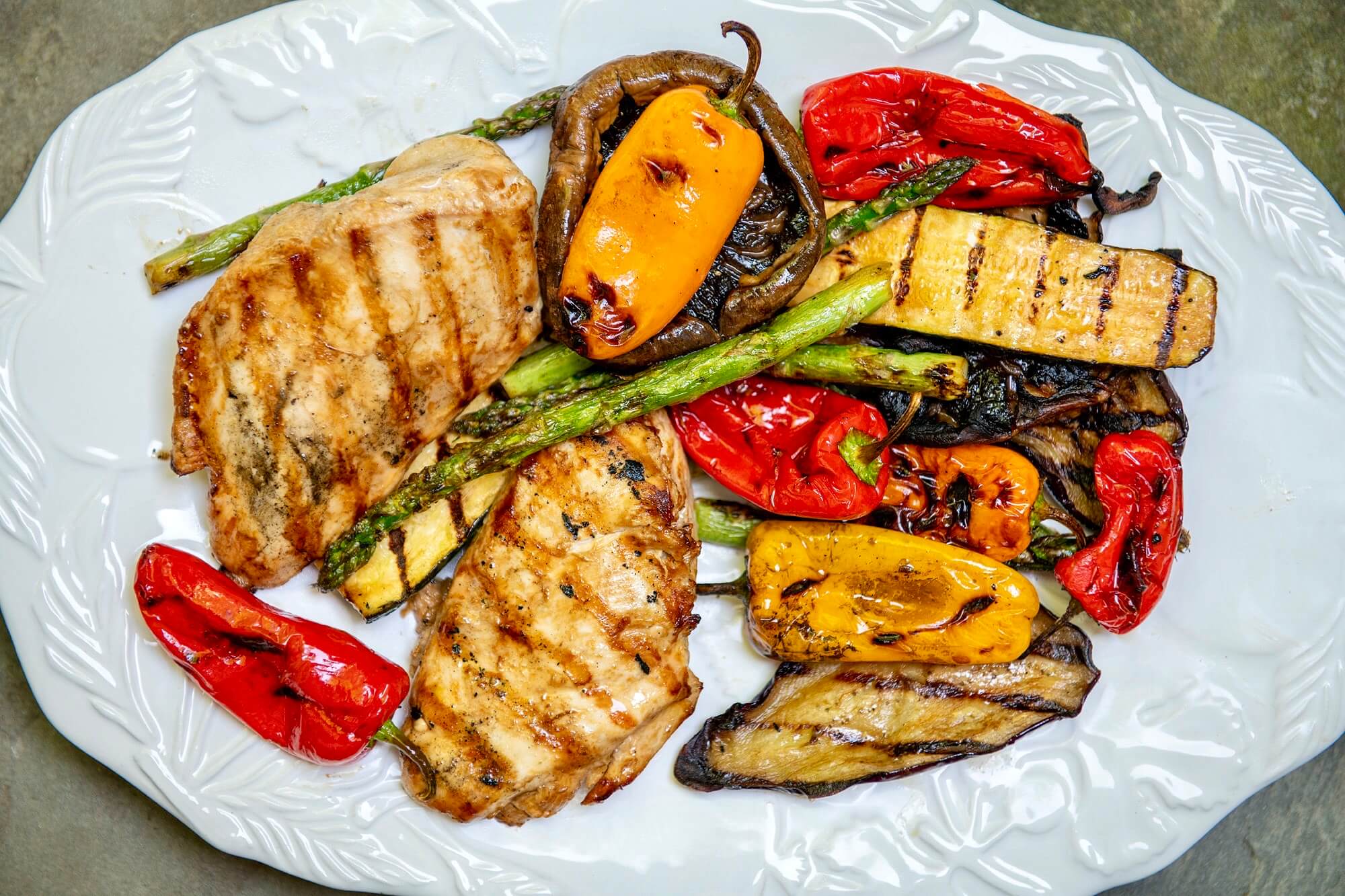 Simply follow the basic formula: use equal parts of each of the three ingredients, adding one tablespoon of sesame oil per cup of marinade if choosing the sesame variation. 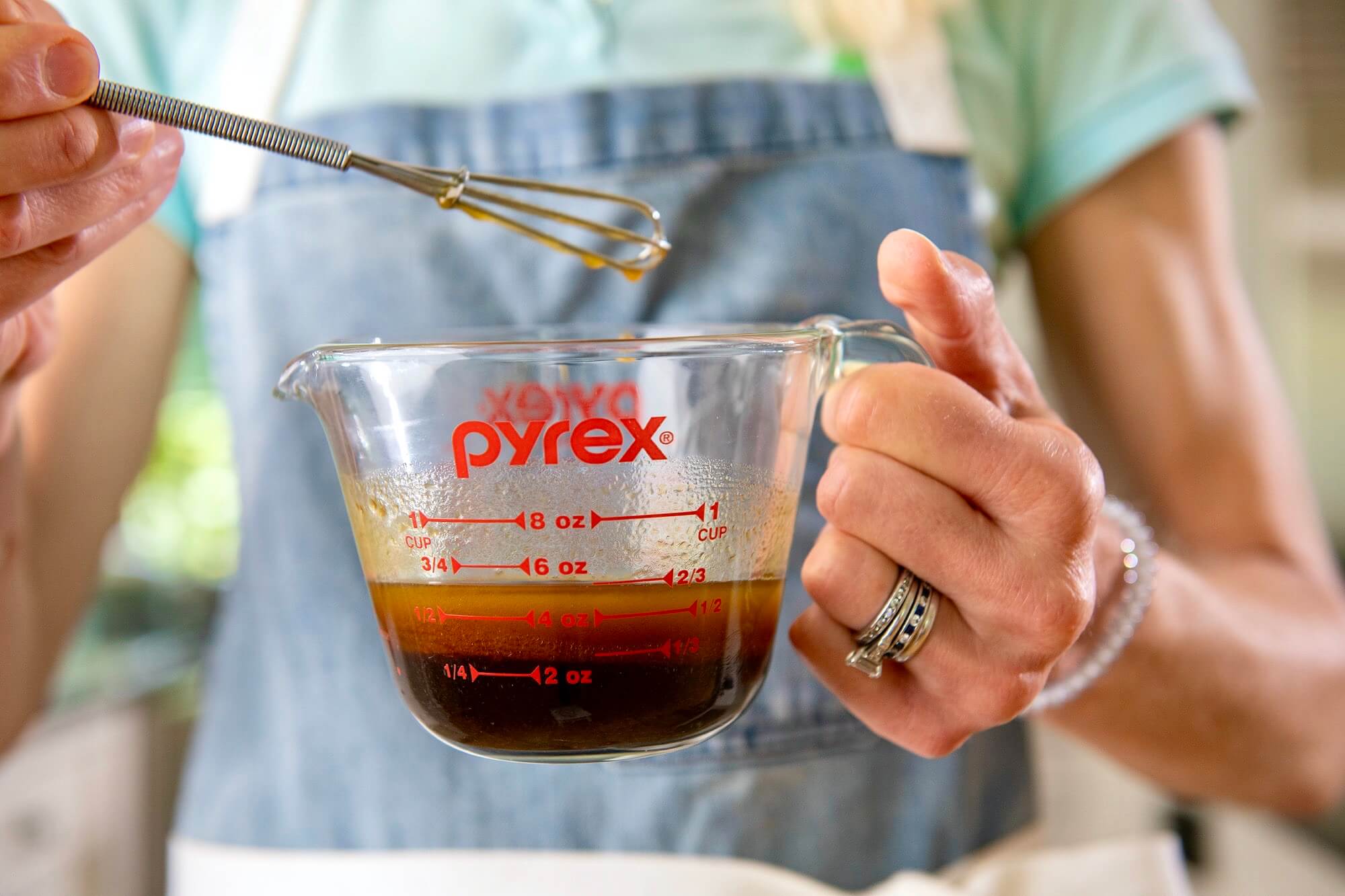 The Essential Marinade (equal parts of 3 easy ingredients)
One cup of marinade is a sufficient quantity for two pounds of chicken, seafood, pork, or flank steak. This marinade also works beautifully for vegetables like zucchini, summer squash, onions, portobello mushrooms, bell peppers, and eggplant. A zip-top bag allows the liquid to flow freely around the food; if using a bowl, a slightly larger quantity of marinade may be required to evenly coat.
Print
Ingredients
Instructions

Mix all ingredients together and use as a marinade for chicken, salmon, tuna, pork, flank steak, and/or your favorite vegetables for grilling. Simply make any quantity needed based on the amount of food to be grilled. As a general rule, plan on about ½ cup of marinade for every pound of meat.

Prior to grilling, allow chicken, pork, and steak to marinate in the refrigerator for at least several hours and up to all day. Seafood and vegetables are best soaked for at least 20-30 minutes but not more than two hours. Occasionally flipping the bag (or turning over the items in the bowl, if using) will redistribute the liquid throughout the items being marinated.

I have tried this recipe using lime juice instead of the lemon juice. Lemon juice is my preference, although lime could be substituted if that is what you have on hand.

Photos from meals gone by… 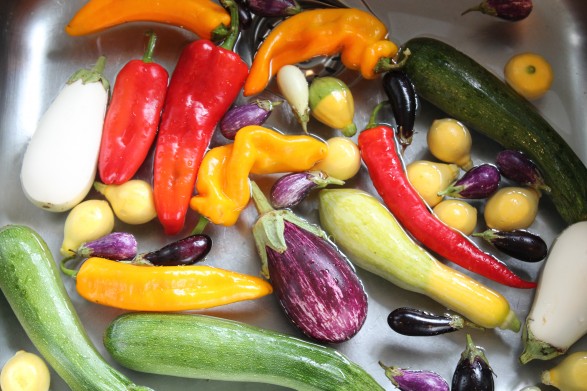 For an delicious and easy side, prepare extra marinade and marinate your favorite vegetables for 30 minutes to two hours prior to grilling. Though they aren’t pictured in this batch, portobello mushrooms and onions are my favorites. 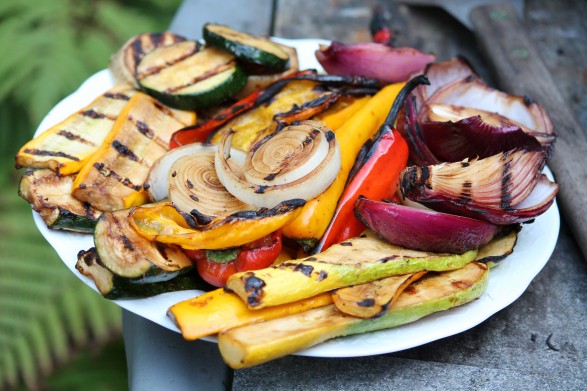 Prepare extra veggies and then enjoy the leftovers in a satisfying Grilled “Veggiewich”! 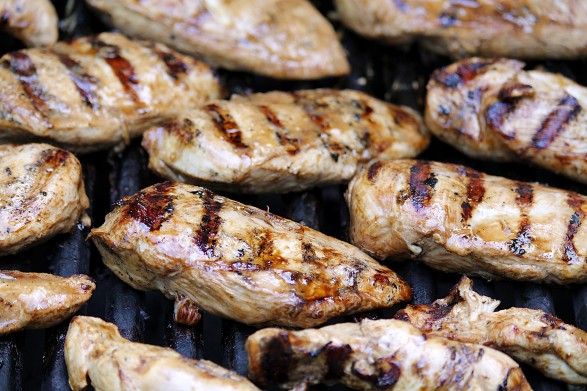 Have leftover chicken? It’s delicious as is, and it also makes an extra flavorful chicken salad, like this Summer Breeze Chicken Salad.