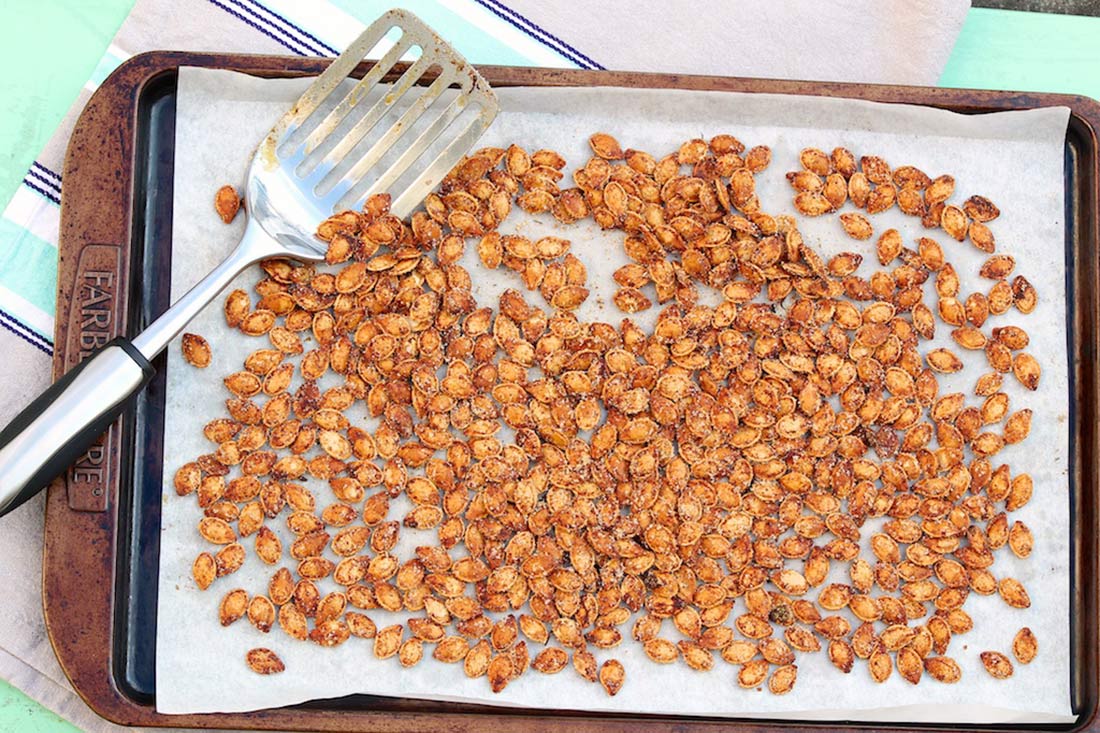 As we were picking pumpkins last weekend, my older son commented that this may be his last year carving pumpkins.  I firmly believe that one is never too old to carve pumpkins, but next year he will likely be in college during our annual family ritual.  (Boo hoo!)

I’m pretty sure there will be a care package sent to wherever he ends up (he’s just starting to work on the applications) that includes a batch of roasted seeds.  The classic salted version has been a favorite fall snack at our house for years.  More recently, we’ve also enjoyed a lightly sweet alternative.

For several years, I used my Spiced Pecan recipe as the starting point, thinking that a simple swap of nuts for seeds would be a sure thing.  After a little tweaking, I ended up with a snack that we enjoyed, but it wasn’t quite worthy of sharing.  And then I had an idea…

Cinnamon Toast Crunch was my brother’s favorite childhood cereal–the box he chose when we were occasionally allowed to buy something sugary.  Then main appeal of the little squares was their cinnamon-sugar coating.  It was dry and granular, suggesting the cereal was tossed in the mixture after cooking, as any sugar added before baking–as I had done until now with the pumpkin seeds–would melt in the heat of the oven.

Besides working really well with the pumpkin seeds, the toss-after-baking technique made for easier cooking–melted sugar is naturally sticky and messy.  I was also able to use far less sugar to achieve the same level of sweetness.  Win-win! 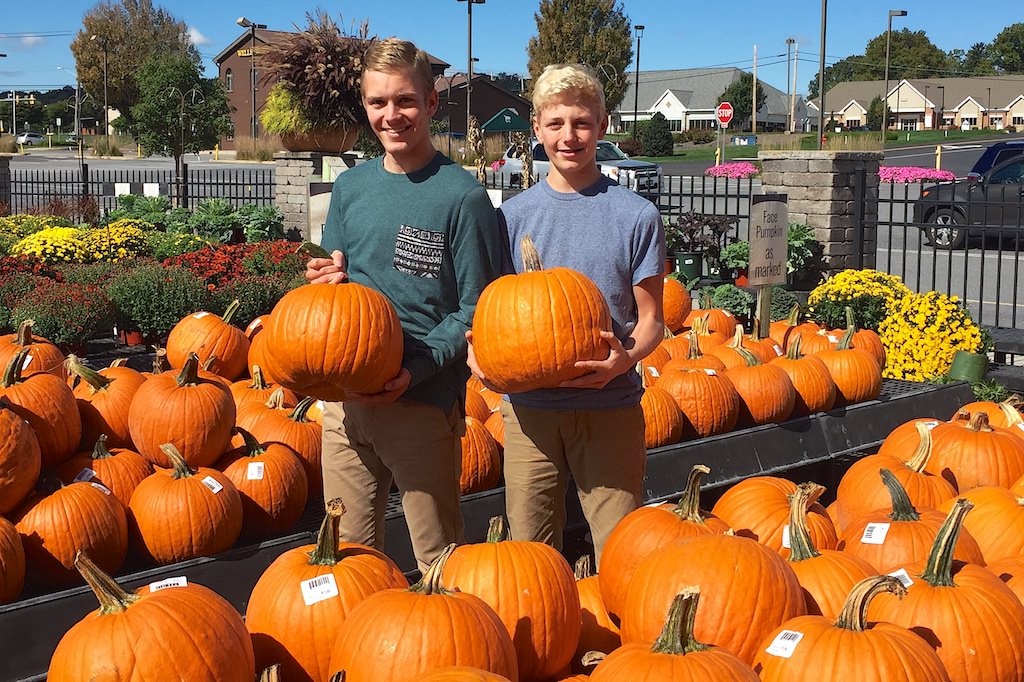 Never to old to carve pumpkins! 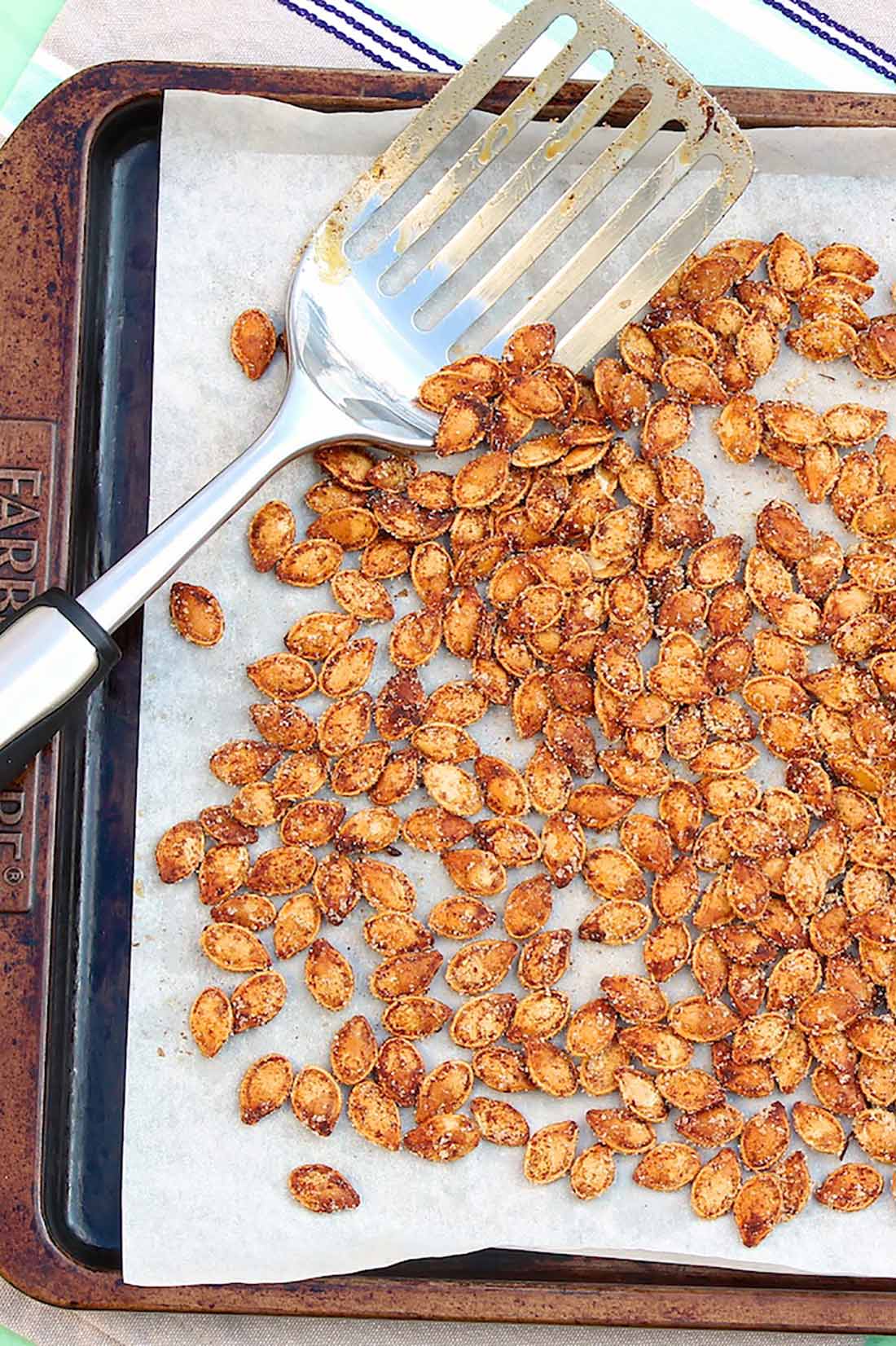