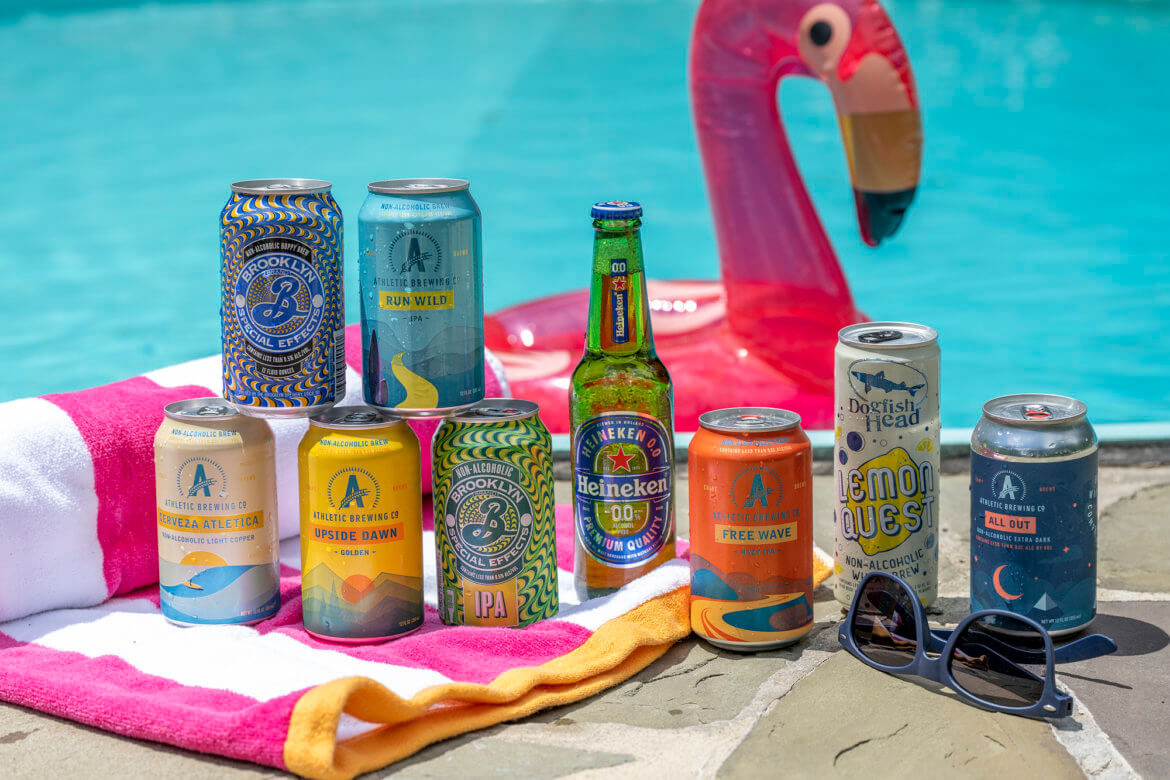 Have you heard the buzz about non-alcoholic beers? We decided to taste a few to see what the hype is all about, and we were pleasantly surprised. Let’s just say O’Doul’s isn’t the only option anymore!

I’m what people call a lightweight. My tolerance to alcohol is so low that even the All Day IPAs kickstart my yawn response, and I retreat to the corner of the party.

I reminded myself of this when I took a break from a recent photo shoot on a blistering hot day. My instinct was to grab a cold, crisp beer, but beer + a work deadline has never added up for me.

That night, I remembered I had a Heineken 0.0% in my fridge because someone had brought it to our house to try (and I never did). I gave it a shot.

It satisfied that refreshing beer experience; but, instead of my brain grinding to a complete halt, I was refreshed, satisfied by it’s classic malty flavor profile, and inspired to get back to my computer and finish my work.

Since we post on all things food AND beverage, I convinced the Fountain Avenue Kitchen team to get involved in some investigating – AKA taste testing – along with me.

The first thing we discovered is that we’re not the only ones jumping on the NA train. Non-alcoholic beers have become super popular. In fact, we found about 15 options to choose from on the shelves of a local supermarket.

Last year I think I noticed about three.

A helpful supermarket staff member shared why he has a new found affection for NA beers. He has wanted to cut back on alcohol without cutting back the beer drinking experience. For me, it worked because I was able to be productive after drinking a full bottle. And, as the Internet tells us, it’s super cool and trendy right now…

So, on that note, here are our favorite NA beers accompanied with food pairings from everyone’s favorite recipe master, Ann Fulton. Enjoy!

This company has the most options readily available likely because they only produce non-alcoholic beers. So, we thought we would highlight a few.

Upside Down Golden Ale was our overall group favorite because we loved the orange zest notes and it really had that beer-like flavor. It would taste perfect with the Grilled Pesto Veggiewich. 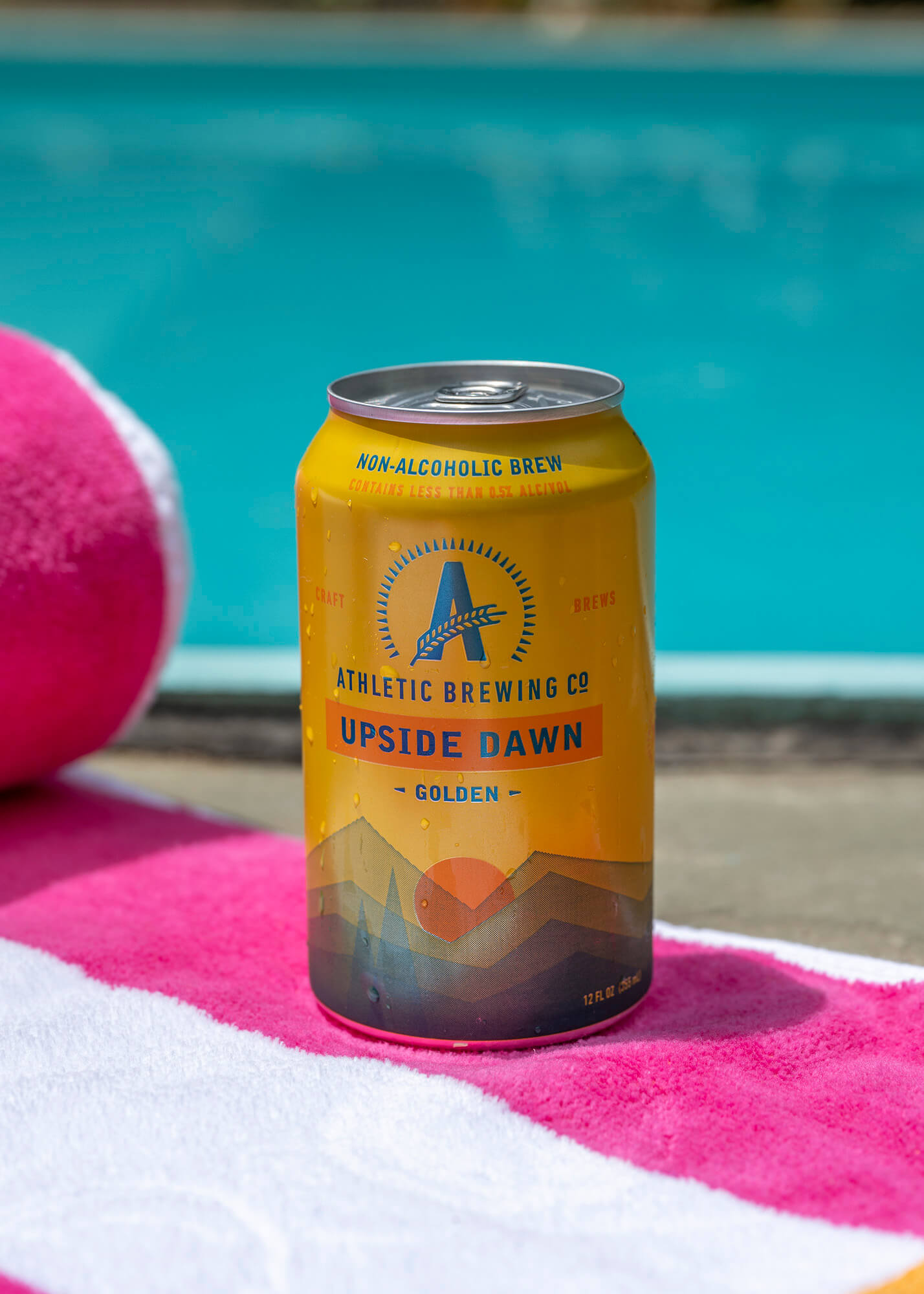 Free Wave Hazy IPA is juicy and apricot forward. This was the group winner of the IPAs, because the other one, Run Wild, felt too thin. These would pair well with the Lean and Mean Pulled Pork Barbecue or the Buffalo Wing Hummus, a tangy party-time favorite.

And though the molasses and coffee notes were there, we weren’t thrilled with the taste of their stout, the All Out Extra Dark. It was almost too light for us. But if it works for you, it could pair nicely with the Blue Cheese and Bacon Braised Trout. 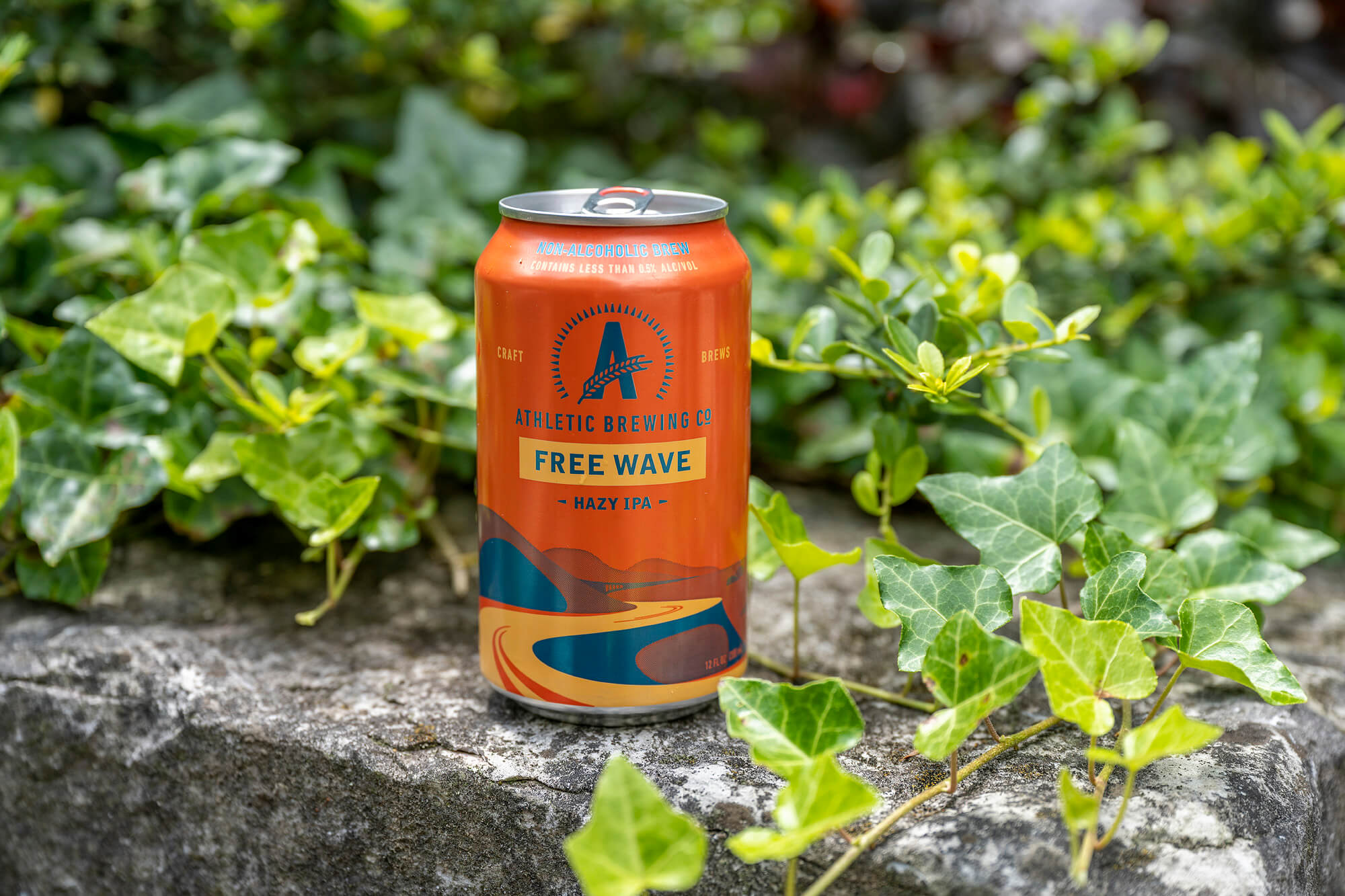 HEINEKEN 0.0%
This lager is the lowest in alcohol, as the label clearly states. It comes in cans, but also bottles, which make it more appealing in our opinion. This certainly tastes and feels most like a traditional, balanced, beer and is refreshing in the same way. It’s a very good replica of the original Heineken flavor profile, you may not even notice the difference if you are a Heineken fan. We love it next to the Tender, Juicy Turkey Burgers or the Tamari Maple Salmon. 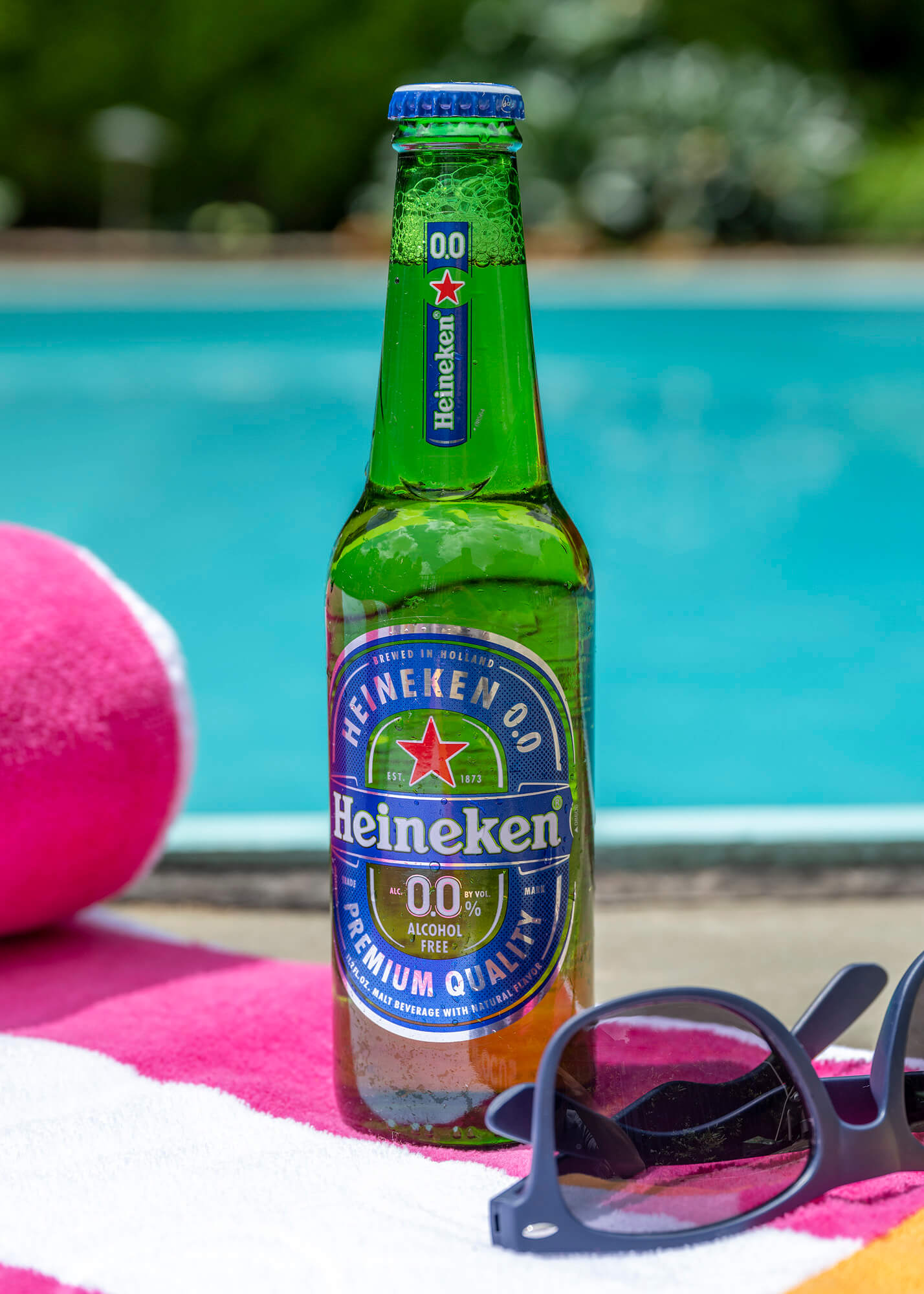 To clarify further, NA beer can be labeled as such even if they have up to 0.5% ABV, similar to the guidelines for kombucha, for comparison.

SAMUEL ADAMS JUST THE HAZE
Long known for their widely palatable beers, this Sam Adams falls right into line with the rest of their brews, and is high on our list of overall favorites. It is smooth, with a balanced citrus juicy-ness as advertised, and it replicates the IPA experience nicely.

Sip alongside the Cheater Shrimp Ceviche (no raw seafood!) for a perfect pairing. 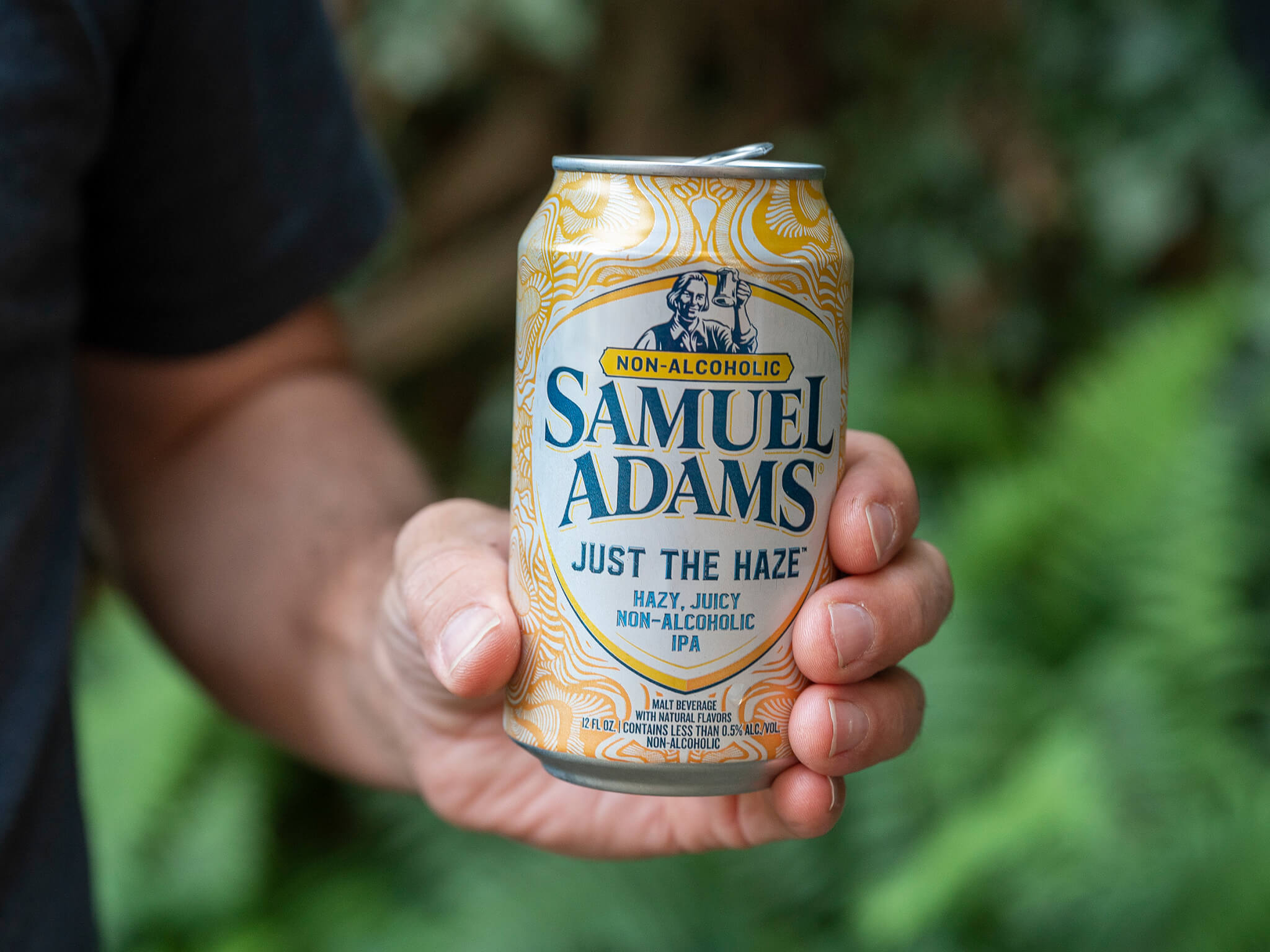 DOGFISH HEAD LEMON QUEST
As the name suggests, this wheat brew is packed with lemon flavor, and very refreshing. We felt like it tasted more like a Shandy (a classic drink made by pouring lemonade into a light beer) than a beer, but we thought it was fun and we enjoyed it.

It could pair nicely with the California Roll Sushi Bowls or even some Pan Seared Lamb Chops. 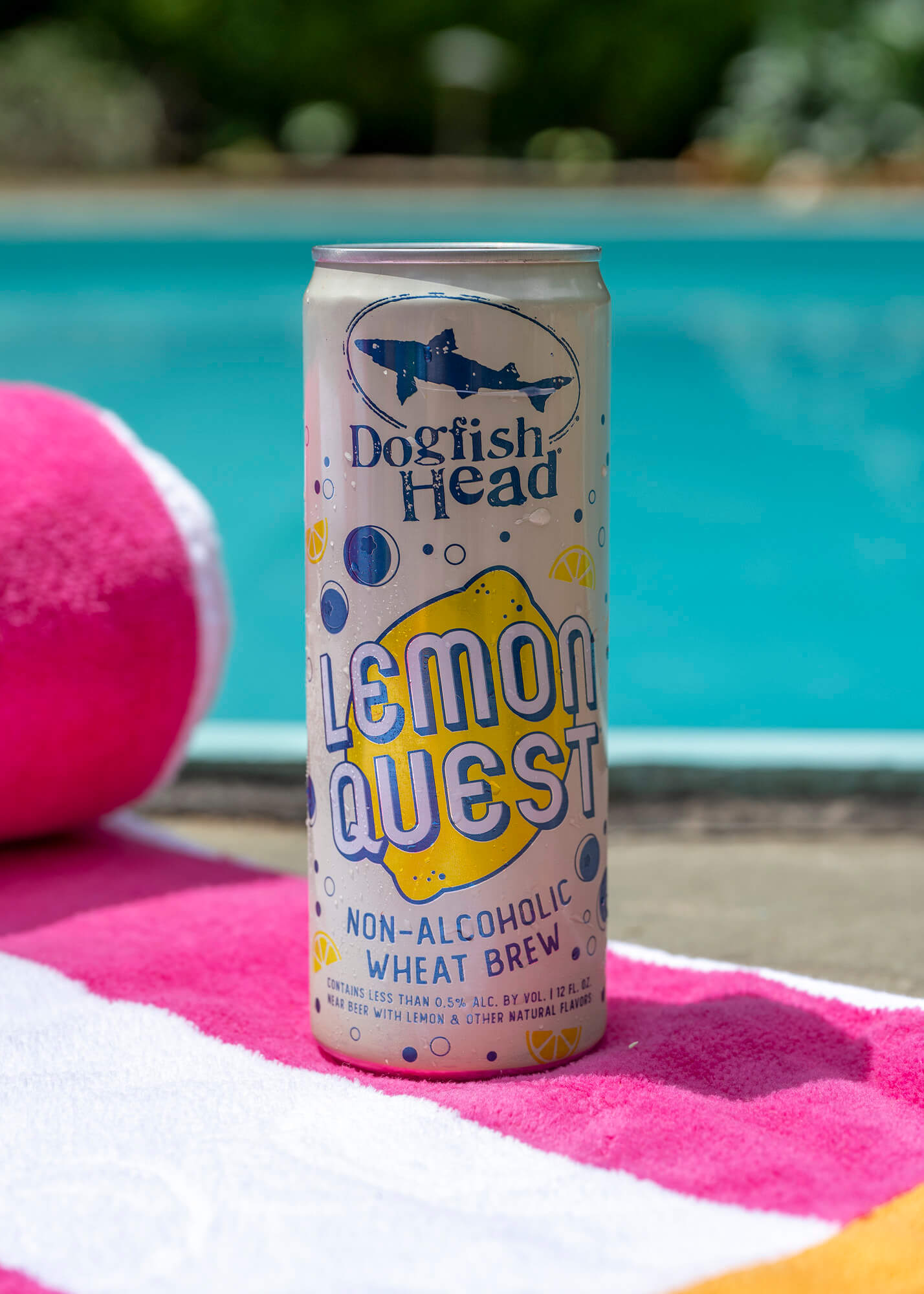 Even though I enjoy a good Portobello Burger, I wouldn’t call it an equal substitute for a hamburger.

Think of non-alcoholic beers similarly. They may not taste the same as a boozy beer, but they can be satisfying and enjoyable in their own right. And given their newfound popularity, having a few of these non-alcoholic beers on hand at the next barbecue may be the spot-on play!