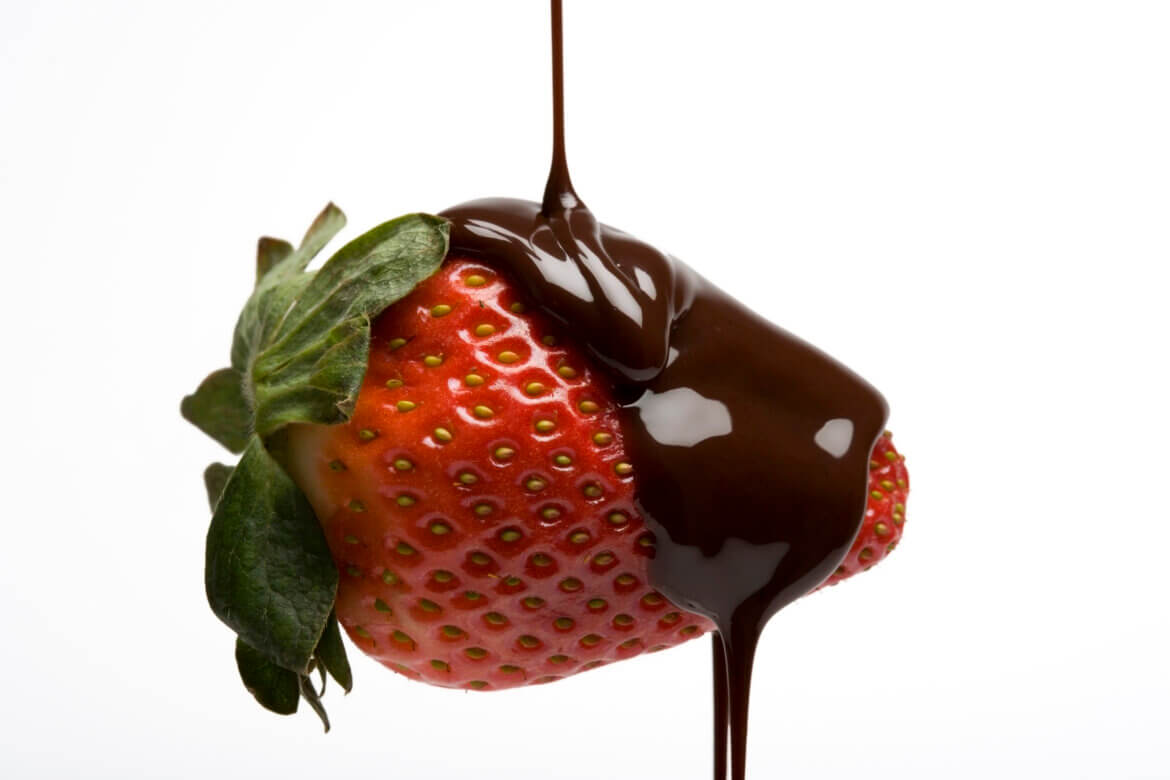 Is any food truly an aphrodisiac? There’s some interesting history and compelling scientific studies that have made us curious. And of course we’ve got you covered with some fun aphrodisiac recipes, just in case it’s the real deal!

What is an aphrodisiac?
An aphrodisiac is defined as a food, drink, or drug that stimulates sexual desire. When used as an adjective, it refers to something that causes excitement. The word is derived from Aphrodite, the Greek goddess of love who supposedly emerged from an oyster shell in the sea.

An Ancient Practice
Since ancient times, cultures all over the world have developed food-based elixirs thought to improve performance, especially for couples unable to reproduce:

Modern day aphrodisiacs
Some foods are considered to be aphrodisiacs because of their shape. For instance, phallic-shaped foods like asparagus or carrots are often classified this way. Other foods – like caviar and fois gras – are associated with romance because they seem exotic or luxurious.

Some foods are categorized as aphrodisiacs because they contain nutrients that have physical effects on the body. But as we know, humans don’t eat individual nutrients; we eat whole foods and meals, and this complicates causative effects.

The scientific community doesn’t consider aphrodisiac research conclusive, nor should these foods be relied upon for sexual prowess. Some studies, however, have indicated that this is possible.

So for the sake of holiday fun, here some of the more popular aphrodisiac foods, the concepts behind why, as well as some recipes to try for the big day!

CHOCOLATE
There a few theories behind why chocolate is an aphrodisiac:

OYSTERS
Oysters have a sensual shape and are known for being pricy, luxurious, and romantic. And though a pricy dinner may lead to a love connection, the research on oysters and aphrodisiacs is due to their high zinc content (a quality common to most shellfish).

WATERMELON
Citrulline in the body is converted to arginine, which plays a role in dilation of blood vessels. Watermelon happens to contain citrulline. The idea is that consumption of watermelon can improve blood flow to all areas of the body (another 😉), and has been referenced in love songs like Beyonce’s “Drunk in Love” and Harry Styles’ “Watermelon Sugar High.”

APPLES
Apples are especially high in a phytoestrogens called phloridzin, which is thought to decrease blood sugar levels (this is not conclusive). It has also been suspected to enhance female sexual function because the structure is similar to other hormones which impact estrogen activity.

The big study in 2014 that linked apples to an increase in sexual activity was conducted using a questionnaire on a group of women in Italy. Results indicated the women who happened to eat an apple every day were more sexually active.

This was not a causality study, but interesting anyway!

ALCOHOL
Light to moderate amounts of alcohol (1-2 drinks) may increase sexual function or desire in men and women. This may also be related to a decrease in inhibition and can also be linked with more sexual risk taking. Research is clearly not conclusive, and alcohol is certainly not appropriate for everyone to experiment with!

POMEGRANATE
Compounds in pomegranate may improve blood flow by increasing NO in men, which may in turn increase blood flow to all areas of the body.

Food vs. Supplements
There are some plants, herbs, and supplements that have been touted as aphrodisiacs such as maca, ginko, ginseng, tribulus, and celery seed.

Using plants as reproductive medicine can be traced back thousands of years, and there is likely merit to some of them; however, the indigenous processing of local plants is not equivalent to the way they are processed for a growing market of supplement users today.

In fact, many of these supplements can interact with other medications people are taking. Many of them are not well regulated. And given that the research in this area is broadly accepted as inconclusive, it may be worthwhile to explore other medical treatments with physician guidance.

Bottom Line
There is very little definitive research to indicate foods we eat have an aphrodisiac effect.

Most research suggests that sexual activity has a positive association with overall health and cardiovascular health. Meaning, if you are feeling well and active, you may be feeling more inclined to get in the mood.

We think that a lovingly-prepared meal or a caring gesture may have a similar mood-enhancing impact! Let us know what you are cooking to celebrate Valentine’s Day this year by sharing your Fountain Avenue Kitchen creations on Instagram or Facebook.